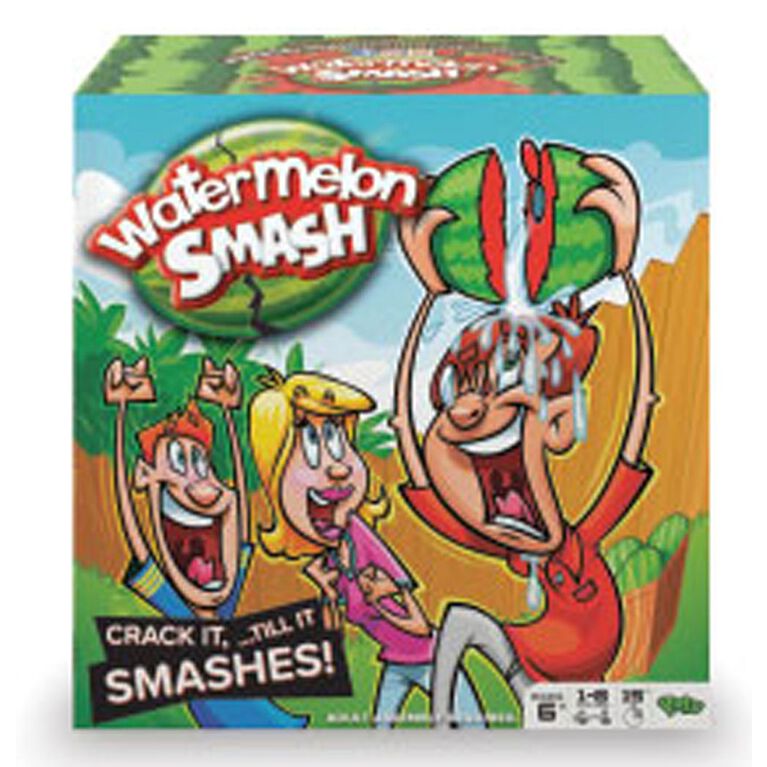 Take a chance on the Watermelon Smash game. The all new hilarious twist on the water roulette challenge. Fill in the watermelon with water (or watermelon seeds, as provided in the pack). Each player spins the spinner in turns, and pressed the watermelon against their head as many times as said on the spinner. A suspenseful game in which you never know when the watermelon cracks and you lose. The last player left in the game wins!
Each pack includes:
Watermelon with seeds, spinner (with plastic arrow and base), and game rules.