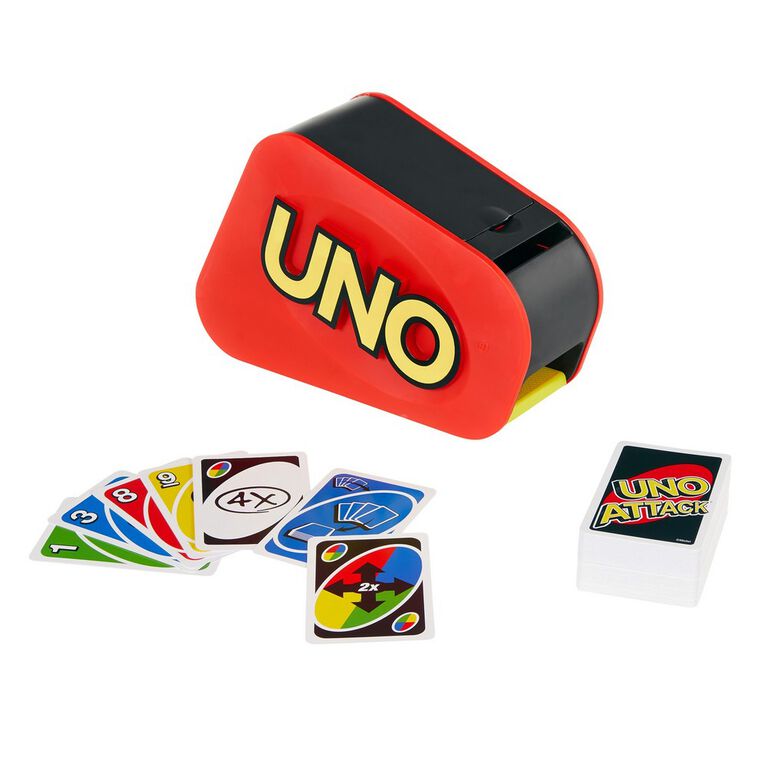 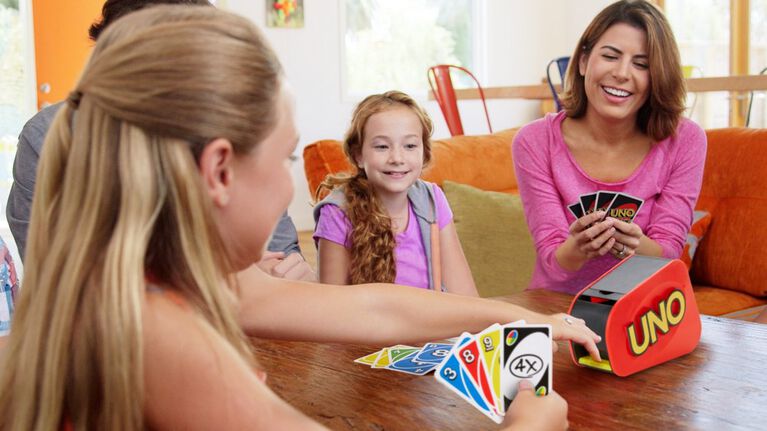 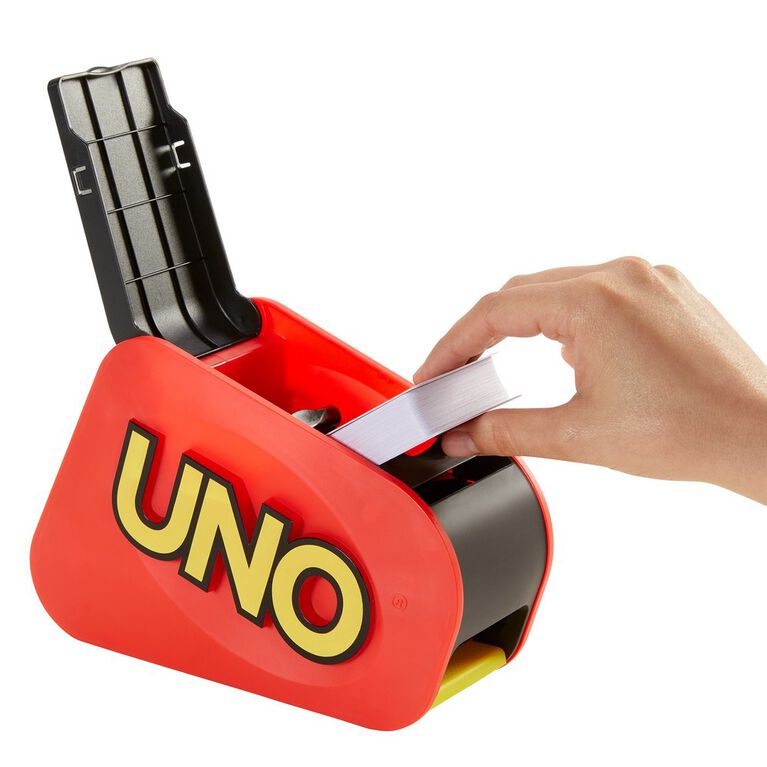 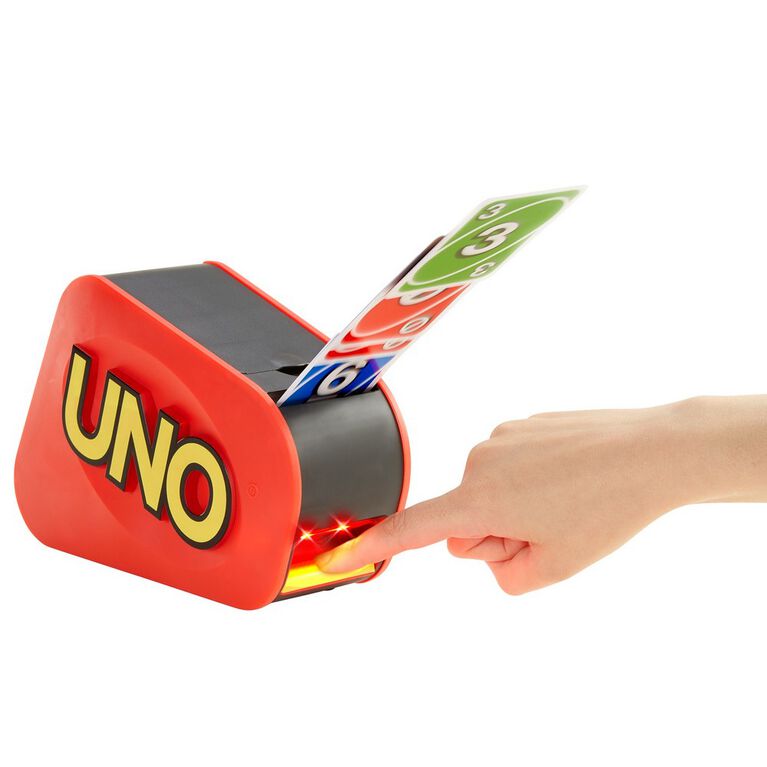 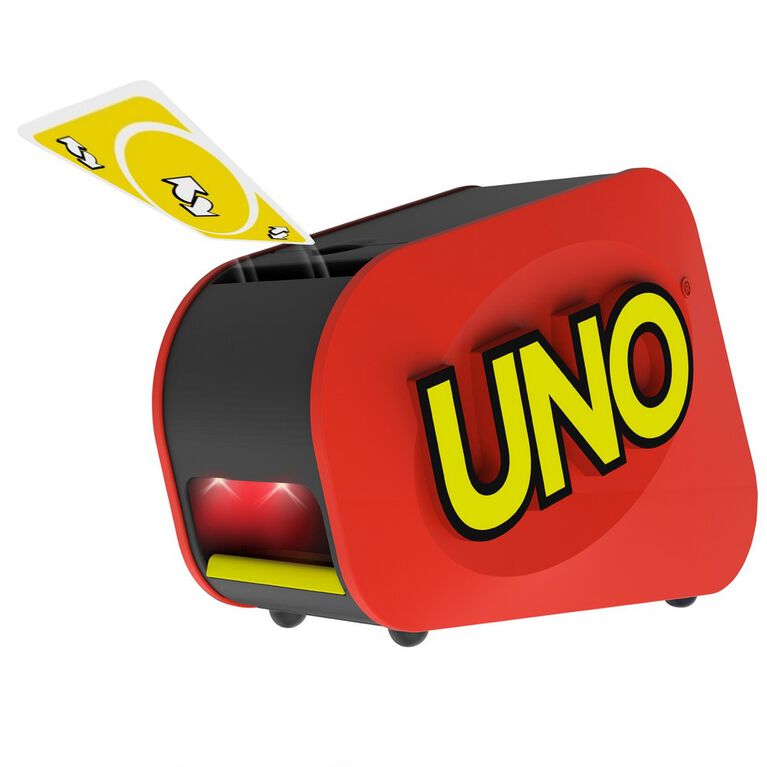 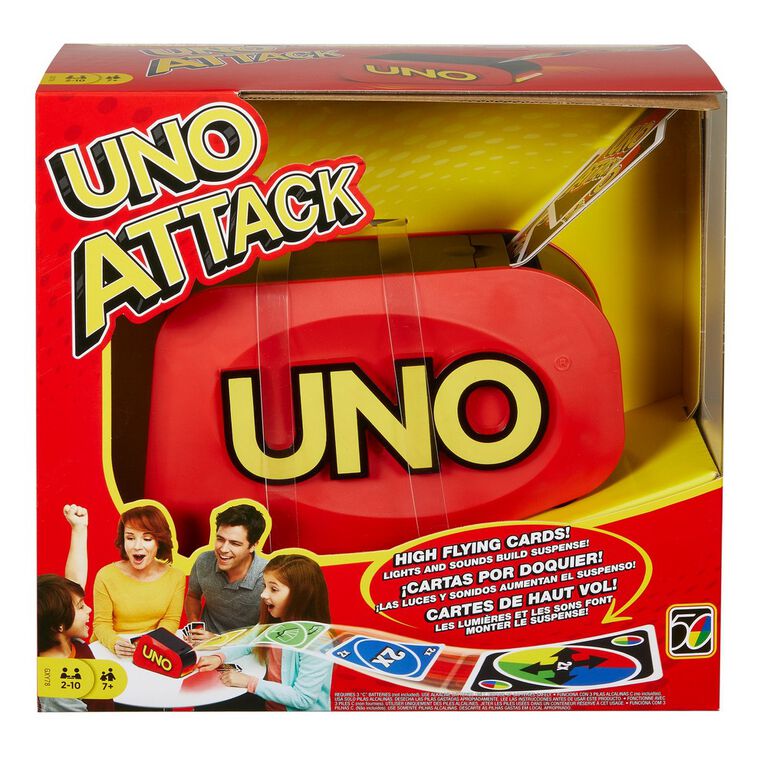 Pinch to zoom
Brace yourself for an exciting, action-packed way to play UNO! If you draw the Attack! Attack! command card, you have to push the UNO Attack game's sleek electronic card shooter. If you're lucky, nothing will happen. But if you're not, the shooter will fire a stream of UNO Attack cards that you'll have to add to your hand! The shooter makes a variety of sounds to further increase the excitement. You can store the cards in the shooter, so the unit is both portable and storable. The goal is still to get rid of all the cards in your hand, and when you're down to one card, don't forget to yell, "UNO!" Contains 112 cards, card shooter, and instructions. For 2 to 10 players, ages 7 and older. Colors and decorations may vary.