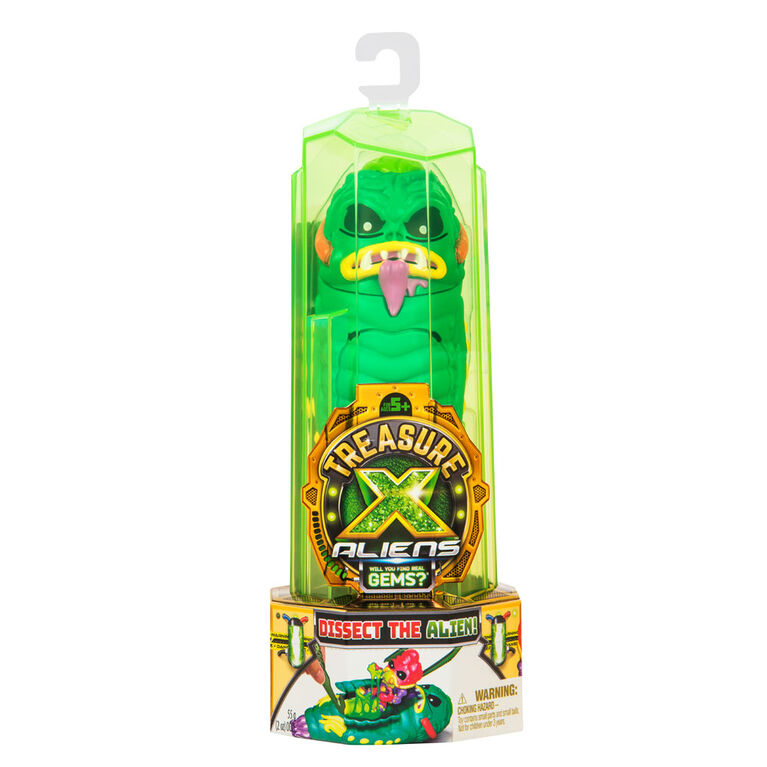 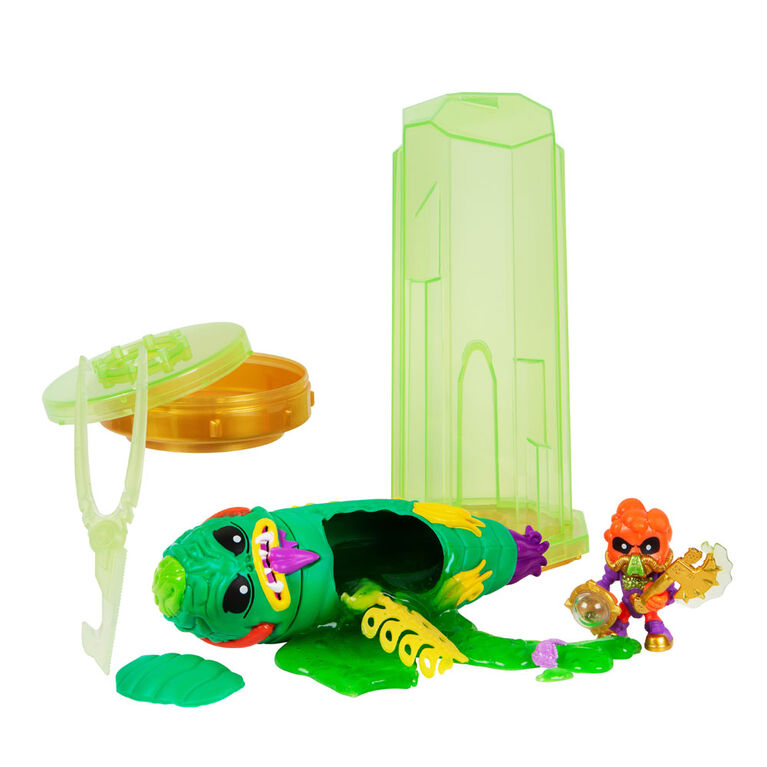 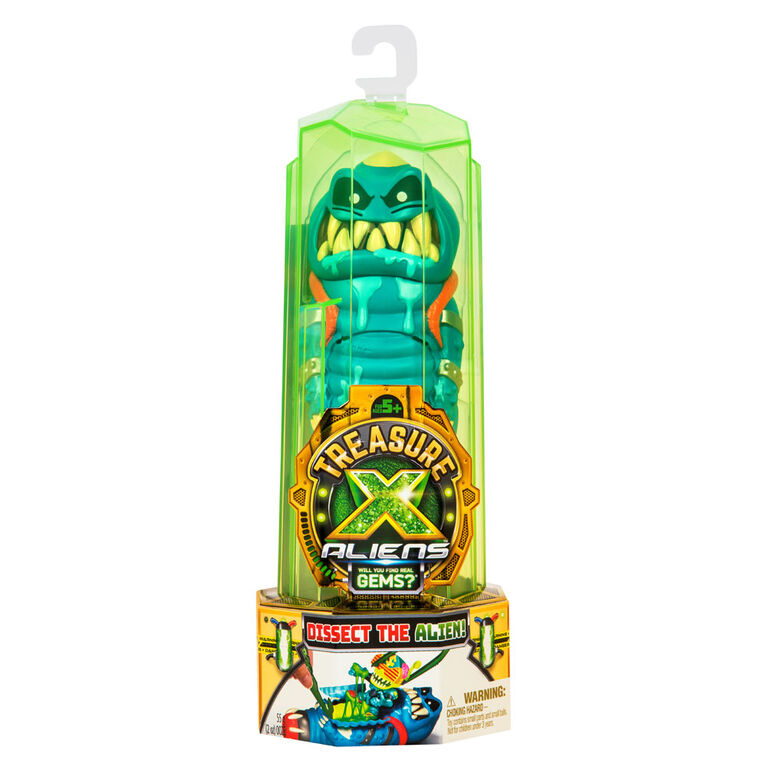 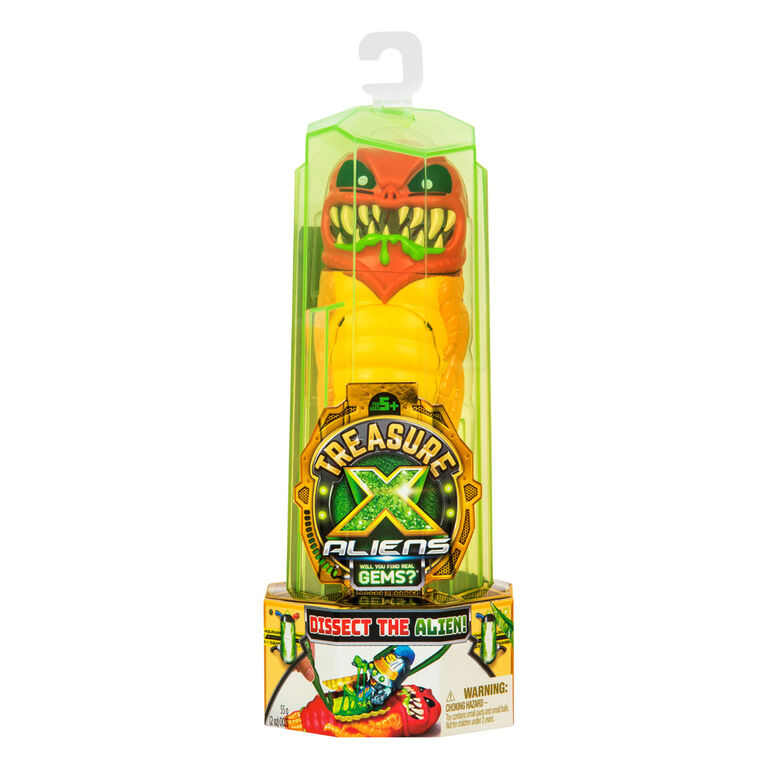 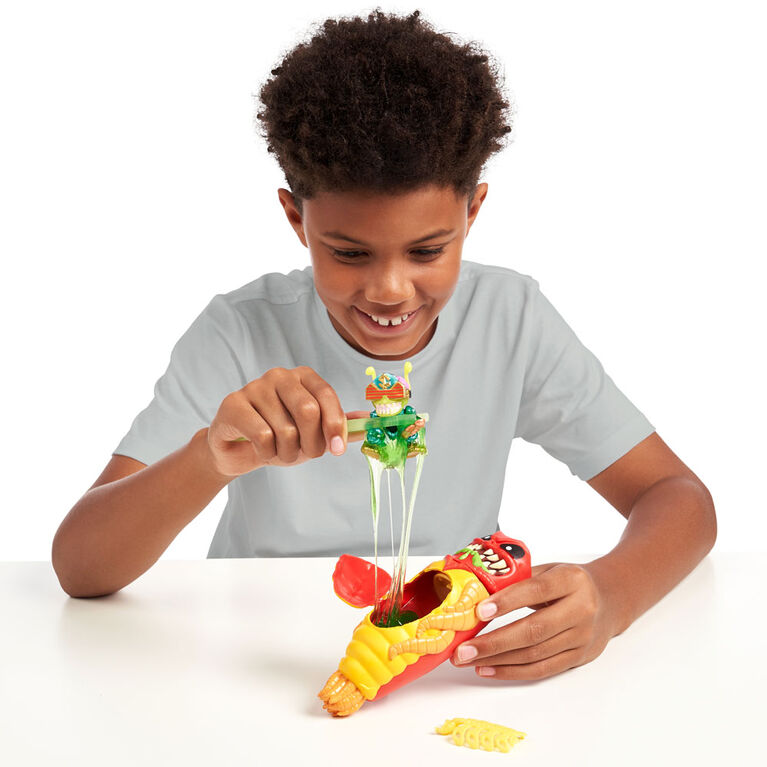 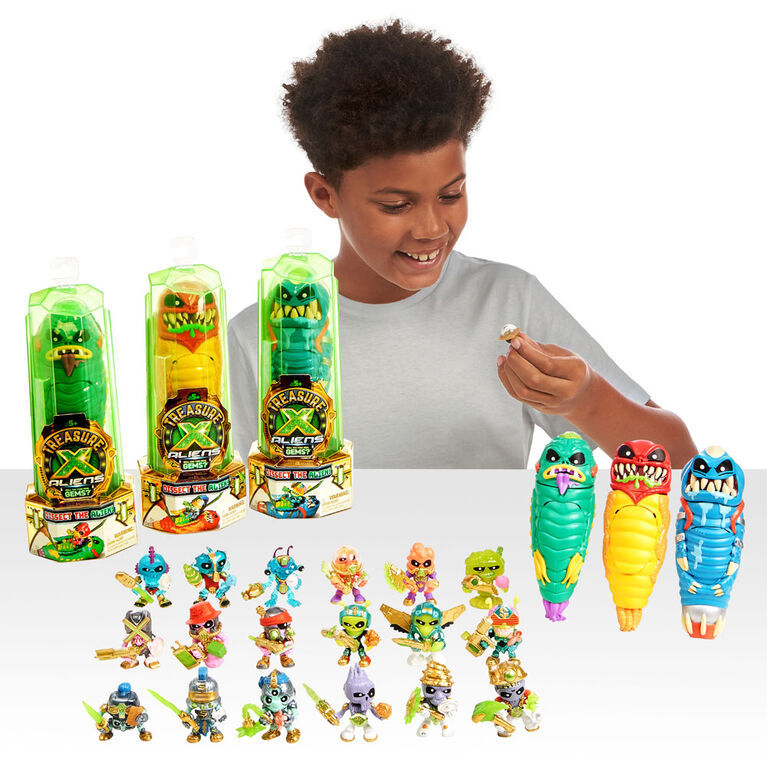 Ooze your way through the galactic quest for real Gems with Treasure X - Aliens! Treasure X Aliens offers a new, slimy and always surprising 12-step reveal experience! Follow the mission objectives to dissect the aliens, save the Hunters and find their treasure! Cut through the packaging using the included tool to release the alien from his Crystal Vessel, then slowly dissect the alien belly to save the Treasure Hunter! Don't forget to look out for the rib cage, gut critter and the green ooze within! Within each alien body, you will also find an included weapon and a treasure which could be the rare space gem! These gems are actually known as ‘peridot, ' some of which have been found in meteorites! So your gem could actually be from outer space!! Once you've finished the dissection, you can store the ooze in the container provided or squish it in the alien head and watch it squelch out of the eyes, mouth and nose! With a dissection process that is out of this world, the chance to find real space gems and a whole new galaxy of 18 Treasure Hunters to discover and collect, the Treasure X Aliens Single Pack is the most ultimate play experience in the universe!