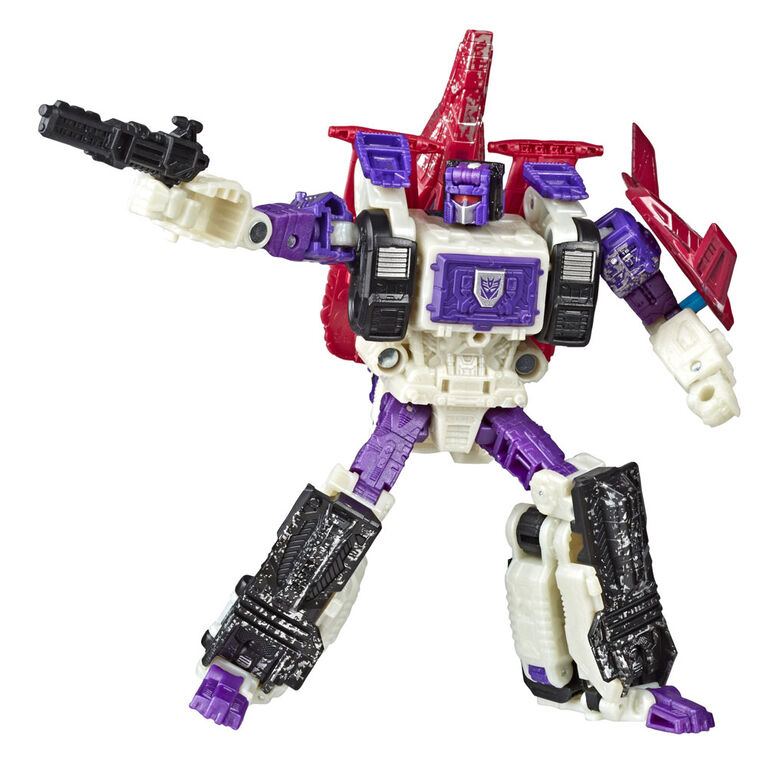 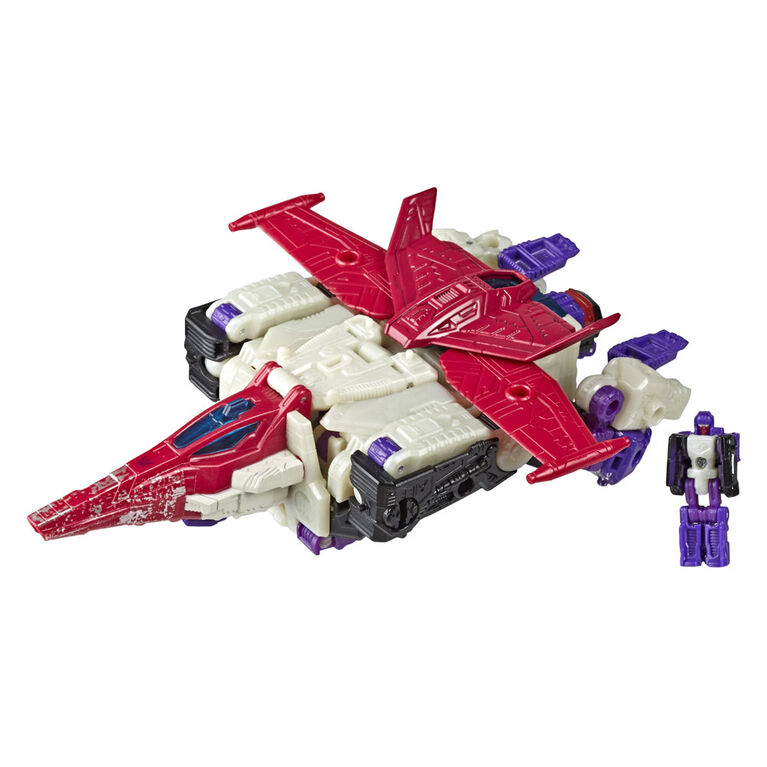 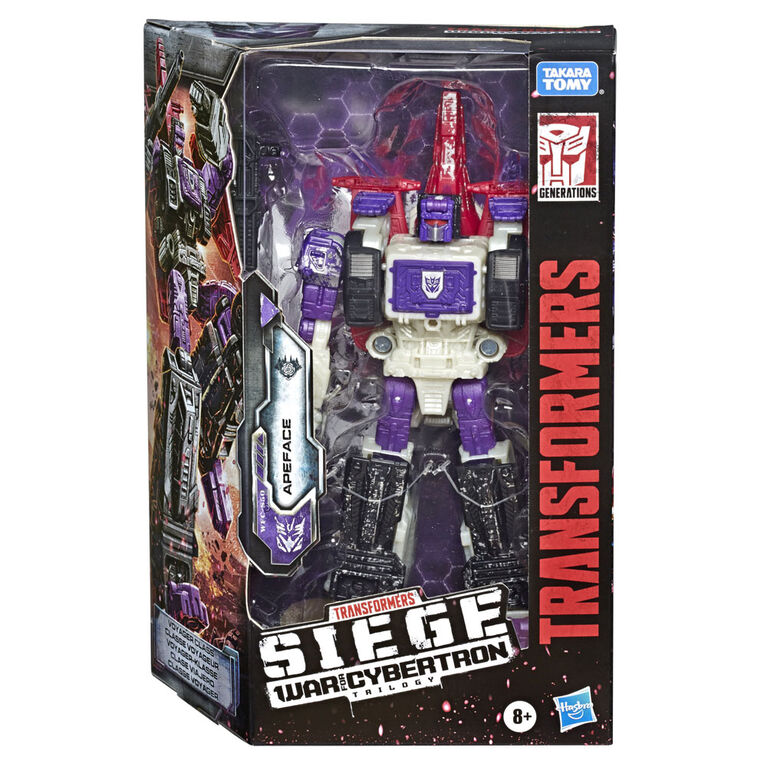 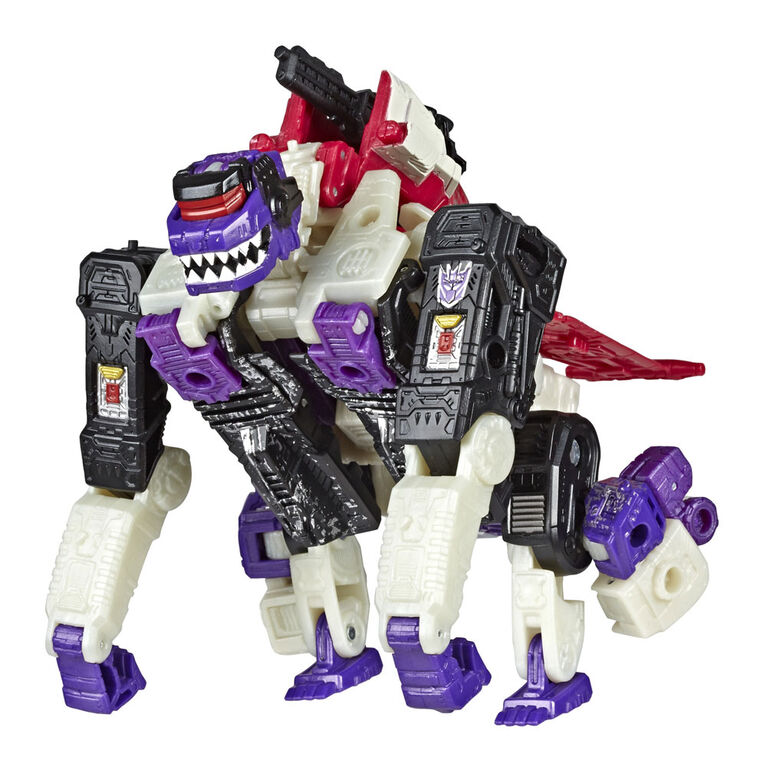 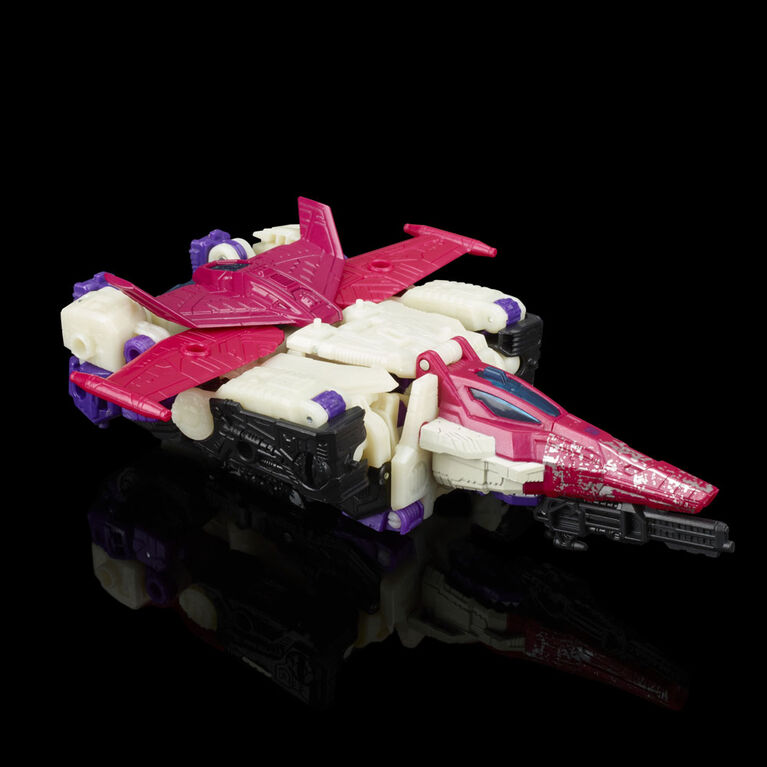 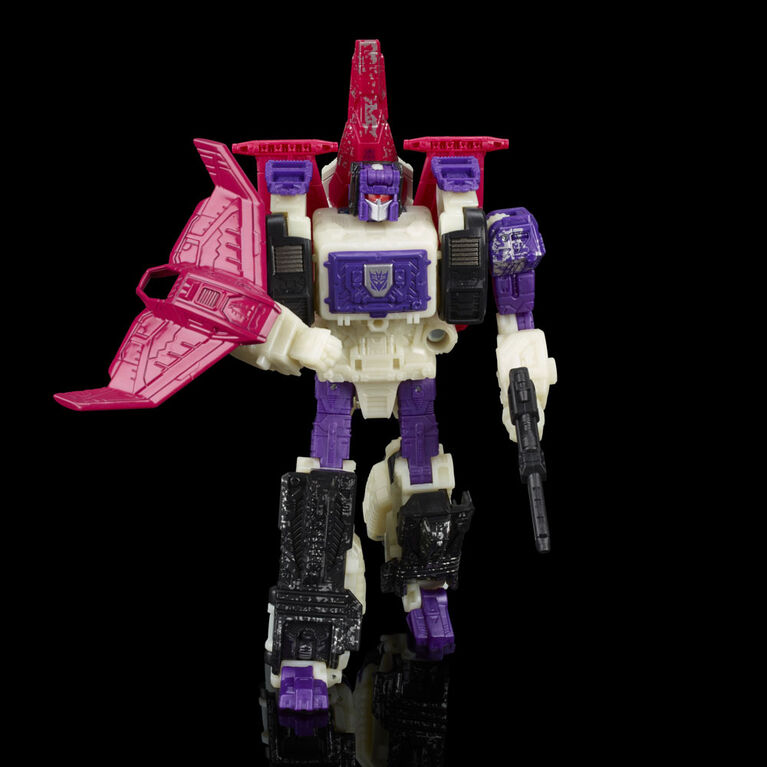 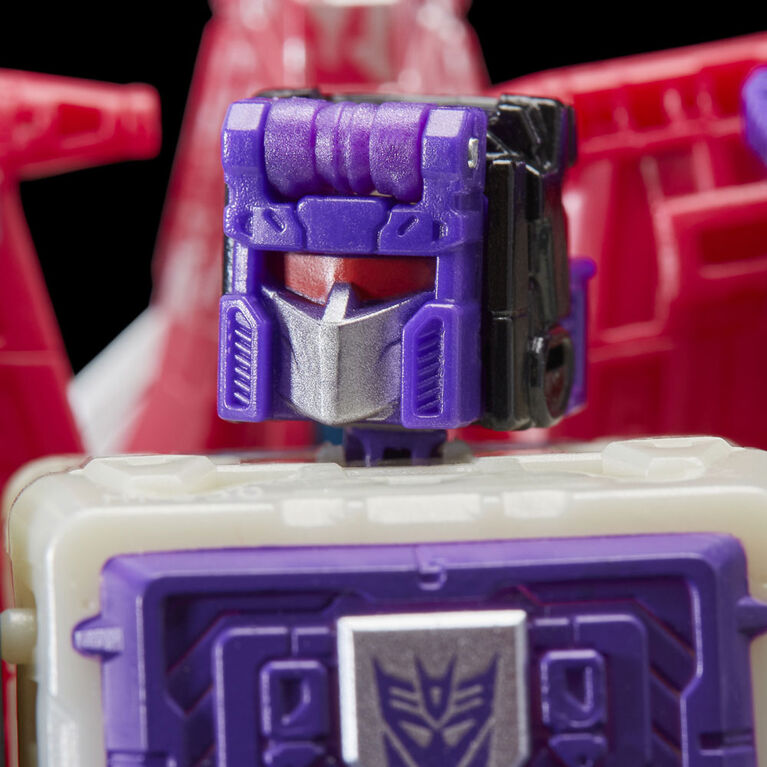 Build the ultimate battlefield with Siege figures (each sold separately). Siege plunges fans into the epic fight to survive on the final day of the Autobot and Decepticon battle to control Cybertron. The Decepticon resistance army and the Autobot counter-resistance fighters gear up with the C.O.M.B.A.T. (Cybertronian Omnifuctional Modular Battlefield Assault Tech) System, the universe's most advanced modular weaponry -- including the intimidating Decepticon army raider and commando, Apeface.

Apeface figure is a Triple Changer with ape and aircraft modes. Fans can remove the head of the Apeface figure's ape mode and convert it to his Titan Master, Spasma.

Ages 8 and up
Warning: Choking Hazard - Small parts. Not for children under 3 years