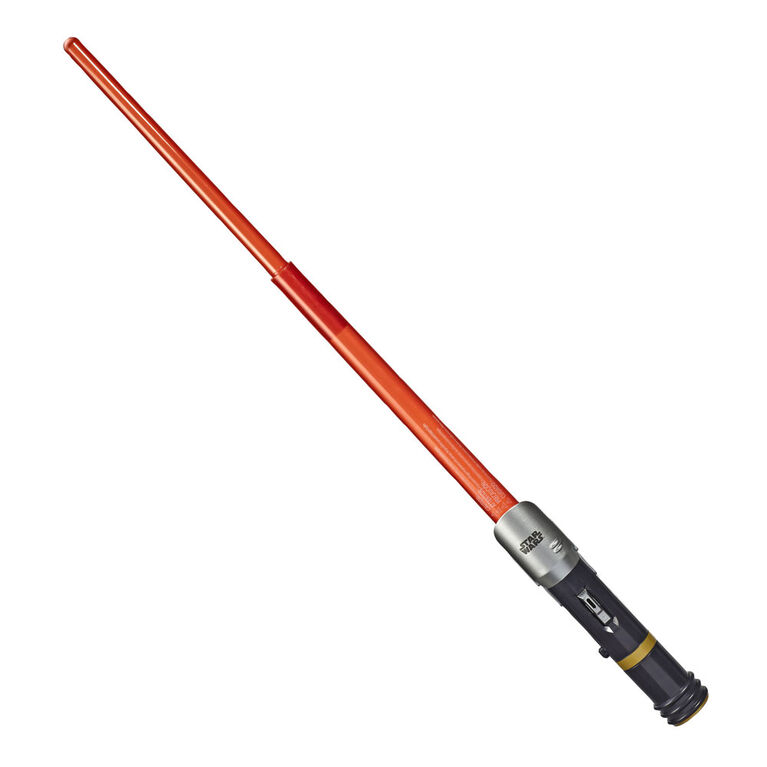 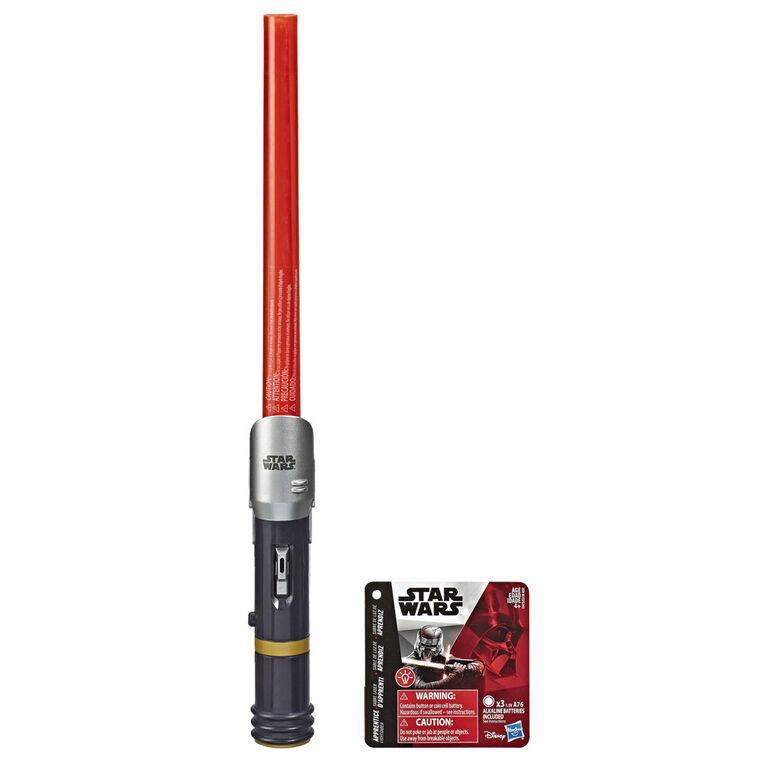 Ages 6 and up
CAUTION: Do not poke or jab at people or objects. Avoid swinging lightsaber near breakable objects including smart device.
Check starwars.hasbro.com/apps for Lightsaber Academy app availability, compatibility, and release/update dates. After app update, app will be available through 2/1/2020. App is not guaranteed to be compatible with any future operating systems or devices.