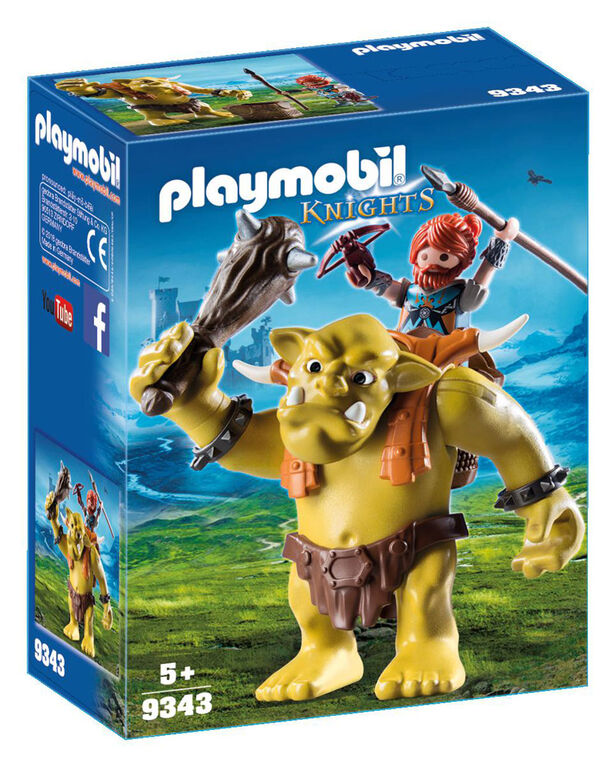 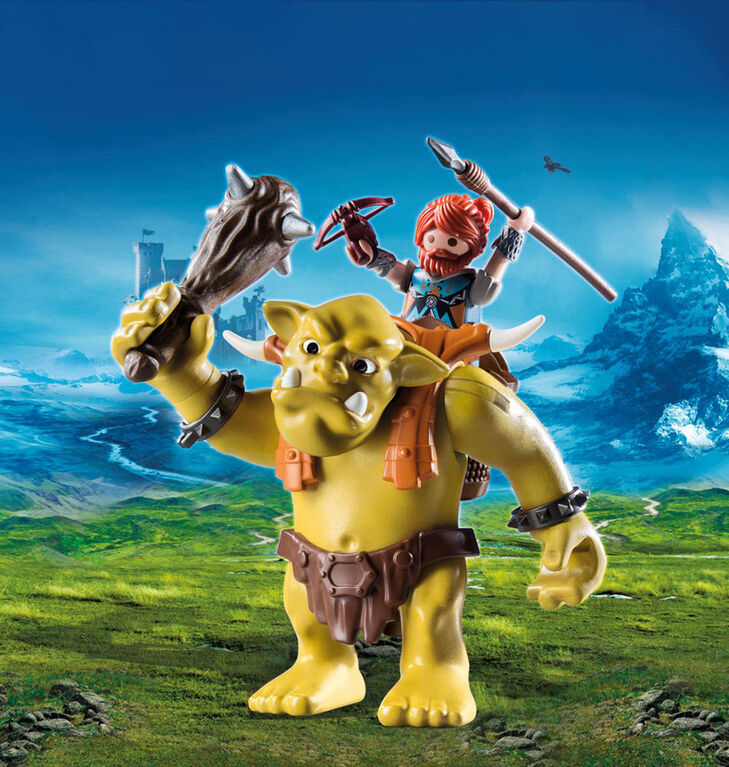 Bring in the muscle with the Giant Troll with Dwarf Fighter. The Dwarf Fighter can ride in the basket that attaches to the Giant Troll’s back, giving him an advantage over his enemies. Using his movable arms, hands, and head, the trolls clears the path for the dwarf army while the warrior uses his crossbow to ward off enemy fighters. At night, you can see the troll coming from afar thanks to his glow-in-the-dark horns, teeth and eyes. Combine this set with the rest of the PLAYMOBIL Dwarf Kingdom theme (#9340-9345 – sold separately) to fully bring the story to life! Set includes one dwarf fighter, giant troll, club, carrying basket, and battle accessories.