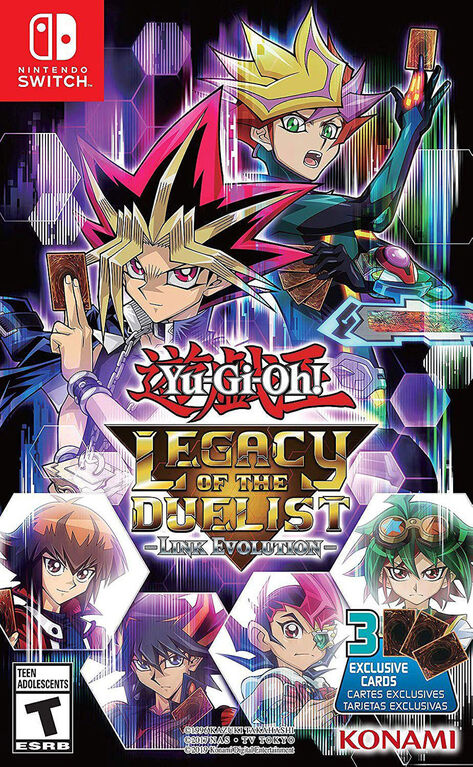 The Yu-Gi-Oh! TRADING CARD GAME (TCG) is the #1 trading card game in the world with over 25 billion cards sold. It is a game of strategy, where players create individual Decks of cards collected from Structure Decks and Booster Packs. Two players engage in a Duel while using cards that represent powerful monsters, magical Spells and surprising Traps. Duelists with well-constructed Decks, dominating monsters, solid strategy and good fortune are the victors in the Yu-Gi-Oh! TCG. Konami Digital Entertainment, Inc. is the exclusive licensee and rights holder to the Yu-Gi-Oh! TCG in North America and Latin America.
The Yu-Gi-Oh! animated franchise, with nearly 600 episodes consisting of the original Yu-Gi-Oh!, Yu-Gi-Oh! GX, Yu-Gi-Oh! 5D's, Yu-Gi-Oh! ZEXAL, Yu-Gi-Oh! ARC-V, and Yu-Gi-Oh! VRAINS, has been translated and broadcast in 90 countries on many of the top leading networks. 4K Media Inc., a wholly owned subsidiary of Konami Digital Entertainment, Inc., is responsible for brand management, licensing, and marketing of Yu-Gi-Oh!, as well as production and distribution of the Yu-Gi-Oh! television series.