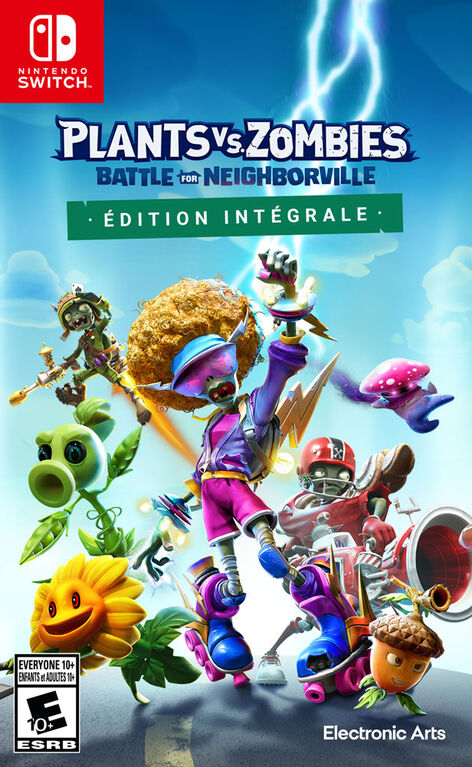 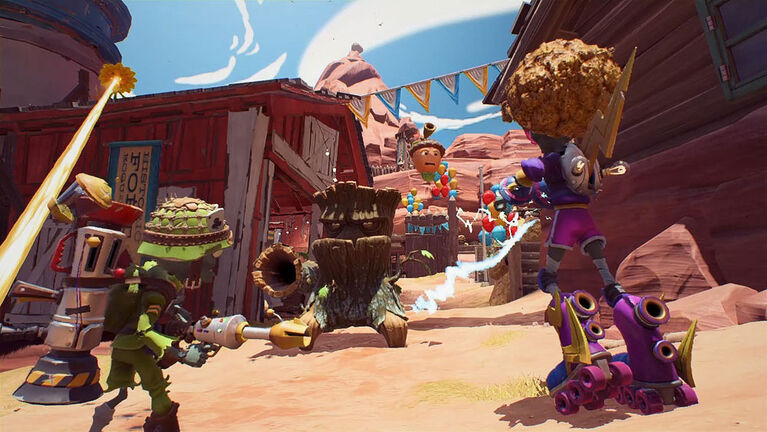 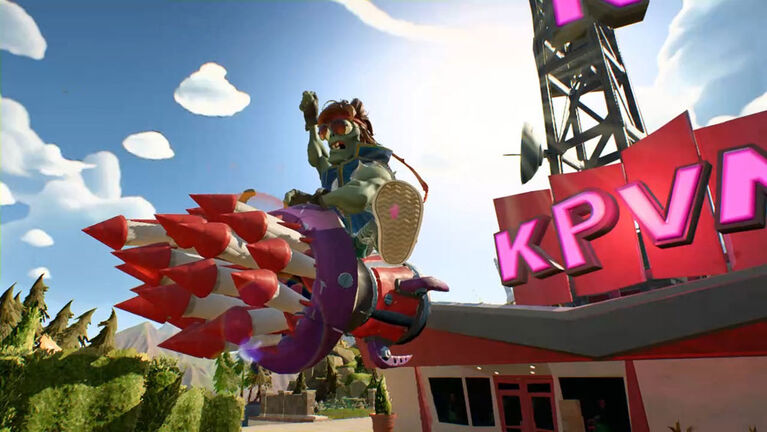 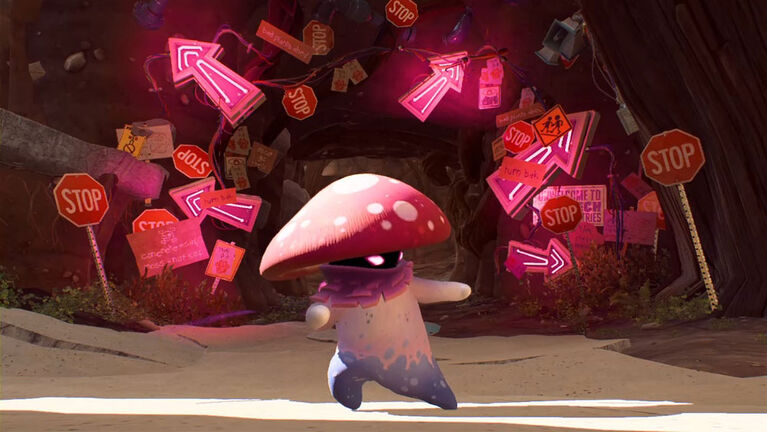 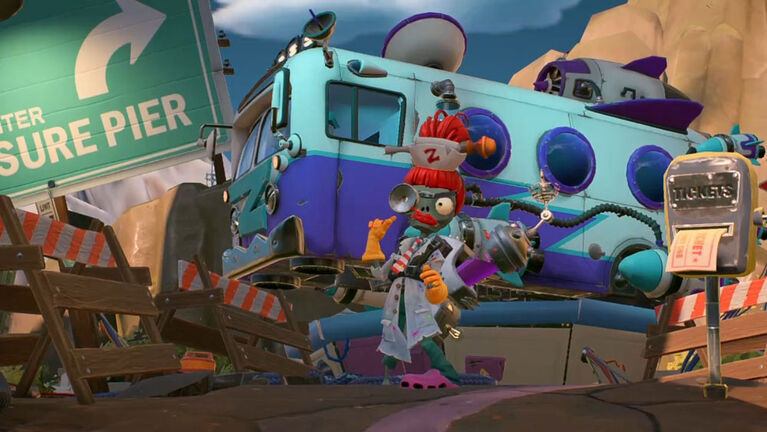 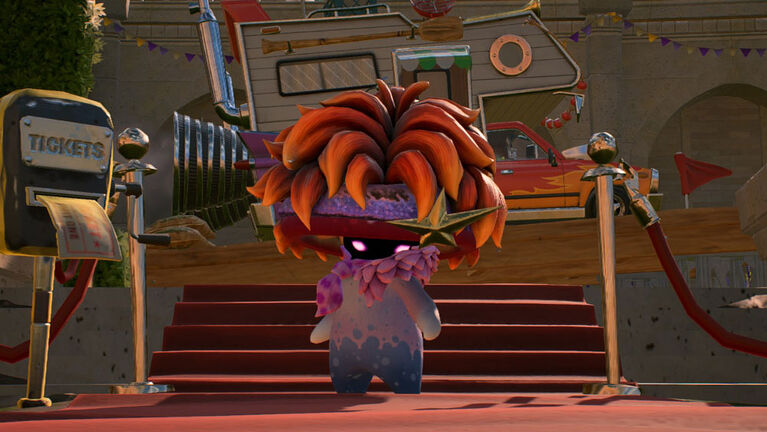 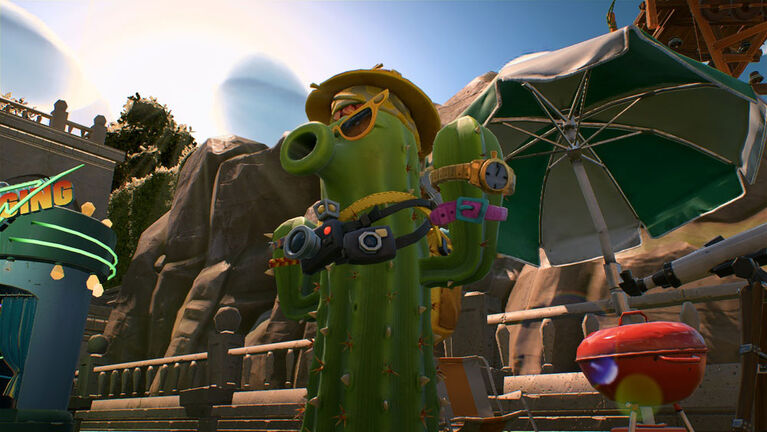 Pinch to zoom
Ready the Juice Cannons and prepare for battle in Plants vs. Zombies: Battle for Neighborville™, the wackiest shooter yet!

Now on Nintendo Switch, tackle hilarious missions and defeat epic bosses in the Weirding Woods, Mount Steep, and Neighborville Town Center to collect medals and unlock outrageous outfits. Party with up to three friends and goof around in Giddy Park or dive into some 8v8 multiplayer in Turf Takeover, vanquishing opponents, blasting gnome bombs, bouncing on pink ooze – it’s the most fun you’ll have since sliced bread.

Take your system anywhere, and prepare to kick some grass offline and online in a plant-on-zombie conflict that will take you to the outer edges of Neighborville and back again!

Motion Controls & Touch Menus - Use motion controls for aiming, with a full range of settings to customize to your preference. Interact with UI menus throughout the game using touch input including map zoom.

Prize Map Selector - Choose from and interact with all 12 prize maps at any time, and exchange prize bulbs for unbeleafable rewards!

Rux Coin Store - Earn in-game coins only through play, and spend them at the Rux Store to unlock cool customization items, characters and perks.

Free Shipping when you spend $75
Promotion details
Free Shipping when you spend $75
Offer applies to selected items for delivery by regular standard shipping only and excludes delivery to some remote locations. Up to the maximum of $20 shipping value. Any shipping expense over this $20 per order maximum amount will be charged to your order. Free Shipping applies only to orders with qualifying merchandise greater than $75 and does not apply to gift cards. Free Shipping offer excludes all large item items, such as; Gym sets, houses, large play sets and bikes, all large furniture items and other select items. Toysrus.ca offers "Free Shipping" on select items throughout the site. The shipment of orders to certain remote locations is excluded from these offers. In these instances, the standard delivery charge will be visible during the checkout process. On some products, special handling fees may still apply. If your order contains items that are ineligible for "Free Shipping", you will be charged for those items. Add item to your shopping cart and proceed to checkout to receive discount. While quantities last. Offer valid only while supplies last and not applicable to canceled orders due to out-of-stock merchandise. Discount not applicable with returned merchandise; total discount will be deducted from the value of any returned item to which the discount applied. This offer is not valid on previous purchases. This promotional offer may be modified or terminated at any time without notice. We reserve the right to cancel any order due to unauthorized, altered, or ineligible use of a discount.
Our recommended Age: 10 - 14 years
ESRB Rating: Everyone - 10 years and up
Our recommended Age