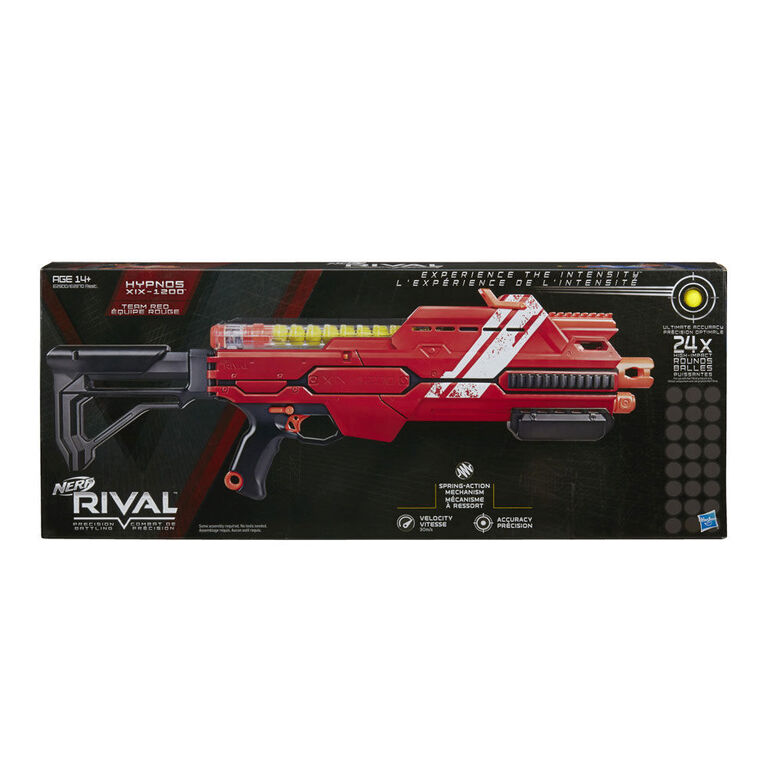 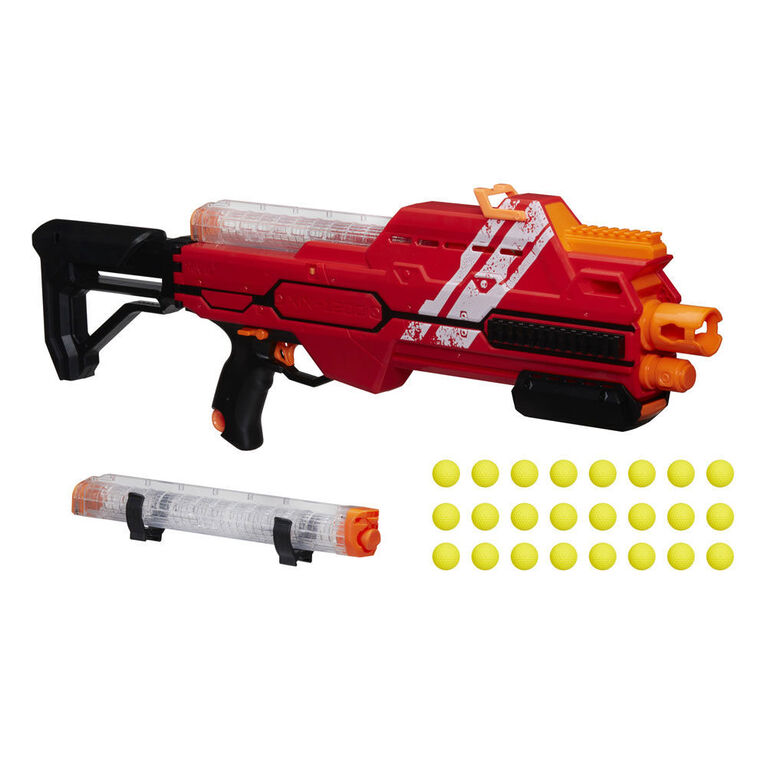 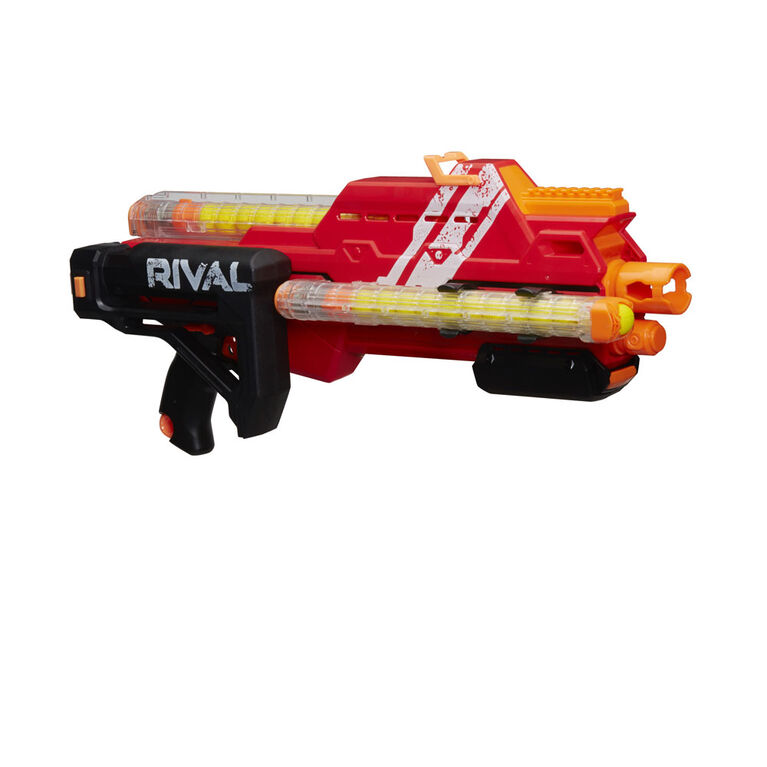 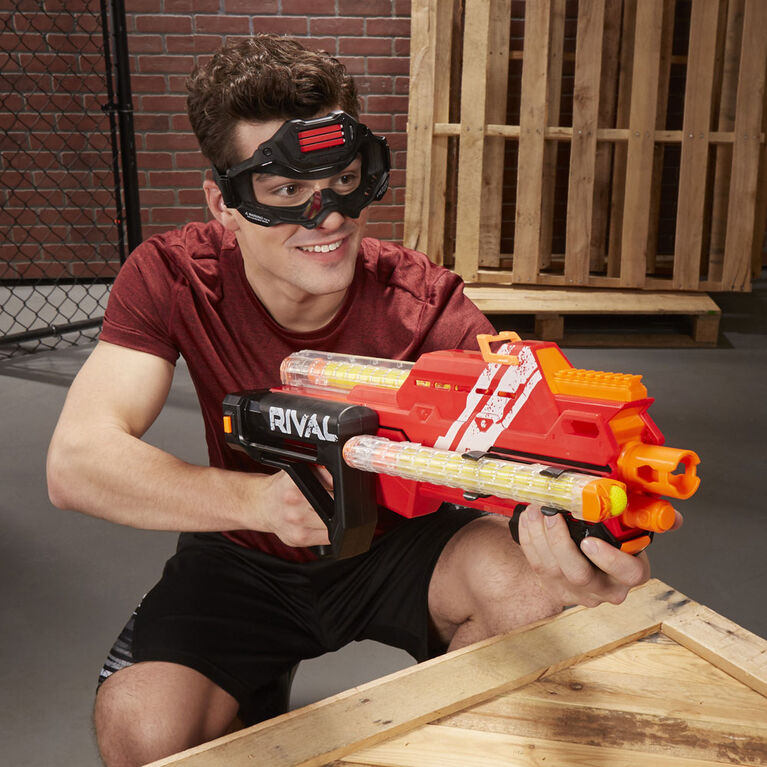 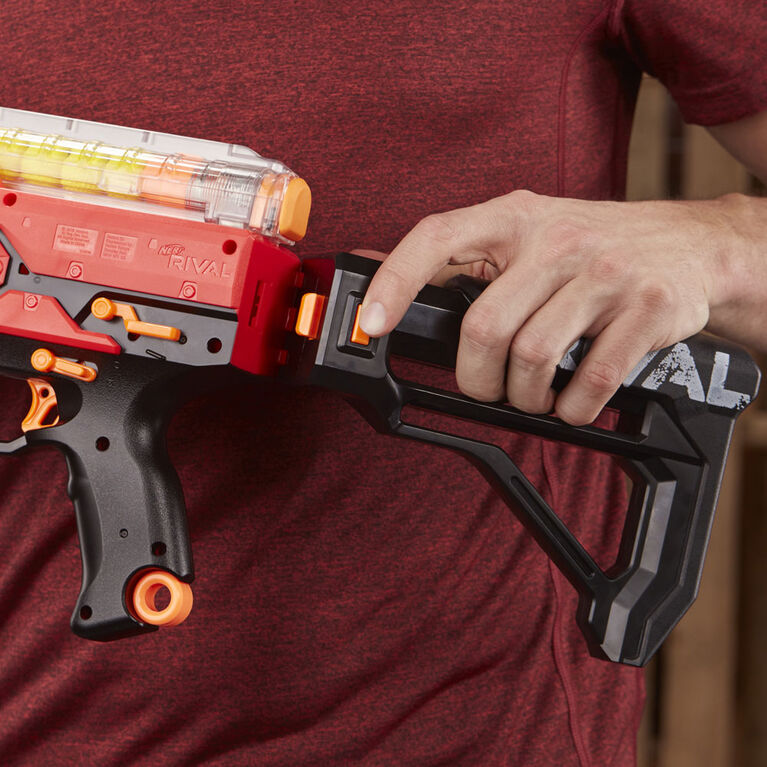 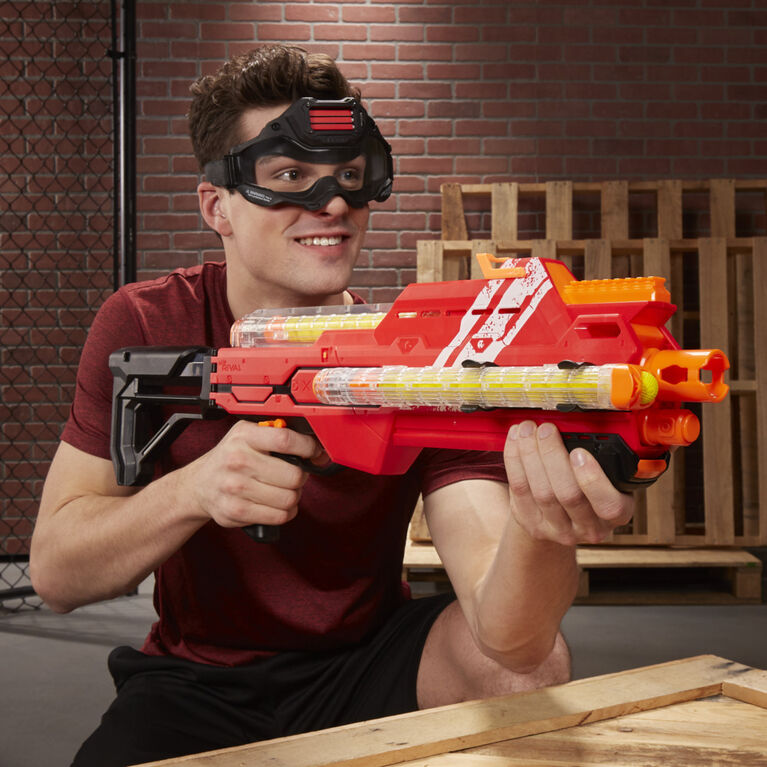 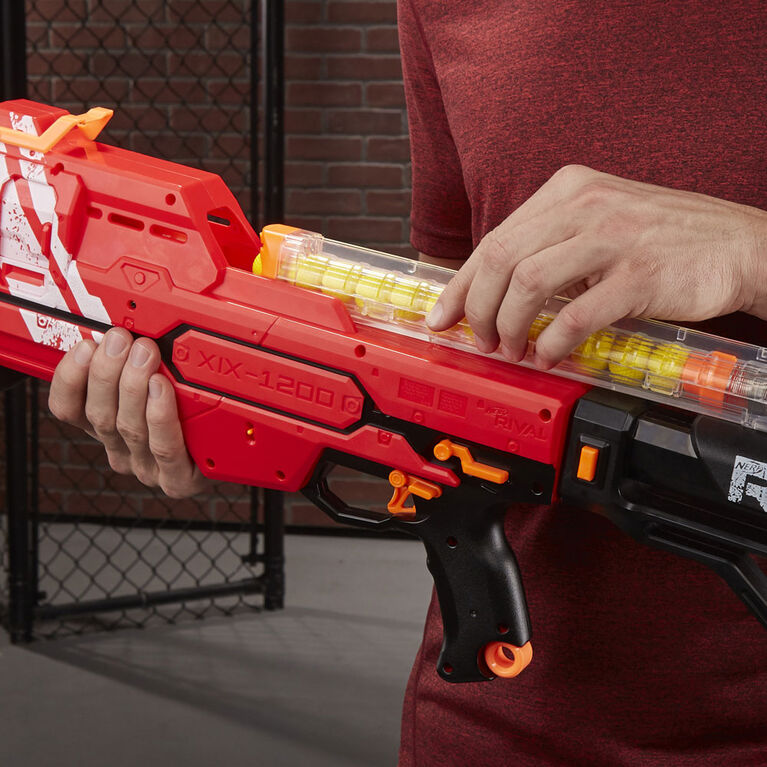 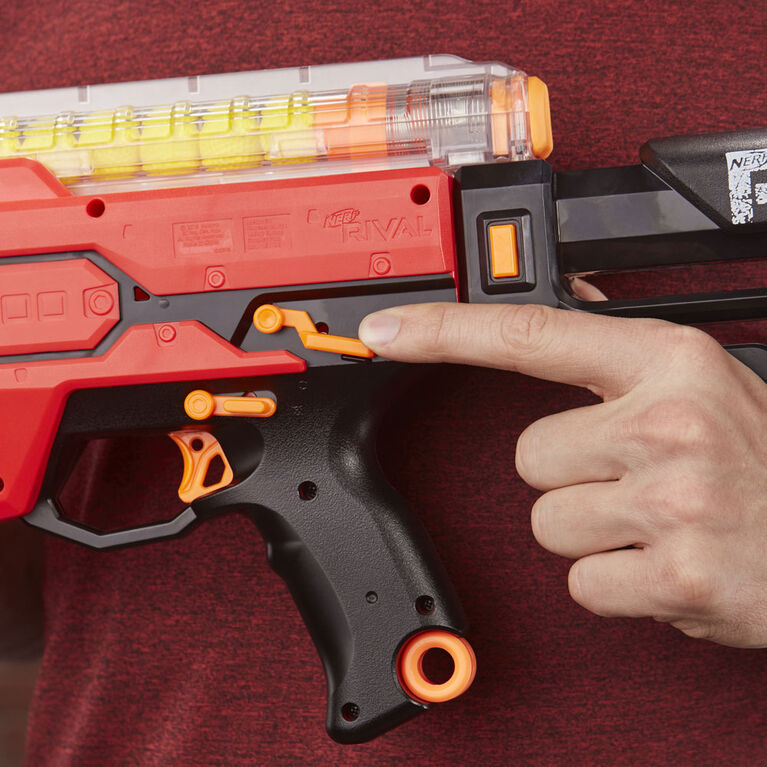 Pinch to zoom
The Nerf Rival Hypnos XIX-1200 blaster has a folding stock and 2 magazines, so players can customize it for action and keep a back-up magazine ready for reloading! Fold the stock on this spring-action blaster to create a compact configuration for games that take place in close spaces, as well as for portability and storage. Press the stock release to fold the stock to the side of the blaster. This red blaster has a 12-round capacity and includes two 12-round magazines and 24 high-impact rounds. Load one magazine into the blaster, and store the second magazine on the blaster with the 2 clips that attach to a tactical rail. Move the magazine release to remove the empty magazine when it’s time to reload. To fire, move the pump handle backward and forward, and pull the trigger to unleash 1 round at a velocity of 100 feet per second (30 meters per second). The blaster has a trigger to lock to prevent it from firing accidentally.

Experience the intensity of Nerf Rival competitions with the Hypnos XIX-1200 blaster
Features a folding stock to create a compact configuration for close spaces, portability, and storage
Comes with two 12-round magazines, 24 high-impact rounds, and 2 clips that attach to the tactical rail to hold the second magazine for fast reloading
Has a spring-action mechanism, trigger lock, 2 tactical rails, stock release, and magazine release
Fires rounds at a velocity of 100 feet per second (30 meters per second)

Ages 14 and up
For use with Nerf Rival products only.
Some assembly required. No tools needed.