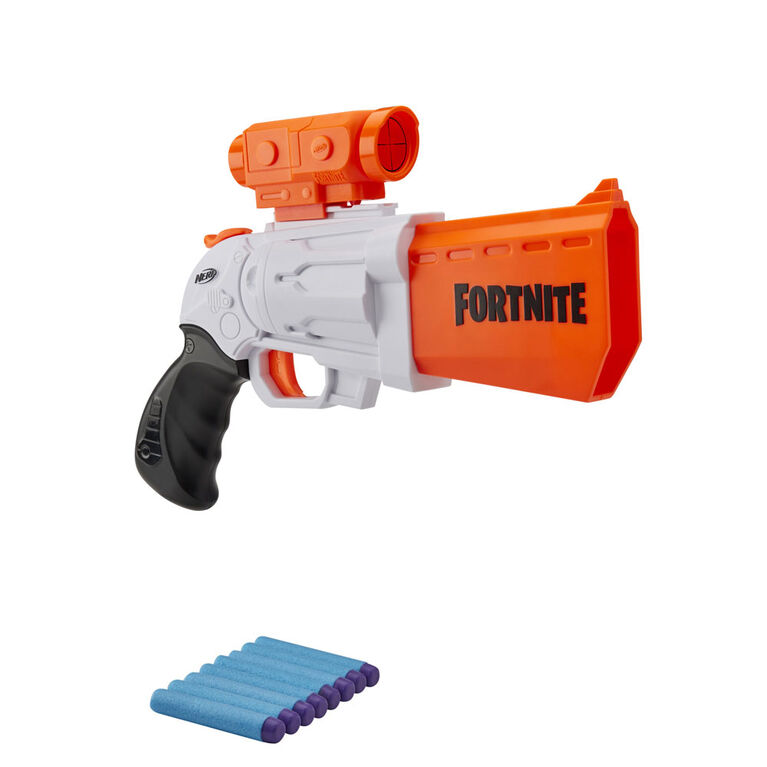 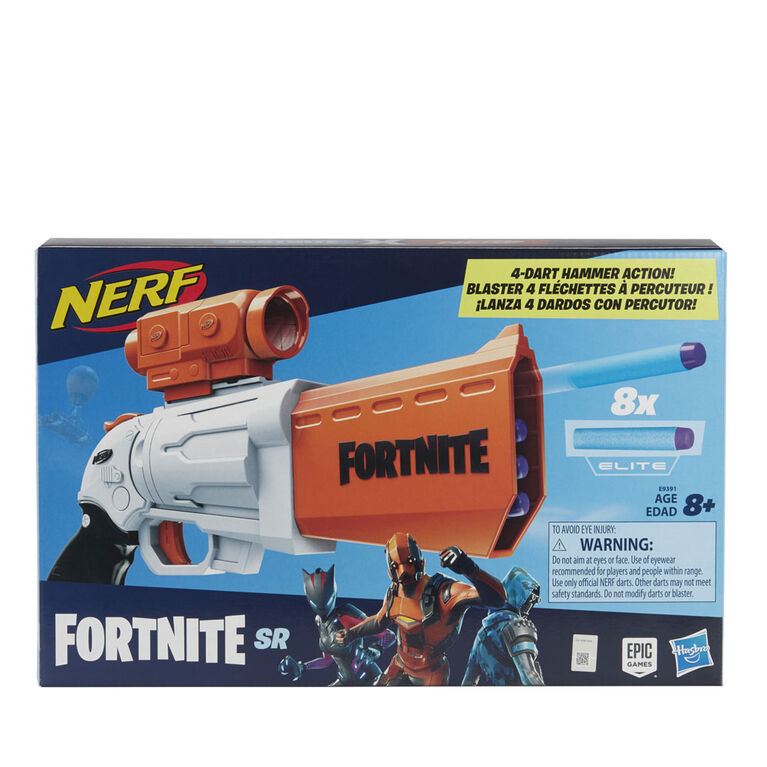 
Play Fortnite in real life with the dart-firing Nerf Fortnite SR blaster that is inspired by the one used in Fortnite, capturing the look of the one from the popular video game. The SR blaster features 4-dart hammer action so you can fire 4 darts in a row before reloading. Take aim at your target and press the trigger to unleash 1 dart. To launch another dart, pull back the hammer, and press the trigger. Use the removable scope to help you line up your shot. The Nerf Fortnite SR blaster comes with 8 Nerf Elite darts, enough to fully load the blaster, with 4 darts for backup firepower when it's time to reload. Official Nerf darts are made of foam and are tested and approved for performance and quality. No batteries required. Eyewear recommended (not included).

Copyright Epic Games.
Hasbro and all related terms are trademarks of Hasbro.

Ages 8 and up
TO AVOID EYE INJURY:
WARNING: Do not aim at eyes or face. Use of eyewear recommended for players and people within range. Use only official Nerf darts. Other darts may not meet safety standards. Do not modify darts or blaster.
WARNING: CHOKING HAZARD - Small parts may be generated. Not for children under 3 years.
Some assembly required. No tools needed.