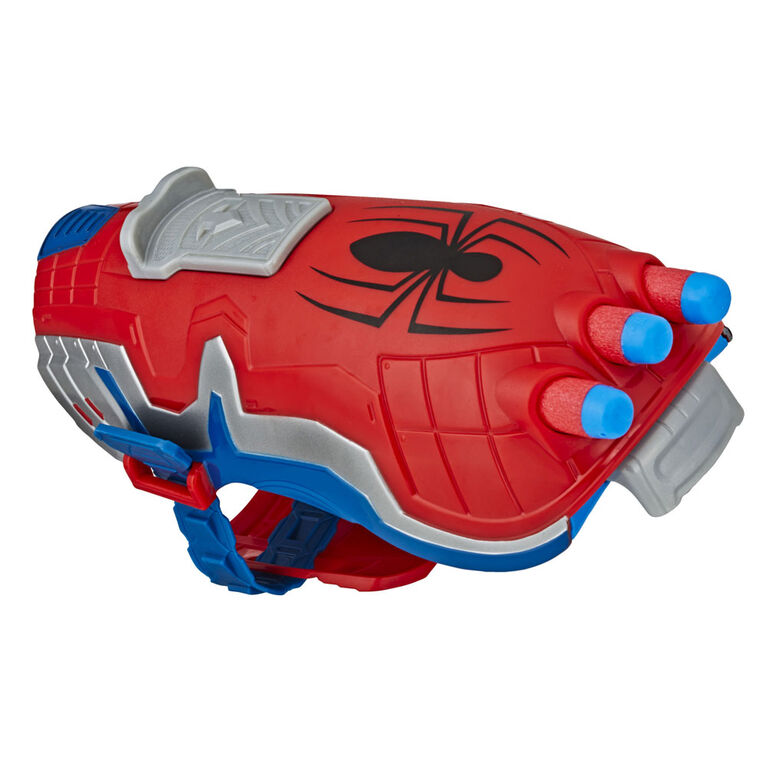 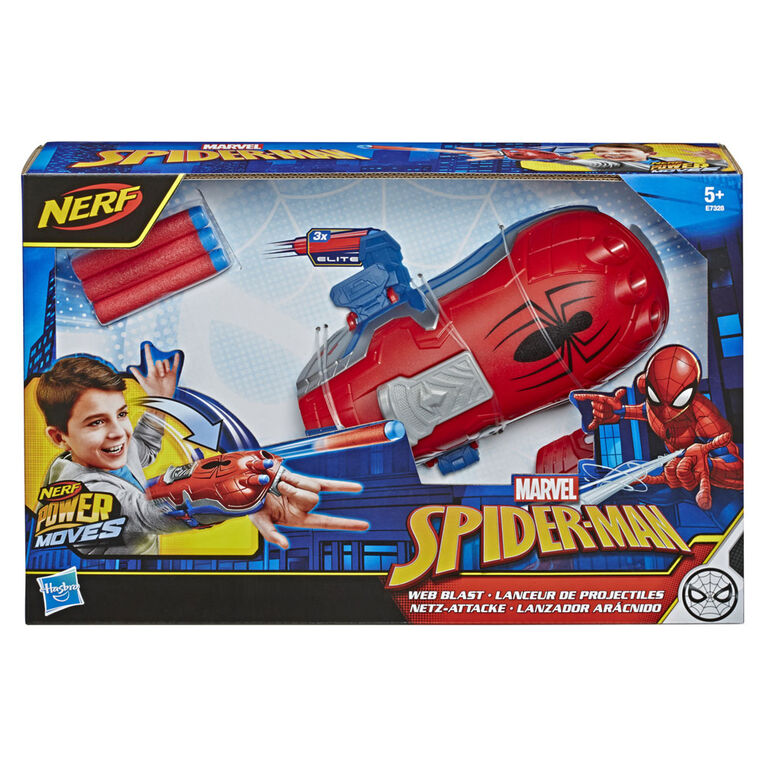 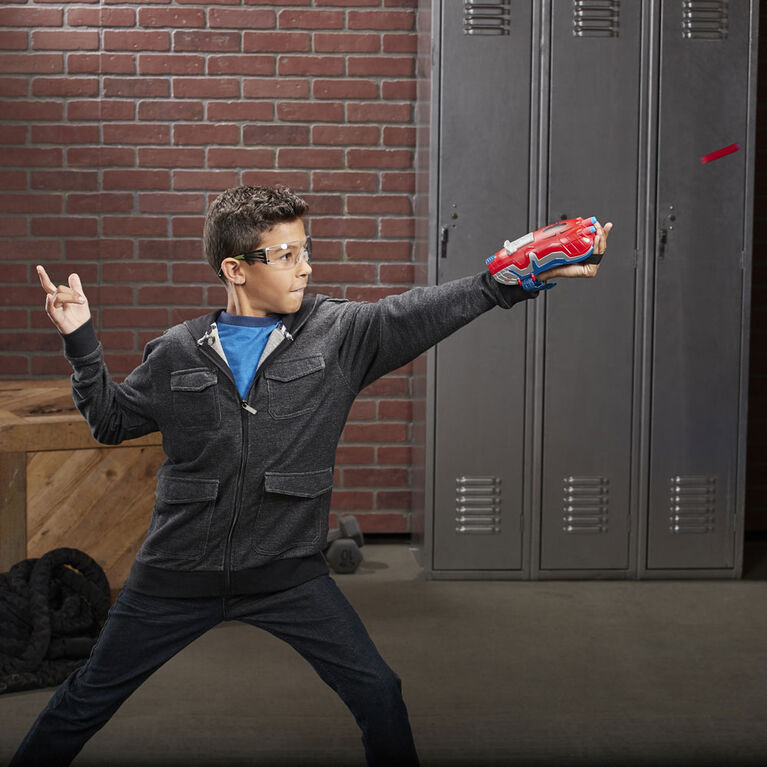 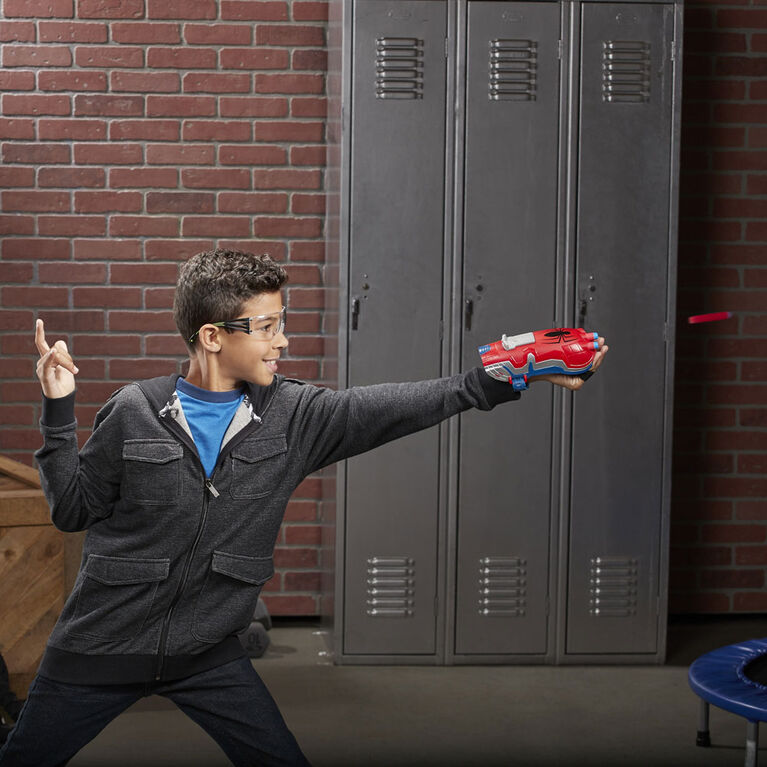 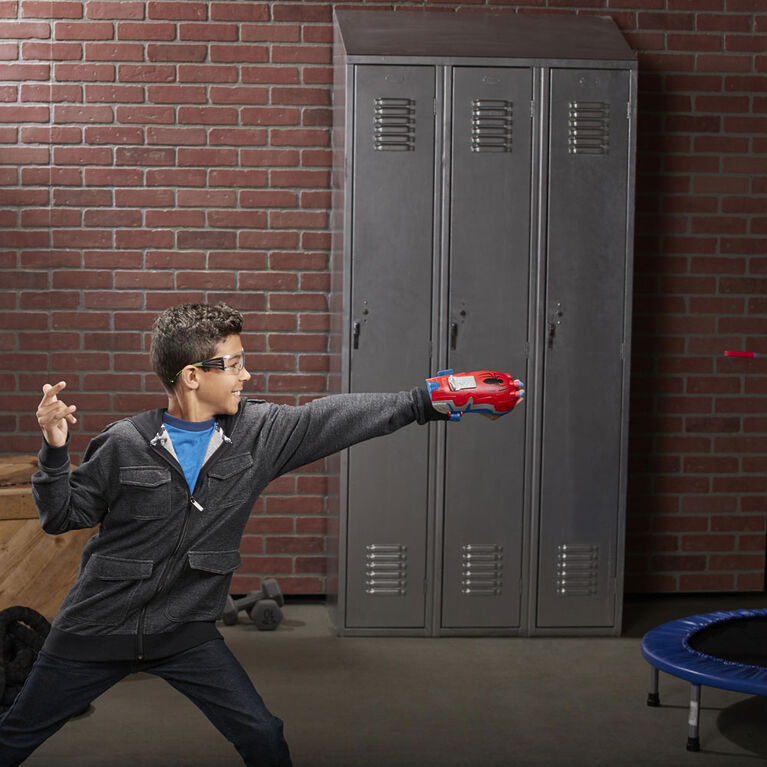 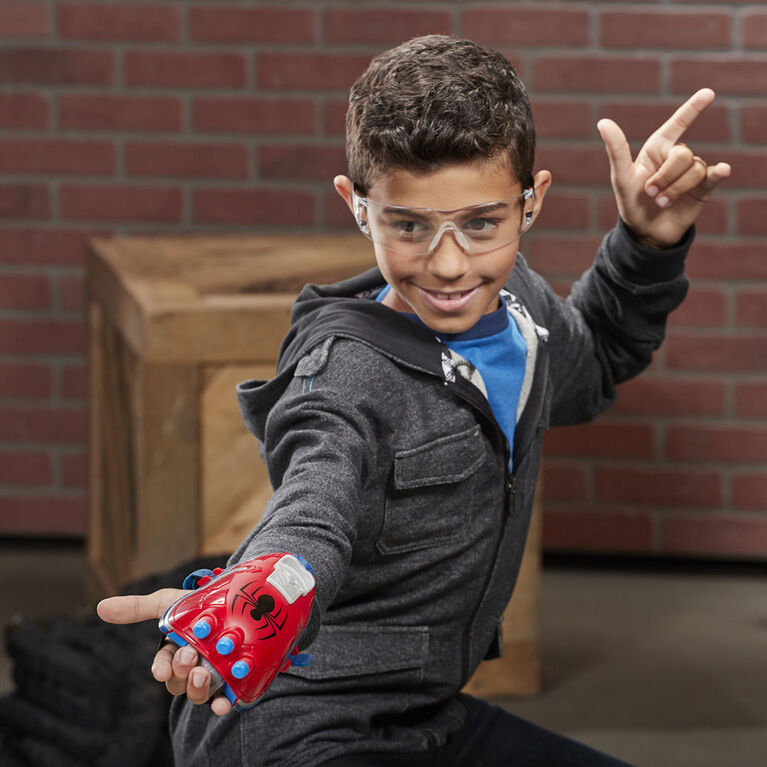 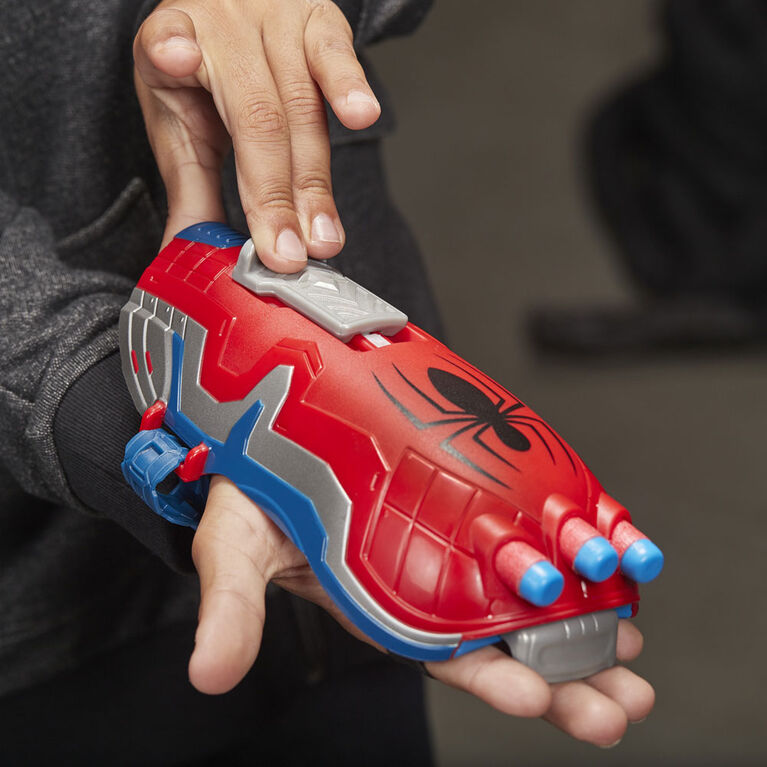 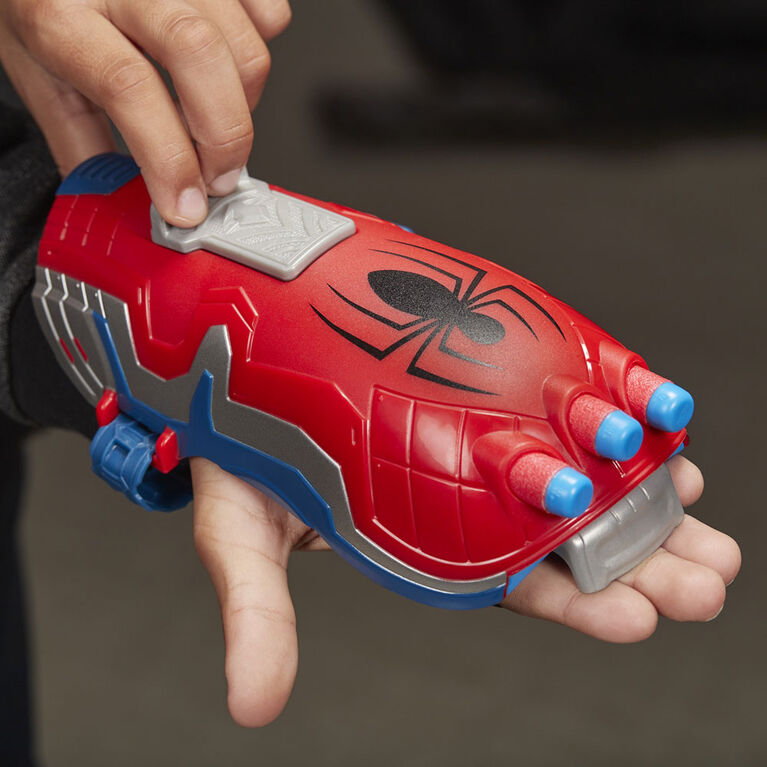 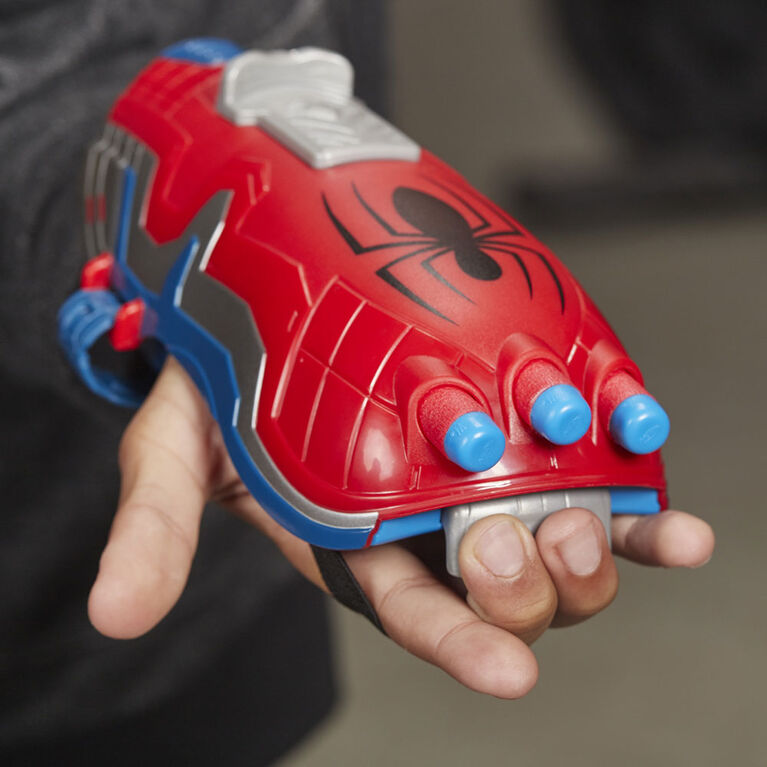 
When he's not trying to navigate the chaos that is high school, teenage science whiz Peter Parker swings through the streets of New York, battling crime as your friendly neighborhood Spider-Man!

With the NERF Power Moves Marvel Spider-Man Web Blast roleplay toy, kids ages 5 and up can imagine blasting webs at the bad guys! Boys and girls will love holding down the button on the front of the Web Shooter toy and preforming the Web Blast move, mimicking Spider-Man's signature move to launch a NERF dart!

Ages 5 and up
WARNING: CHOKING HAZARD - Small parts may be generated. Not for children under 3 years.
CAUTION: Do not aim at eyes or face.
TO AVOID INJURY: Use only with official NERF darts. Other darts may not meet safety standards. Do not modify darts or dart blaster.
Additional darts sold separately.