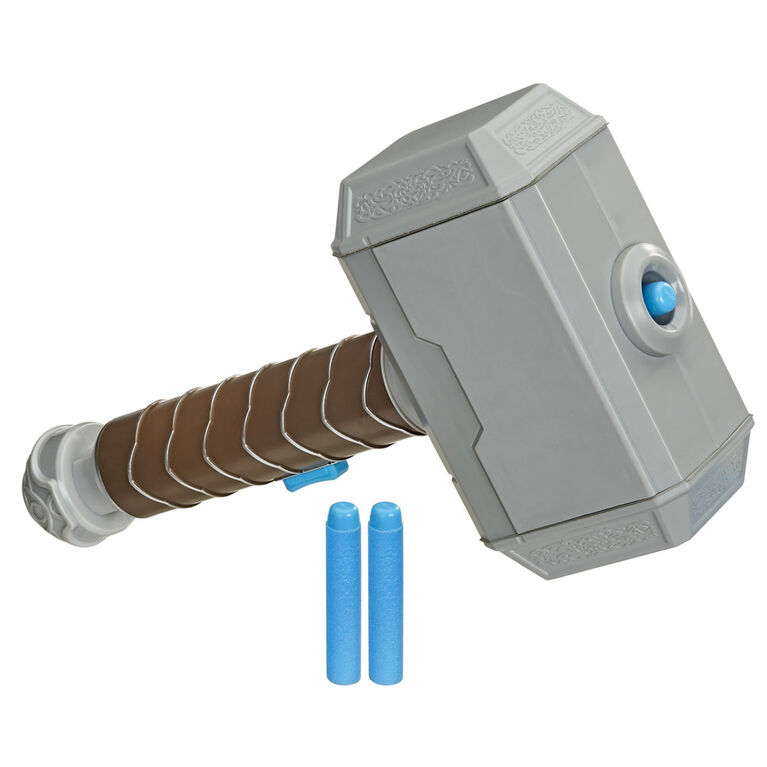 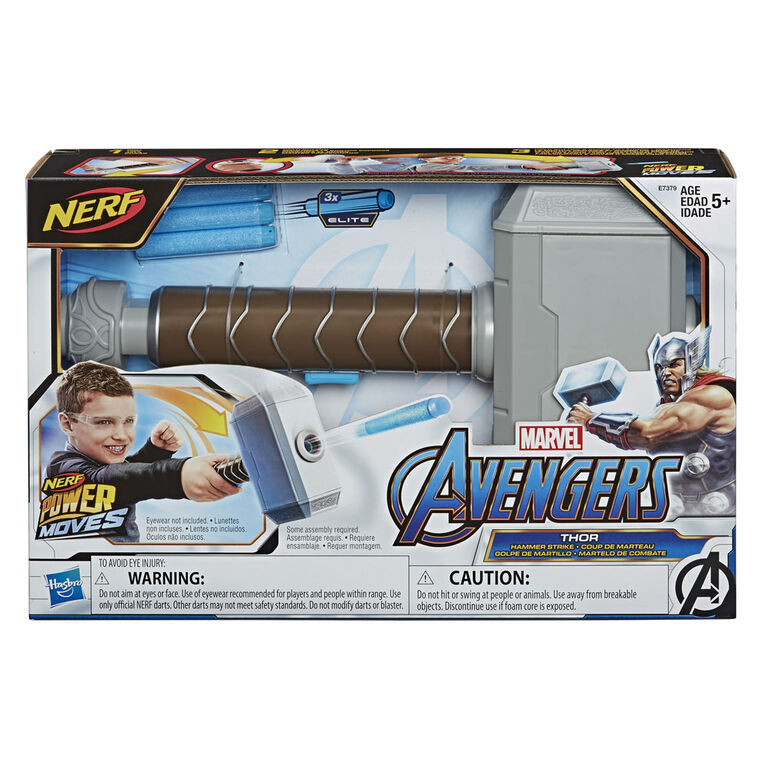 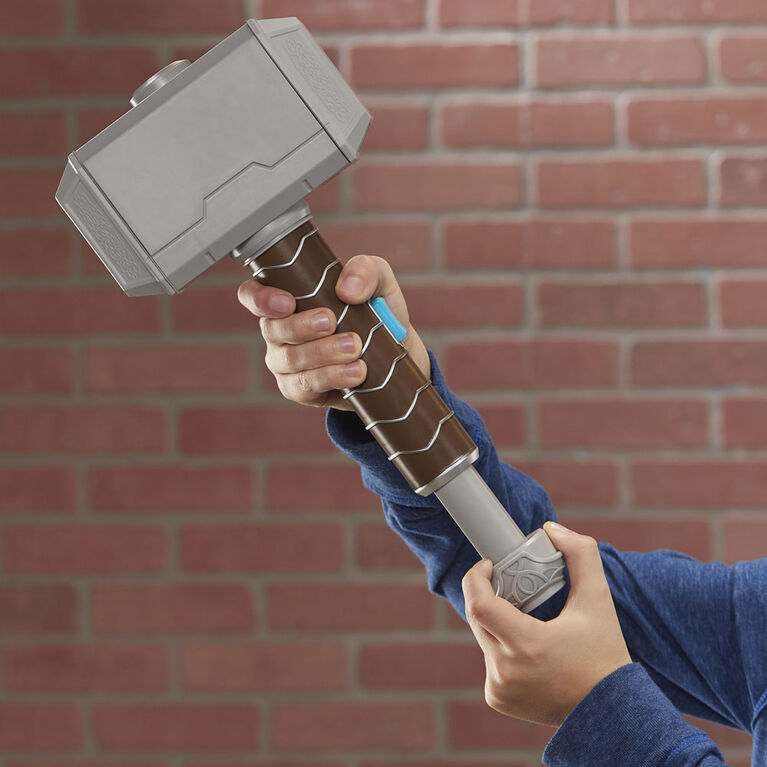 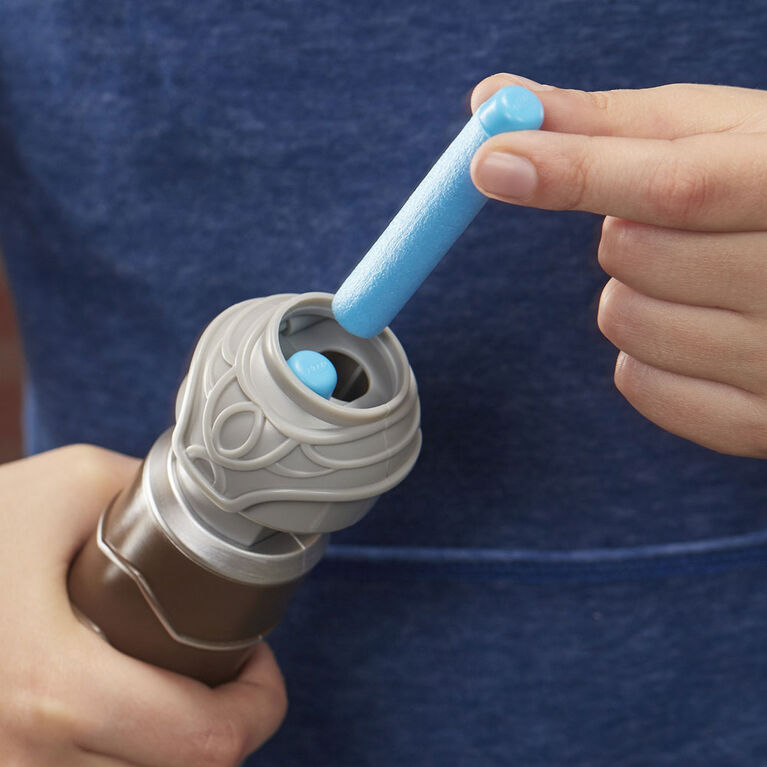 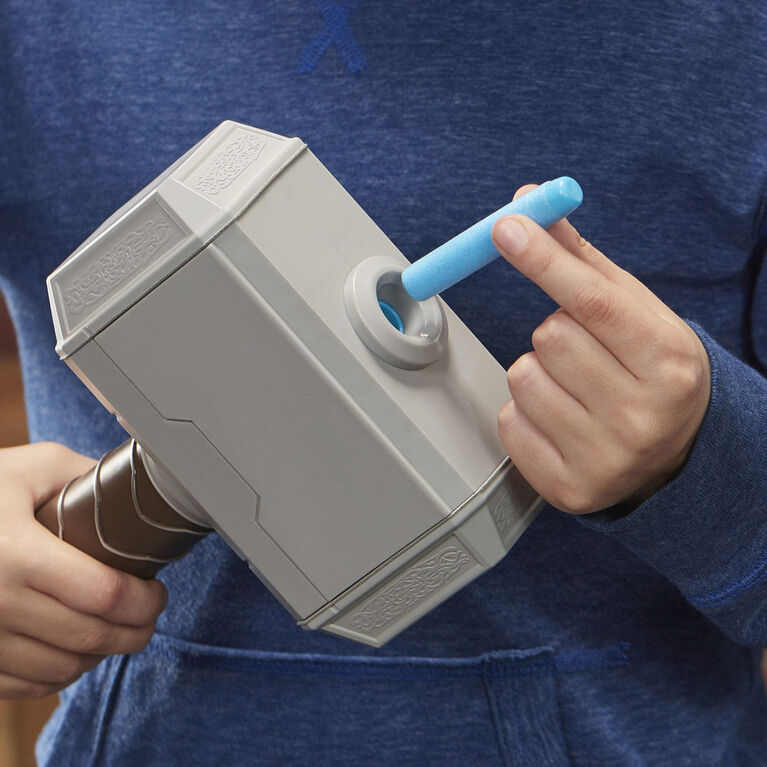 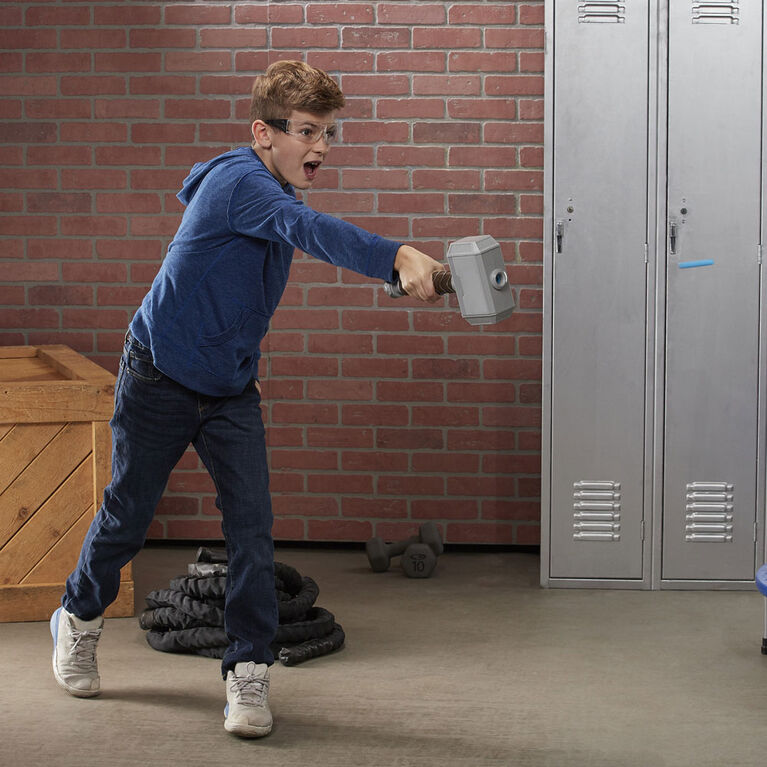 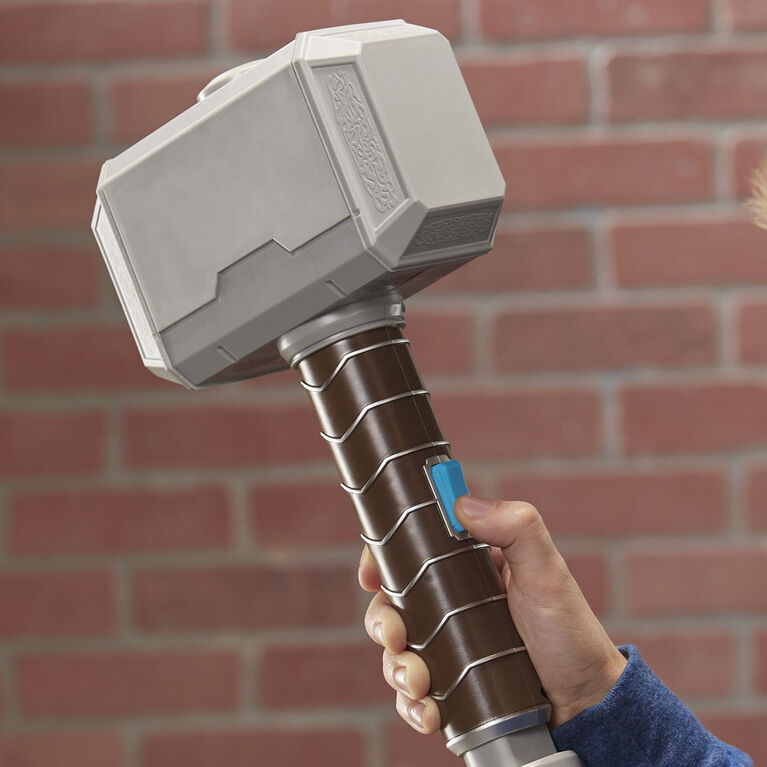 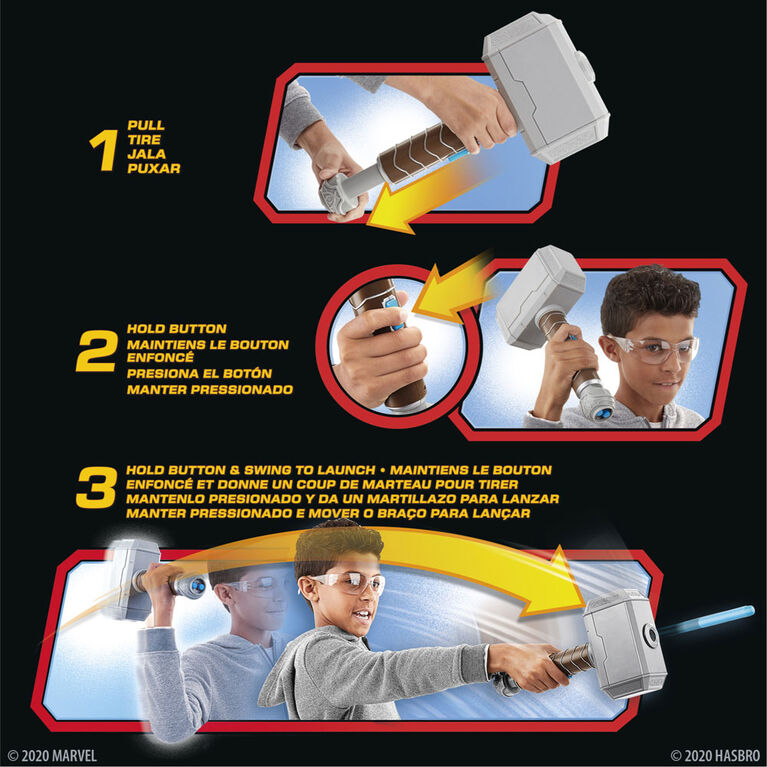 
When Asgard or Earth is threatened, the lightning-powered warrior Thor, son of Odin, charges in with his hammer Mjolnir to save the day!

With the NERF Power Moves Marvel Avengers Thor Hammer Strike roleplay toy, kids ages 4 and up can imagine gearing up for battle and wielding the mighty Mjolnir like the warrior Thor! Boys and girls will love pretending they are Thor, holding down the button on the Mjolnir toy hammer and performing the Hammer Strike move to launch a NERF dart!

Ages 5 and up
WARNING: CHOKING HAZARD - Small parts may be generated. Not for children under 3 years.
CAUTION: Do not aim at eyes or face. TO AVOID INJURY: Use only with official NERF darts. Other darts may not meet safety standards. Do not modify darts or dart blaster. Do not hit or swing at people or animals. Use away from breakable objects. Discontinue use if foam core is exposed.
Additional darts sold separately.