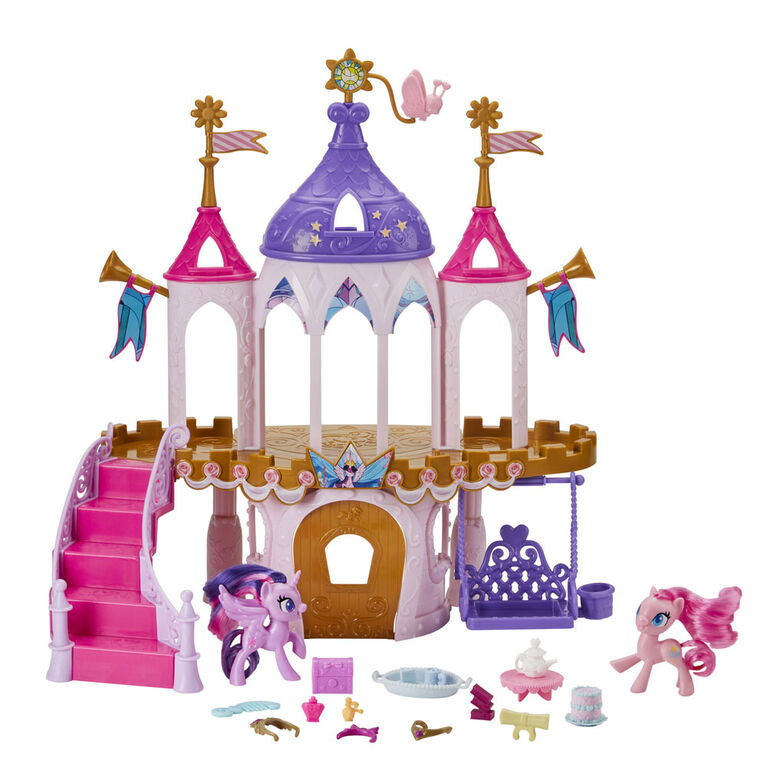 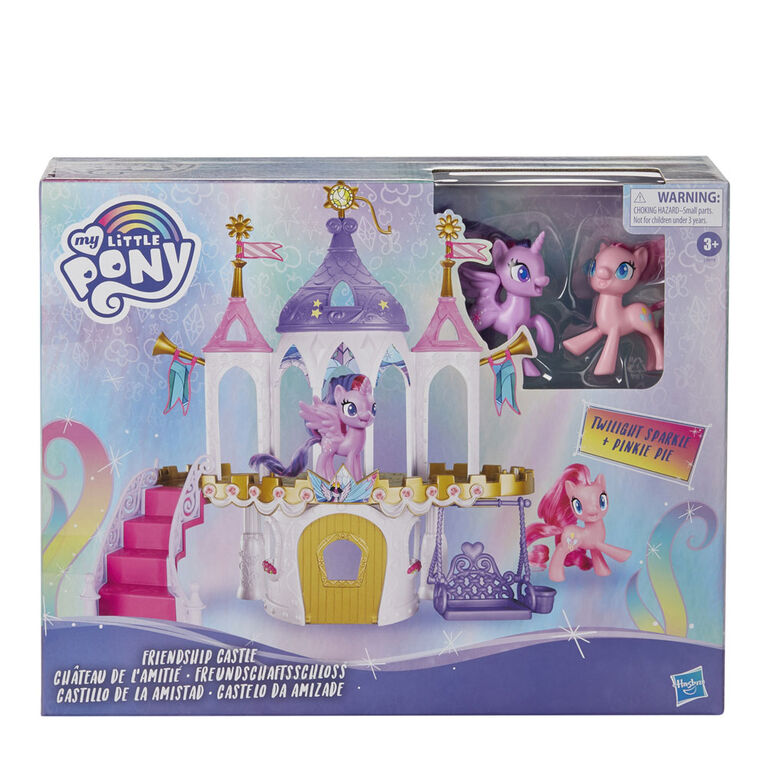 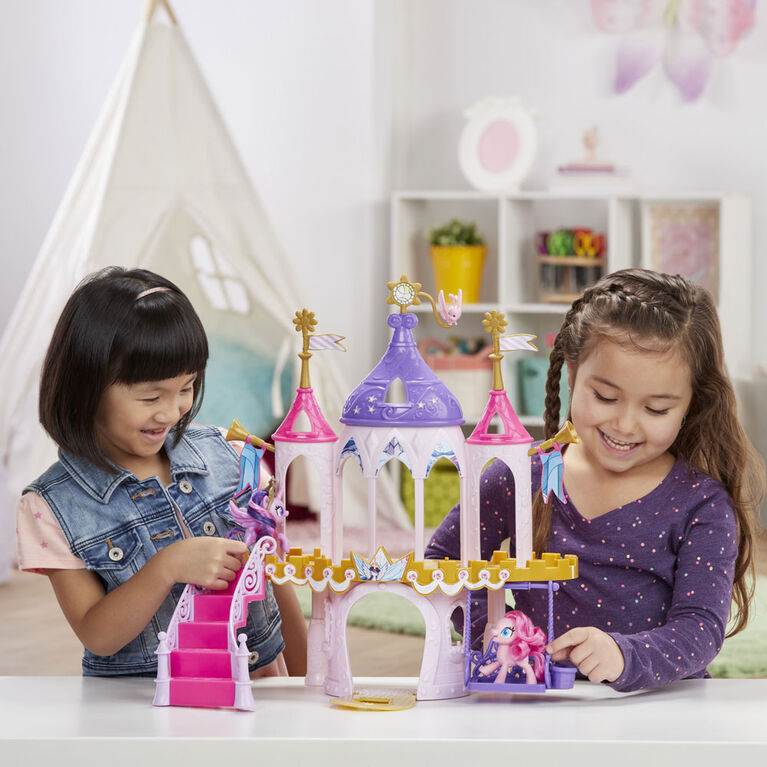 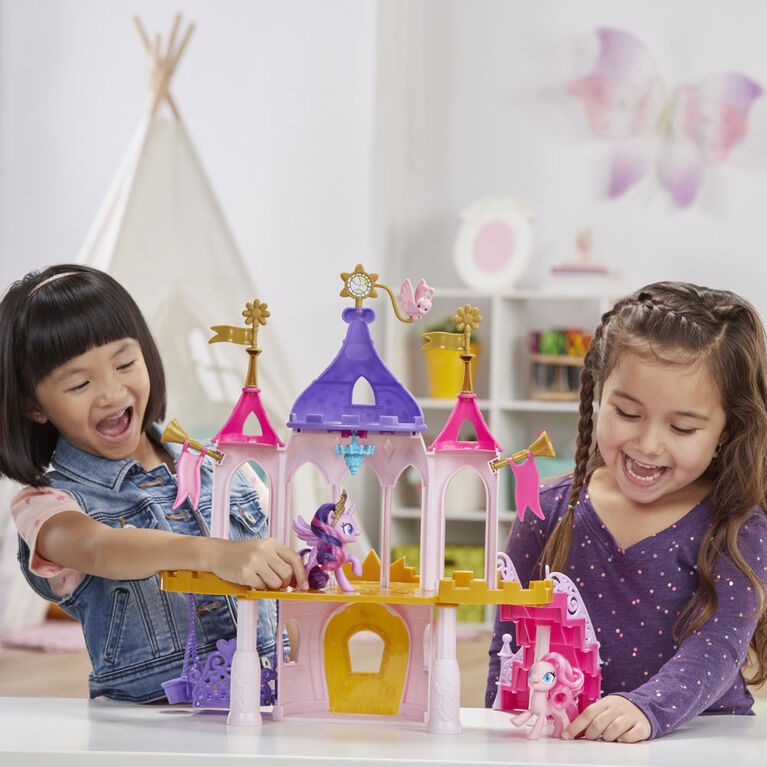 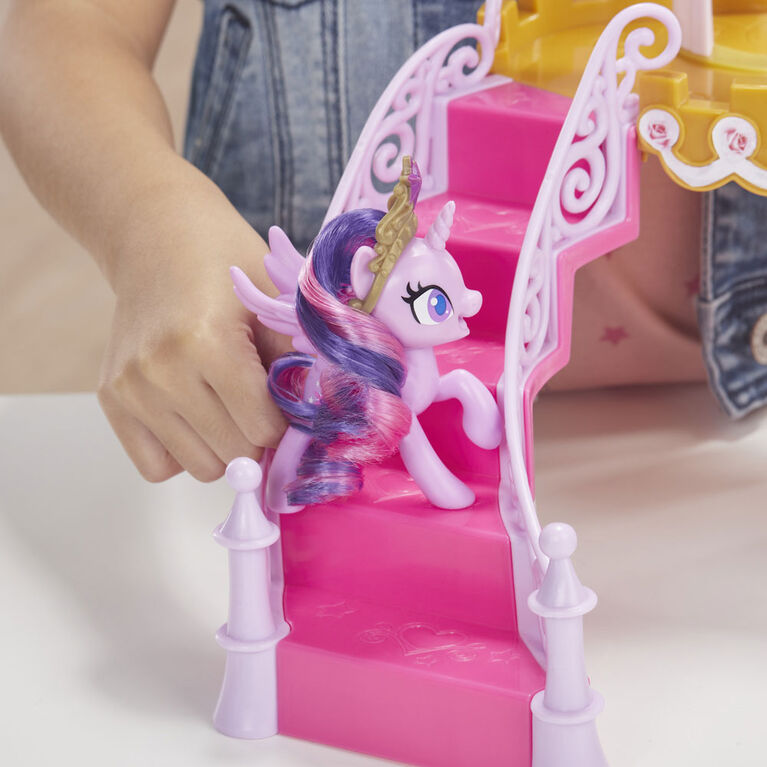 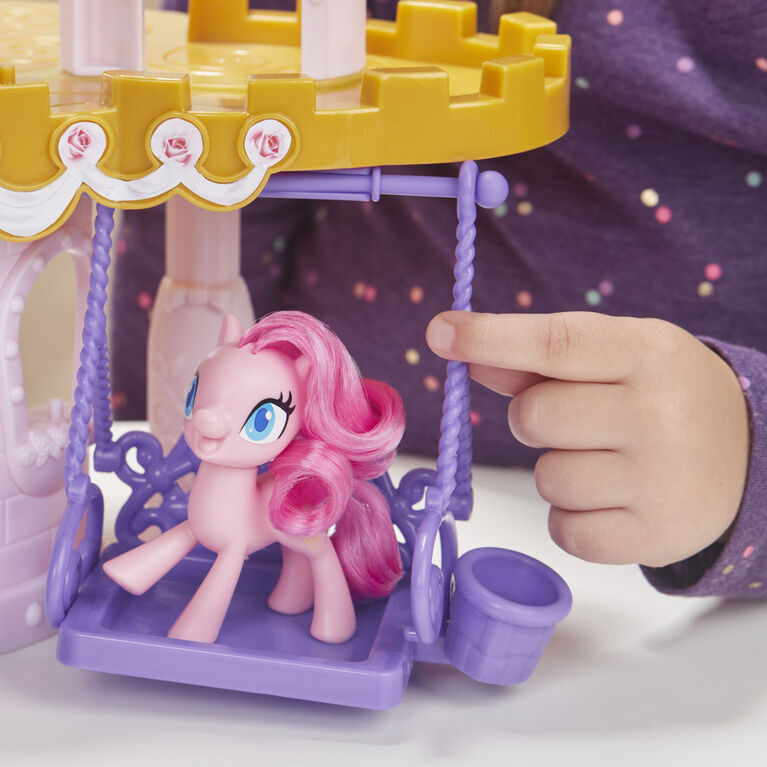 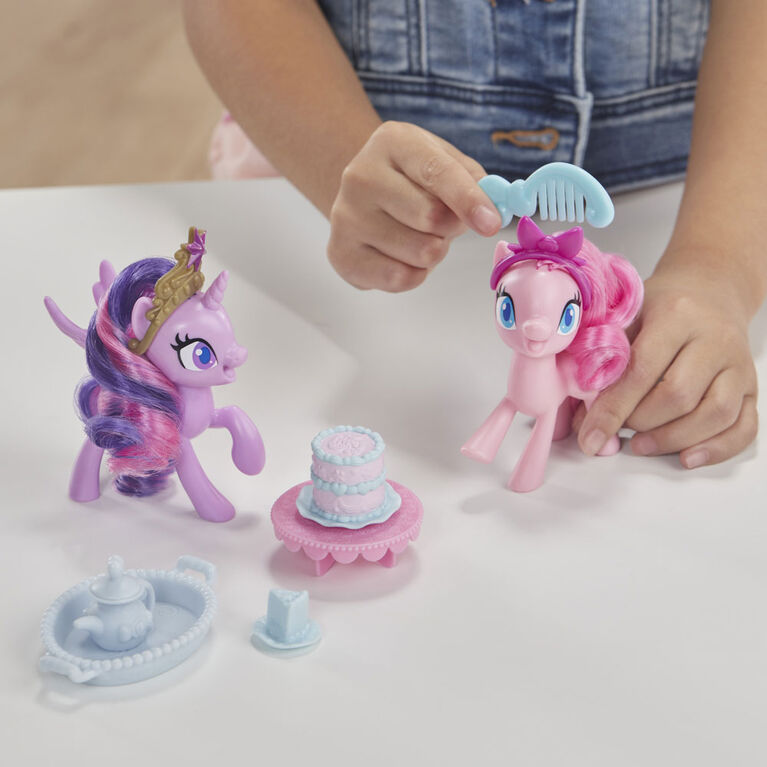 Imagine adventures with the My Little Pony Friendship Castle playset. Inspired by the My Little Pony: Friendship is Magic TV show, the castle set has 2 floors of fun! Put a pony toy on the swing, walk the pony toys up the side staircase, or pretend they are looking over Equestria from inside. This set comes with 3-inch Twilight Sparkle, a purple pony figure with long brushable purple and pink hair, and Pinkie Pie, a pink pony figure with pink hair. Play out scenes with the 16 character-inspired accessories and pretend to throw a royal party for the ponies of Equestria!

Ages 3 and up
WARNING: CHOKING HAZARD -- Small parts. Not for children under 3 years.
Adult assembly required