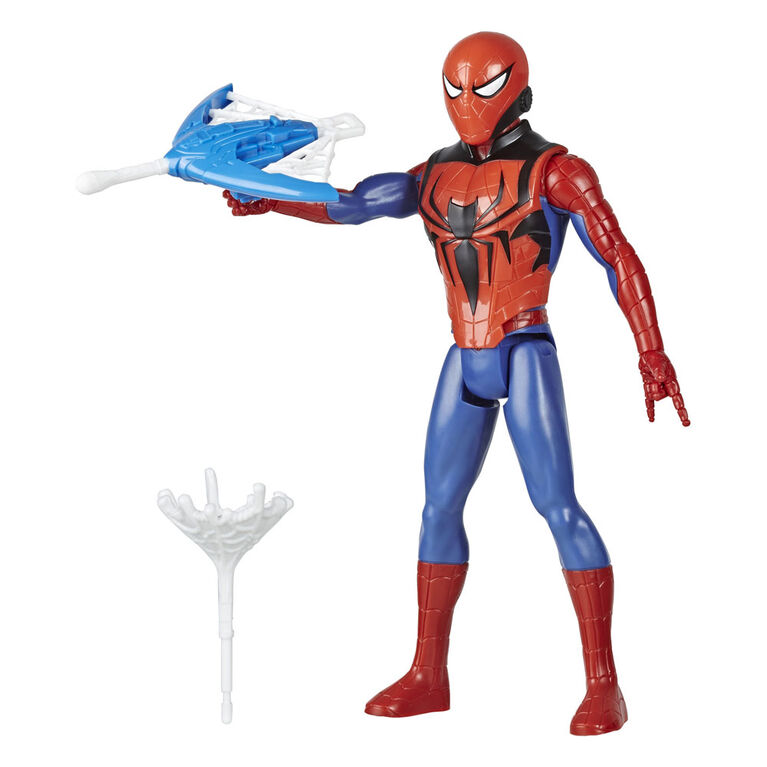 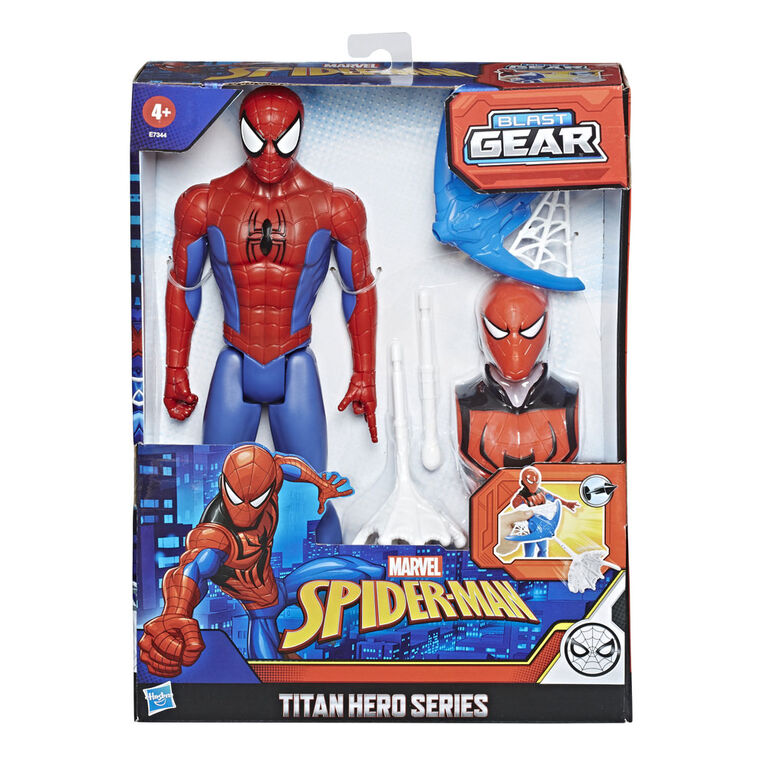 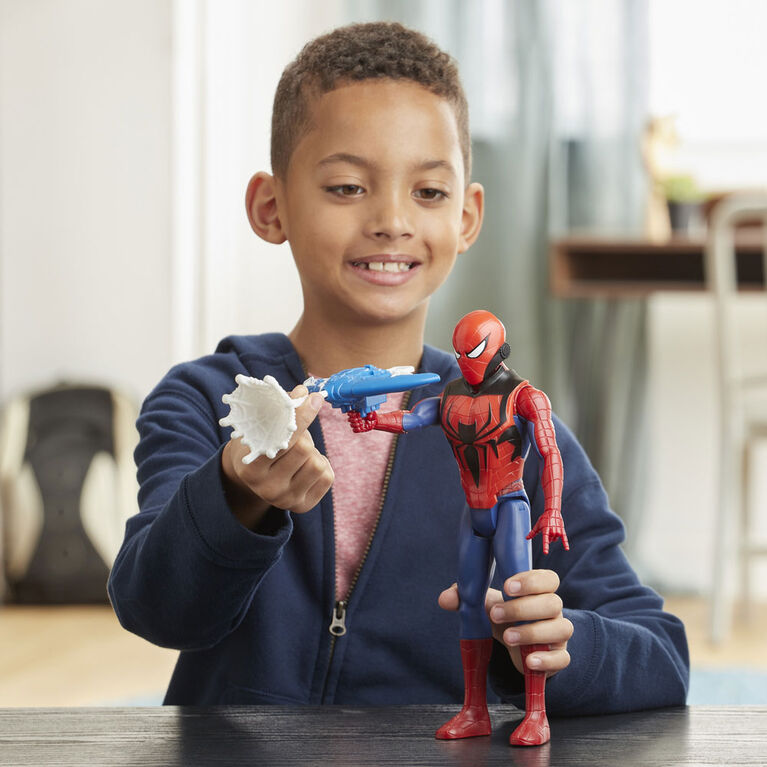 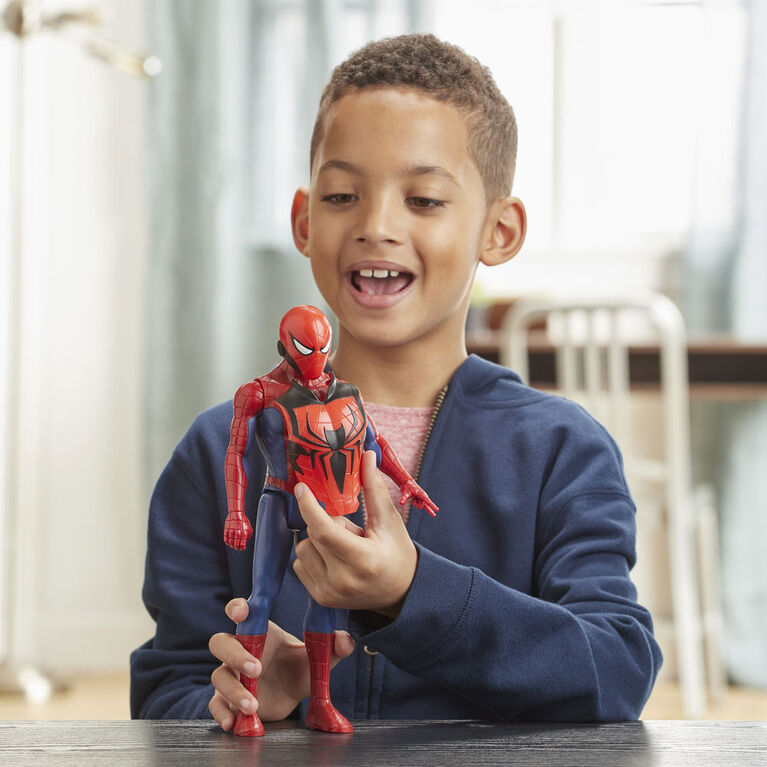 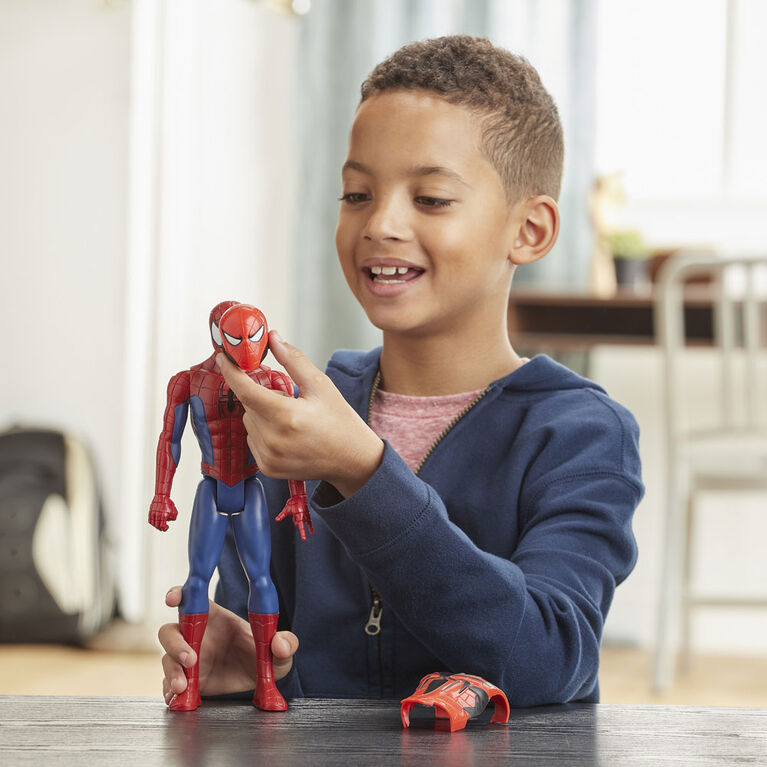 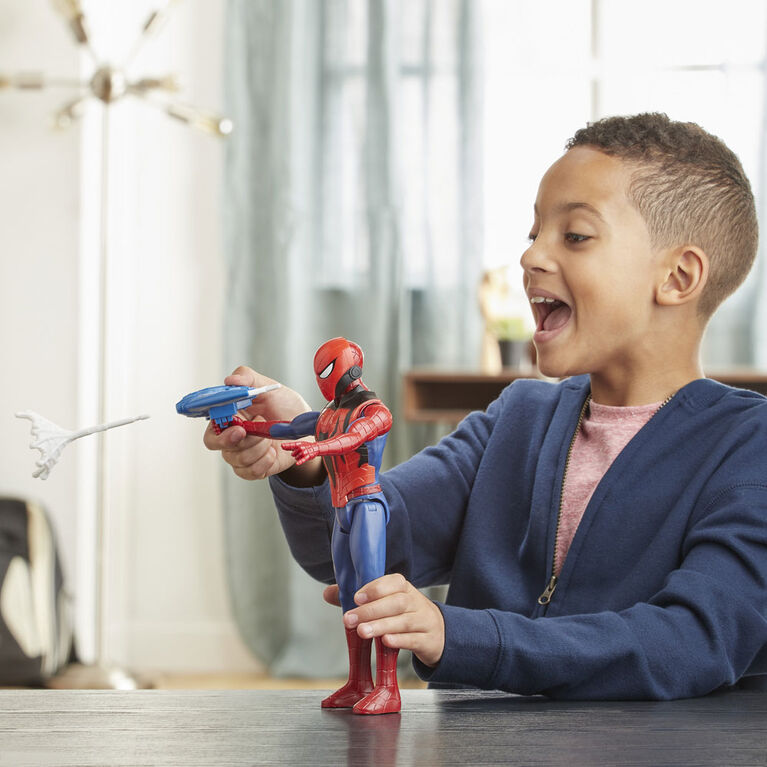 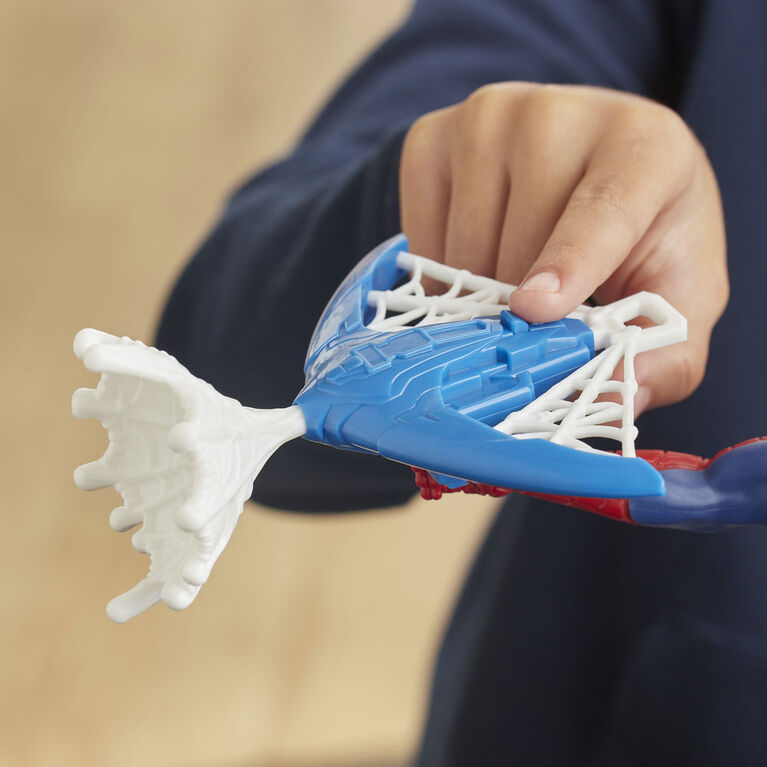 
One bite from a radioactive spider turns Peter Parker into Spider-Man, a web-slinging Super Hero with amazing powers and wall-crawling abilities!

Imagine swinging into adventure with Spider-Man figures, vehicles, and roleplay items inspired by the Marvel Universe. With this classic inspired line of toys, kids can imagine all the action of the Spiderverse with their favorite heroes including Spider-Man, Venom, and more. Products each sold separately. Subject to availability.

Kids can imagine the heroic Spider-Man swooping into battle with this Spider-Man figure from the Titan Hero Series! When kids connect the Titan Hero Blast Gear launcher to this figure's back port, they can launch projectiles!