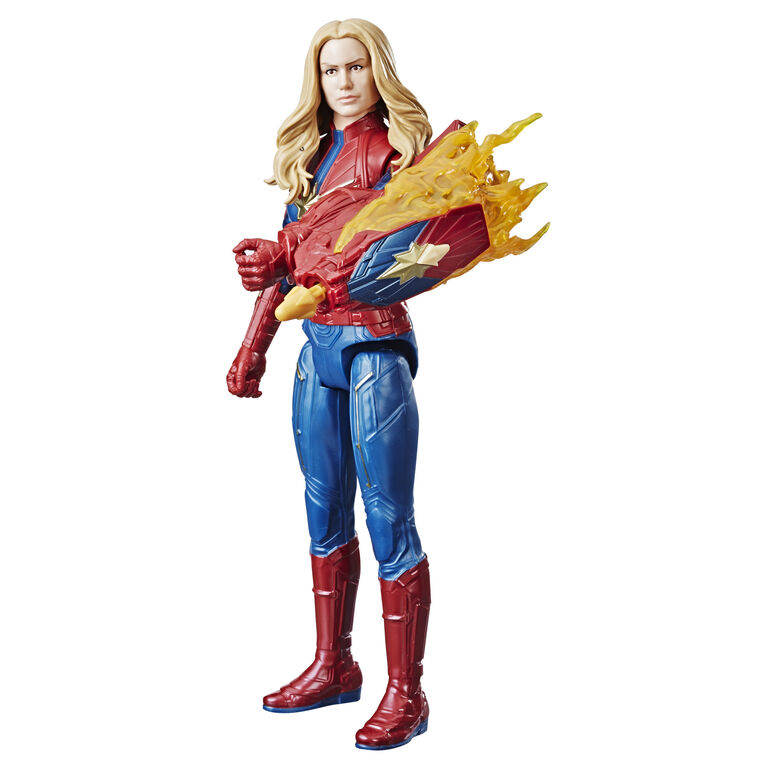 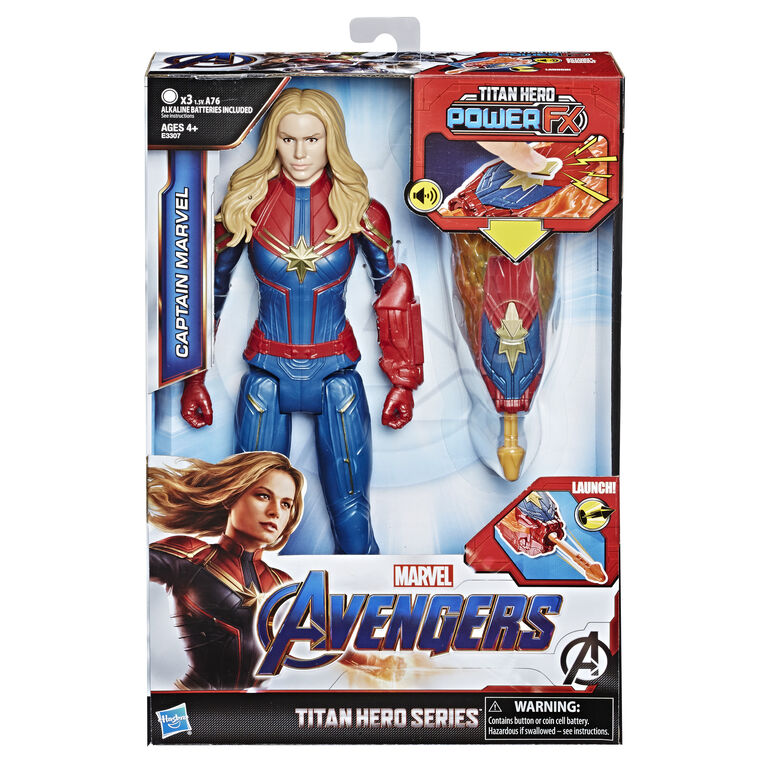 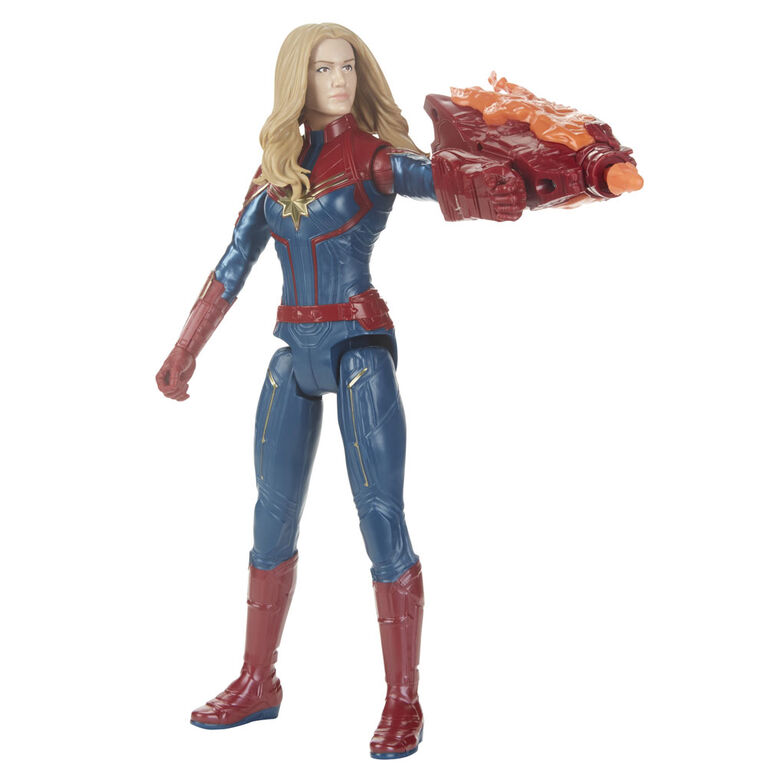 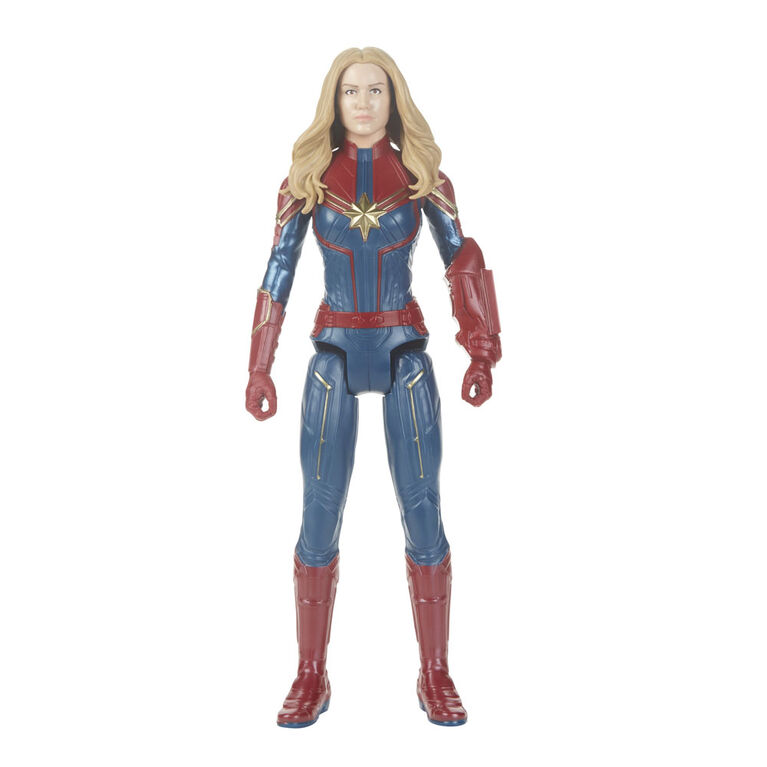 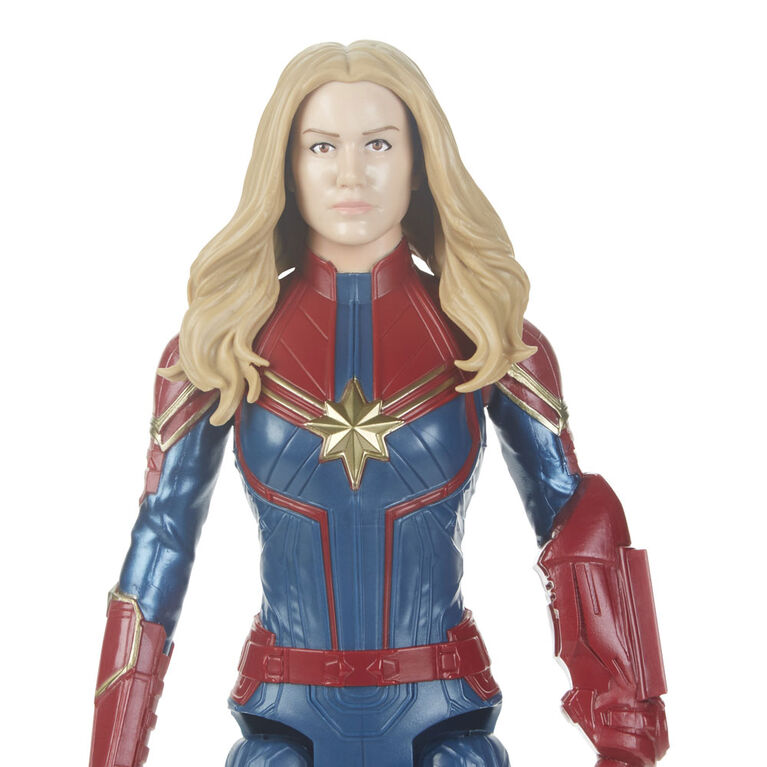 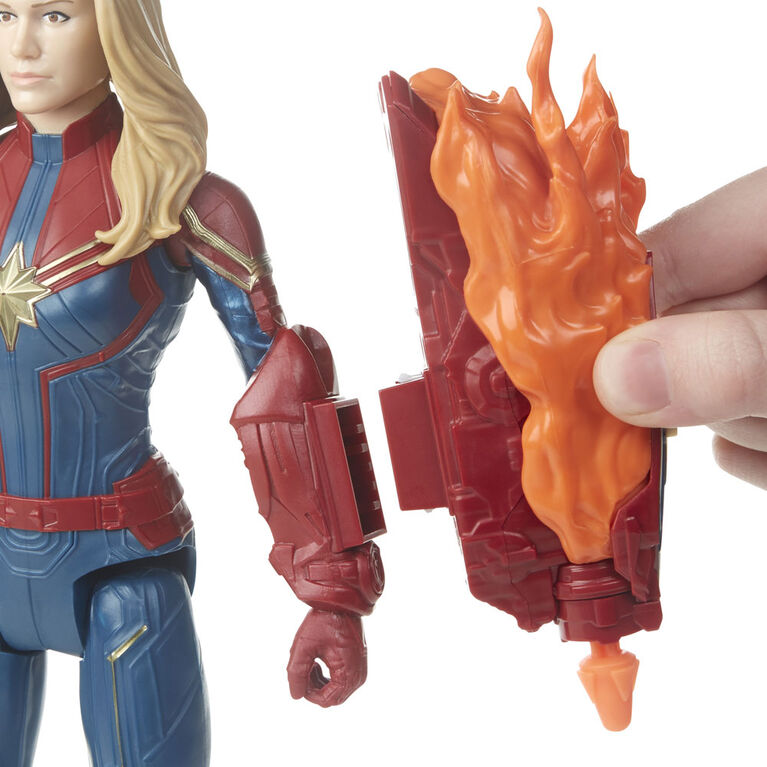 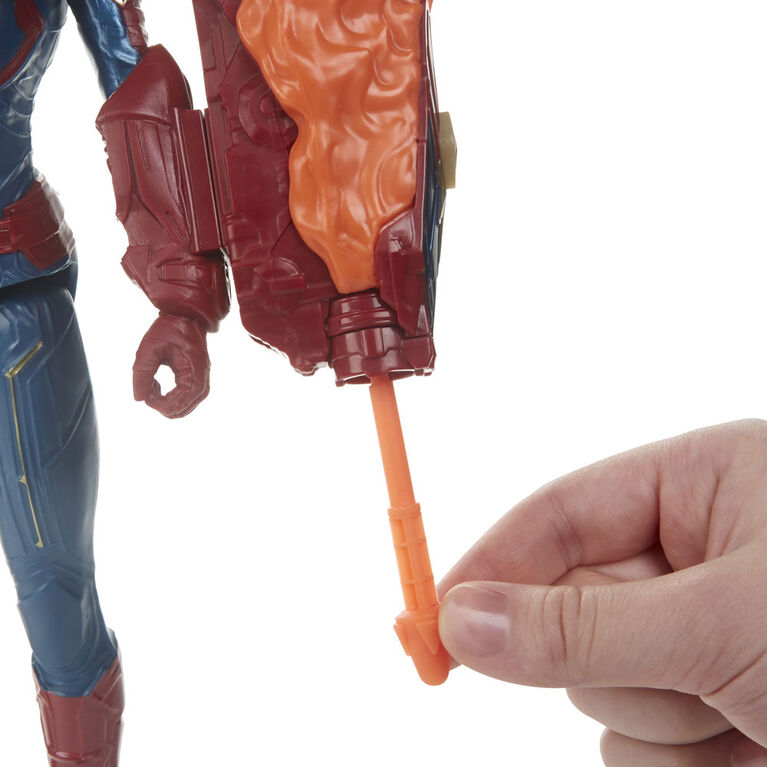 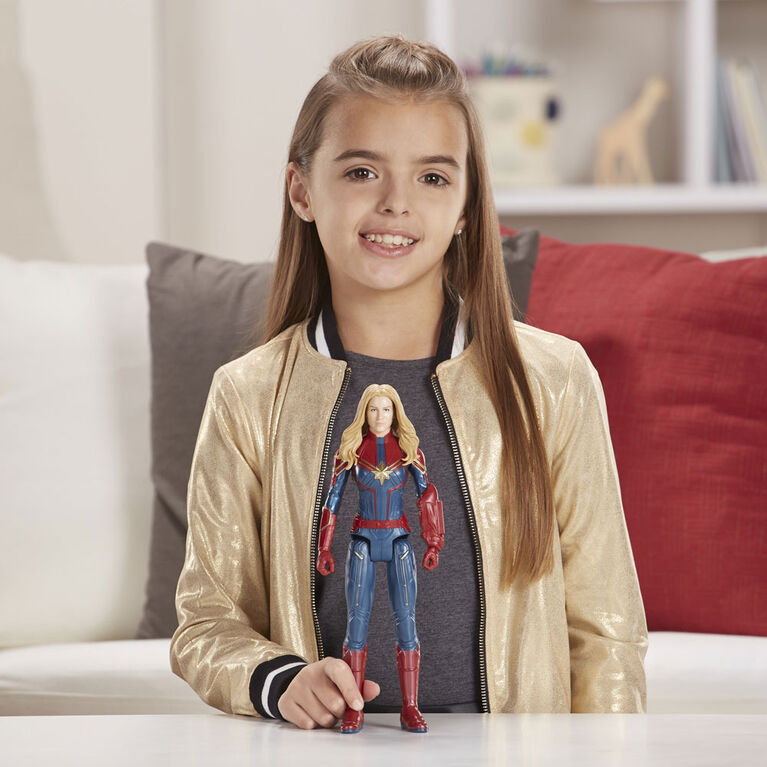 Avengers, assemble! Carol Danvers suits up as Captain Marvel in the battle for justice.

Imagine the pilot-turned-Super Hero fighting for what's right with the 12-inch-scale Titan Hero Power FX Captain Marvel figure, inspired by the Avengers: Endgame movie. This figure includes a Titan Hero Power FX launcher to attach to the arm port so when kids connect the launcher, they can power up their figure, activate character-specific sounds and phrases from the Avengers: Endgame movie, and launch a projectile! Connect Titan Hero Power FX arm launcher to compatible Titan Hero Series figures to activate character-specific sounds and phrases in favorite Super Hero and villain figures and launch projectiles!