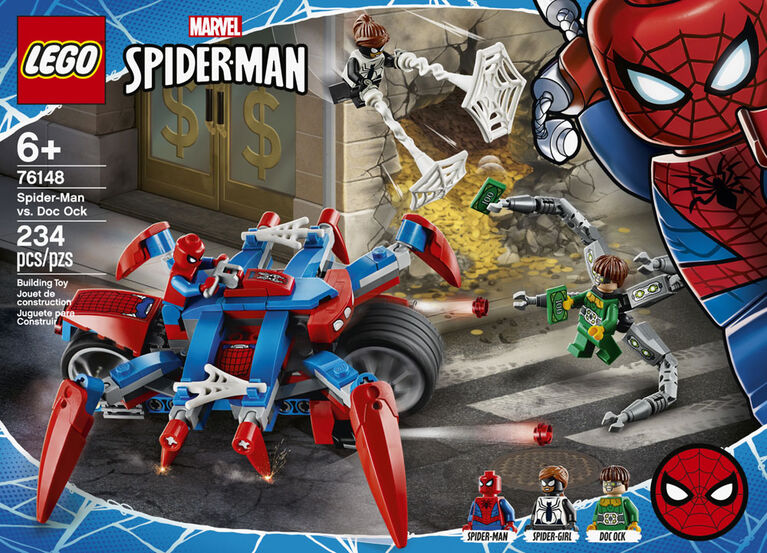 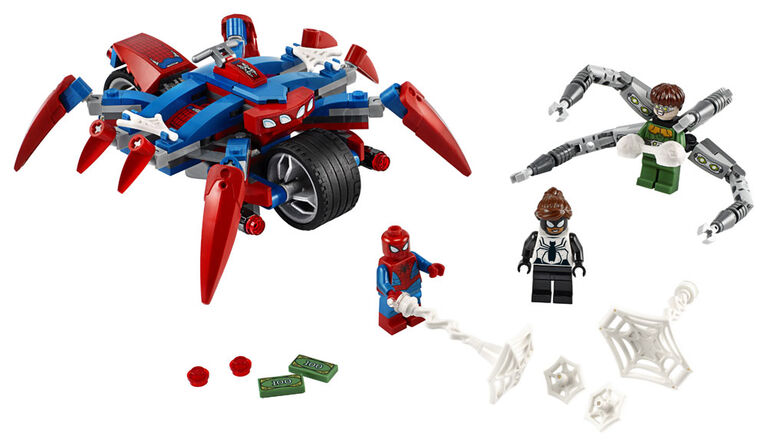 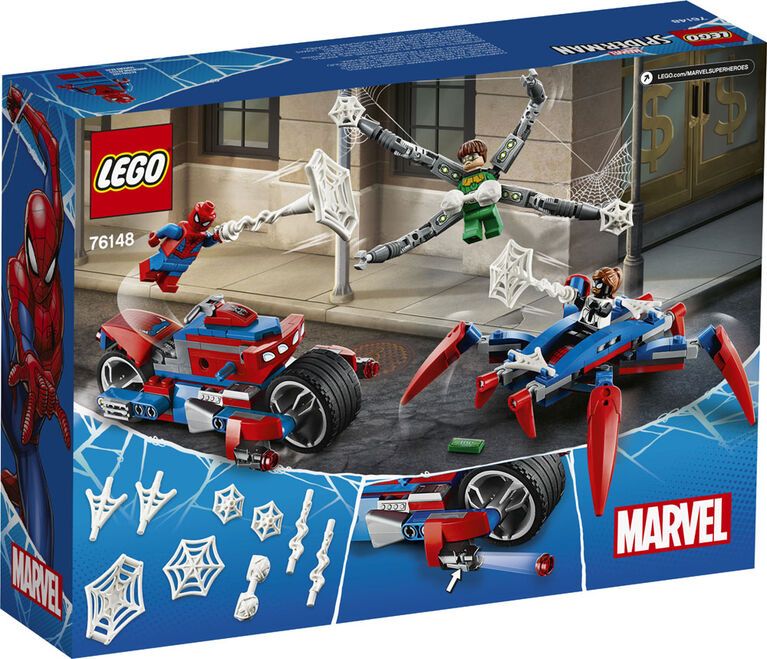 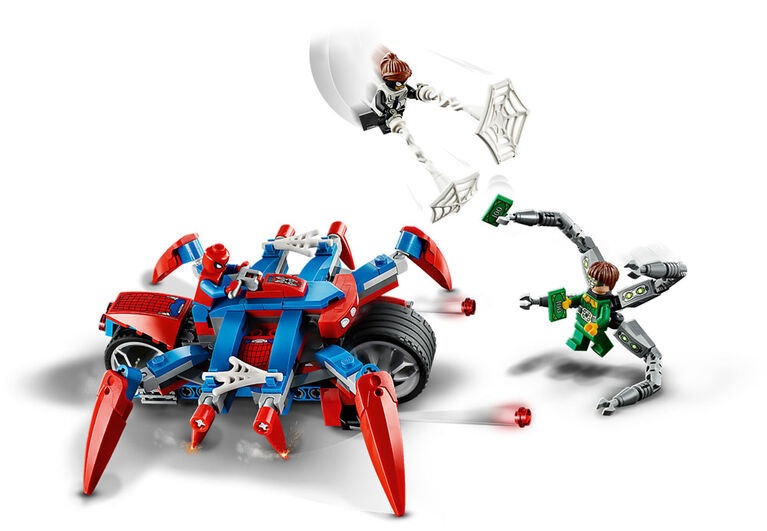 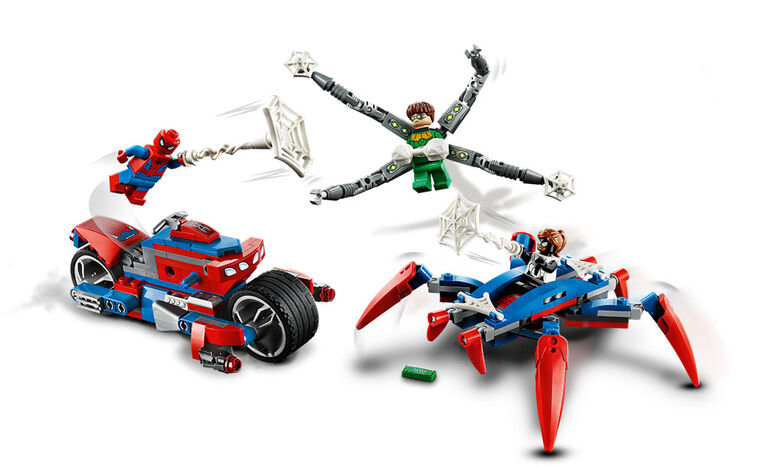 With this LEGO Marvel Spider-Man: Spider-Man vs. Doc Ock set (76148), young superheroes will feel as if they're racing into action with Spider-Man and Spider-Girl on the awesome Spider-Cycle. Once they've worked together to defeat the evil Doctor Octopus, who knows where their imaginations will take them next? Cool action minifigures and motorcycle toy Doctor Octopus - aka Doc Ock- has 4 deadly robotic arms. But Spider-Man and his dynamic daughter Spider-Girl have the amazing Spider-Cycle. Kids will love splitting the motorcycle into 2 cool machines: Spider-Man's high-speed bike and the giant ‘walking spider' - always handy in a fight! There are stud shooters to fire, webs to fling and endless possibilities for individual and group play. LEGO Spider-Man toys - great gifts for kids LEGO Marvel Spider-Man playsets open up a universe of fun-packed role-play adventures. With collectible vehicles, mechs, buildings, minifigures, weapons and gadgets, superhero fans can relive movies, create their own stories and display the supercool models in their rooms.