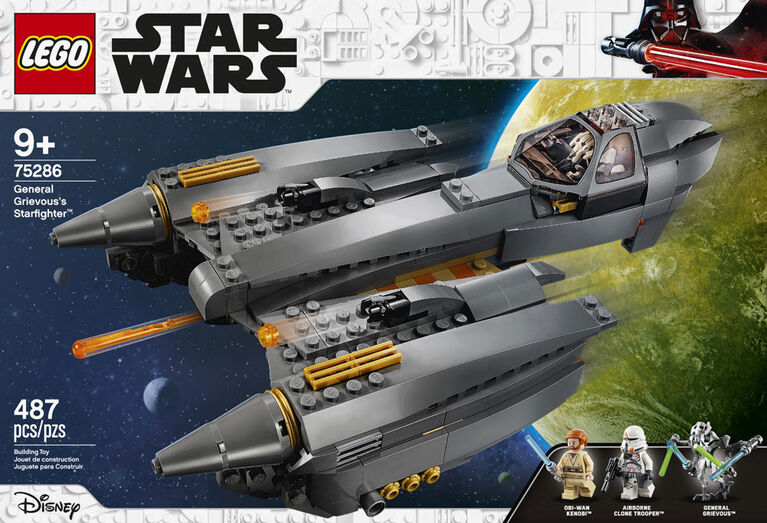 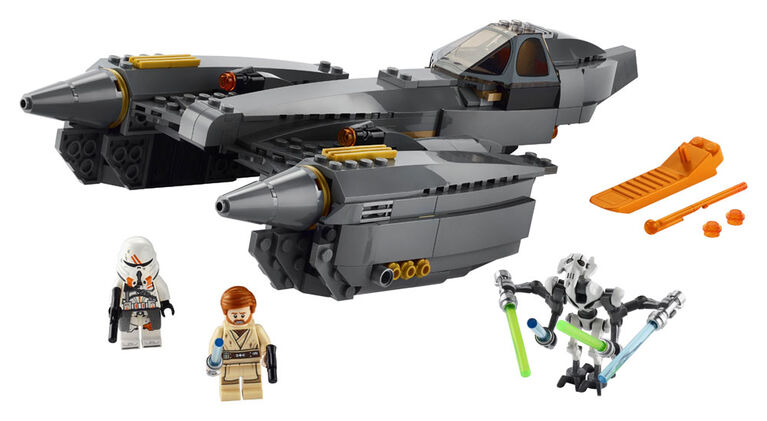 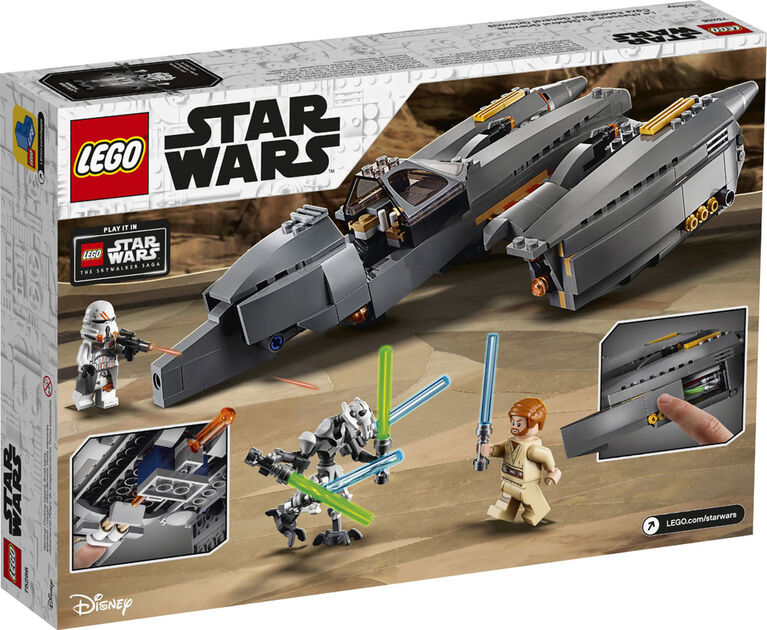 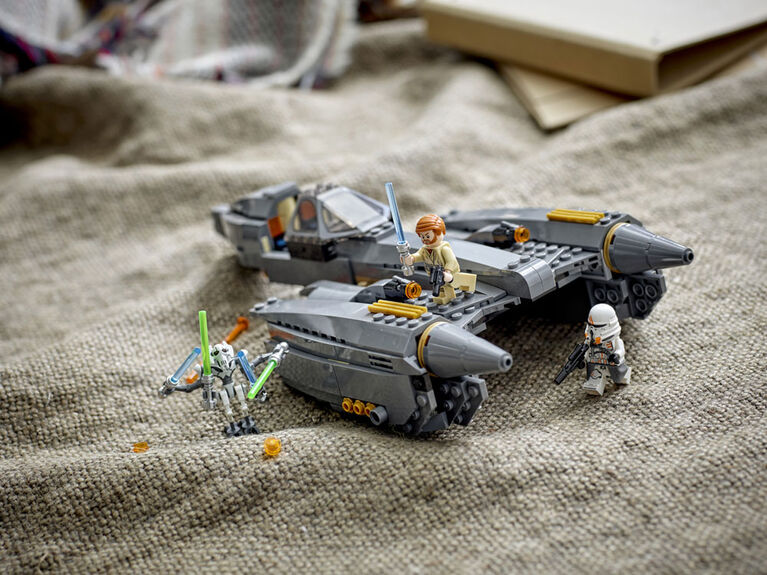 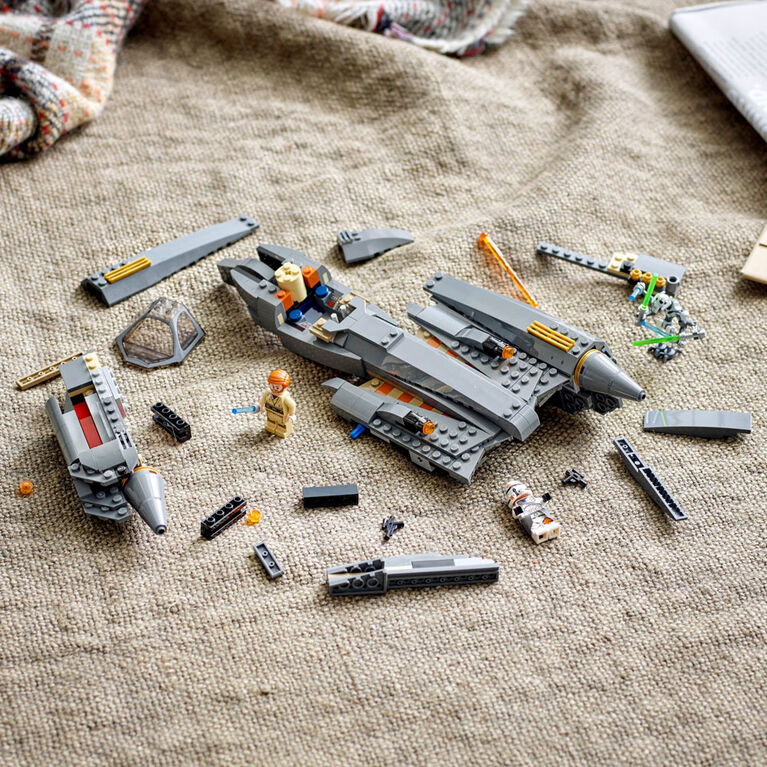 Open up a galaxy of creative play adventures with this awesome LEGO Star Wars spacecraft building toy for kids: General Grievous's Starfighter (75286)! Fans will love the authentic, play-inspiring features such as the opening cockpit, spring-loaded shooters and retractable landing gear. General Grievous vs. Obi-Wan This building set comes with 3 LEGO minifigures - General Grievous, Obi-Wan Kenobi and an Airborne Clone Trooper with weapons for youngsters to role-play classic action battles from Star Wars: Revenge of the Sith or create their own original stories. A super gift idea for any young Star Wars fan, this building kit is great for solo or group play and makes a fine addition to any LEGO collection. Star Wars action in LEGO style! The LEGO Group has been creating brick-built versions of iconic Star Wars starfighters, vehicles, locations and characters since 1999. It's become a hugely successful theme with a fantastic variety of fun construction toys to thrill fans of all ages.