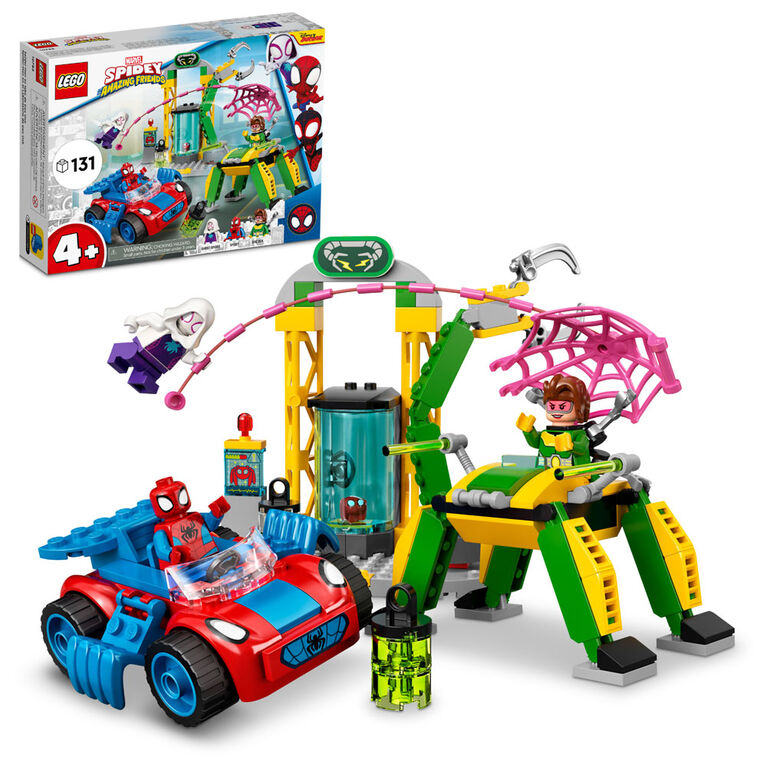 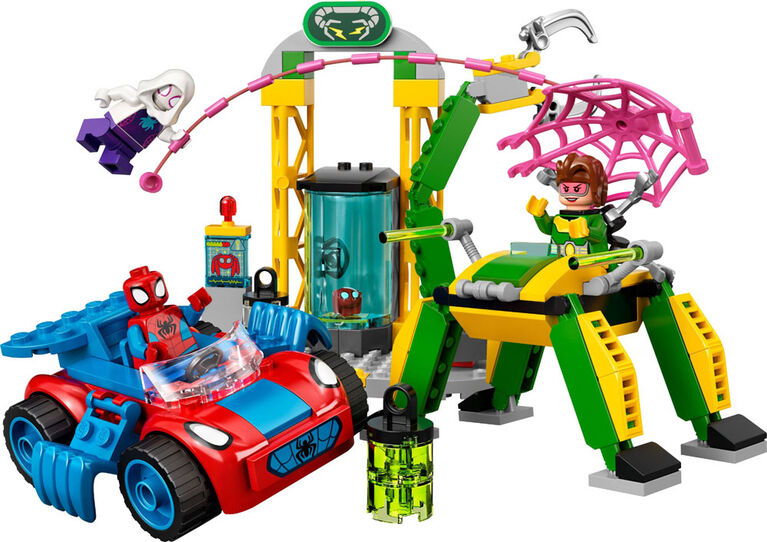 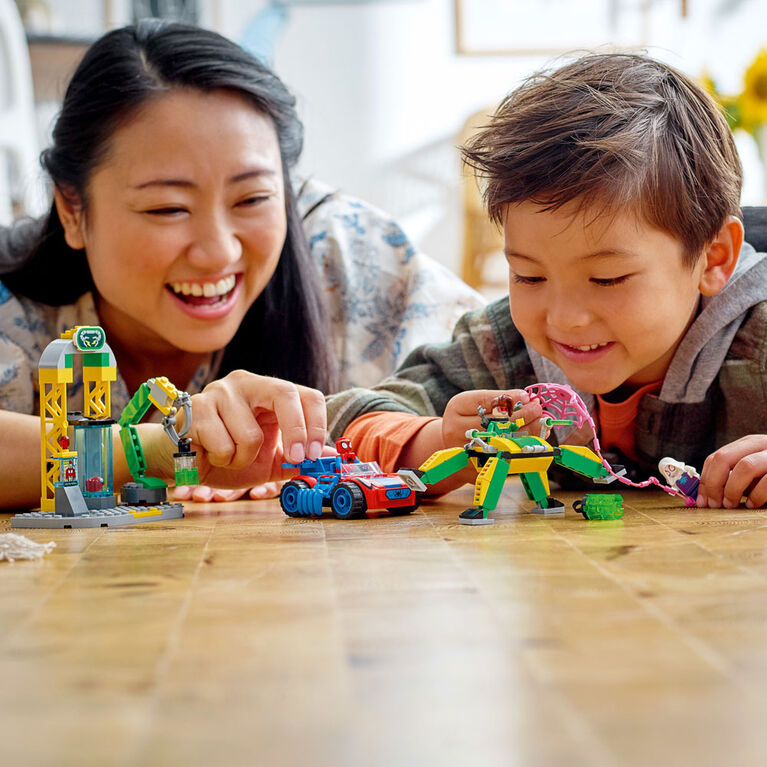 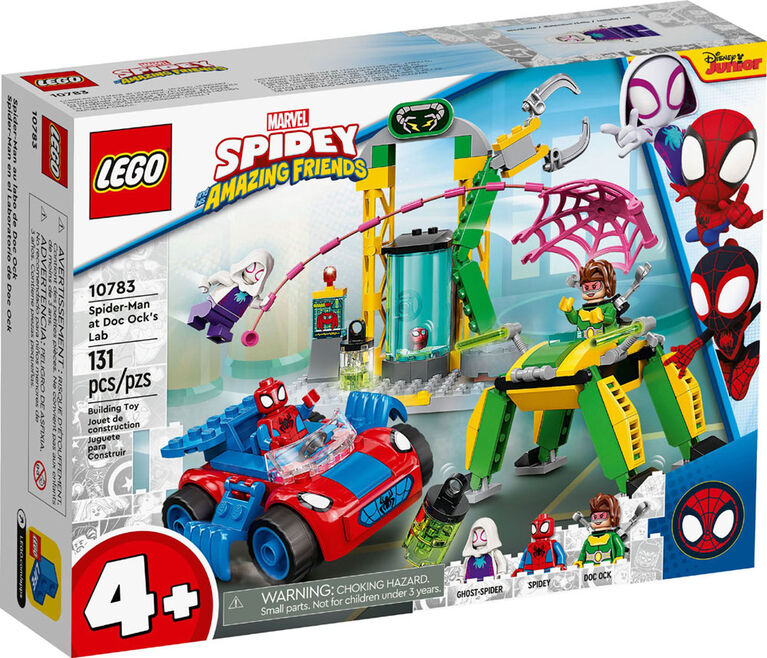 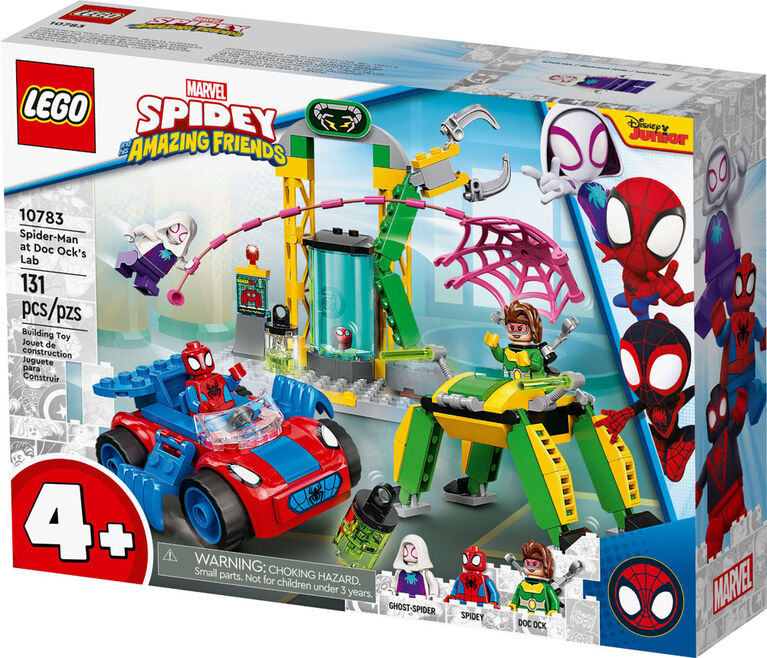 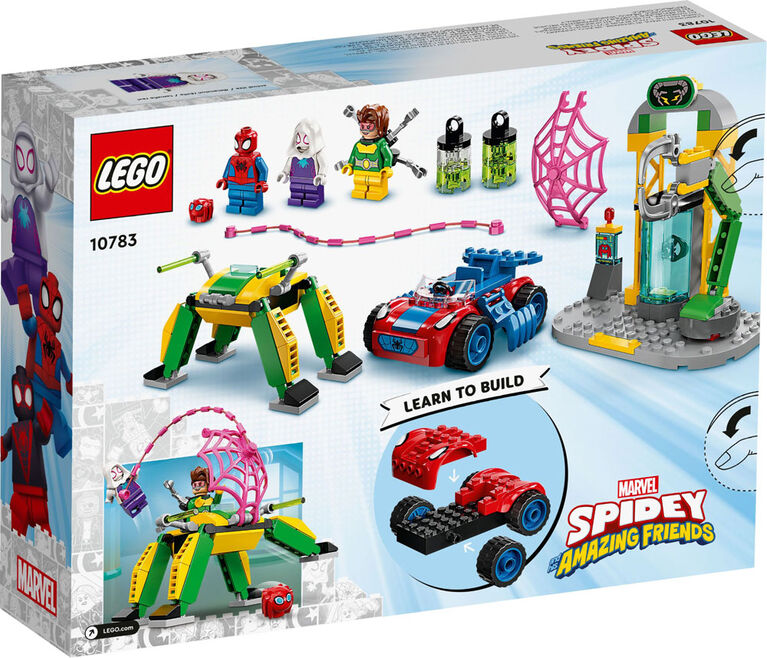 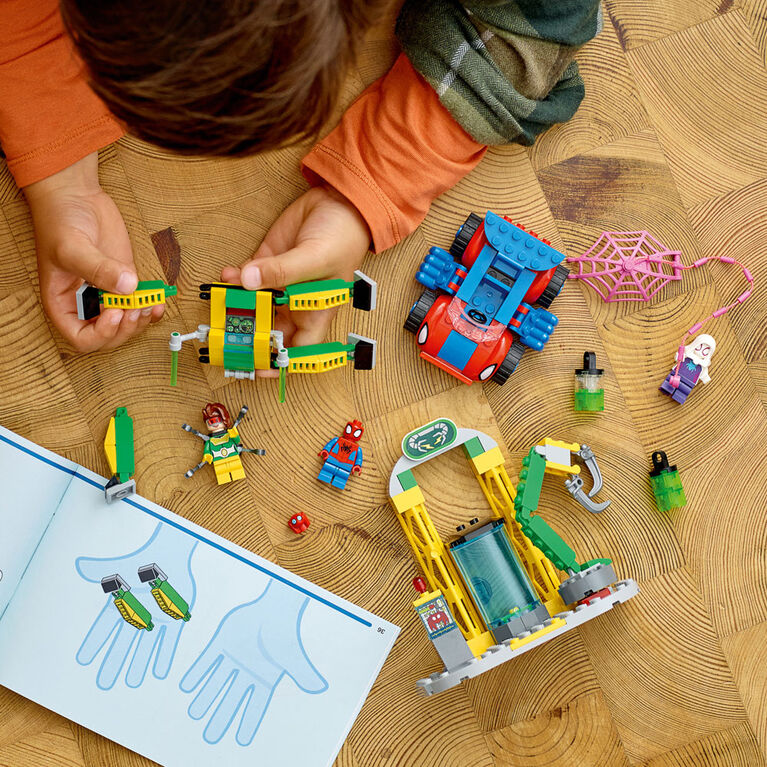 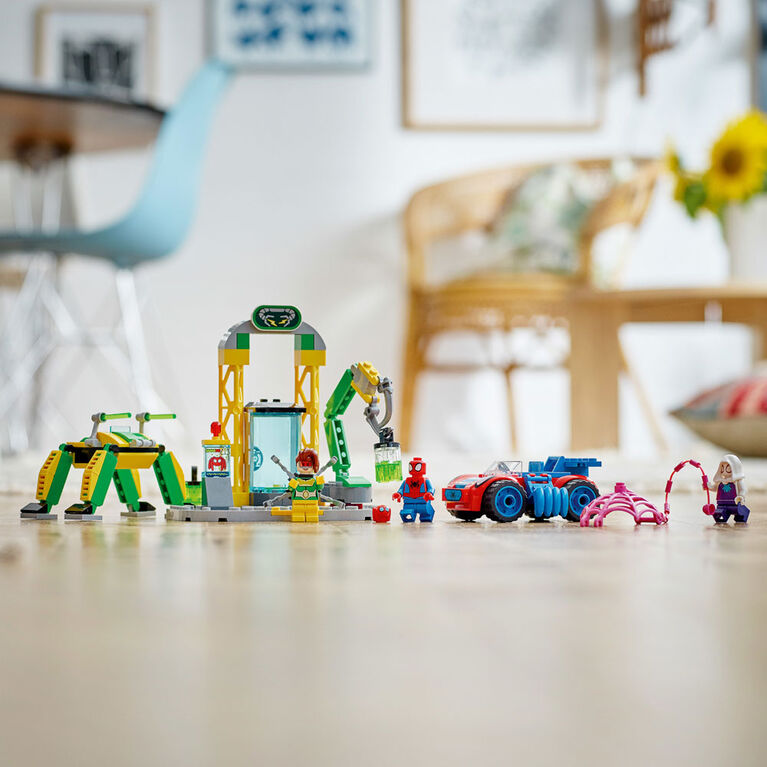 Pinch to zoom
Know a little web-slinger who's mad about Spider-Man? Make their day with LEGO Marvel Spidey And His Amazing Friends Spider-Man at Doc Ock's Lab (10783) building toy, inspired by the latest Marvel Studios' Spider-Man TV show. This feature-packed playset comes with a Spider-Man car, Doc Ock lab scene and mech, plus 3 minifigures. Kids aged 4 and up can act out their own exciting rescue scenes as they battle Doc Ock to save Spidey's robot spider pal. Building made simple Amid all the action fun, this LEGO 4+ set also helps little Super Heroes learn to build. 4+ sets come with a simple base to speed up construction. Each bag of bricks contains a character and a model so kids can start the Super-Hero play at any point. 4+ sets are also a fun way for adults to share the fun with youngsters. But if grown-ups are also new to LEGO building, kids can take control, since these LEGO Marvel gifts come with simple picture instructions that are perfect for children who can't yet read.