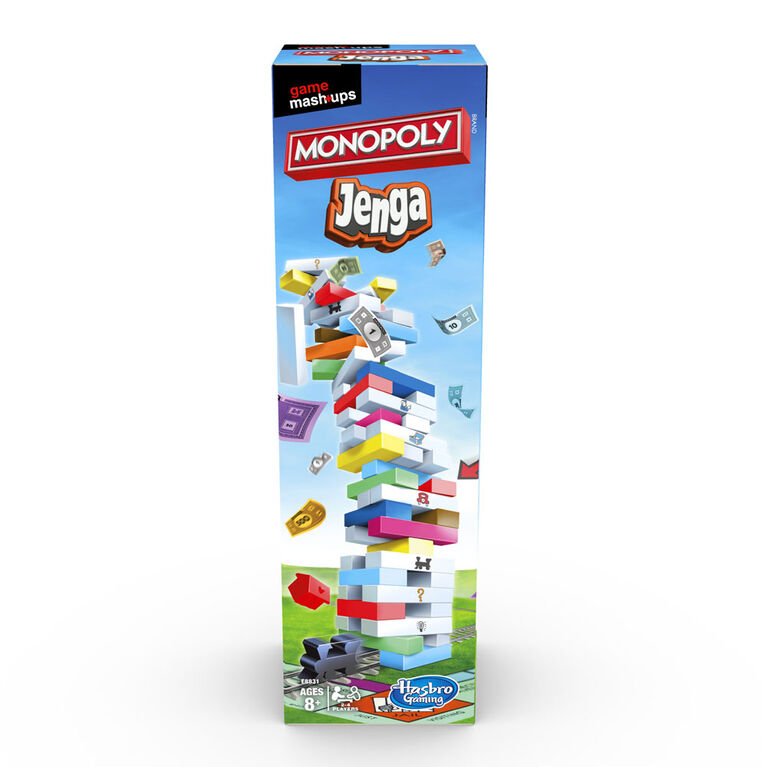 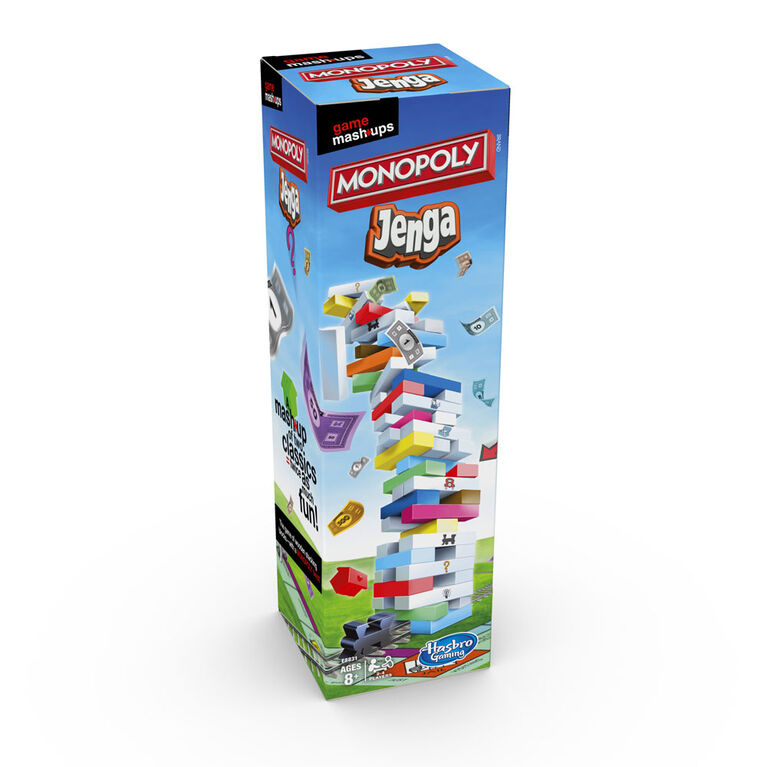 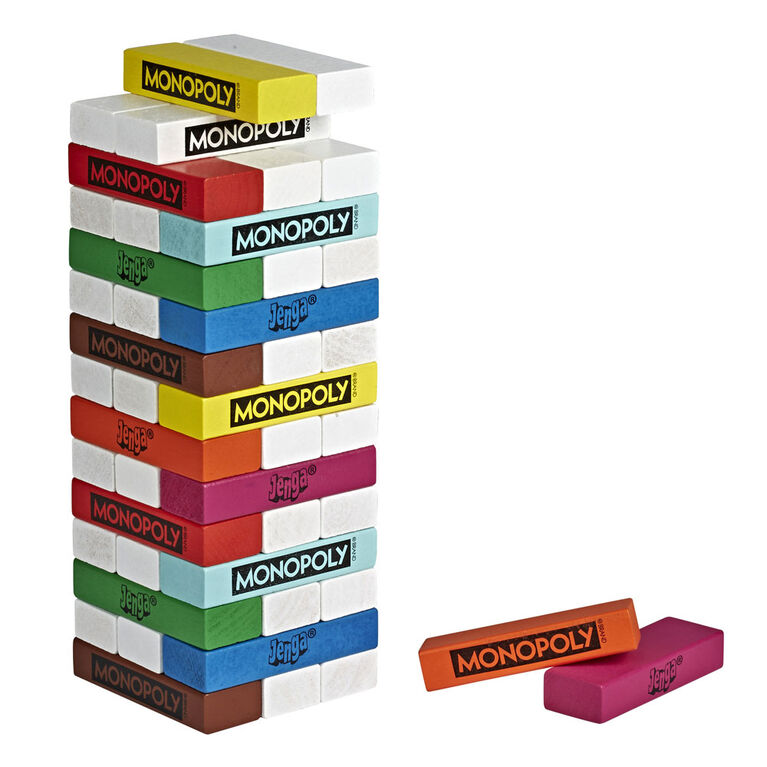 R Exclusive, only available at Toys R Us Canada. Monopoly meets Jenga in this fun Game Mashup for kids ages 8 and up, for 2-4 players

It's a Game Mashup: Two favorite brands come together to create one awesome game. This Jenga game has a Monopoly twist. Players pull out and stack the hardwood Jenga blocks that are based on Monopoly properties, spaces, and places. Collect the most properties, property sets, and railroad blocks before the tower crashes! Chance blocks make players steal or restack blocks. Pick a Go to Jail block and lose a turn. The Game Mashups Monopoly Jenga game is a great idea for a birthday or holiday gift for boys and girls ages 8 and up.

Jenga is a registered trademark of Pokonobe Associates.
The HASBRO, HASBRO GAMING, PARKER BROTHERS, and MONOPOLY names and logos, the distinctive design of the gameboard, the four corner squares, the MR. MONOPOLY name and character, as well as each of the distinctive elements of the board and playing pieces are trademarks of Hasbro for its property trading game and game equipment.