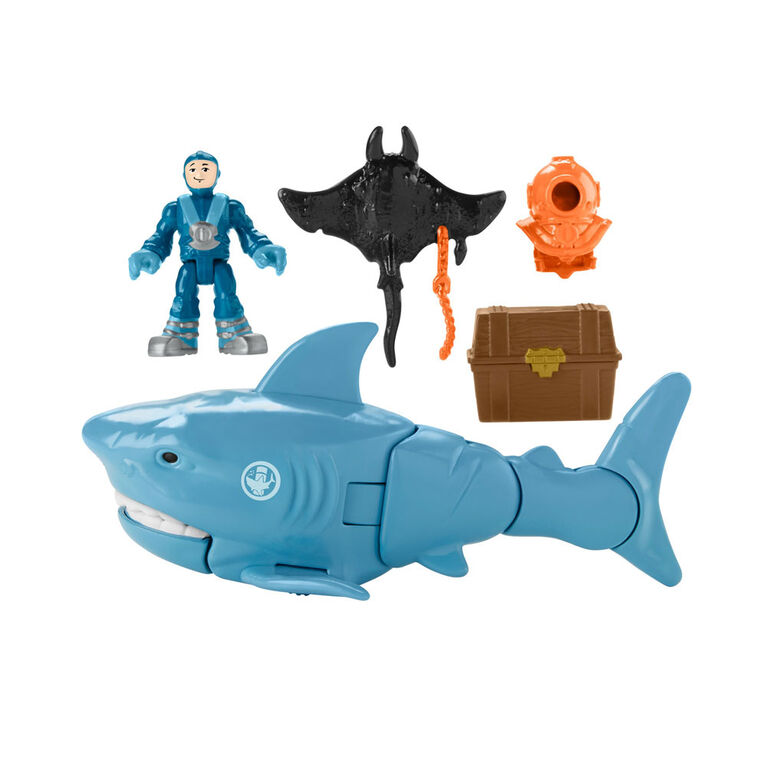 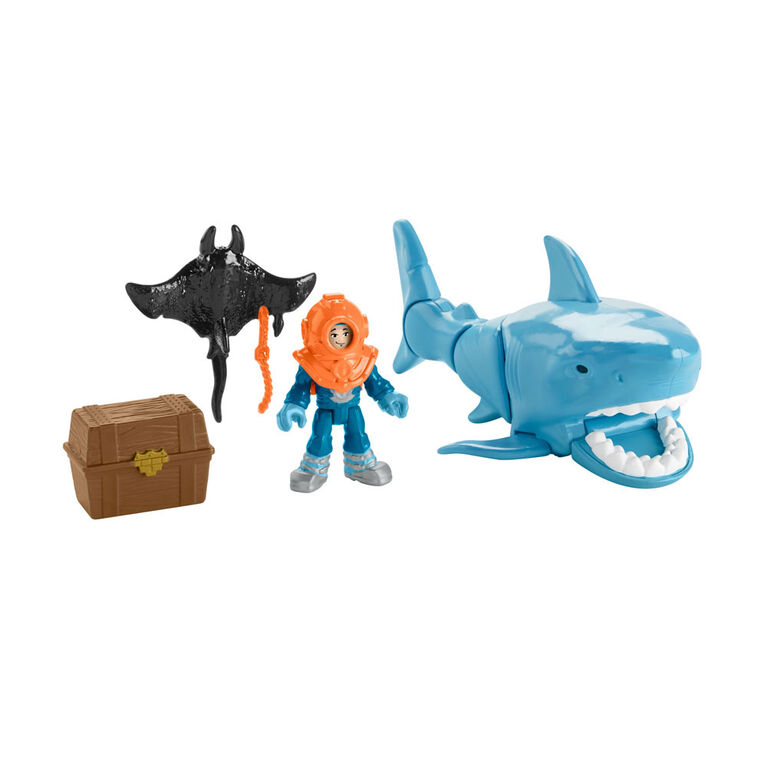 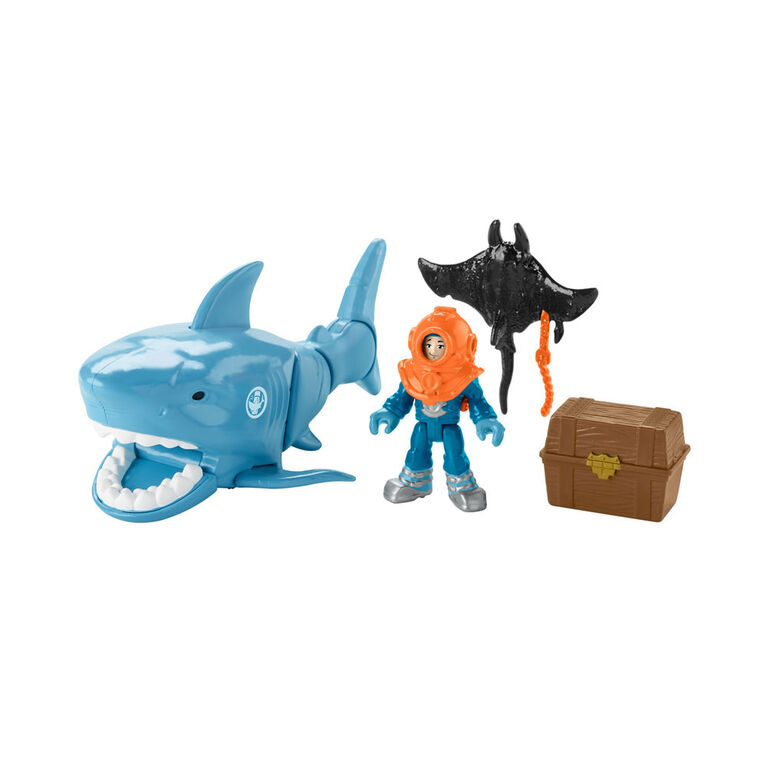 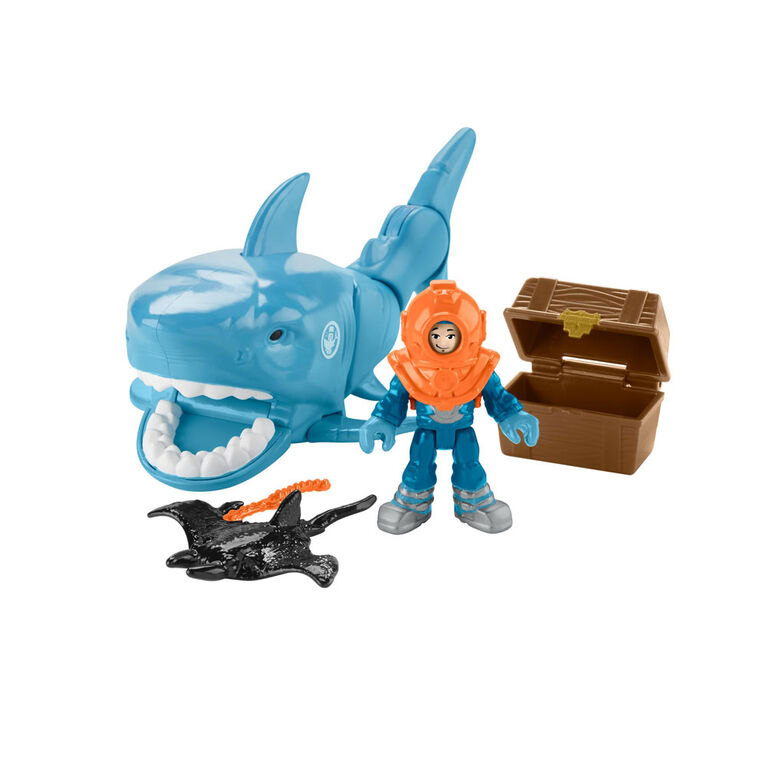 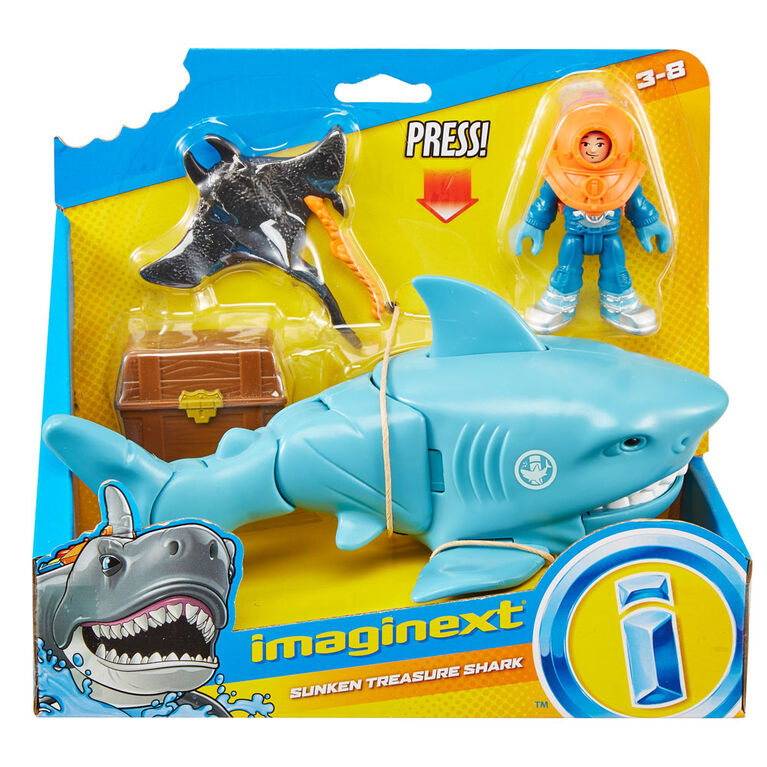 Pinch to zoom
Kids can dive into thrilling ocean adventures with the Imaginext Sunken Treasure Shark figure pack. Treasure-seekers, beware the dangers that lurk in the deep, dark ocean. As the scuba diver searches the ocean floor for sunken treasure with his manta ray friend, a shark stalks behind waiting to attack. Roll the shark along to see its tail move like it's swimming, then press the upper fin for awesome chomping action! Will the treasure-hunting scuba diver make a great escape That's for your young adventurer to decide! Imaginext Imagine What's Next!