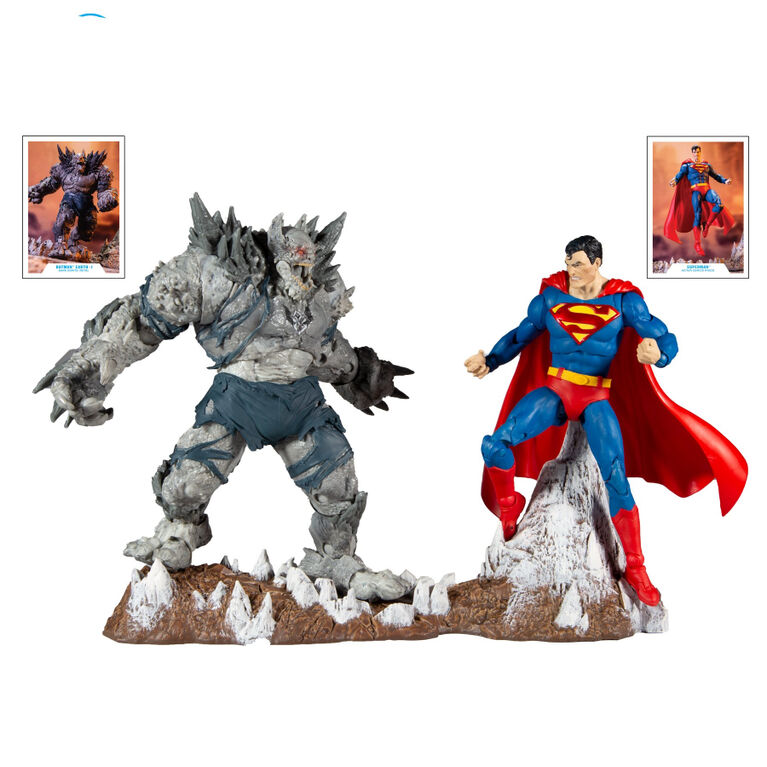 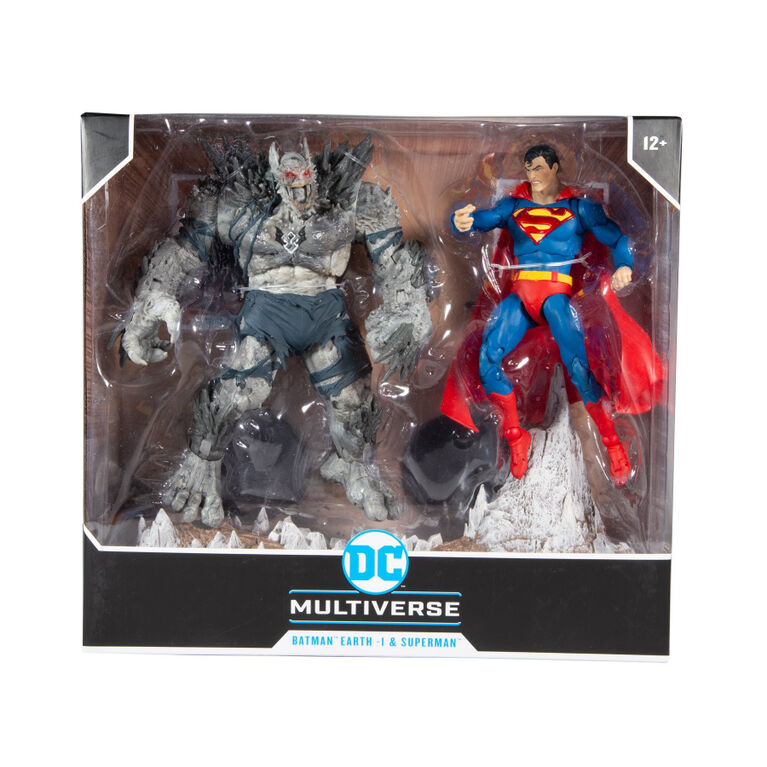 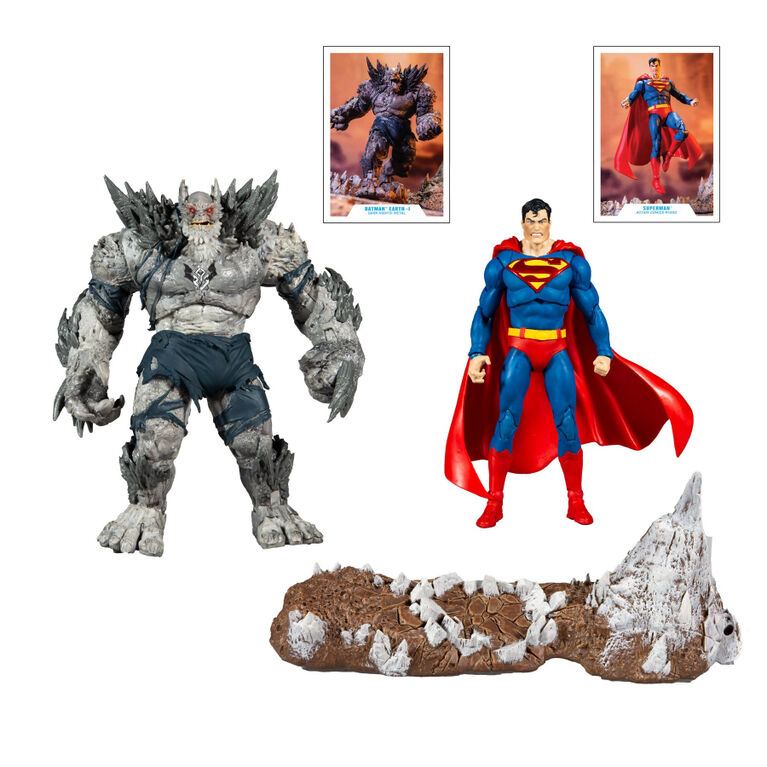 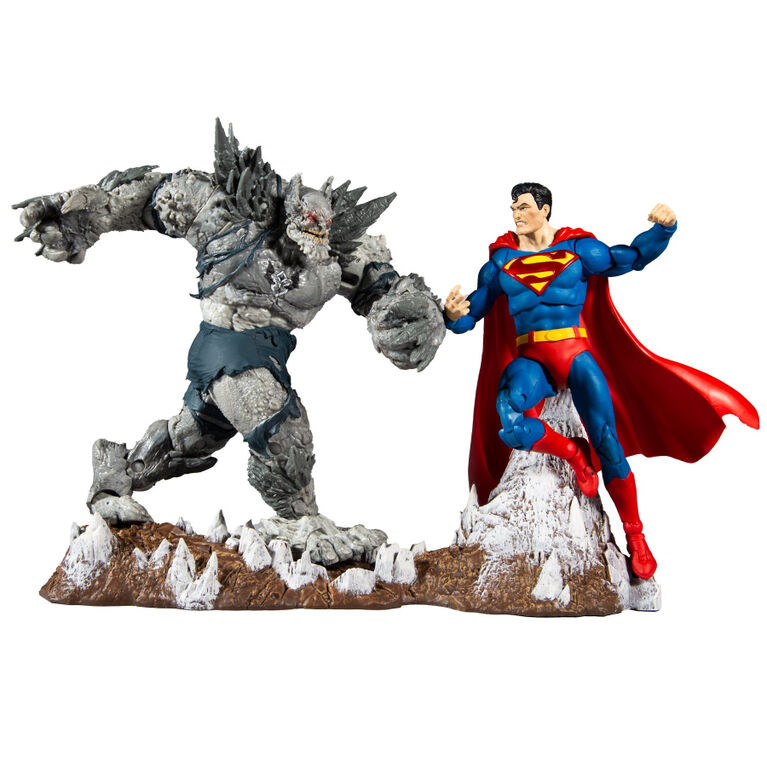 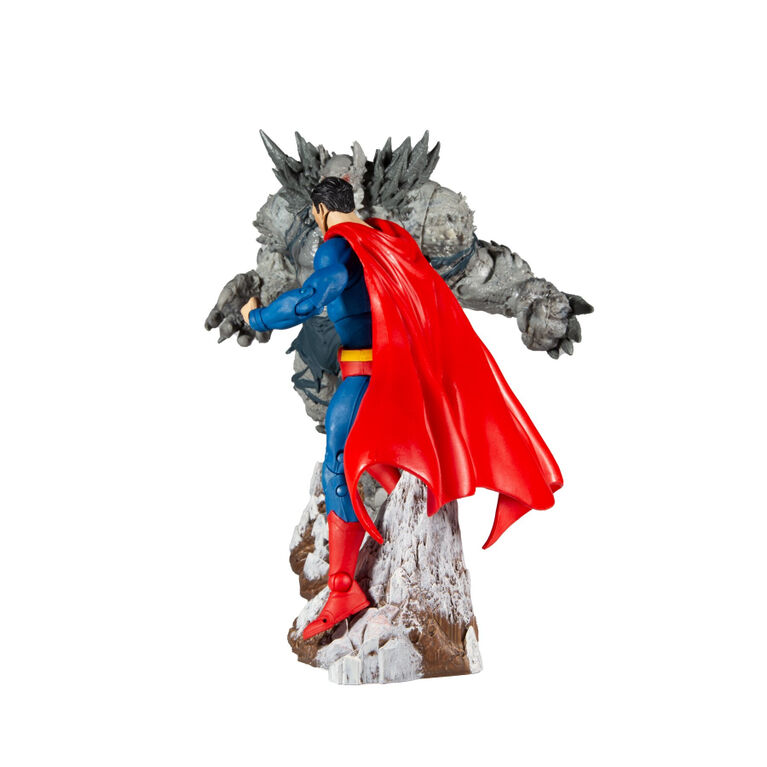 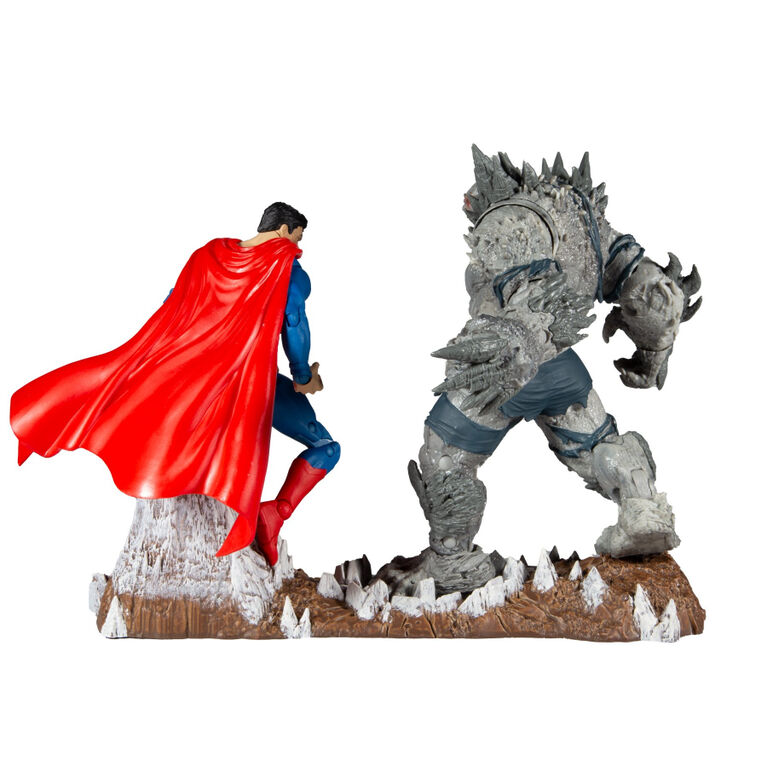 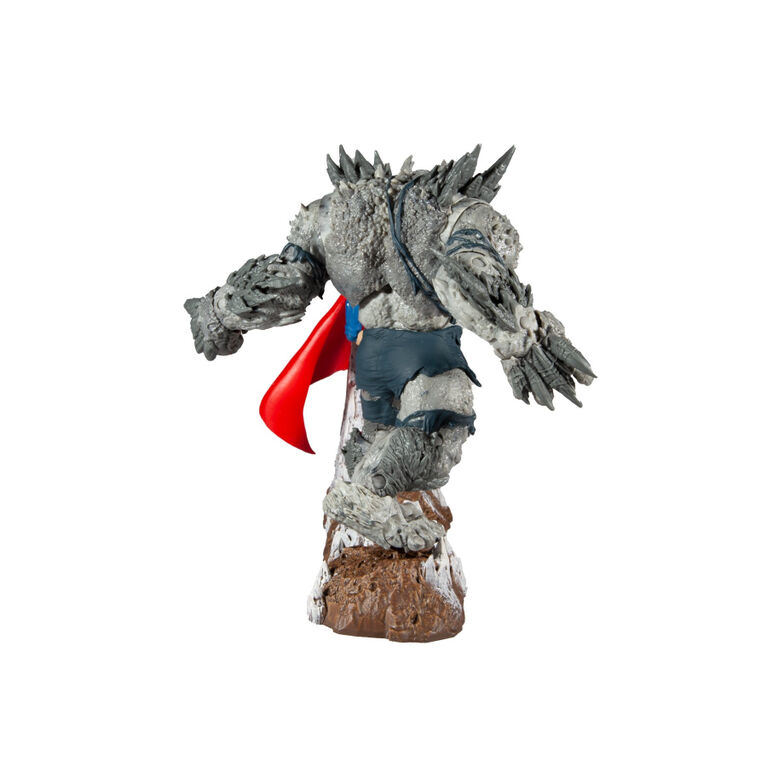 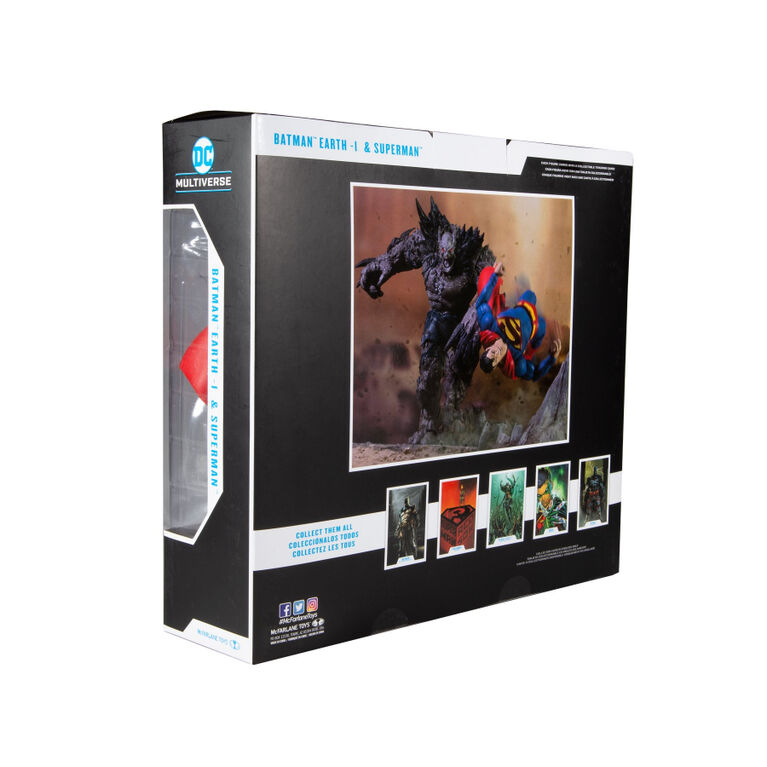 Pinch to zoom
Sent to Earth from the dying planet of Krypton as a baby, Kal-El was found by farmers Martha and Jonathan Kent and raised as their son, Clark. As Clark grew up, the radiation from Earth's yellow sun gave him extraordinary powers, which he kept hidden. Now fully grown, he uses his powers to protect his adopted world as Superman. The Man of Steel is virtually invulnerable and has the powers of super-strength, super-speed, and flight. He also has enhanced senses, including heat vision, X-ray vision, super-hearing, and super-breath. Crashing into our world from the Dark Multiverse's Earth -1 comes a nightmarish fusion of the only two beings capable of taking on the Man of Steel- Doomsday and Batman. The Devastator is an all-powerful creature in which the unstoppable might of Doomsday is combined with the unmatched intelligence of Batman.

Showcases the menacing mashup of Superman based on the DC Rebirth Comic and The Devastator from the comic book story arc Dark Nights: Metal

The highly detailed base is based on the Dark Nights: Metal comic issue where The Devastator flights Superman in Metropolis

Pack includes detailed base and two collectable art cards! One for each figure featuring their artwork on the front, and character biographies on the back

DC Multiverse Collector Multipack - Superman Vs Devastator Figures is rated 5.0 out of 5 by 2.
Website Price: $49.99

Free Shipping when you spend $75. Shop Toys”R”Us, Babies”R”Us and Rise Little Earthling in 1 easy checkout!
Promotion details
Free Shipping when you spend $75. Shop Toys”R”Us, Babies”R”Us and Rise Little Earthling in 1 easy checkout!
Offer applies to selected items for delivery by regular standard shipping only and excludes delivery to some remote locations. Up to the maximum of $20 shipping value. Any shipping expense over this $20 per order maximum amount will be charged to your order. Free Shipping applies only to orders with qualifying merchandise greater than $75 and does not apply to gift cards. Free Shipping offer excludes all large item items, such as; Gym sets, houses, large play sets and bikes, all large furniture items and other select items. Toysrus.ca offers "Free Shipping" on select items throughout the site. The shipment of orders to certain remote locations is excluded from these offers. In these instances, the standard delivery charge will be visible during the checkout process. On some products, special handling fees may still apply. If your order contains items that are ineligible for "Free Shipping", you will be charged for those items. Add item to your shopping cart and proceed to checkout to receive discount. While quantities last. Offer valid only while supplies last and not applicable to canceled orders due to out-of-stock merchandise. Discount not applicable with returned merchandise; total discount will be deducted from the value of any returned item to which the discount applied. This offer is not valid on previous purchases. This promotional offer may be modified or terminated at any time without notice. We reserve the right to cancel any order due to unauthorized, altered, or ineligible use of a discount.
Our recommended Age: 12 - 15 years
Our recommended Age