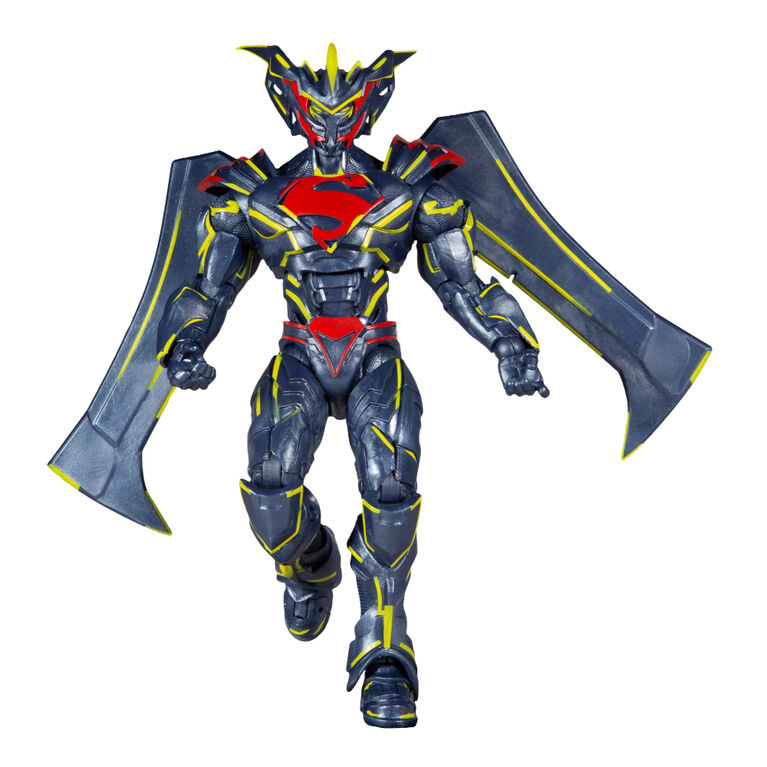 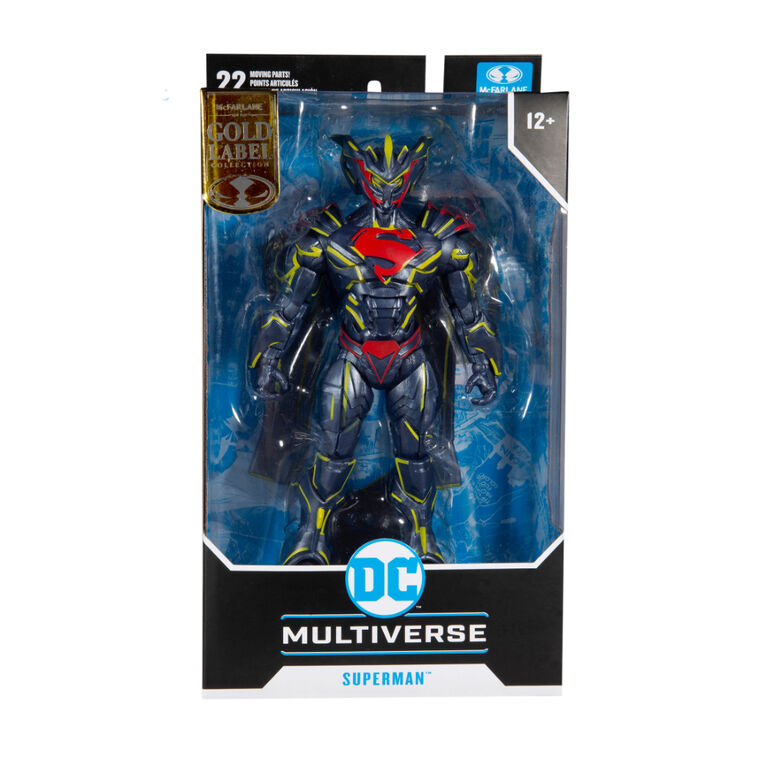 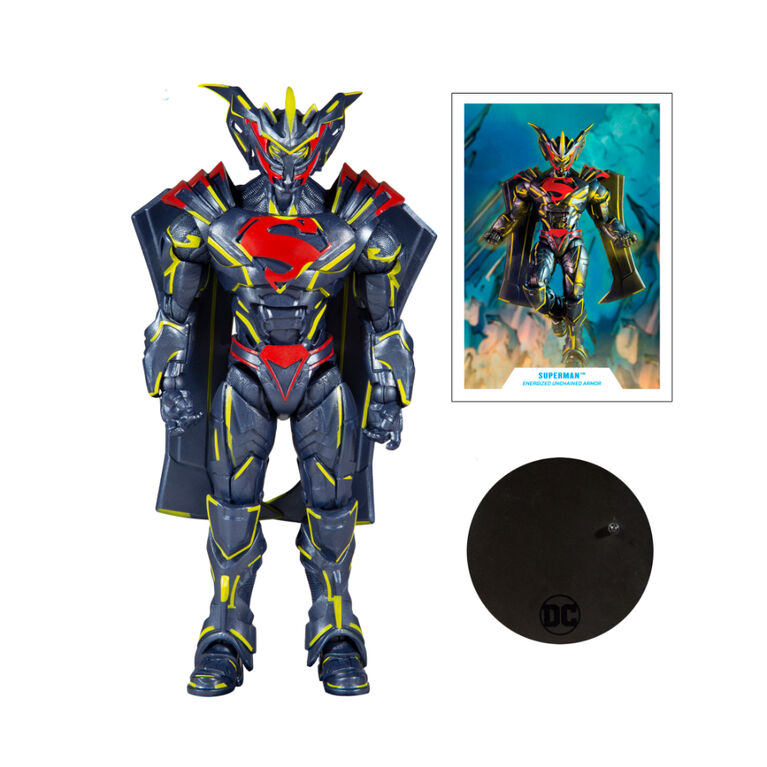 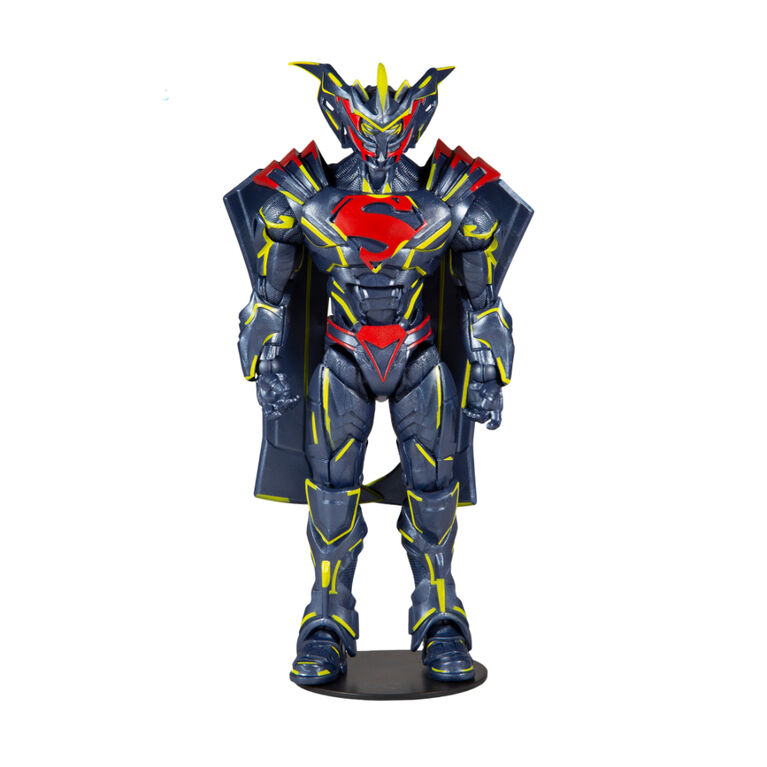 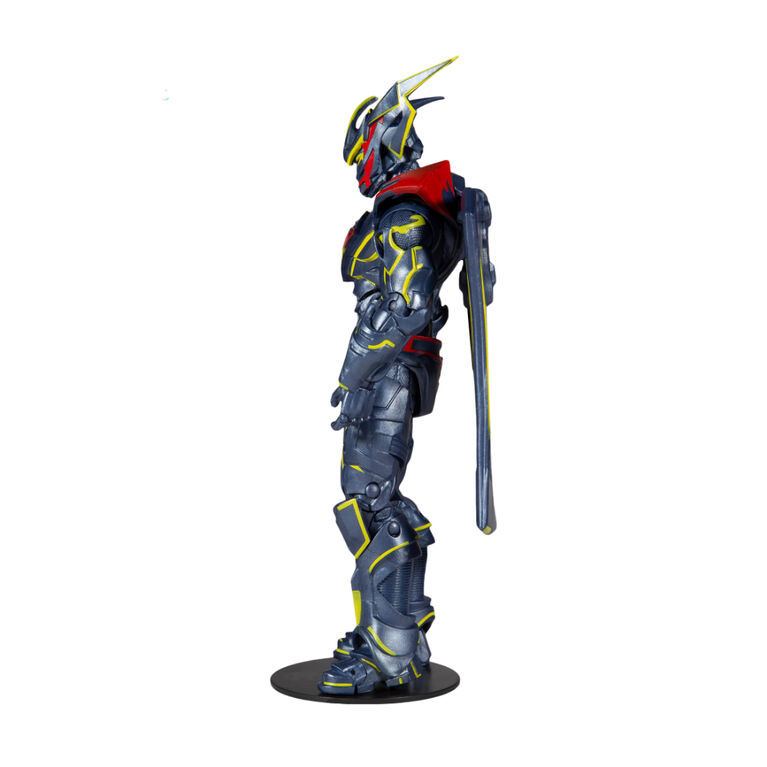 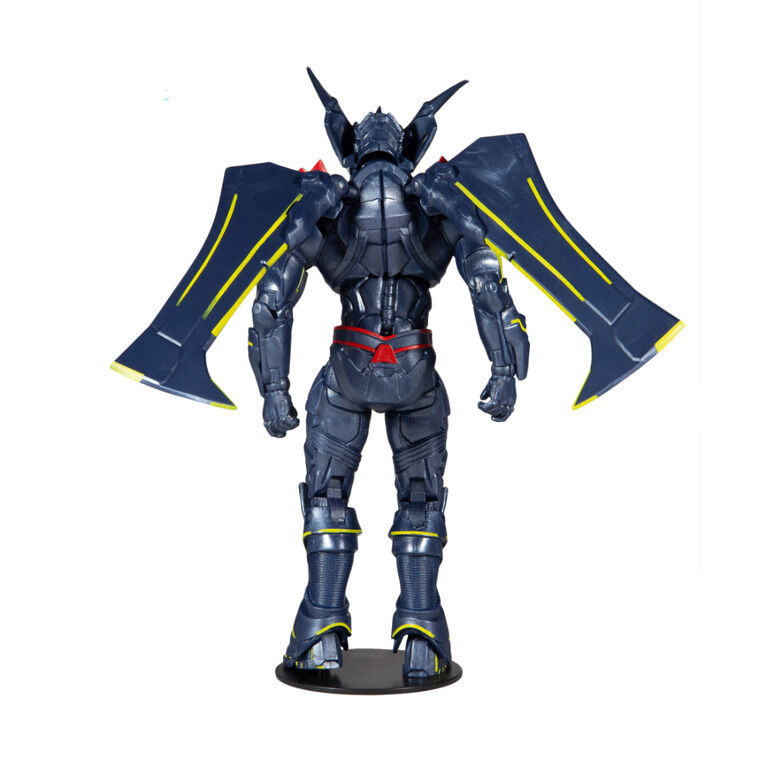 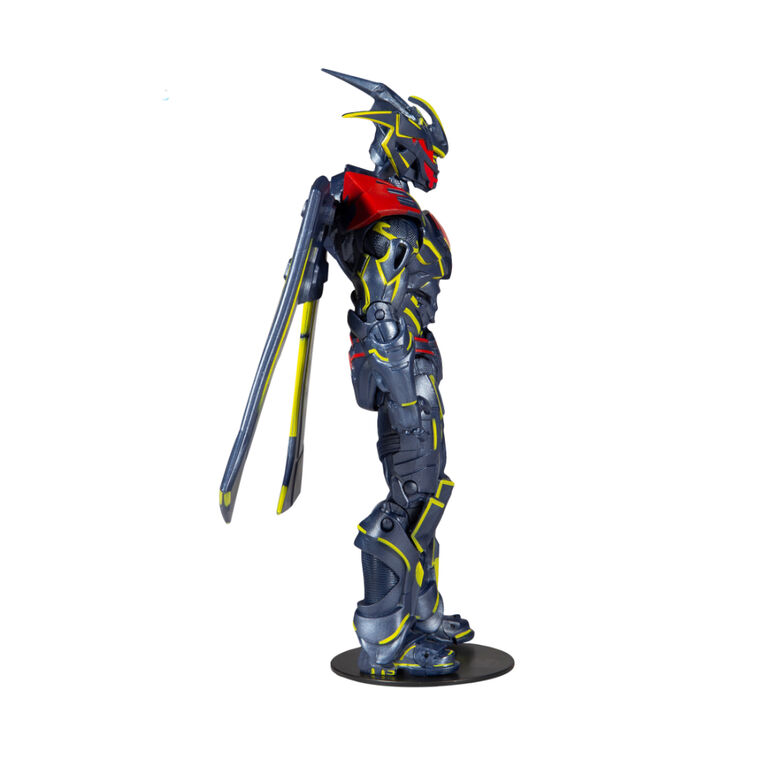 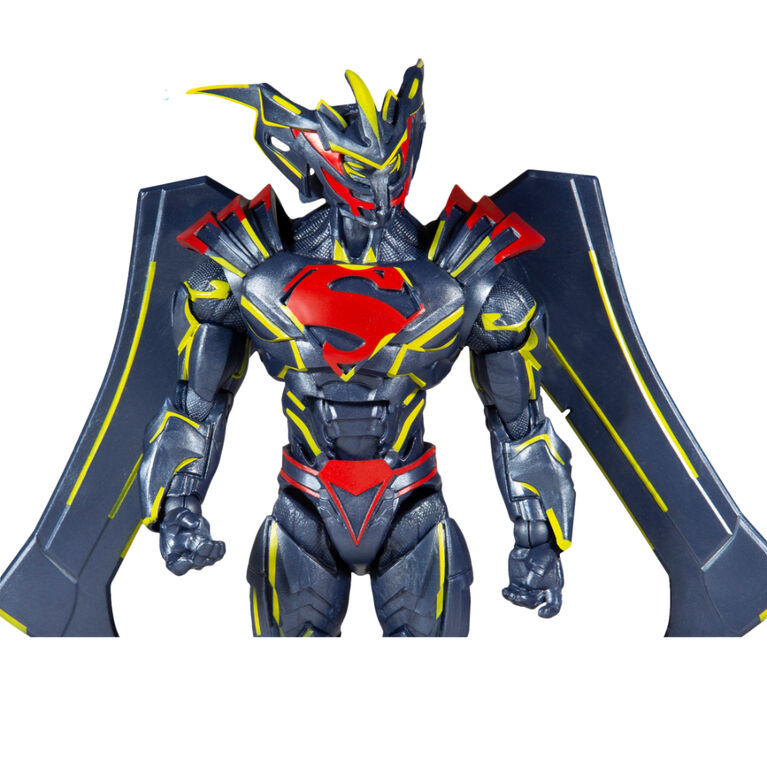 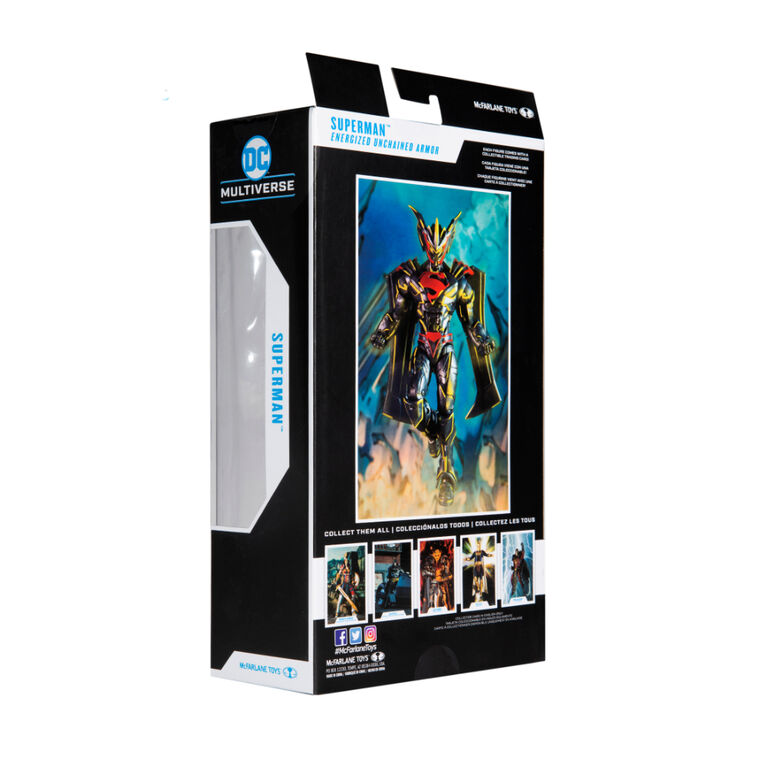 Pinch to zoom
When the weaponized alien called Wraith goes on a destructive rampage in the Batcave and both Batman and Wonder Woman are unable to stop him, Superman dons an armor that features a shield and battle axe to confront the electromagnetic adversary. Their battle continues to the center of the Earth where Superman is finally able to defeat him, leaving him floating in the lava at the Earth's core..