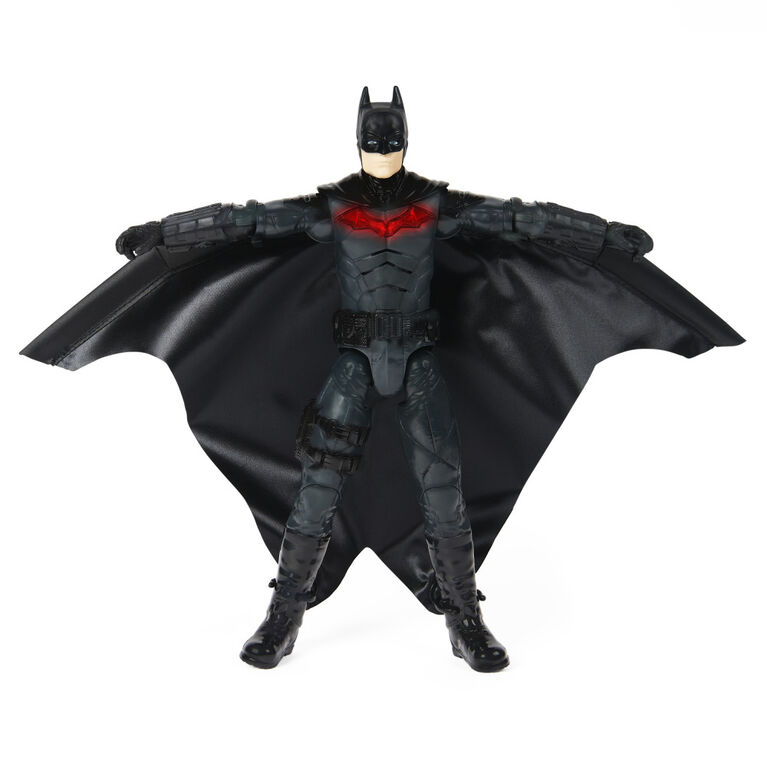 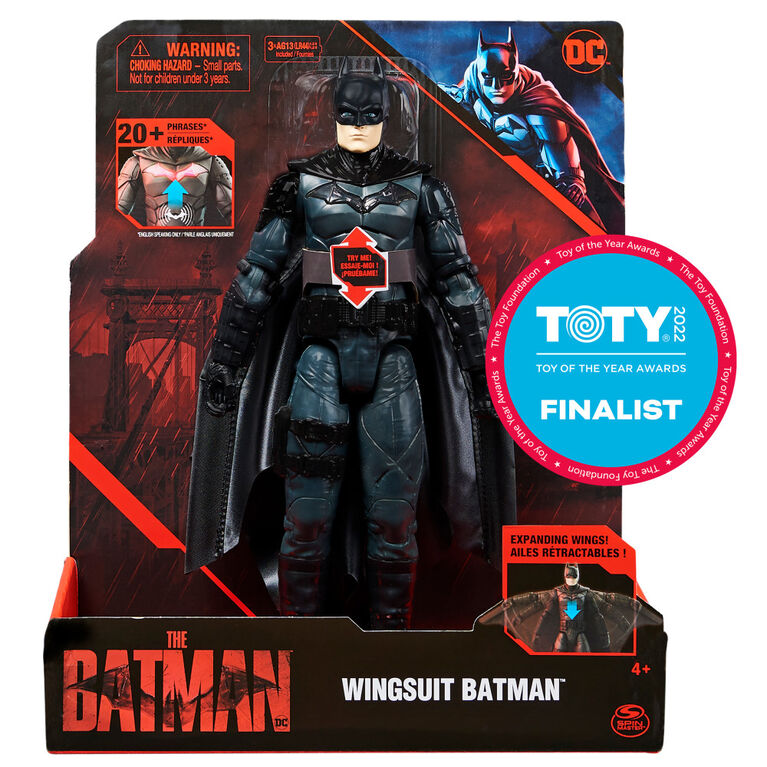 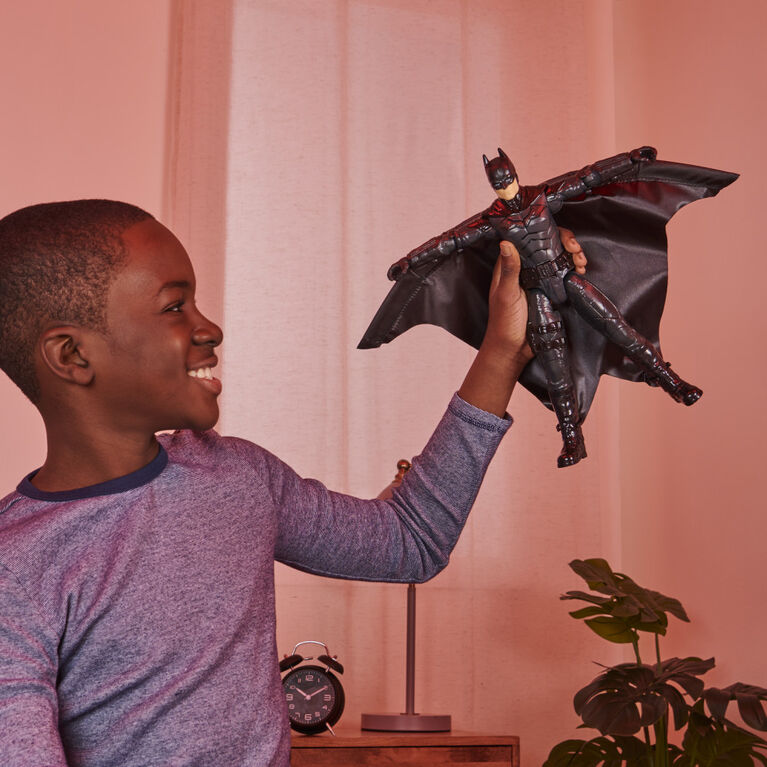 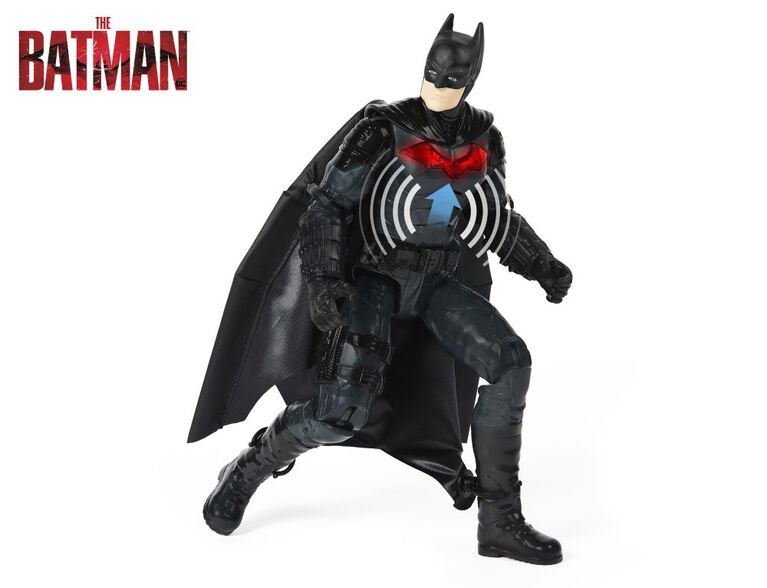 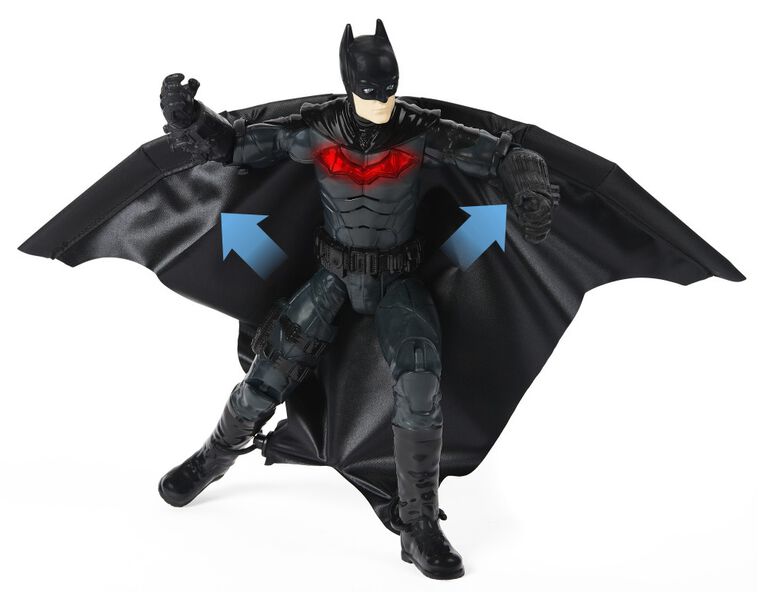 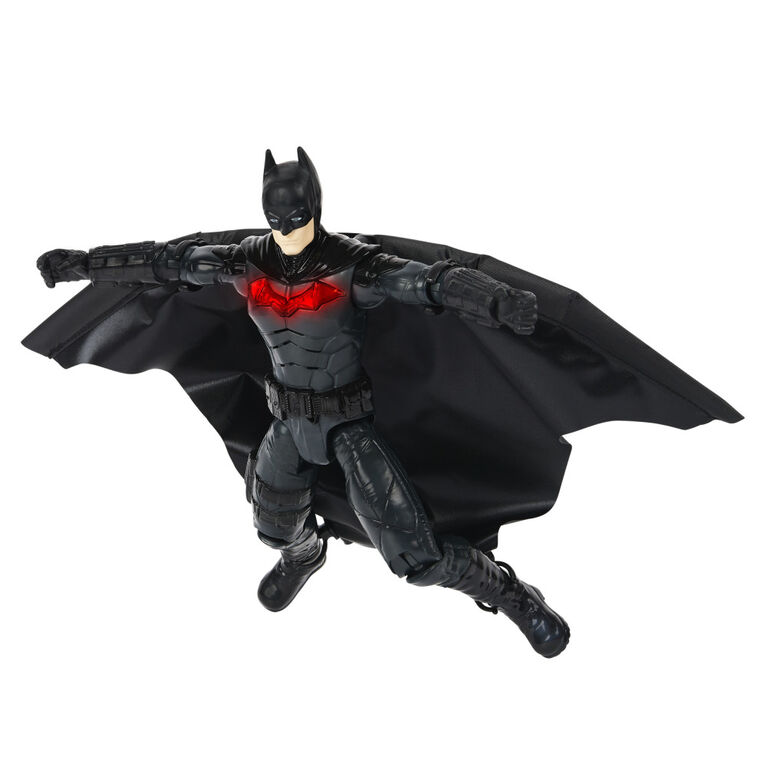 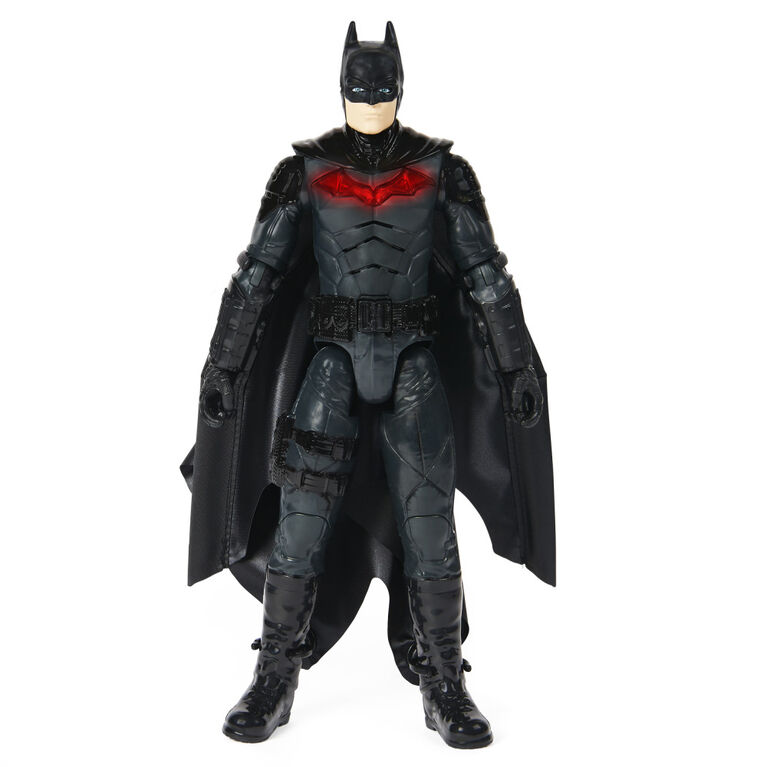 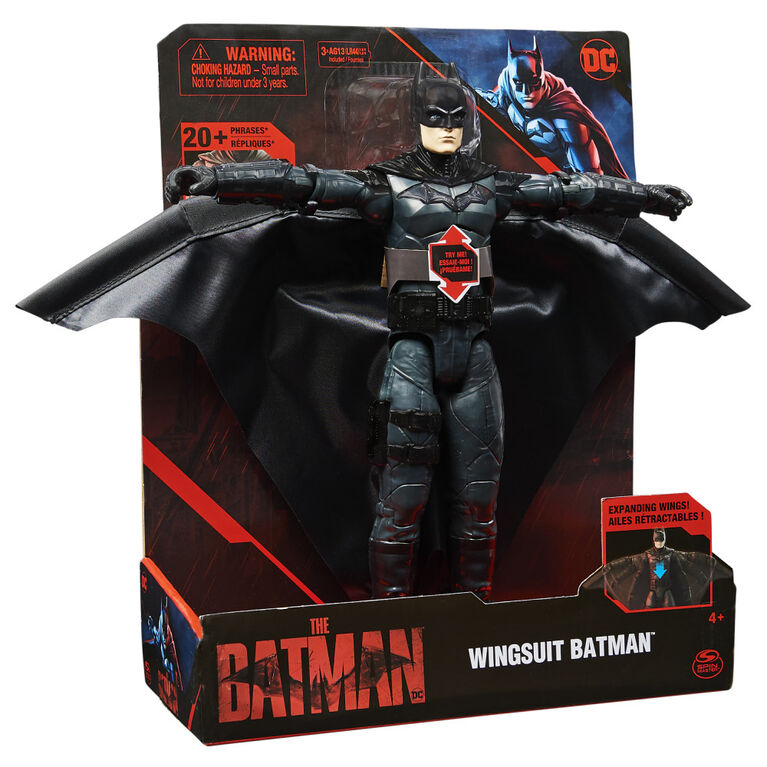 Pinch to zoom
Create your own epic Batman adventures with the Batman 12-inch Action Figures! The Wingsuit Batman figure features 11 points of articulation, wingsuit with expanding wings, and detailed movie styling that brings your favorite Batman figures to life! Press on the Batman's belt to lift wings up. Glide over Gotham City and be on the lookout for Super-Villains like The Penguin. Light up the Batman symbol on the suit and activate over 20 sounds and phrases! DC fans of all ages love Batman action figures. Engage your imagination and create your own epic Batman battles! With a range of figures to collect from the Batman Movie, you can now expand your Batman action figure collection with Batman, Selina Kyle, The Penguin, and more (each sold separately). Collect your favorite Super Hero and Super-Villains from the Batman Movie. Team up Batman to take The Penguin down! Bring your favorite Batman movie moments to life with the Batman 12-inch Action Figures and protect Gotham City!