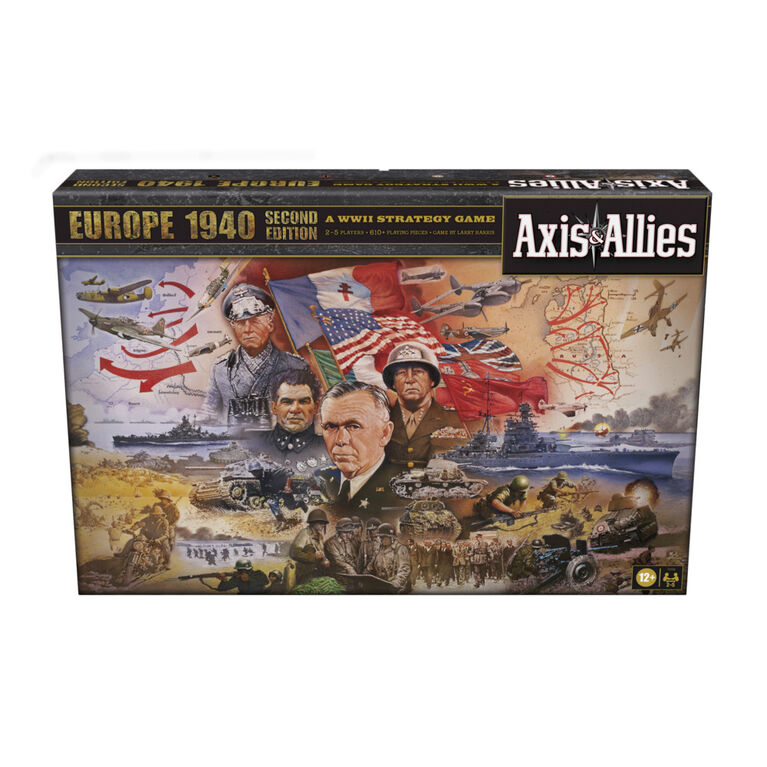 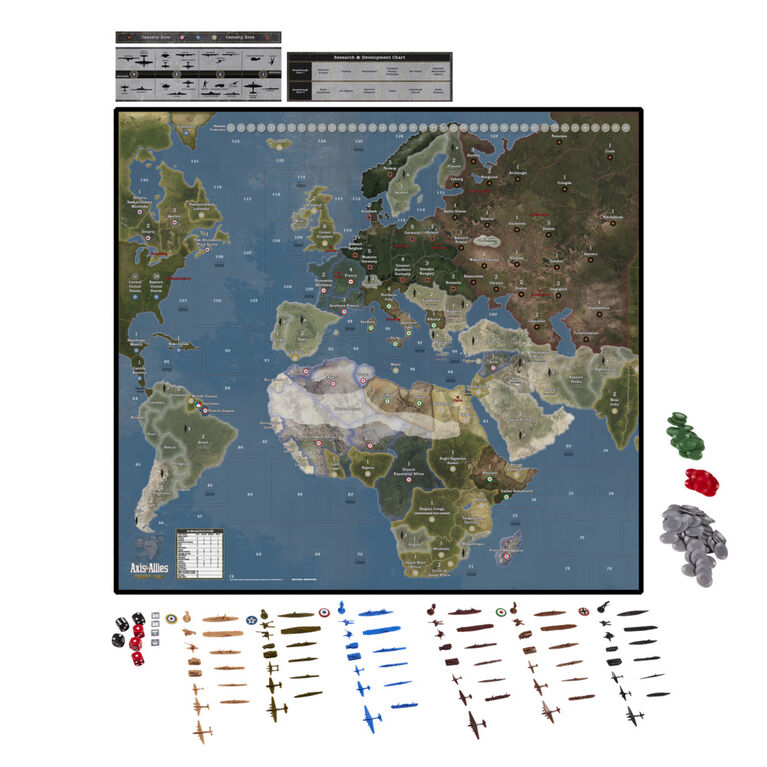 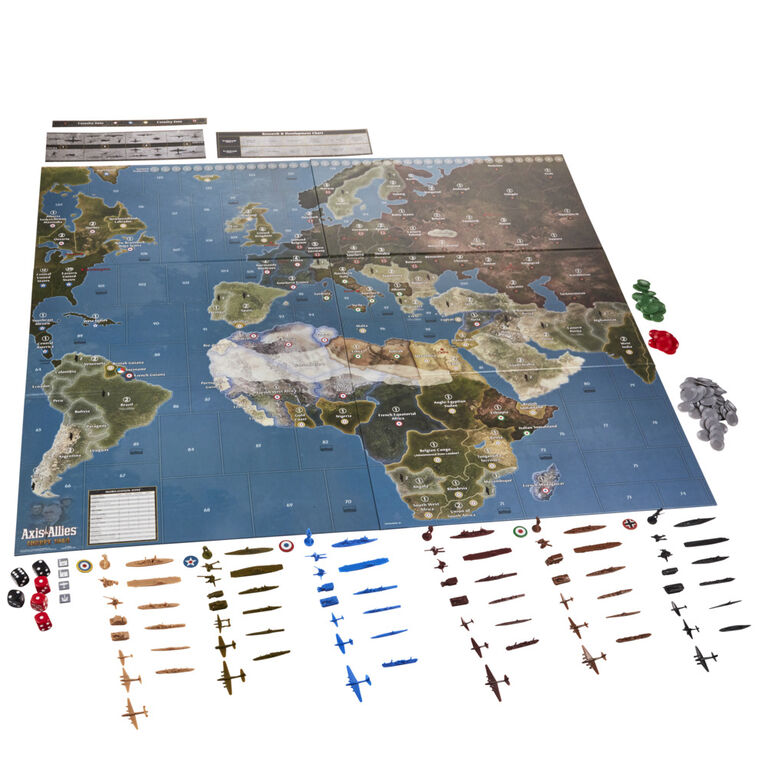 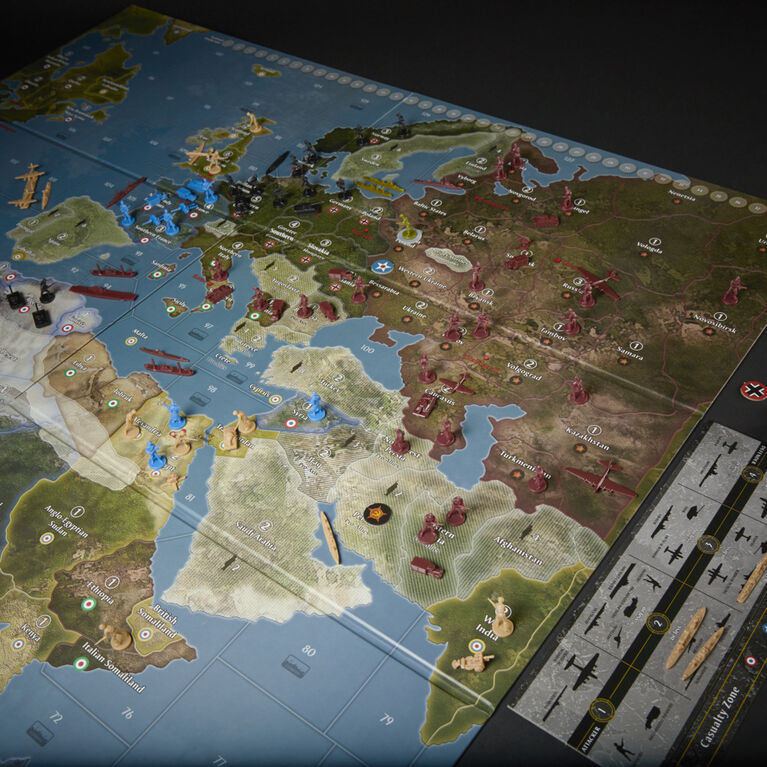 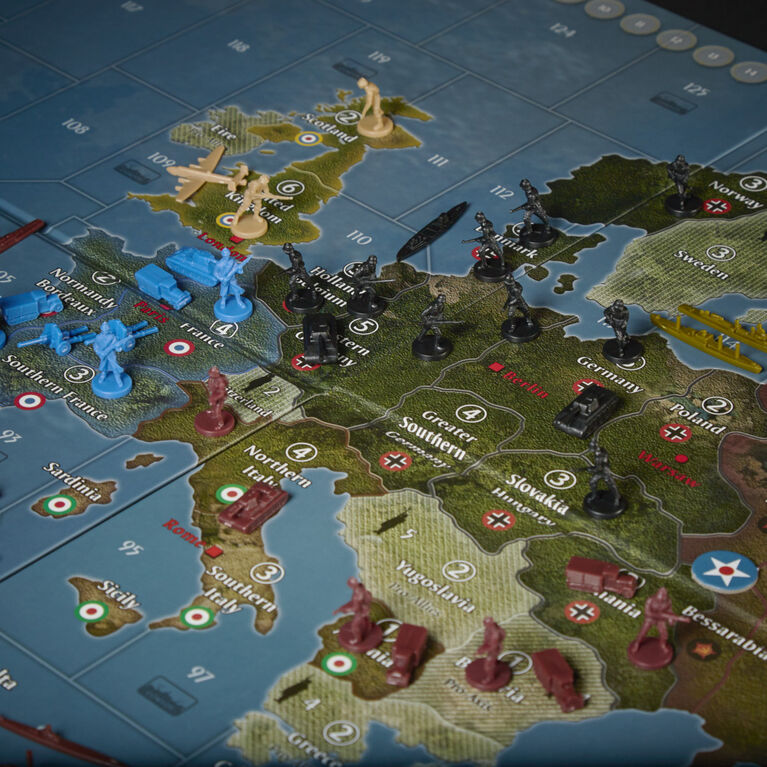 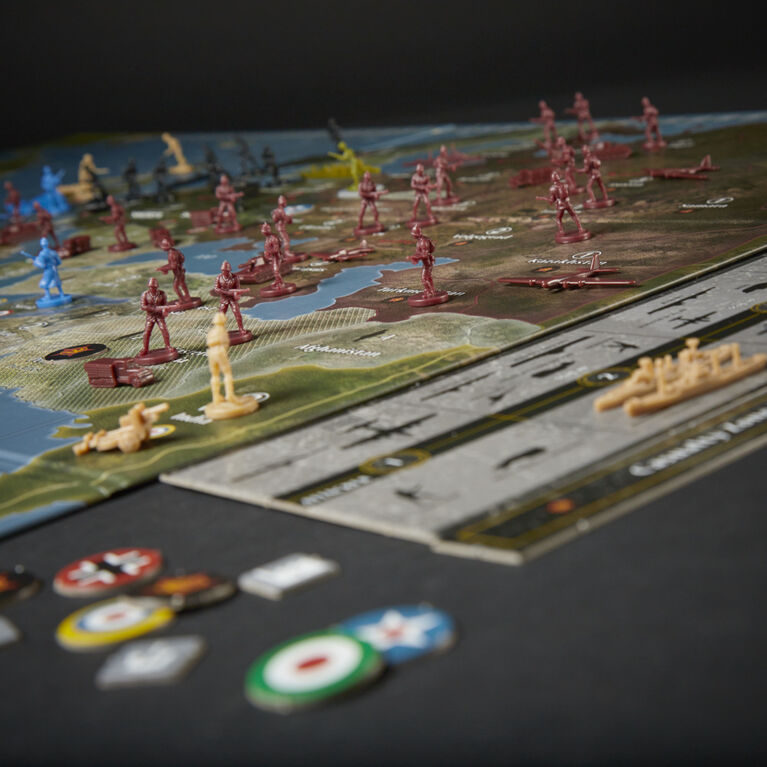 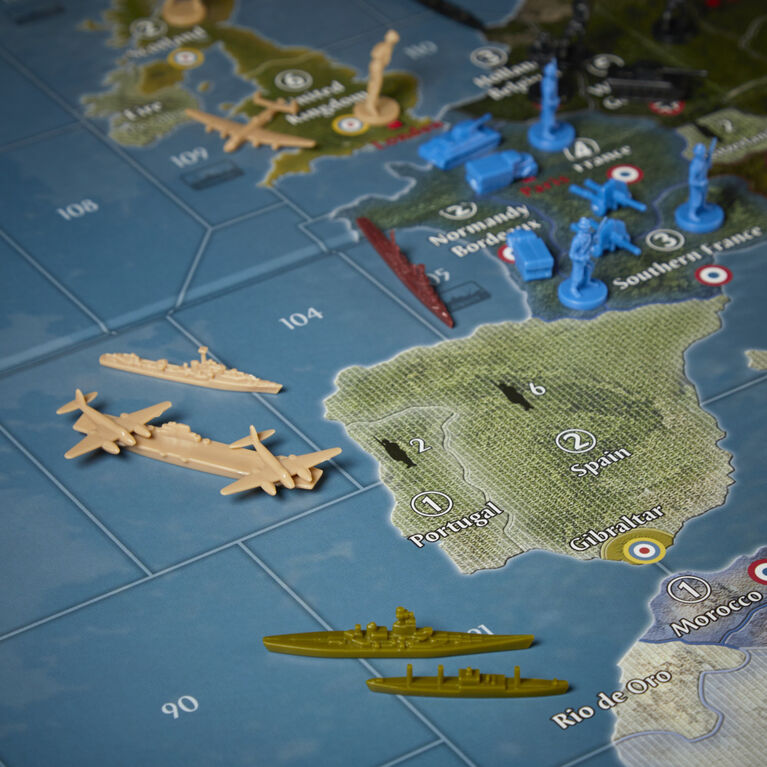 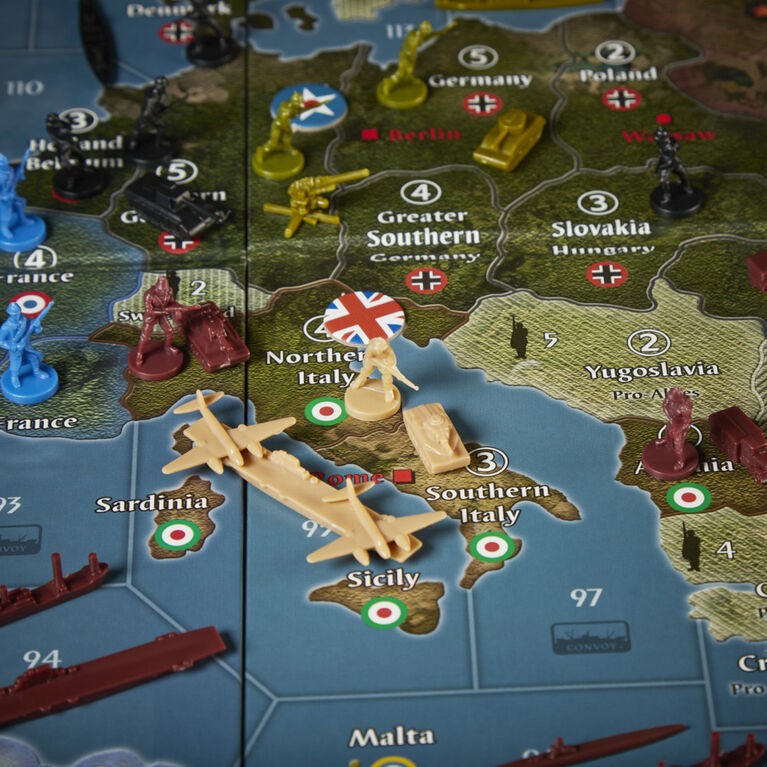 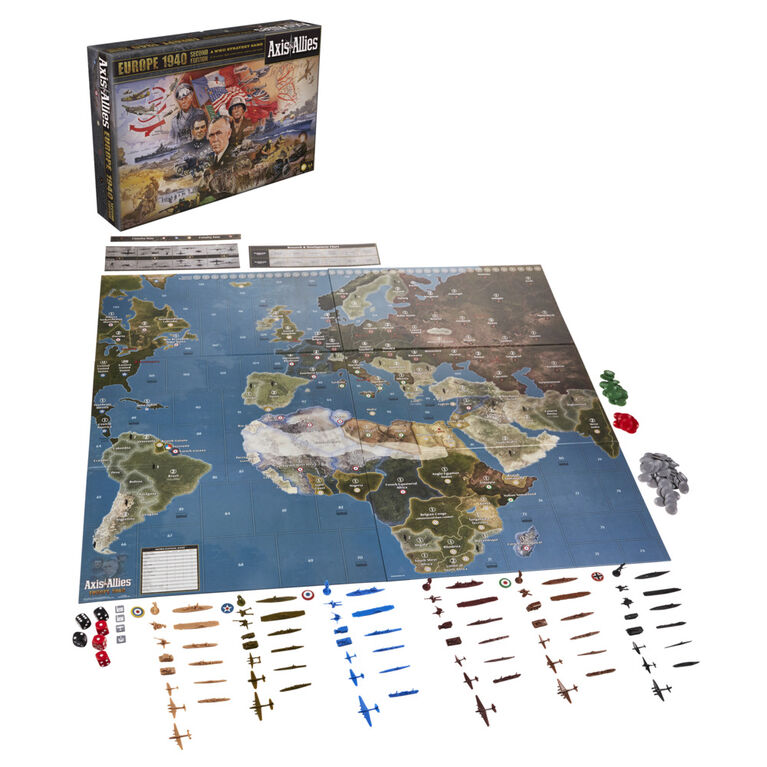 
The Avalon Hill Axis and Allies Europe 1940 board game builds on the success of the acclaimed AandA Anniversary Edition. It's a stand-alone game that can also combine with Axis and Allies Pacific 1940. (Sold separately. Subject to availability.) It includes over 550 combat forces, local storage boxes, and an oversized board that measures 35" x 32". The game includes neutral countries that can be invaded, and mechanized infantry and tactical bombers are included. This World War II strategy game can be joined with the Axis and Allies Pacific 1940 game (sold separately) to create a 6-player game on a map measuring 70" x 32" (178 x 81 cm). The tabletop game is for 2 to 6 players, and playtime is about 6 hours.