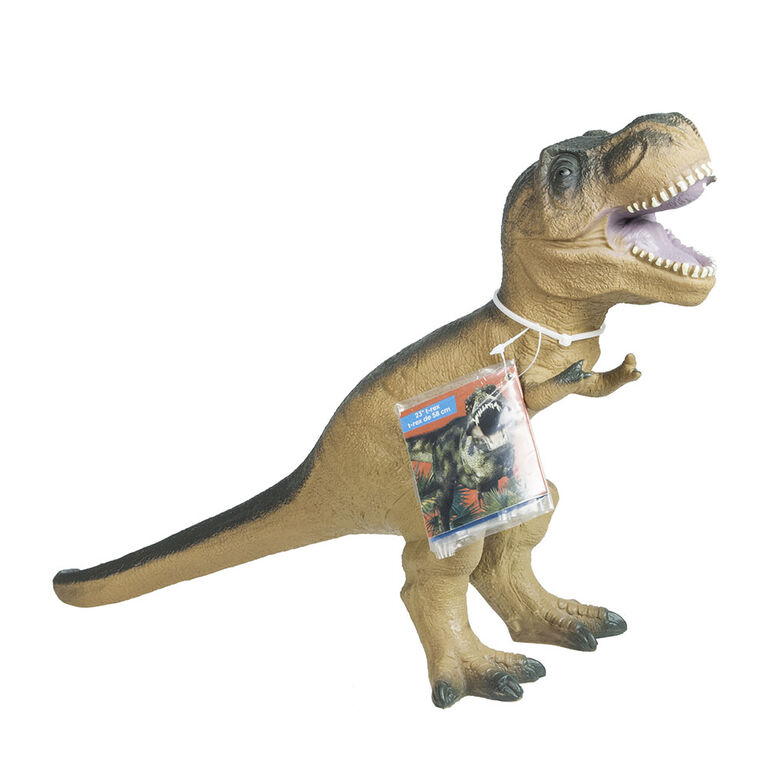 Pinch to zoom
R Exclusive, only available at Toys R Us Canada.
Animal Planet - 23" T-Rex
Meet the mighty tyrannosaurus rex, or t-rex to his friends. his name comes from the greek words turannos and sauros that mean tyrant and lizard. Rex is the latin word for king, so the tyrannosau-rus rex would be the tyrant lizard king of the pre-historic world. Reaching almost 40 feet in length and weighing in at up to eight tons, he could seize his prey in his small but mighty arms with ease. And his big brain made it easy for him to outsmart his lunch.
23 inch Tyrannosaurus Rex
Soft yet sturdy foam construction
For Ages 3+