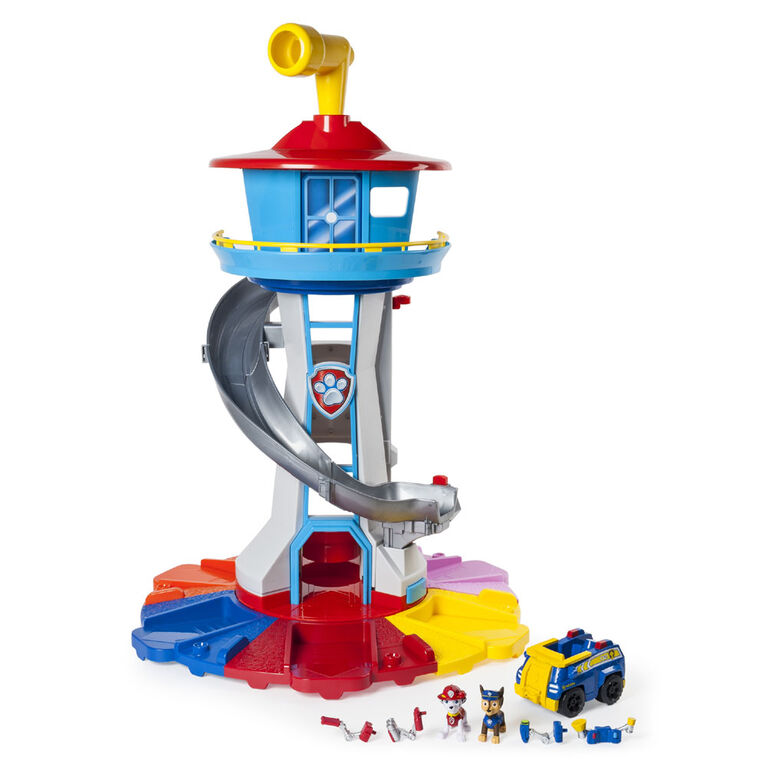 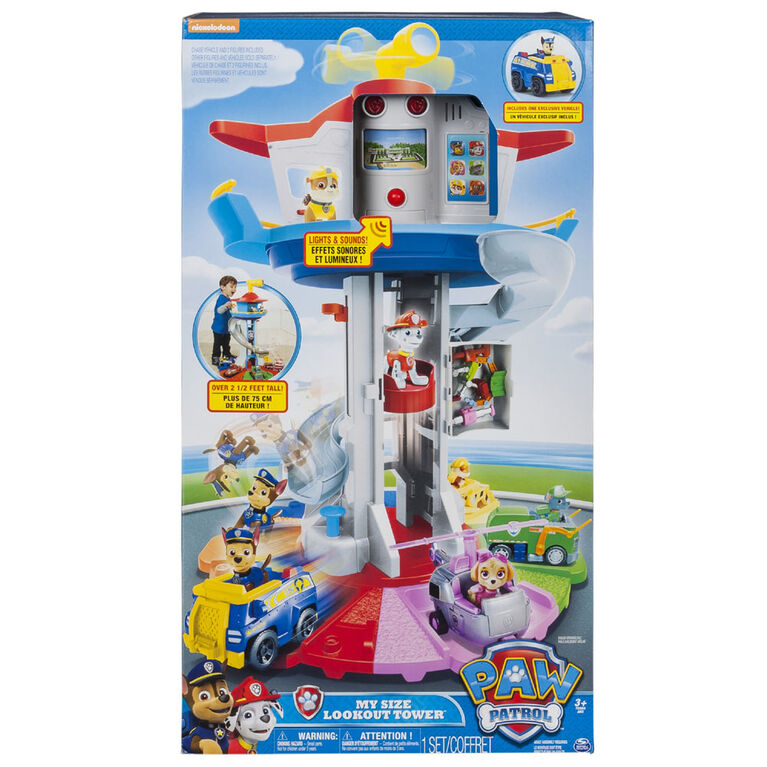 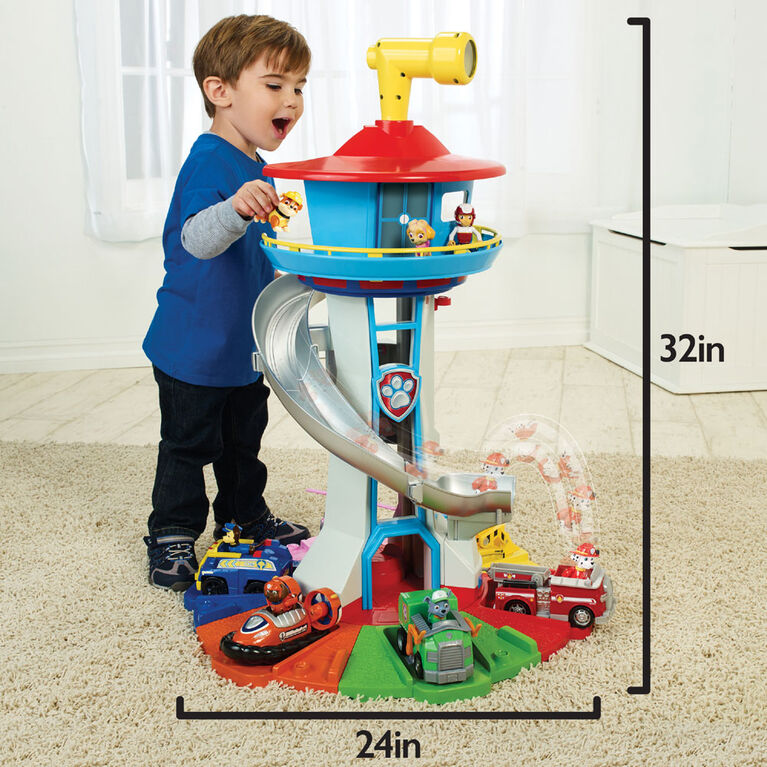 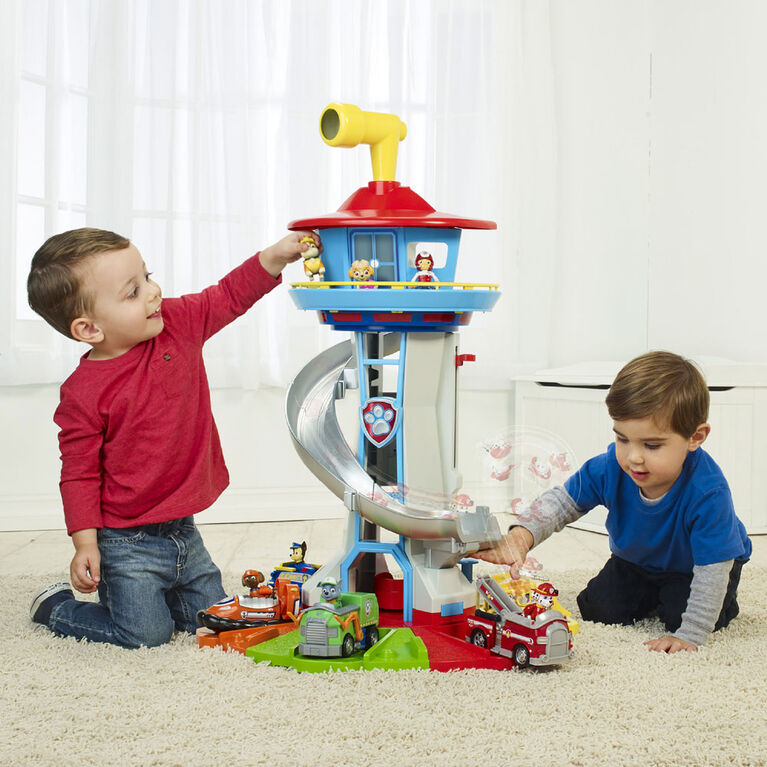 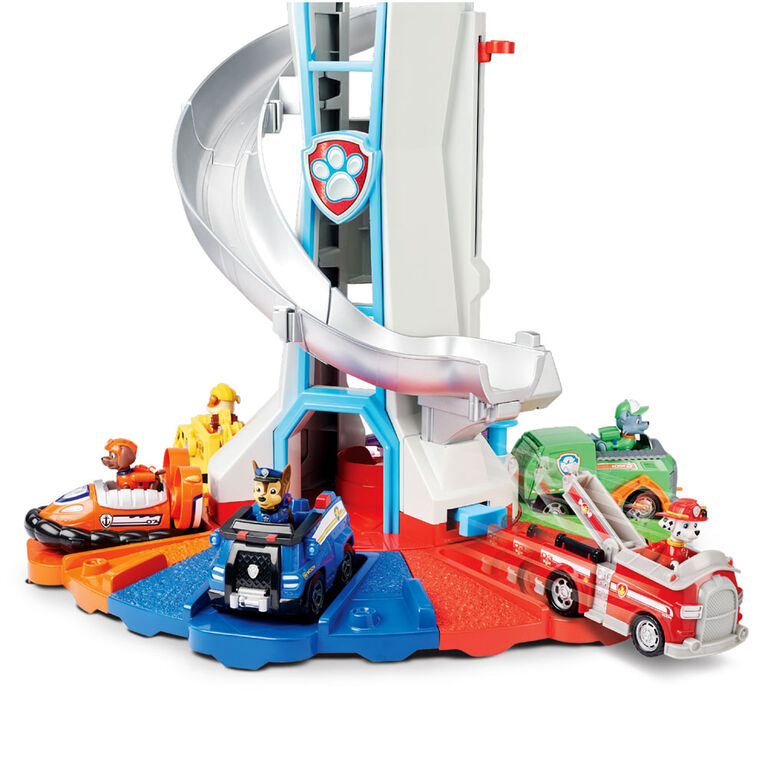 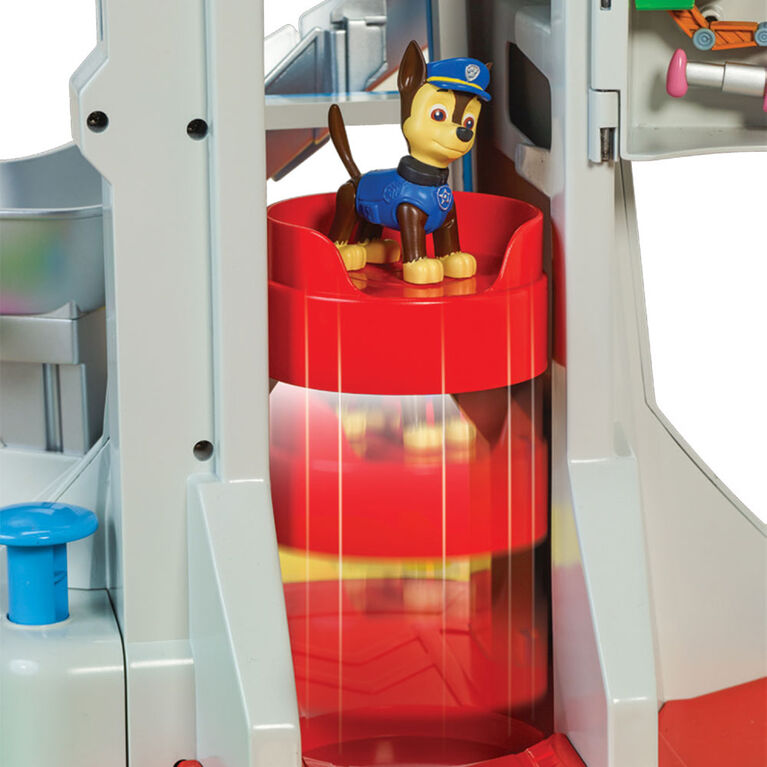 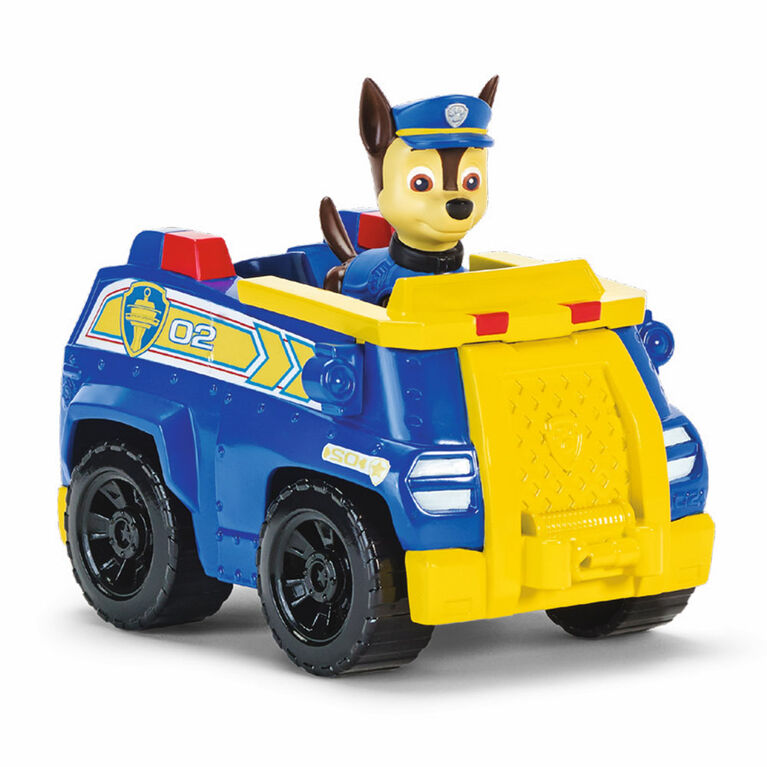 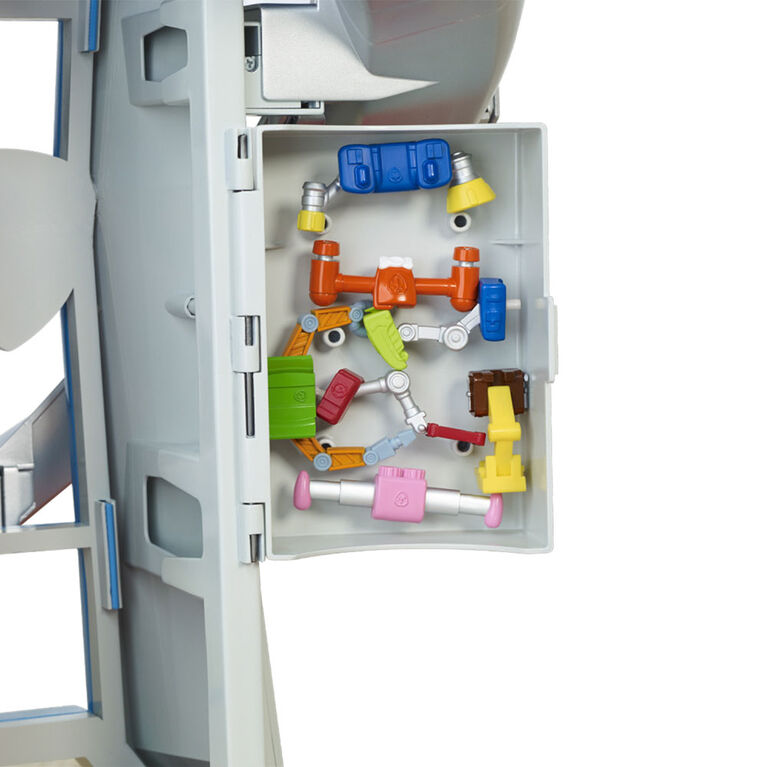 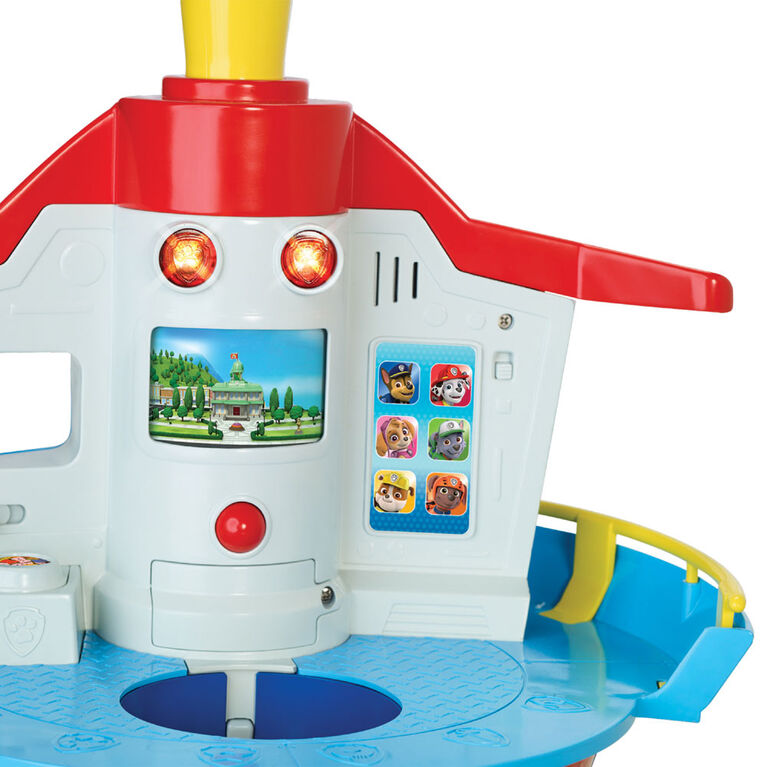 Pinch to zoom
Big rescues call for an even bigger tower. Help the Paw Patrol keep an eye out for trouble with the My Size Lookout Tower. Standing at an impressive two and a half feet tall, this tower is the perfect vantage point for your child to observe the action of the city. Using the rotating periscope at the top of the tower, they can do a visual sweep of Adventure Bay. When something is spotted, use the buttons on the tower to activate lights and authentic sounds from the show. Push the icons on the interactive pup pad and hear each pup weigh in with their signature phrase. When it's time to leap into action, Chase is on the case! Send him speeding down the tower's slide. The unique flip feature on the slide's end shoots him up into the air, then straight into his cruiser vehicle - available exclusively with this set. Once Chase is in his truck, use the rotating vehicle launcher at the tower's base to aim and shoot him straight into the action. Should you need backup, Marshall is ready for a ruff, ruff, rescue! Send him from top to bottom in seconds with the working elevator. Once you snap on his pup pack, which he stashes in the backpack storage area, he'll be ready for anything. The launcher comes with space for the rest of the Paw Patrol and their basic vehicles (sold separately). Assemble them all and venture out on even more exciting adventures. Paw Patrol to the rescue!

Paw Patrol - My Size Lookout Tower with Exclusive Vehicle, Rotating Periscope and Lights and Sounds is rated 4.5 out of 5 by 87.
Website Price: $134.99