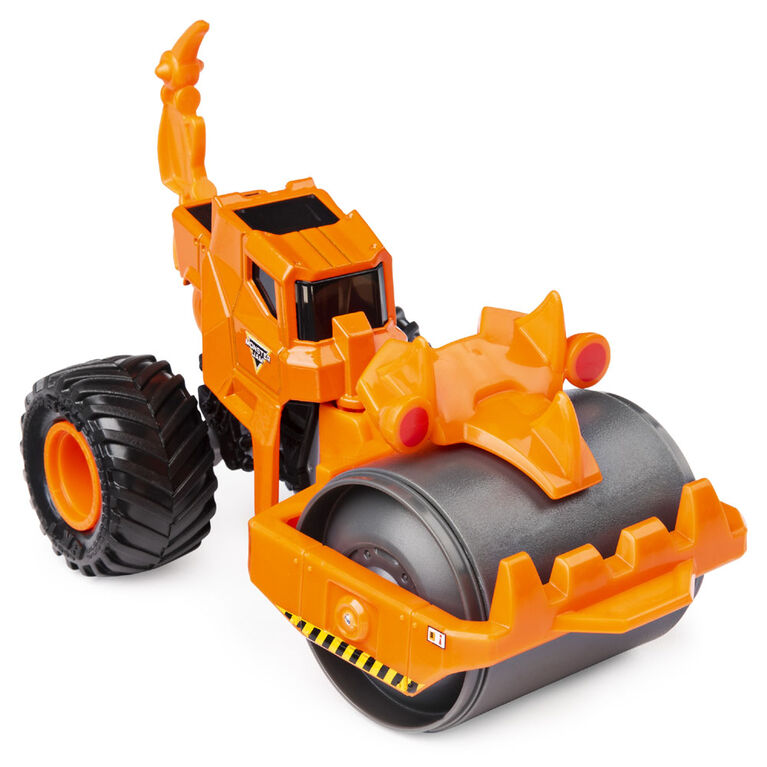 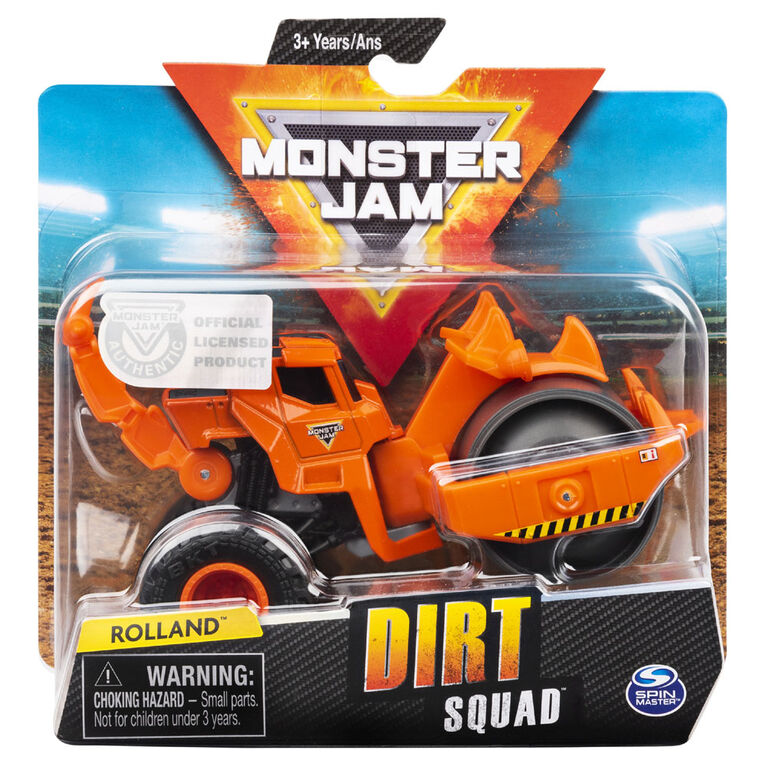 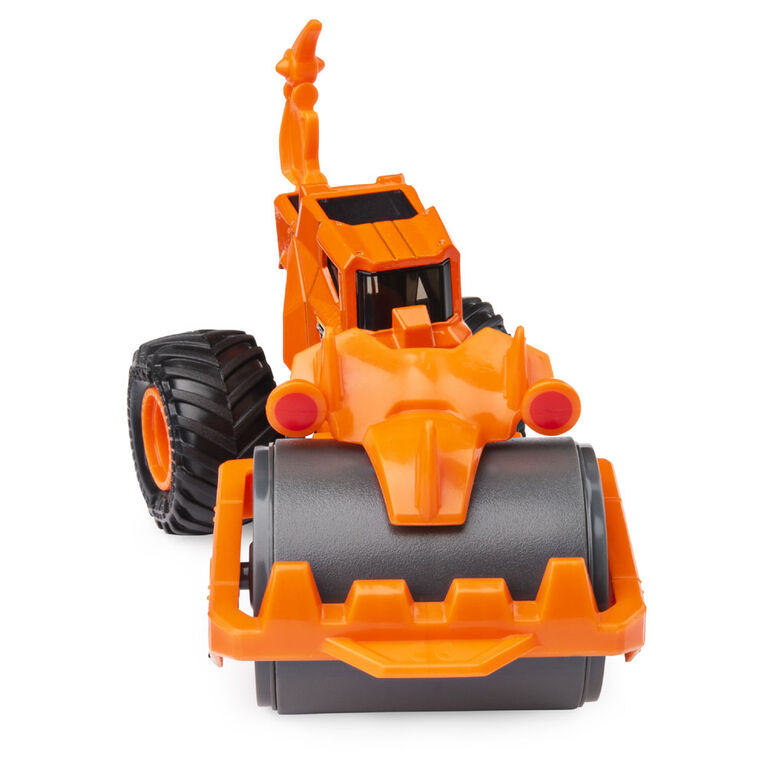 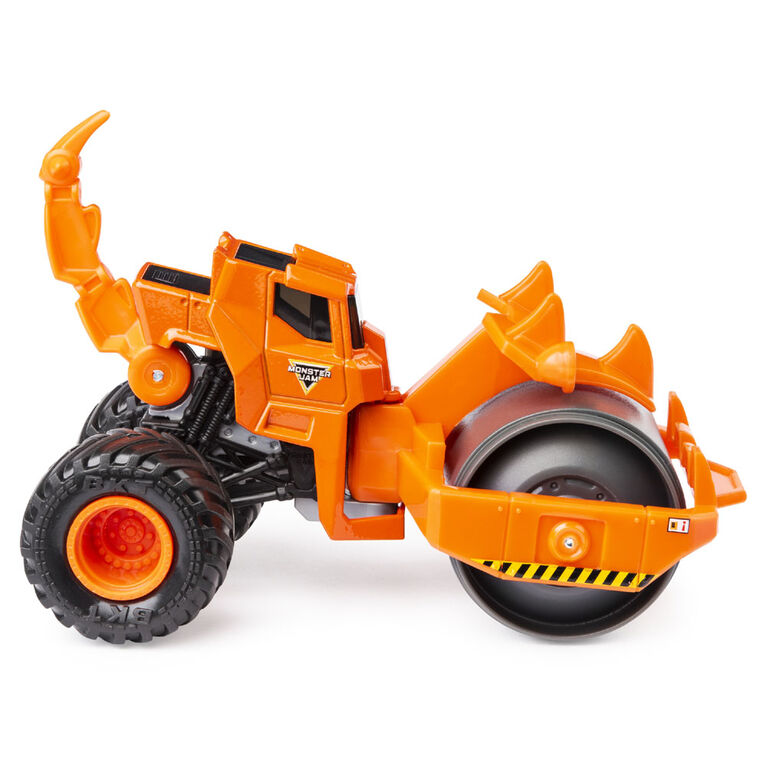 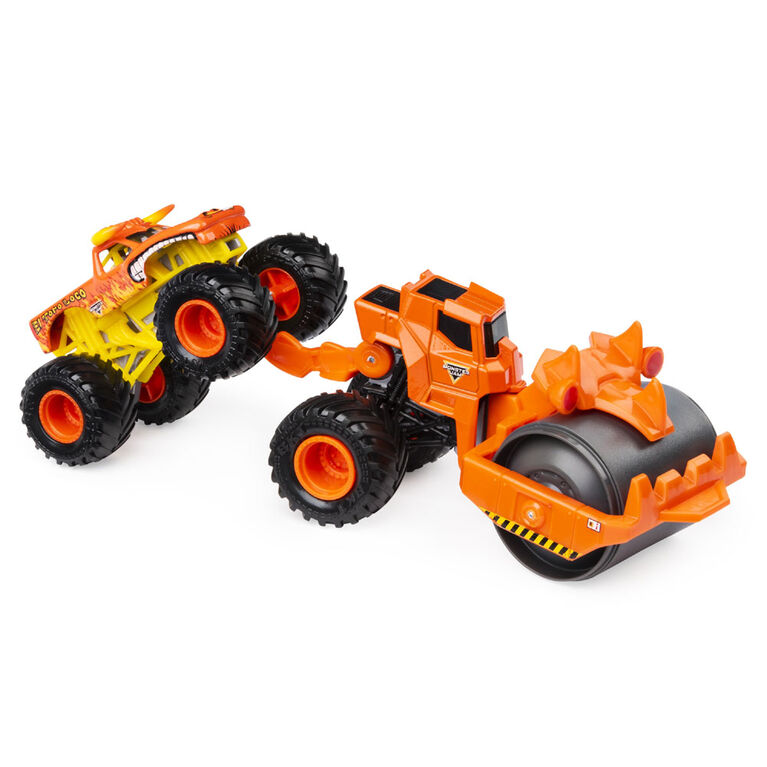 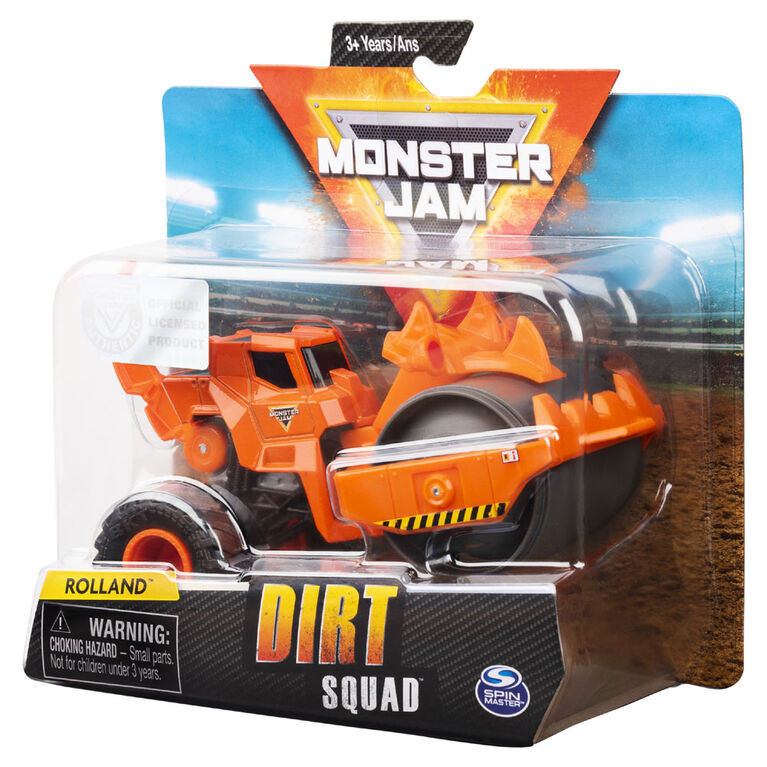 Build your own Monster Jam courses with the official 1:64 scale die-cast Dirt Squad vehicles! With characterized creature details, a tail hook and moving parts, the Dirt Squad bring the hard-working behind-the-scenes Monster Jam vehicles to life. Set up your Monster Jam course with Monster Dirt (sold separately) and with help from the Dirt Squad's steamroller, excavator and scooper vehicles, build your ramps and jumps for awesome Monster Jam action! Fill Scoops' front loader with Monster Dirt, roll it out with Rolland and dig with Digz's excavator claw. Pull off epic stunts and run your course using any 1:64 Monster Jam die-cast truck from your collection! When your trucks tumble or crash, hook the tail of a Dirt Squad vehicle onto your Monster Jam truck and tow it away, just like you've seen in the live shows! Collect all of the 1:64 scale Monster Jam Dirt Squad vehicles, including Rolland, Digz and Scoops (each sold separately) and create your own Monster Jam events right at home!