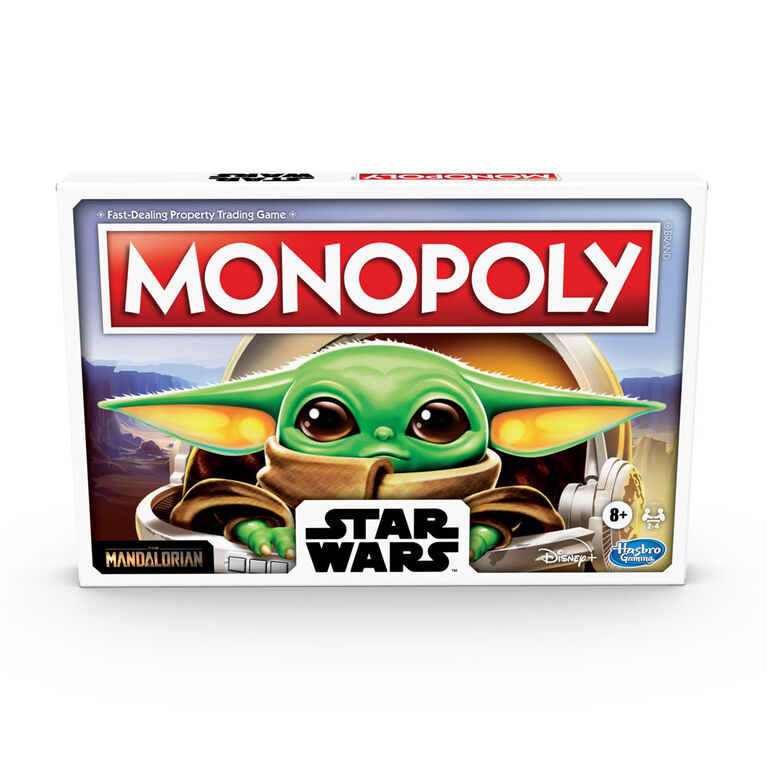 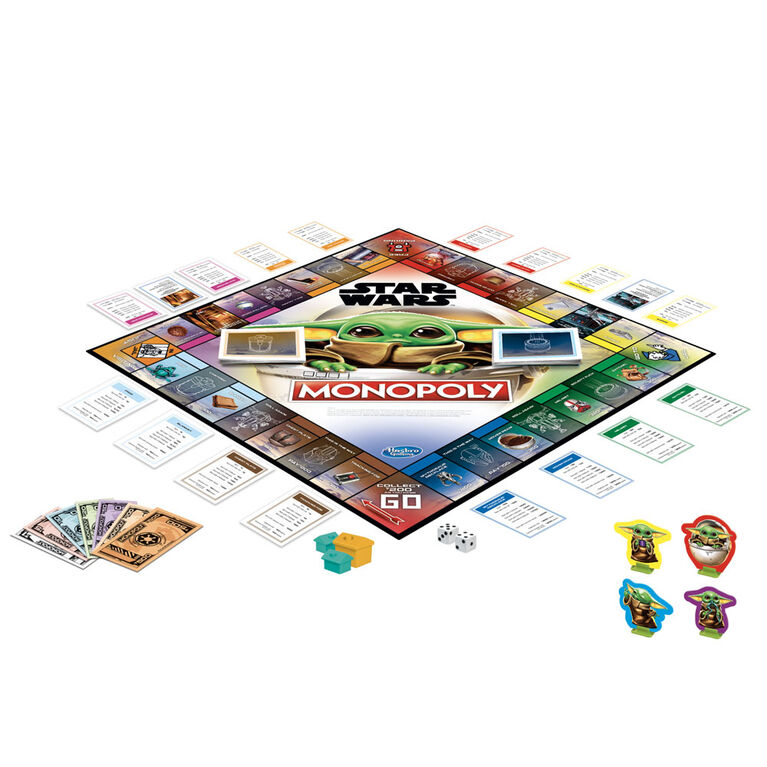 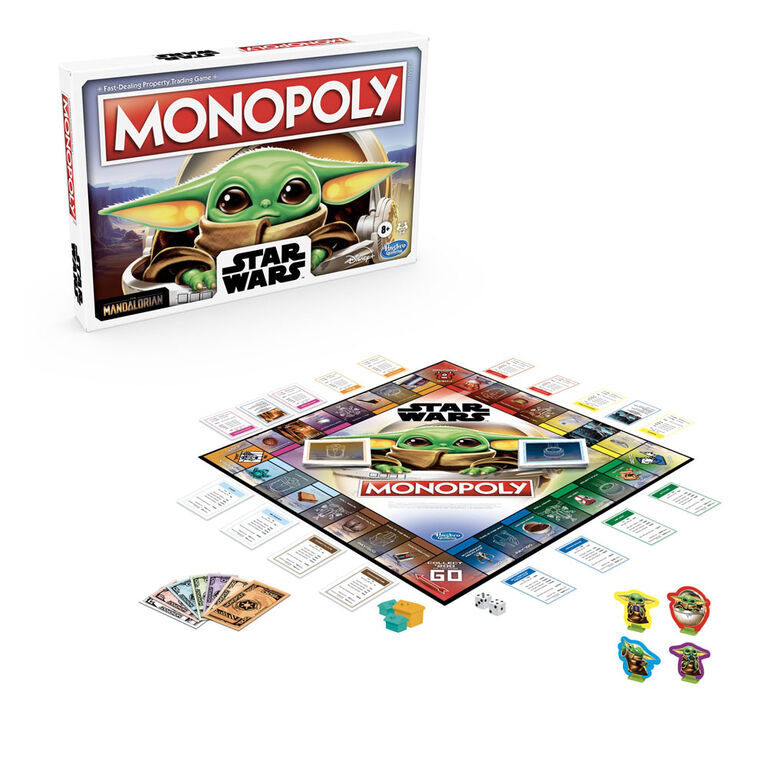 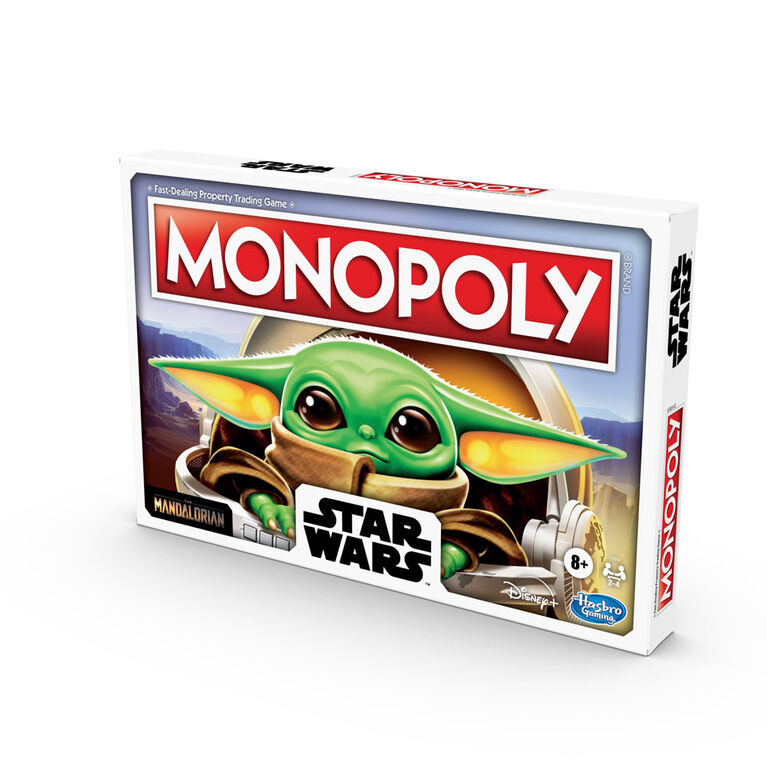 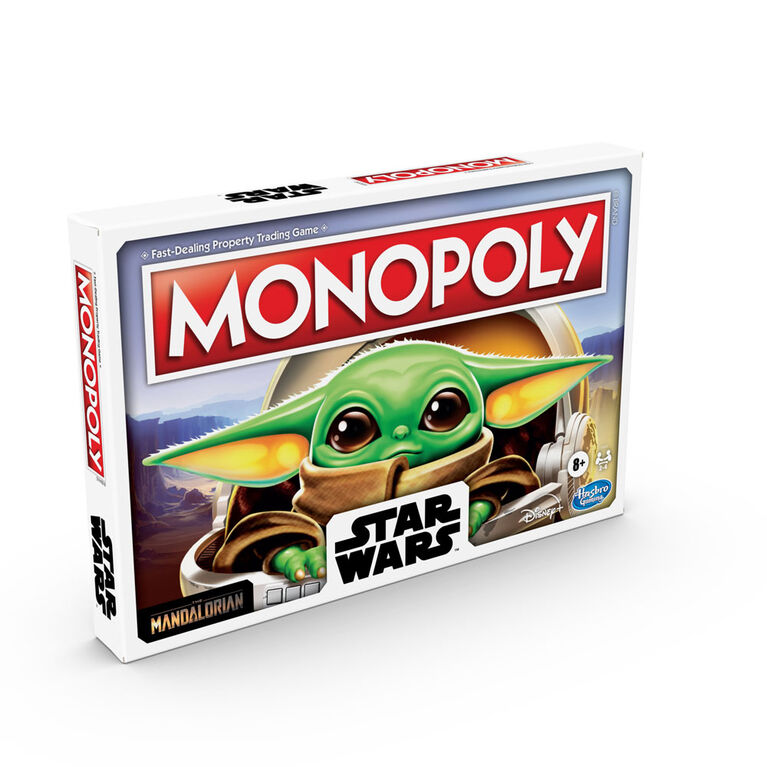 
Imagine traveling around the galaxy with The Child, or affectionately known as "Baby Yoda" by fans. This Monopoly: Star Wars The Child edition board game features themes and artwork inspired by The Mandalorian live-action TV series on Disney Plus. Move around the gameboard as The Child, buy and sell Hideouts and Common Houses, and follow the actions on the Camtono cards and Bounty Puck cards. The last player remaining after everyone else has gone bankrupt wins the game!

Star Wars products are produced by Hasbro under license from Lucasfilm Ltd.
The Hasbro, Hasbro Gaming, Parker Brothers, and Monopoly names and logos, the distinctive design of the gameboard, the four corner squares, the Mr. Monopoly name and character, as well as each of the distinctive elements of the board and playing pieces are trademarks of Hasbro for its property trading game and game equipment.

Monopoly: Star Wars The Child Edition Board Game for Families Featuring The Child, Who Fans Call "Baby Yoda" is rated 4.5 out of 5 by 21.
Website Price: $29.99