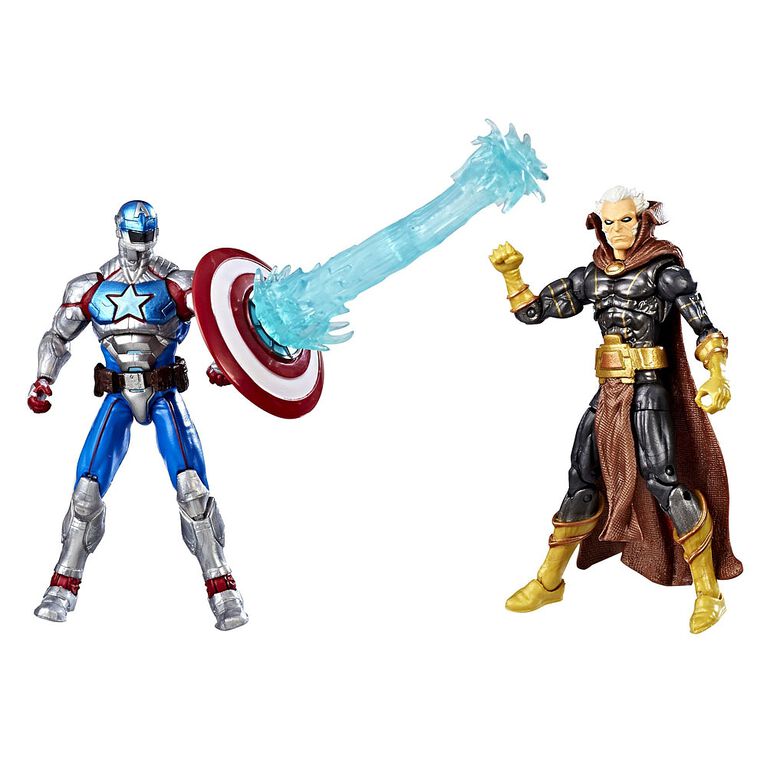 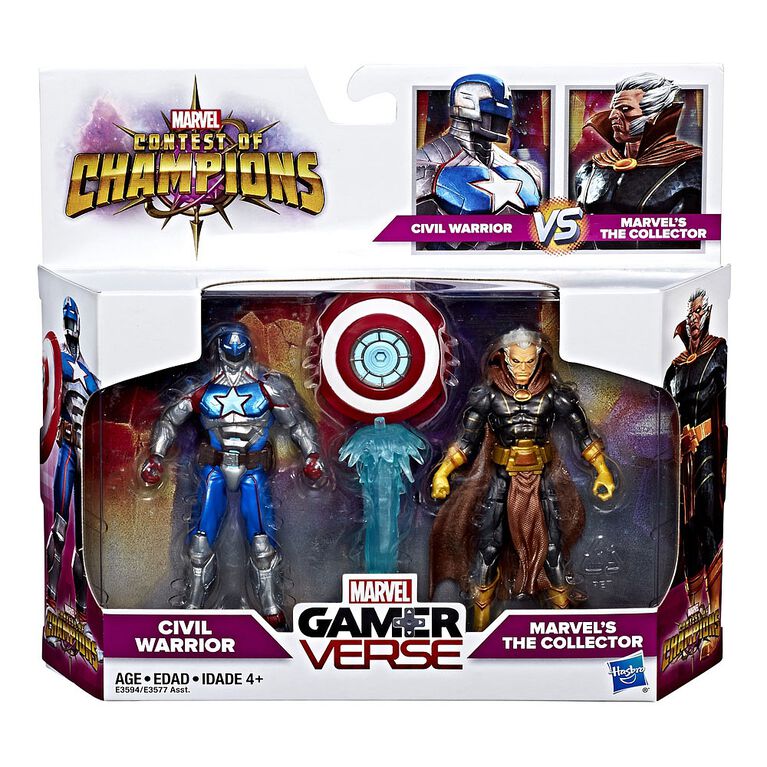 Taneleer Tiva, known as The Collector, is a member of the Elders of the Universe whose primary pursuit is collecting and (sometimes insatiable) hoarding. He tasks players, known as Summoners, with collecting heroes and villains such as Civil Warrior, the Captain America of an alternate Earth ravaged by civil war.

Imagine the action as the heroes and villains of the Marvel Universe face off with this Marvel Gamerverse Marvel: Contest of Champions 3.75 inch 2-pack of figures, including Marvel's The Collector and Civil Warrior.

Includes 2 figures and 2 accessories.
Figure scale: 3.75 inches
Ages 4 and up.