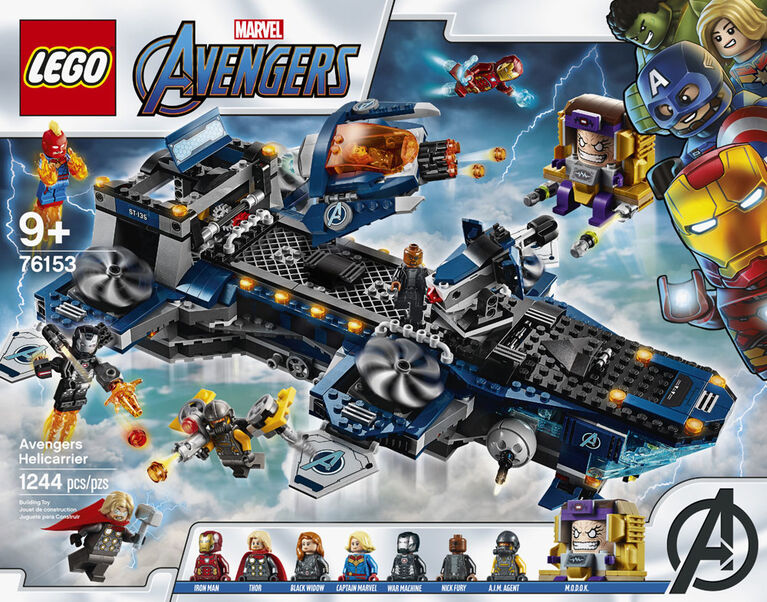 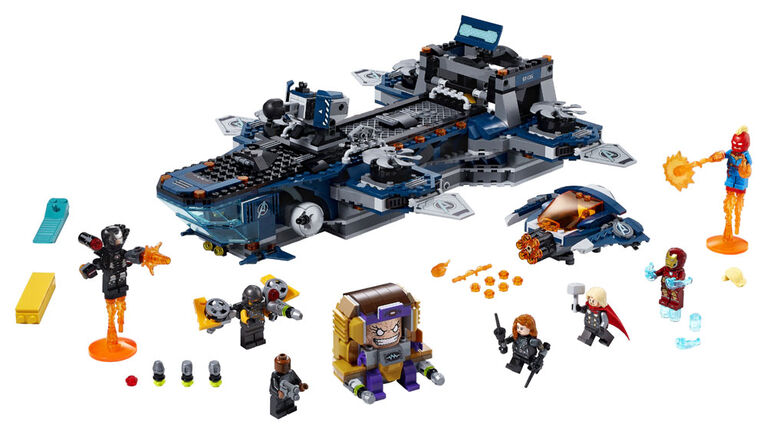 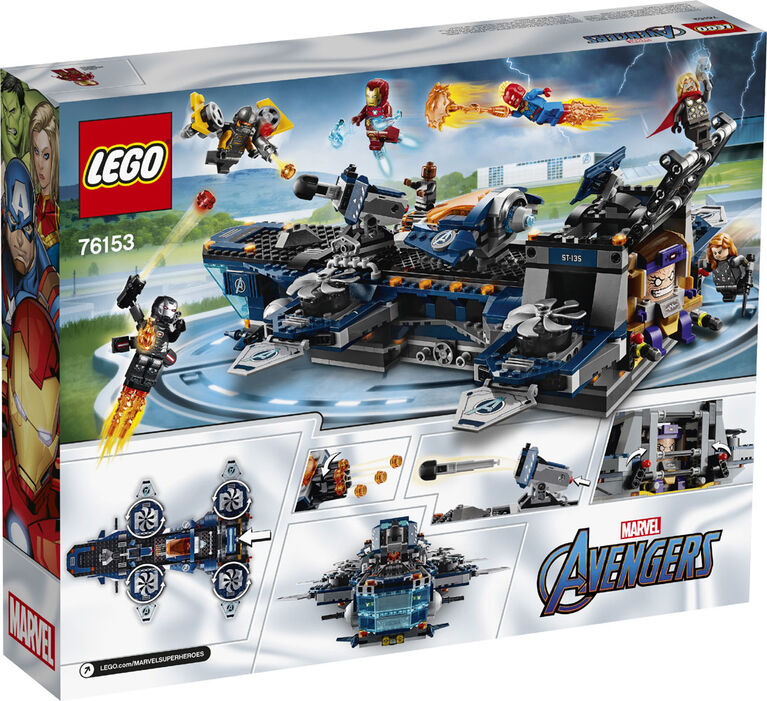 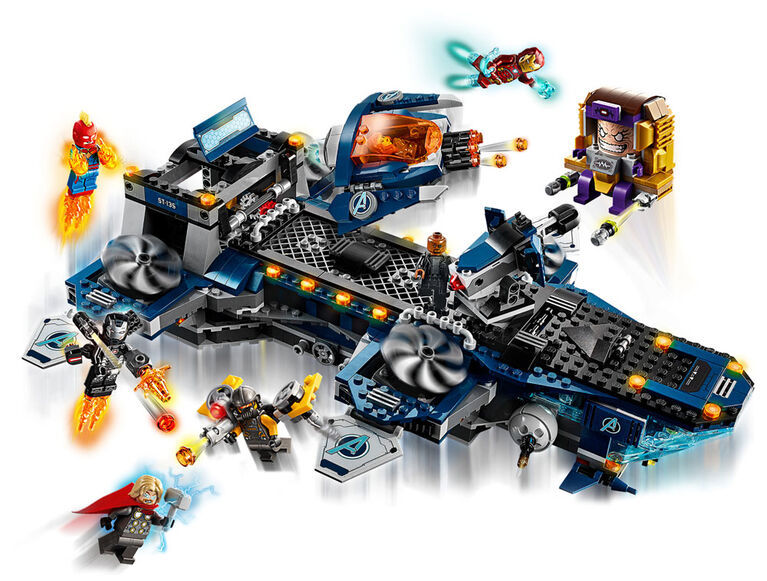 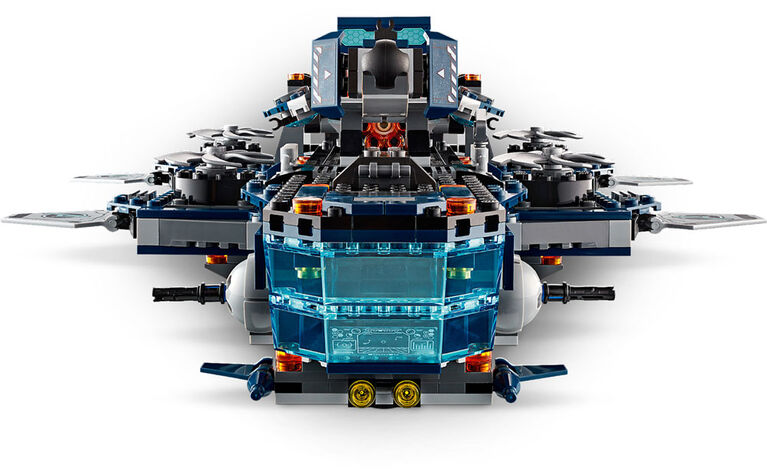 Pinch to zoom
The LEGO Marvel Avengers Helicarrier (76153) building toy takes kids aboard the awesome Avengers Helicarrier as they join Iron Man, Captain Marvel, Thor, Black Widow, War Machine and Nick Fury to battle M.O.D.O.K. - the big-brained super villain. Avengers action with superhero minifigures Fans of Marvel Avengers movies can relive favorite scenes and dream up stories of their own when they board the amazing Helicarrier. It has lots of cool accessories, so kids can equip their team of superheroes ready for action. Then it's time to prime the sphere cannons, spin the Helicarrier's rotors, put 3 minifigures into the cockpit and launch into some high-speed spins and moves using the specially designed Helicarrier base. Brick construction toys for Marvel Avengers fans LEGO Marvel Avengers brick building toys open up an infinite universe of role-play fun. With collectible vehicles, mechs, buildings, minifigures, weapons and gadgets, kids can enjoy imaginative superhero adventures that never end.