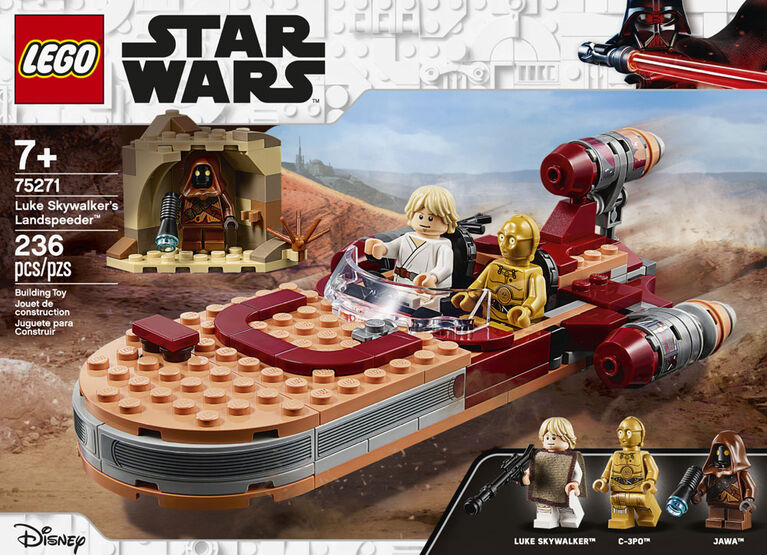 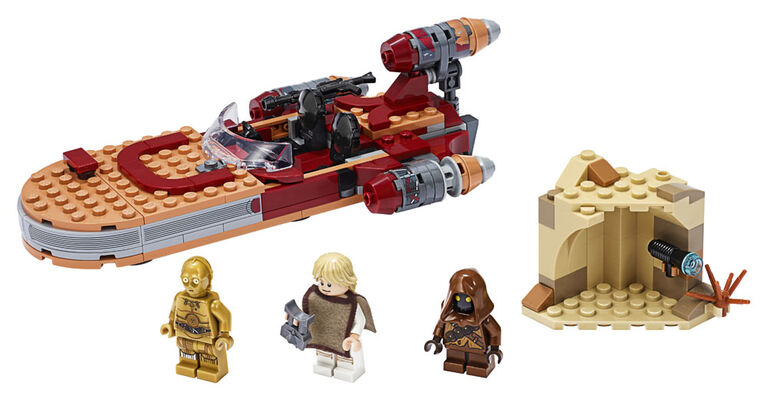 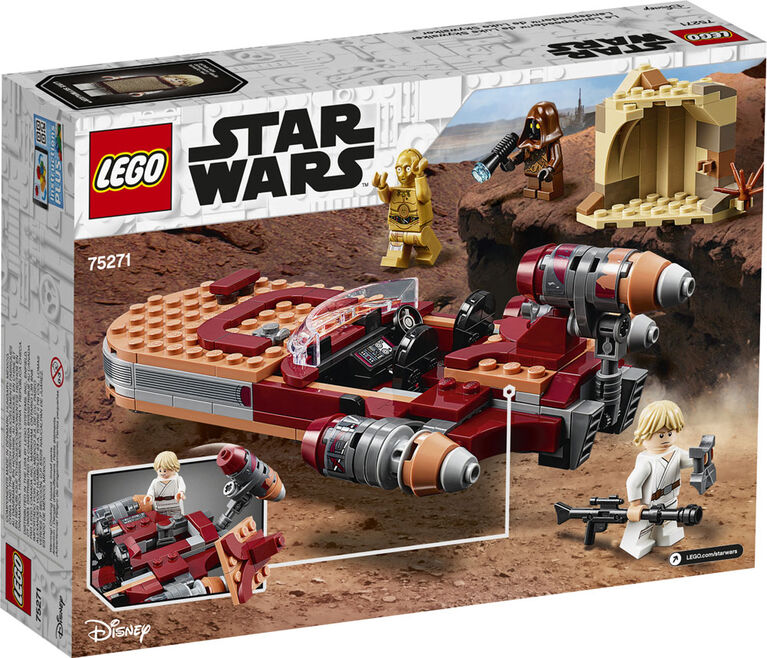 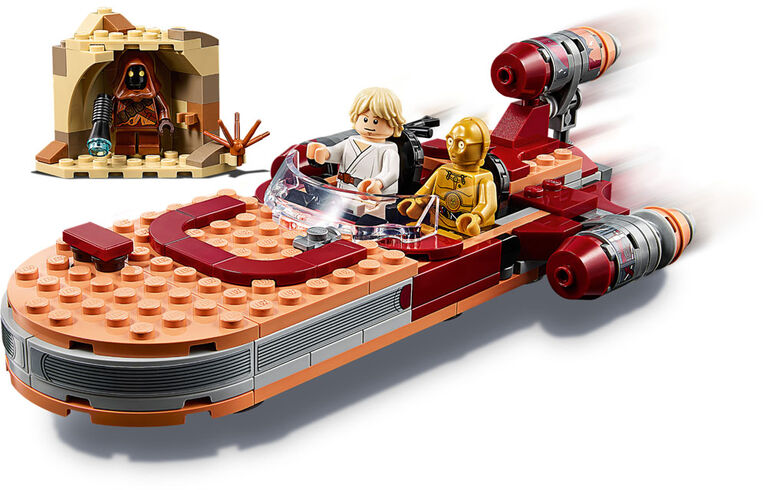 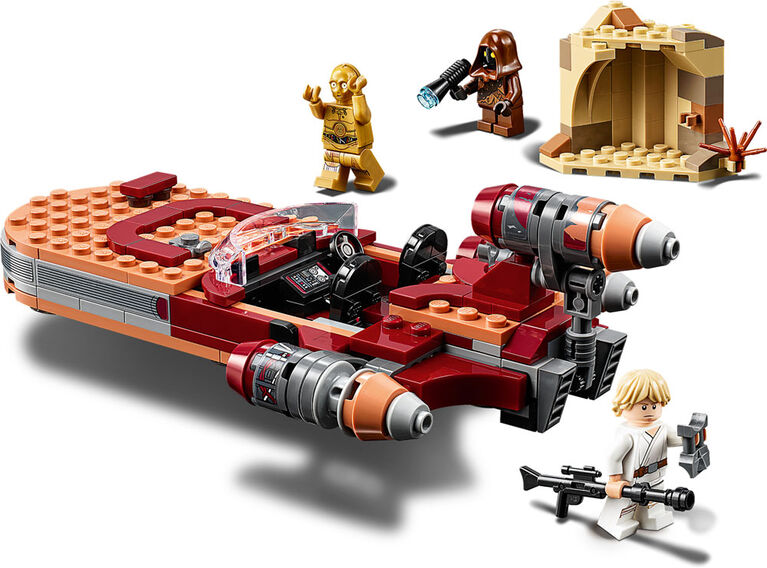 Pinch to zoom
Young Jedi will love pretending to power across the Tatooine desert with this new, collectible LEGO Star Wars Luke Skywalker's X-34 Landspeeder (75271)! More detailed than ever before, there's space for the Luke and C-3PO minifigures, an opening trunk with macrobinoculars inside, and a clip for Luke's blaster rifle to inspire creative play. And kids can reimagine Star Wars: A New Hope action with the buildable cave hideout for an armed Jawa minifigure. Another dimension! Intuitive Instructions PLUS are available within the free LEGO Life app for this popular Star Wars building toy for kids - even younger children can easily zoom in on, rotate and view the construction model as they build the real-life version. Awesome! Galaxy of fun! Since 1999, the LEGO Group has been recreating iconic starships, vehicles, locations and characters from the legendary Star Wars universe. LEGO Star Wars building toys are very popular with great gift ideas for fans of all ages and tastes.