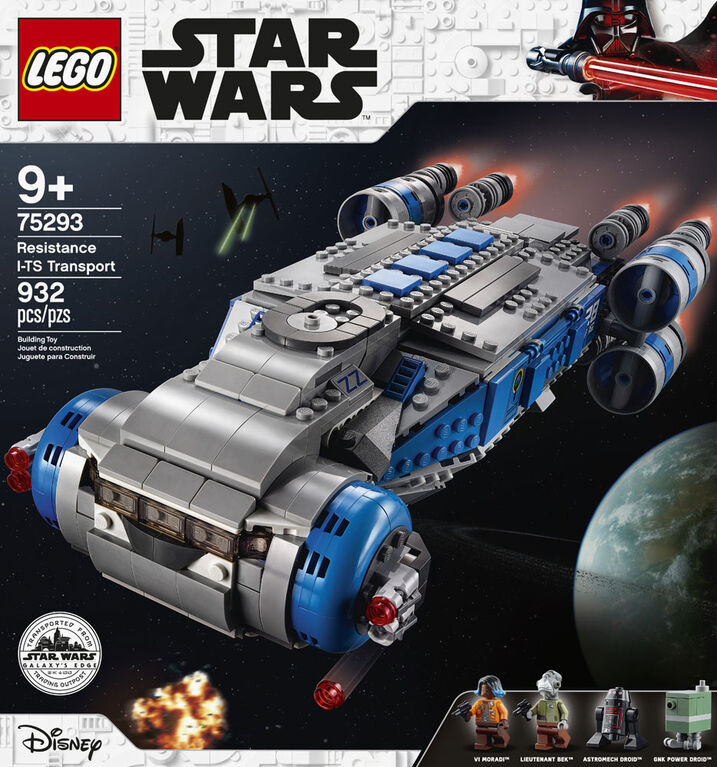 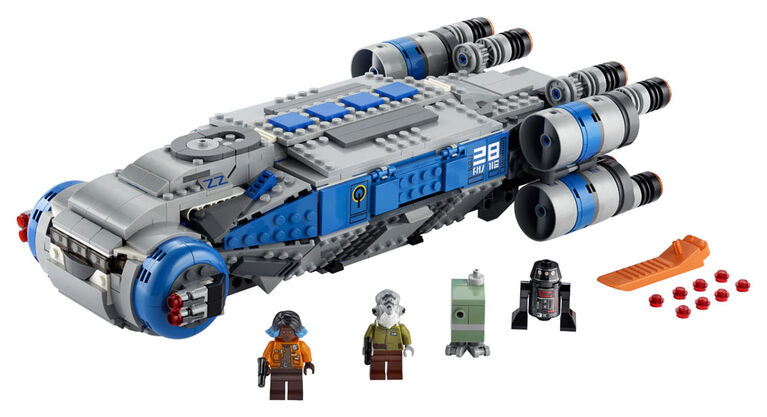 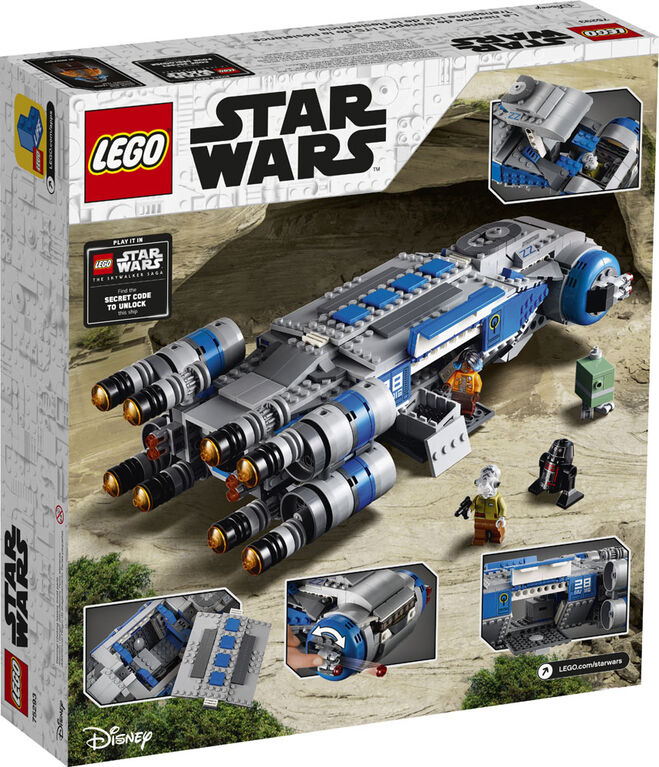 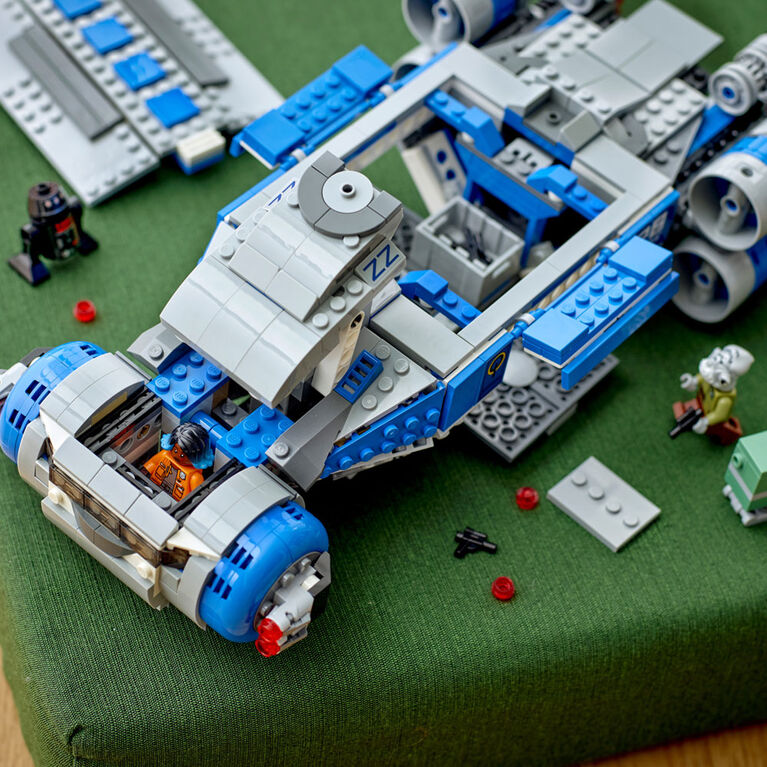 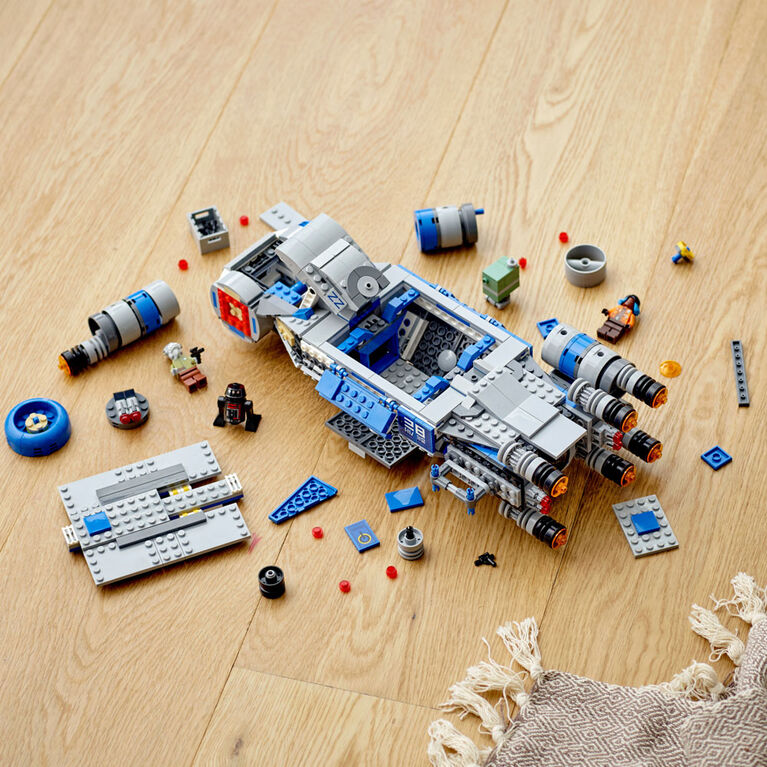 Pinch to zoom
R Exclusive, only available at Toys R Us Canada. Young Resistance fighters can play out heroic missions with this LEGO brick-built model of the Resistance I-TS Transport (75293) from Star Wars: Galaxy's Edge - a new land at Walt Disney World Resort and the Disneyland Resort. The top of the shuttle lifts off and the sides open for easy play, and there are 4 rotating stud shooters by the cockpit and 4 rear stud shooters for battle action. Unlimited creative play Great for solo building and play or sharing the fun with friends, the set includes 4 Star Wars characters: Lieutenant Bek and Vi Moradi, plus Astromech Droid and GNK Power Droid LEGO figures. This construction toy also makes an awesome display piece and it combines with other LEGO Star Wars sets for even more creative fun. Top gift ideas The LEGO Group has been recreating iconic starships, vehicles, locations and characters from the legendary Star Wars universe since 1999. LEGO Star Wars is now its most successful theme with top gift ideas for kids and adults.