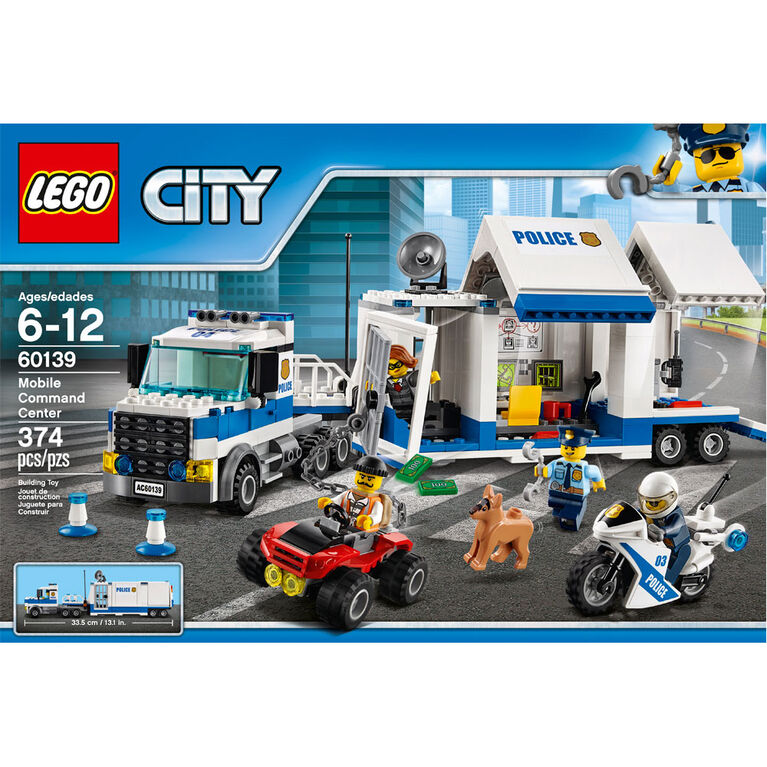 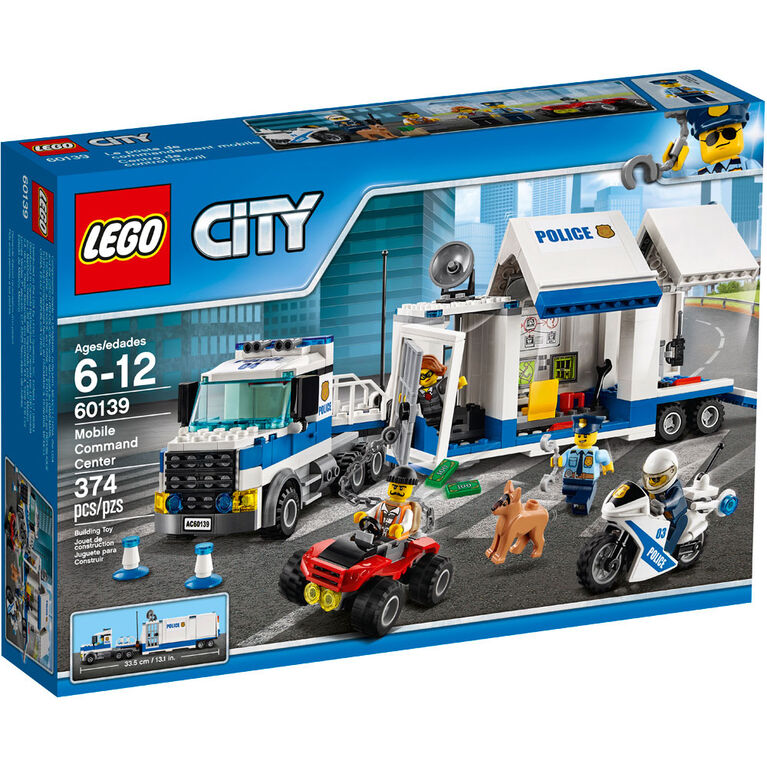 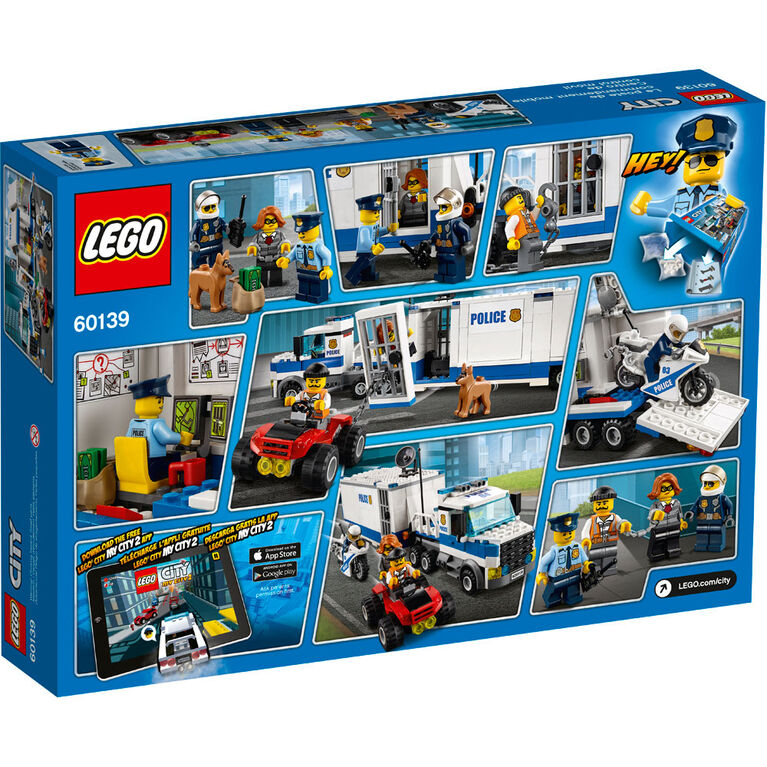 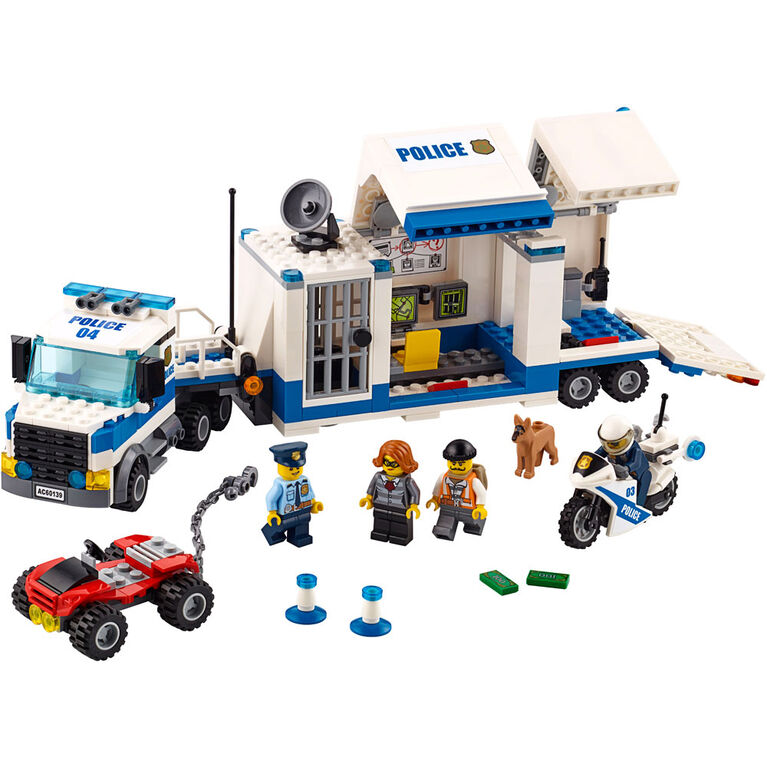 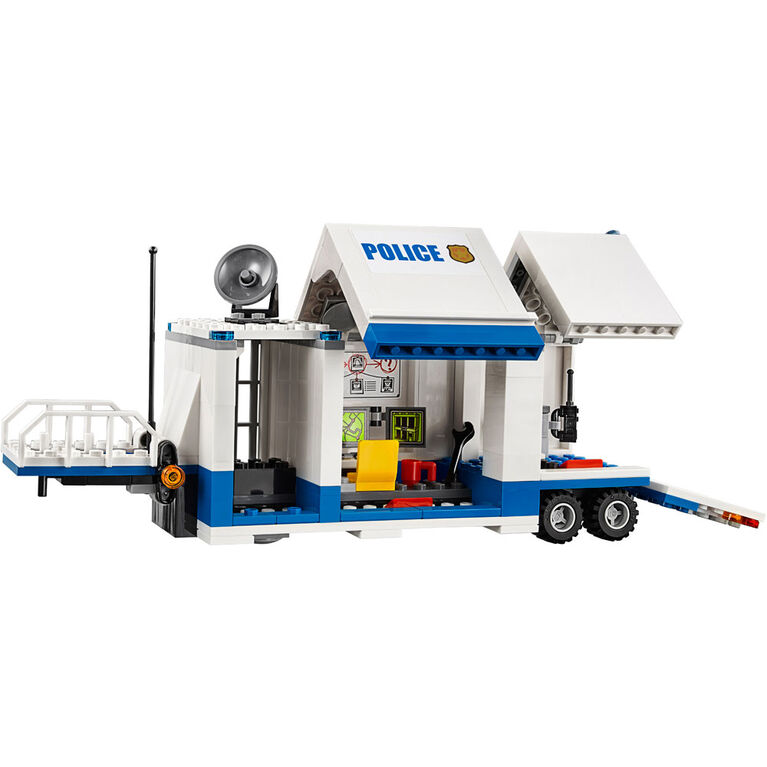 Pinch to zoom
Stop the crooks before they escape from the mobile jail!

Catch the crook breaking out of the Mobile Command Center, featuring a detachable cab, loaded trailer, police motorbike and an ATV, plus four minifigures and a police dog figure.

Stop the truck and release the police dog! The crook locked in the mobile jail is trying to escape, with the help of a partner. Attach the hook and chain to the jail door bars and hit the gas on the ATV to break out the door. Lower the back ramp on the Mobile Command Center and unload the police motorbike, then race after the crooks and bring them back to jail!

Be part of the action with the LEGO® City police as they stop the crook’s escape from the jail cell in the Mobile Command Center, featuring a detachable truck cab, room for two minifigures, monitoring room with screens, satellite dish, opening roof, side doors and rear ramp, storage area for the motorbike and tools and a jail cell breakout feature, plus the crooks’ ATV. Includes four minifigures and a police dog figure.