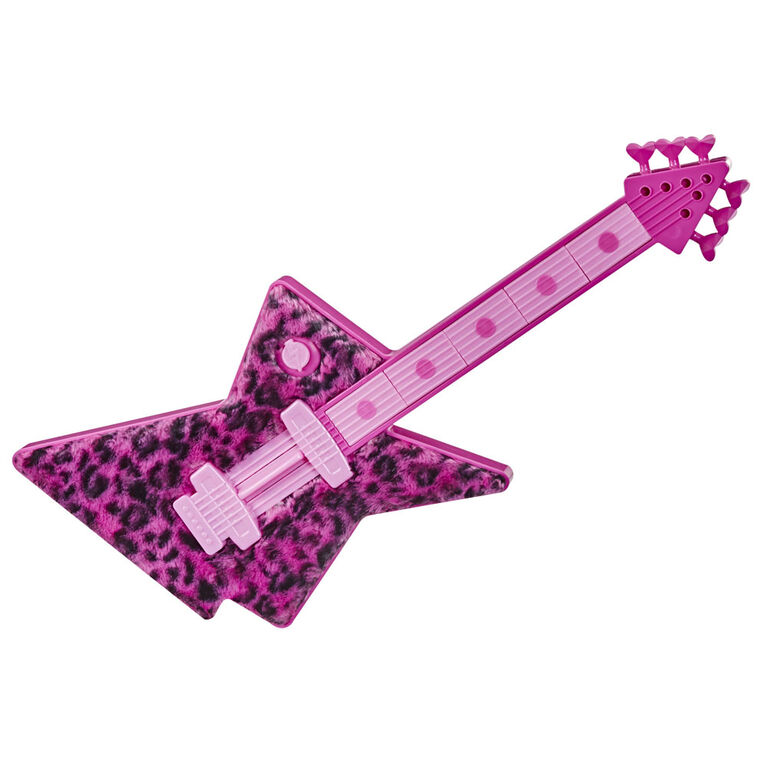 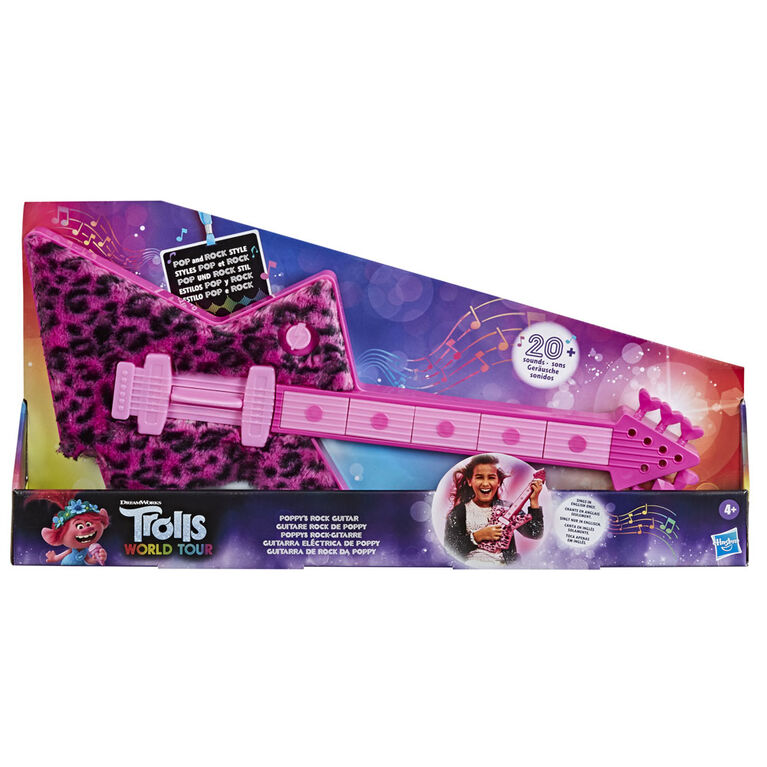 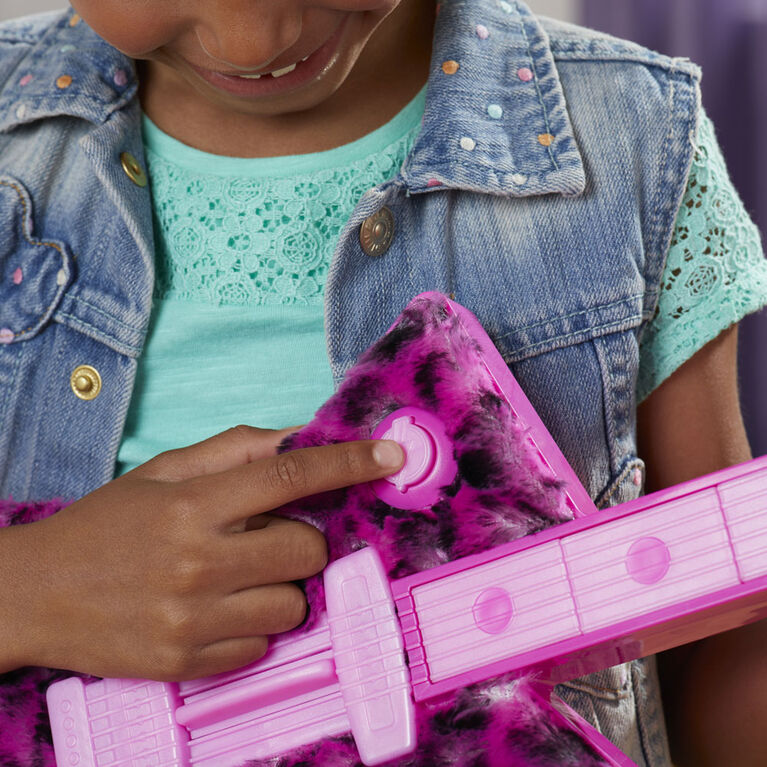 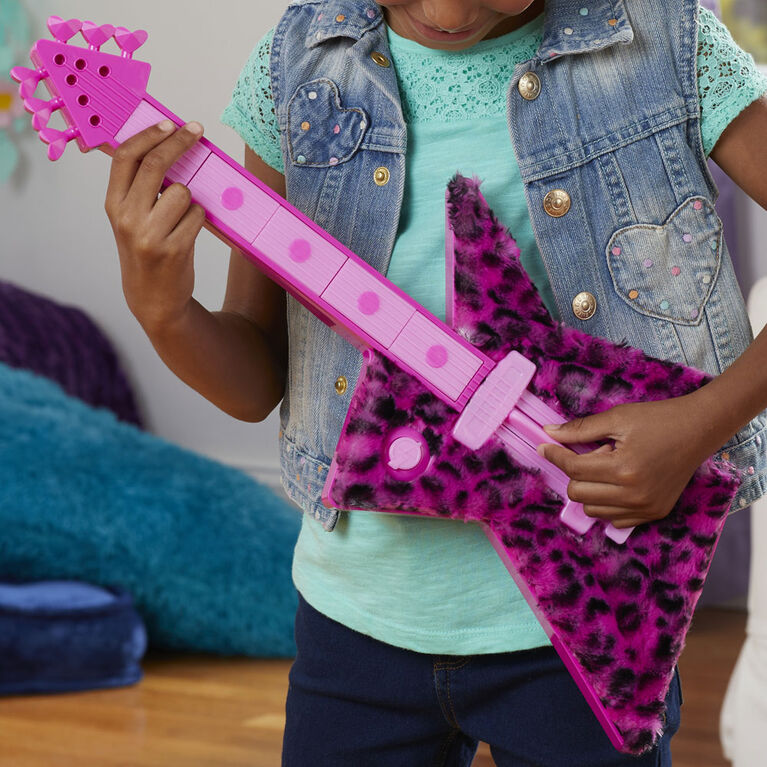 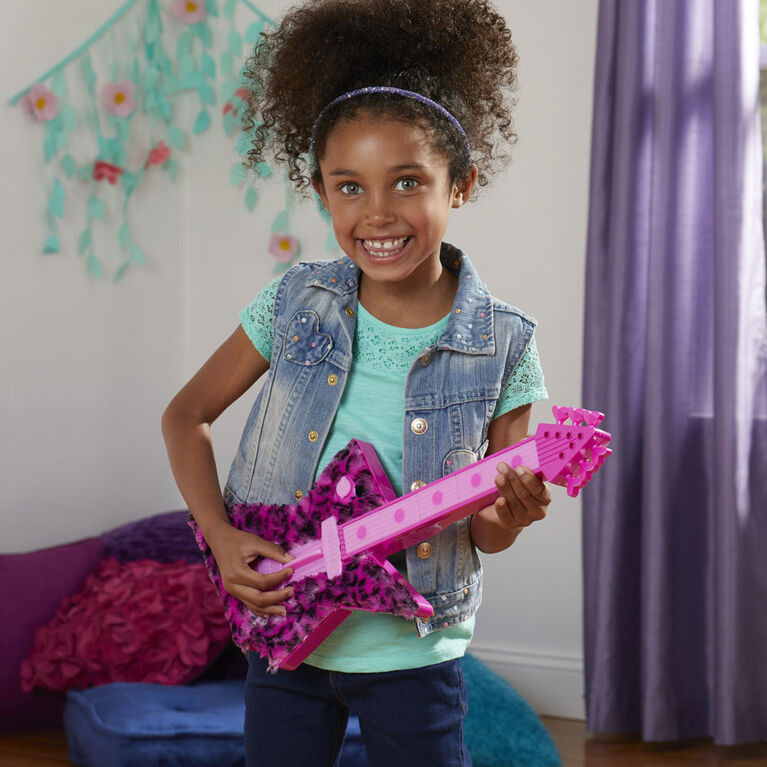 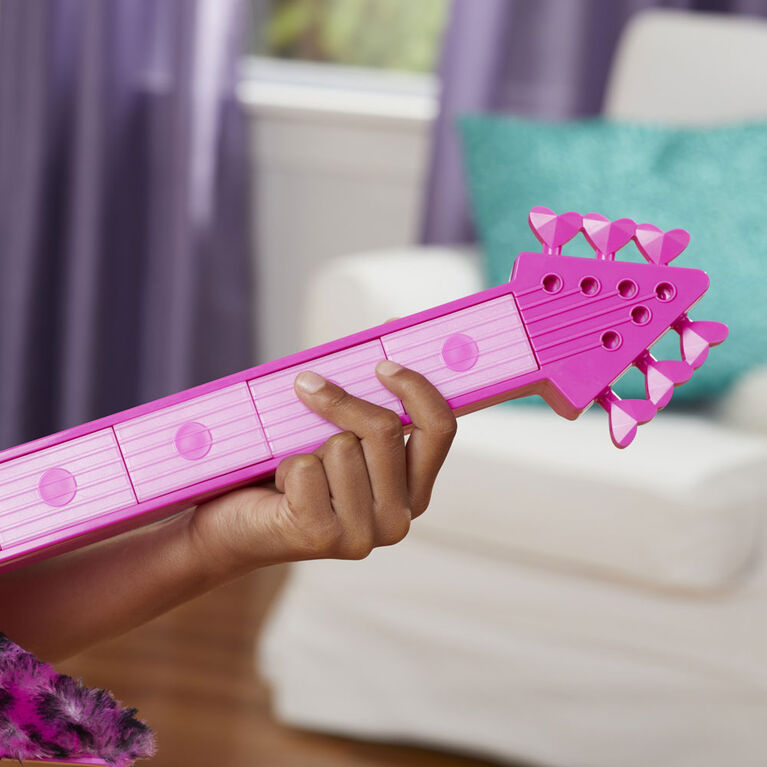 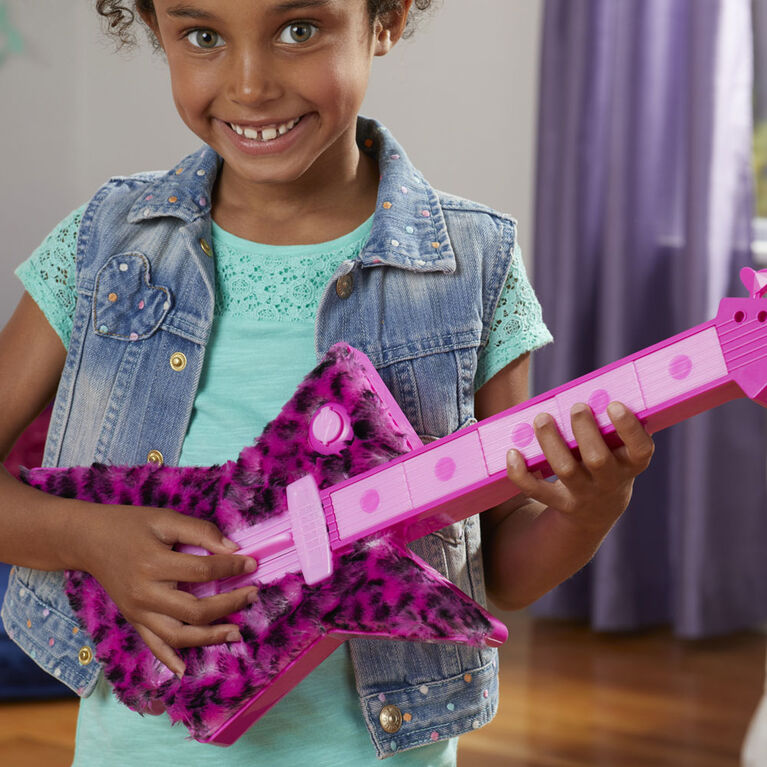 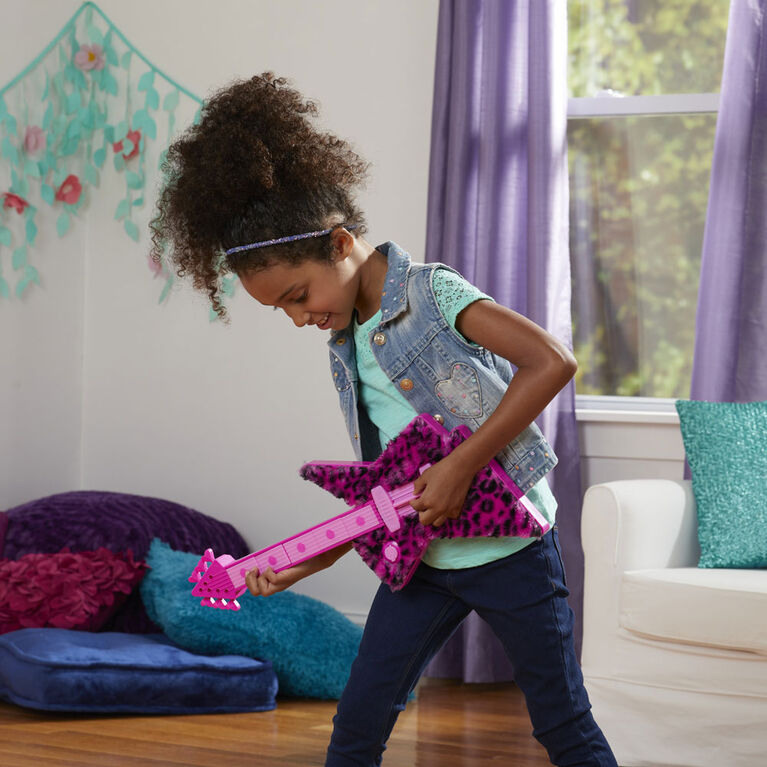 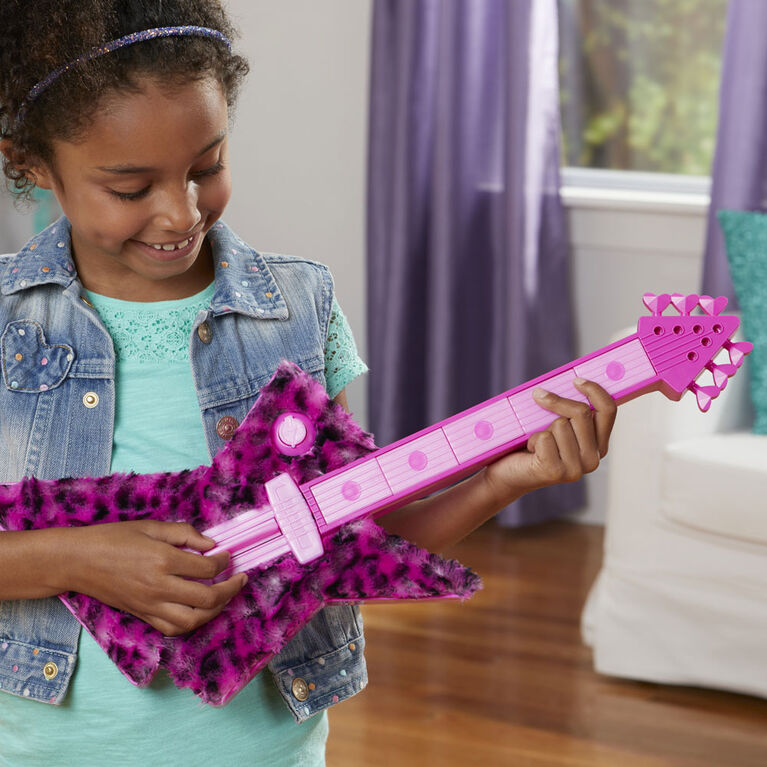 Play a fun pop song like DreamWorks Poppy, then rock out! Poppy's Rock Guitar is covered in wild pink plush and has two different modes and two ways to play! in Pop Mode, it plays a pop version of the song Trolls Just Want to Have Fun from the movie Trolls World Tour. Move the "strum" to play the song, then hit the button to add fun riffs. Then get ready to rock out! Hit the button and this musical toy switches to rock mode and plays a supercharged version of the same song. Kids can pretend they're rockin' out like the characters in the movie with this fun musical toy.

Age 4 and up.
Sings in English only.
1x 1.5V AA Alkaline Battery required. Replace demo battery with alkaline battery. Use a Phillips/cross head screwdriver (not included).