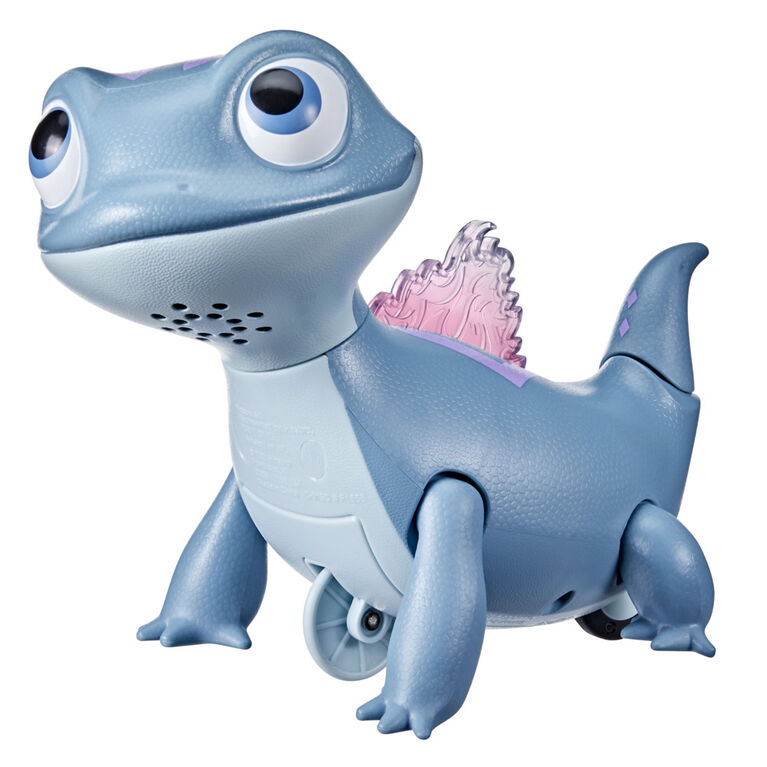 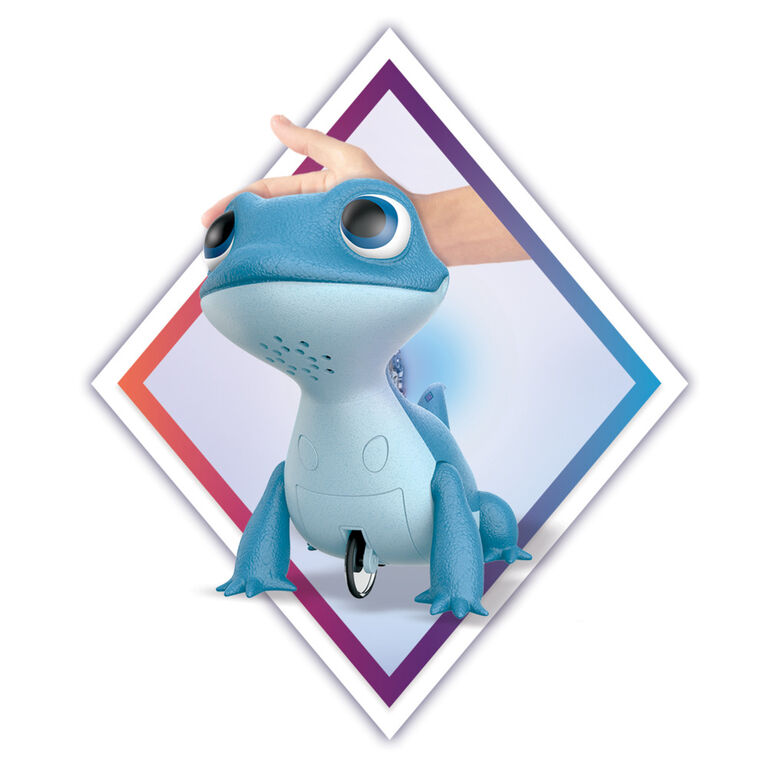 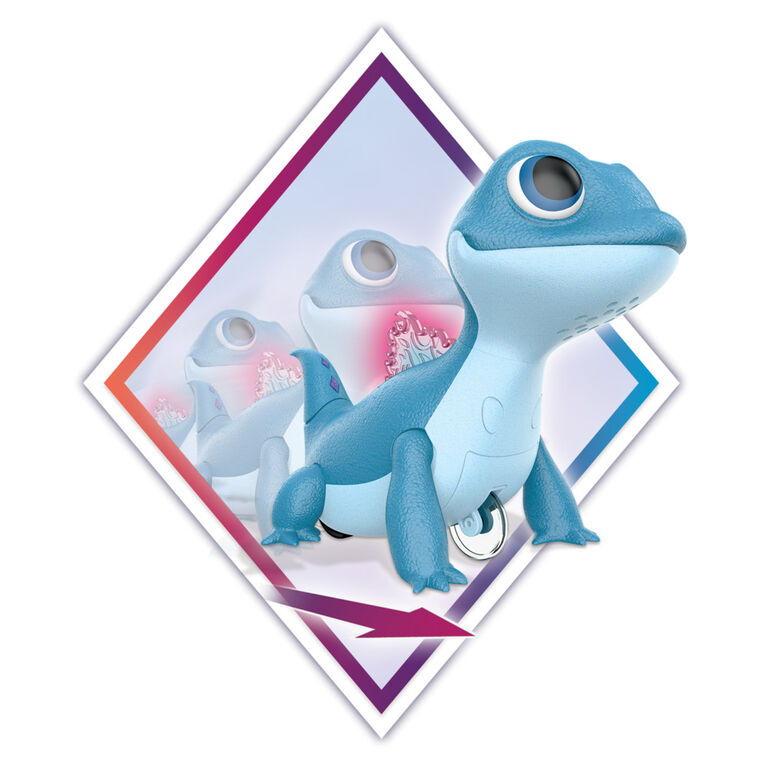 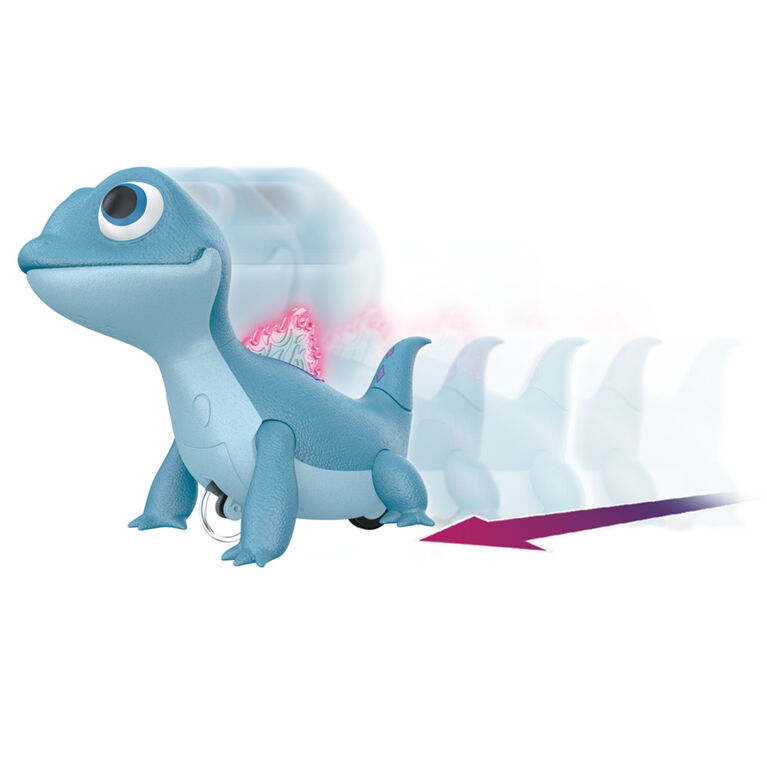 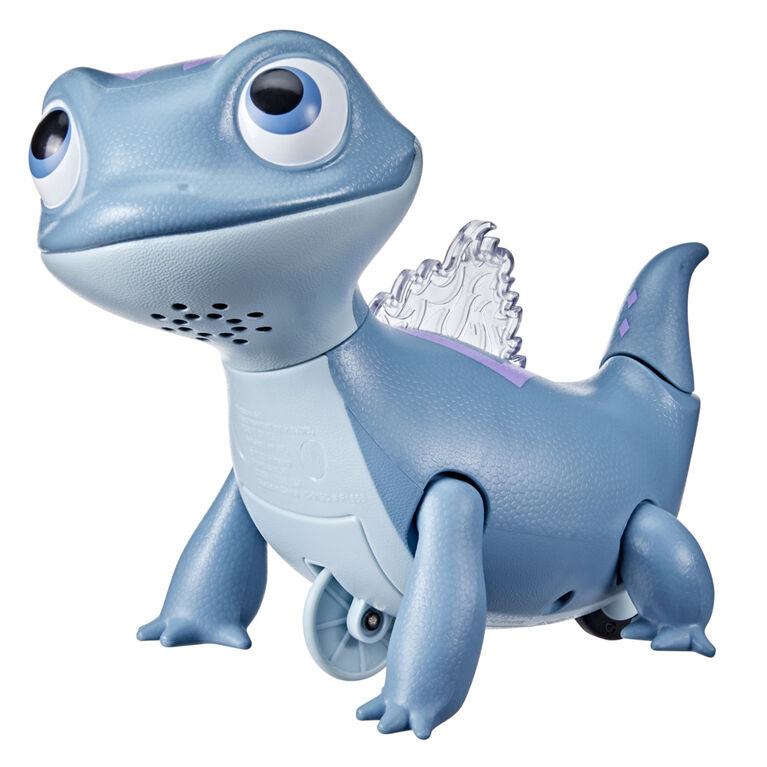 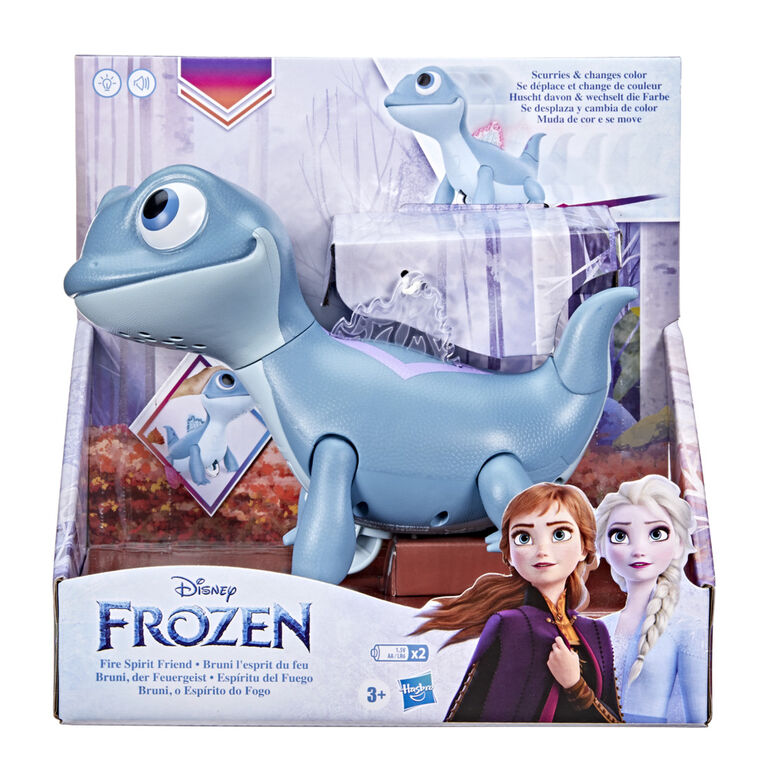 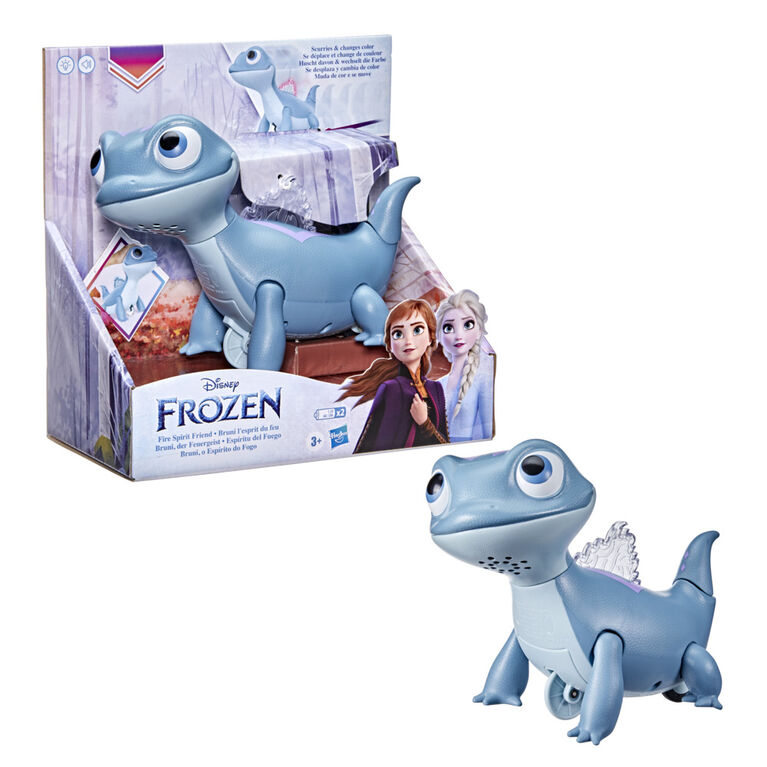 
In Disney's Frozen 2, this curious and cute salamander inhabits the Enchanted Forest. Though shy at first, Bruni can't help but be drawn to Elsa's icy magic and becomes her beloved sidekick.

Kids can imagine being Elsa and play out their own adventures with this Disney Frozen 2 salamander interactive toy. When the toy senses motion, his light becomes fiery red, and he makes sounds. Kids can calm their Bruni toy by gently petting him. They'll be captivated as his lights turn to a cool blue. Kids who love Bruni the Salamander from the Frozen 2 movie will enjoy adding this Frozen toy to their collection. Look for other Frozen toys, including an Elsa doll and Anna doll, to keep the Disney Frozen 2 adventures going! (Each sold separately. Subject to availability.)