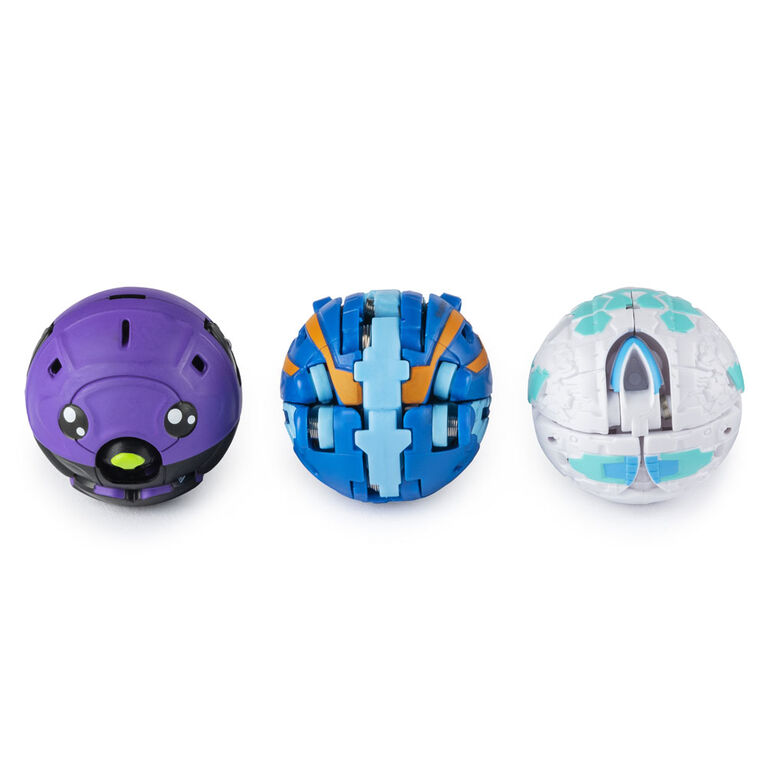 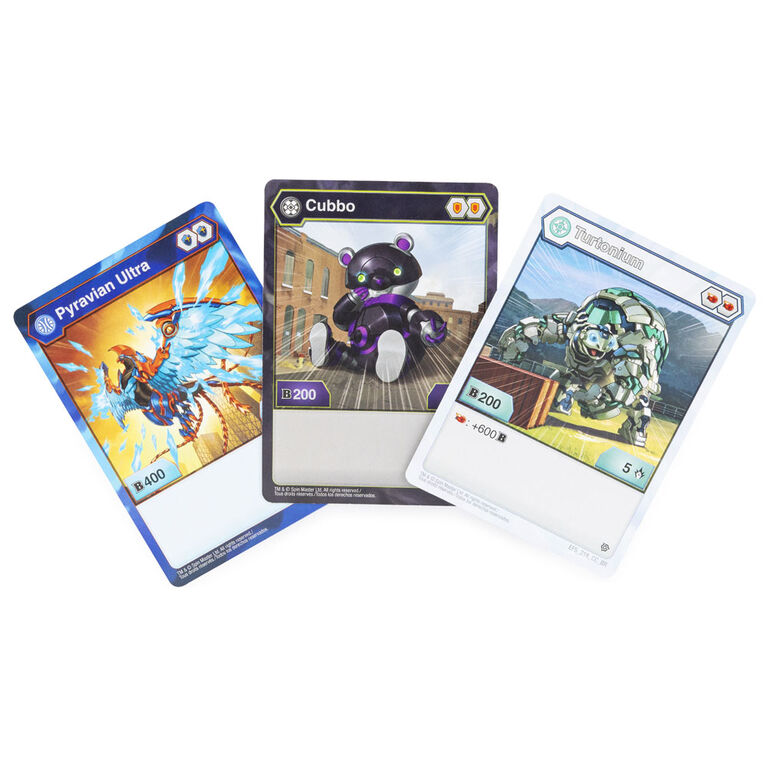 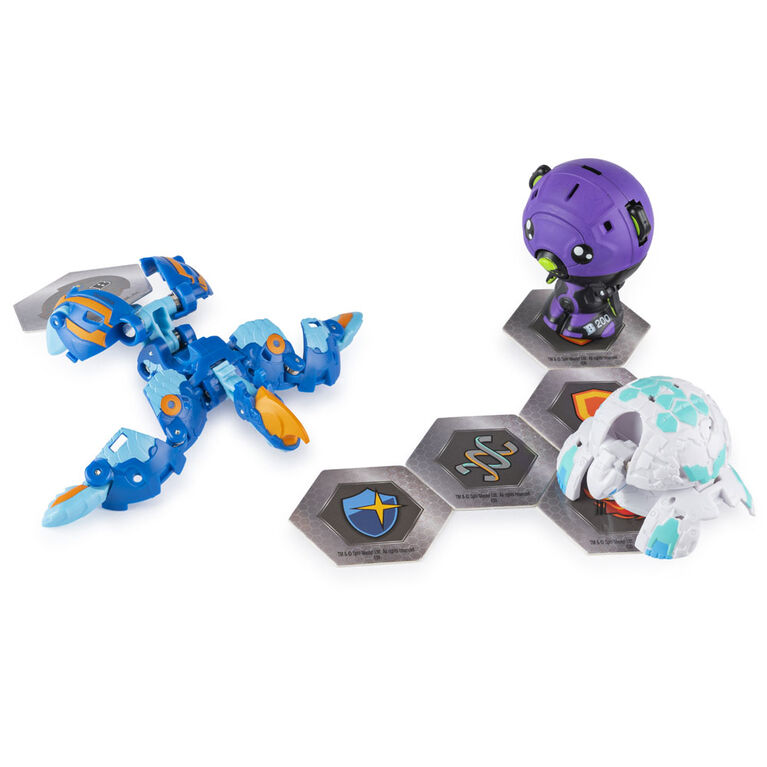 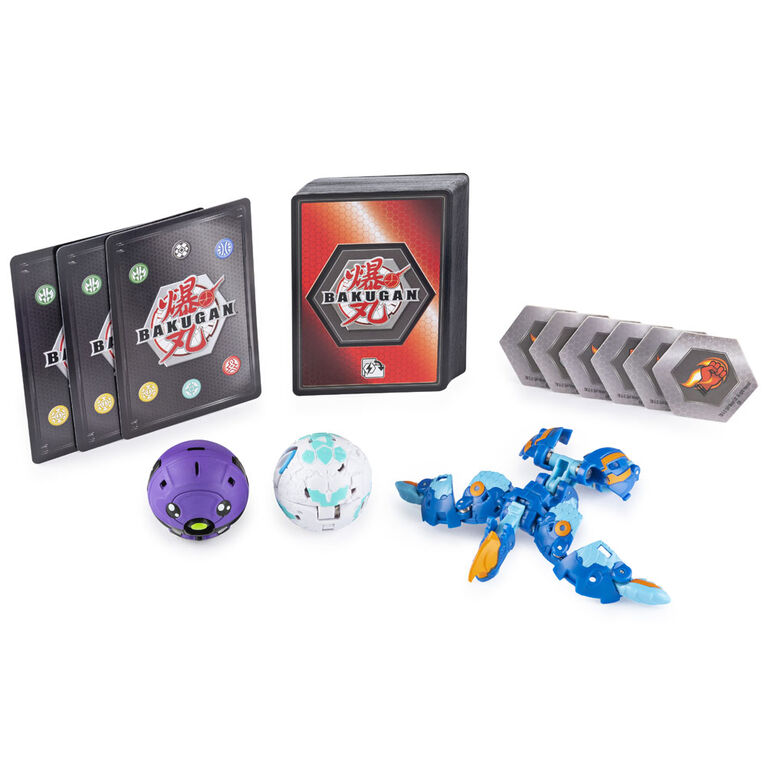 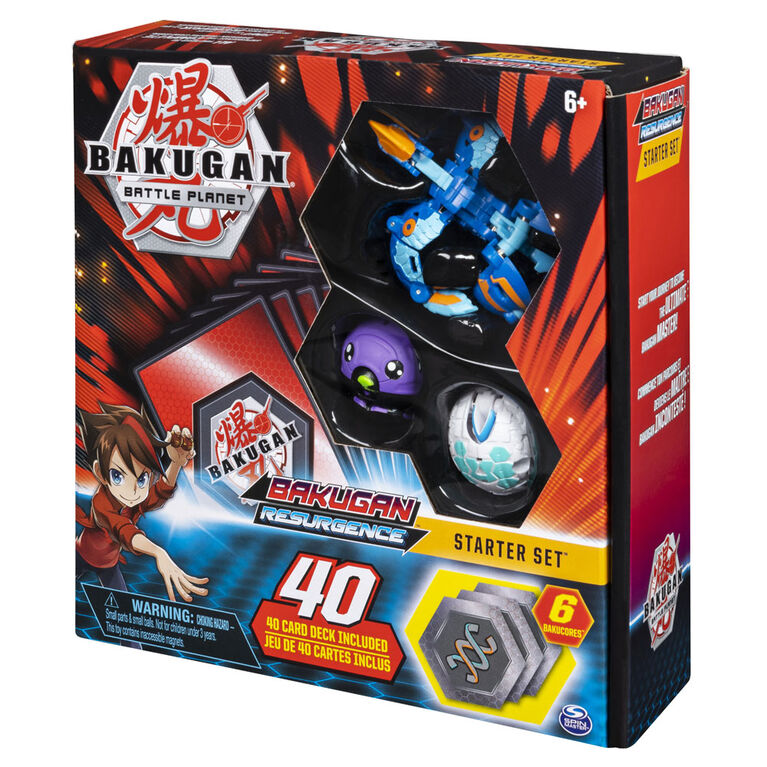 Become the ultimate Bakugan master with the Battle Brawlers Starter Set! Inside your set, you'll find 40 cards and three Bakugan - everything you need to start playing the Bakugan Trading Card Game! Unbox and roll right into action with your new ferocious Bakugan (2 Bakugan and 1 Bakugan Ultra included)! Send your Bakugan spinning and they'll POP OPEN, transforming from BakuBalls into creatures ready for battle! Roll your Bakugan Ultra for LEAP OPEN Baku-Action! With your Bakugan ready for brawling, unleash the power of your game cards! With 6 BakuCores, 40 ability cards and 3 character cards to use, you can take on the best brawlers around! The Bakugan Battle Brawlers Starter Set is an awesome way for any BakuFan to begin collecting or grow their collection. Will you become the ultimate Bakugan master? Roll into action with the Battle Brawlers Starter Set! BAKUGAN BRAWL!