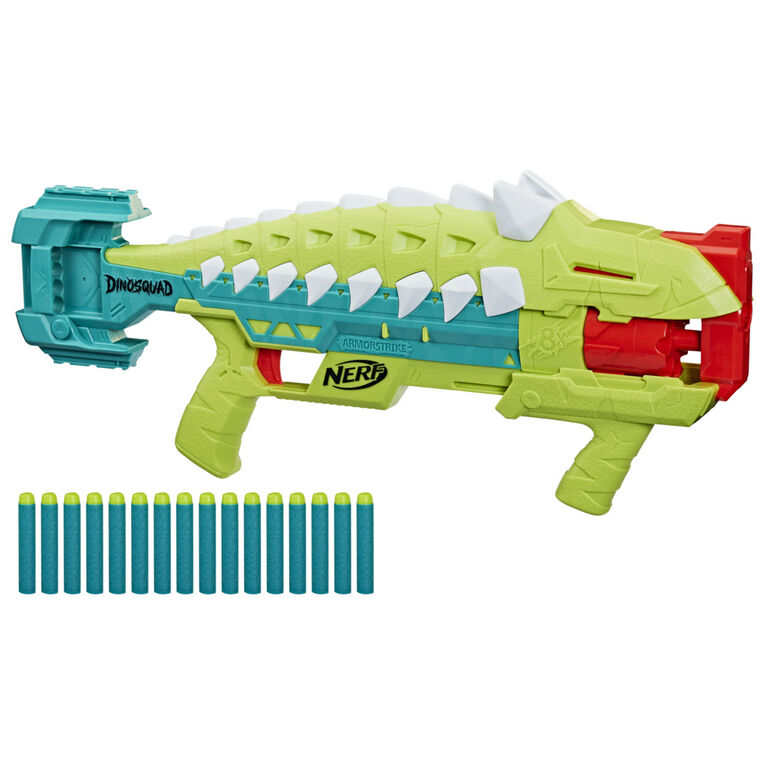 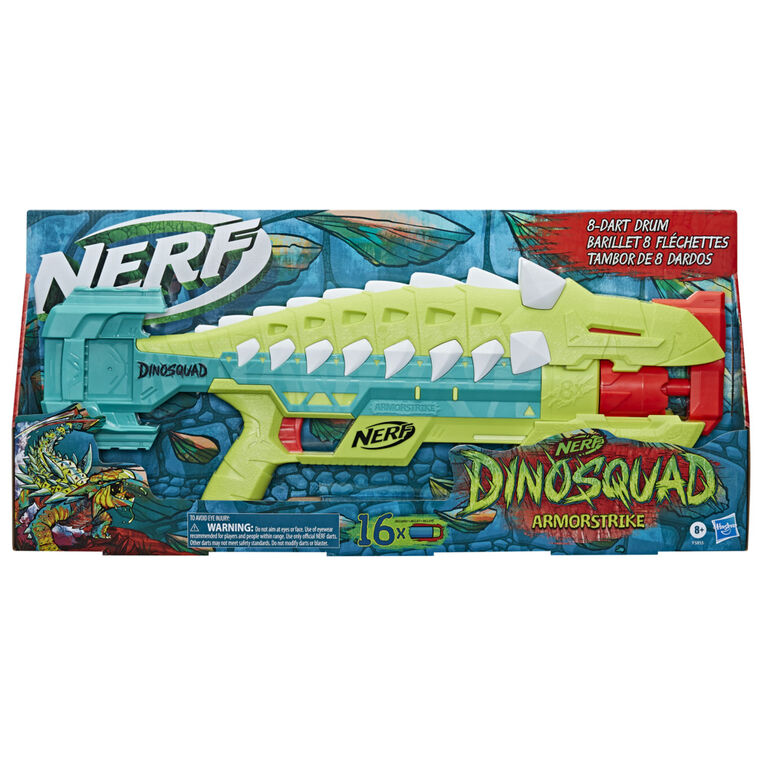 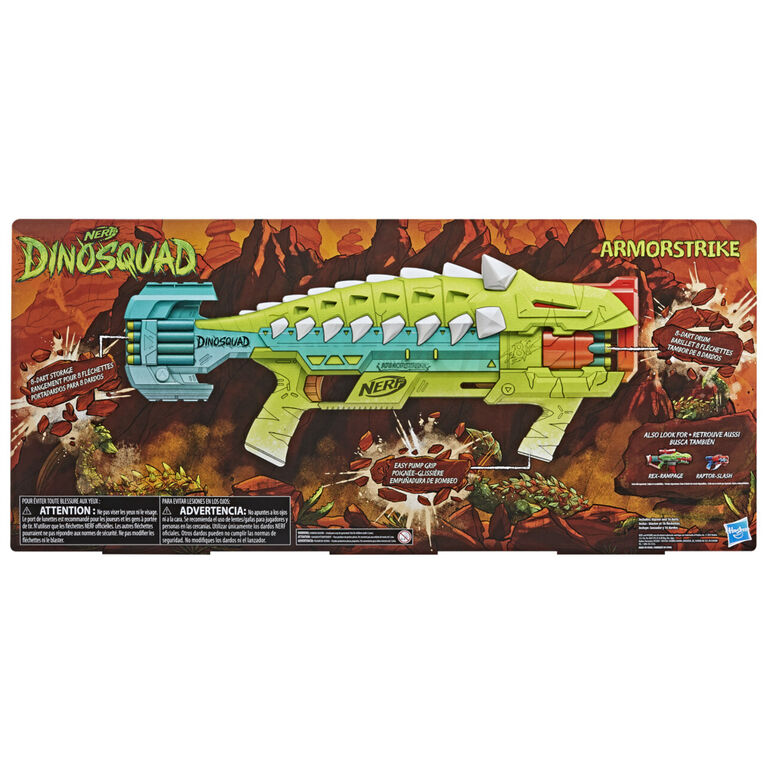 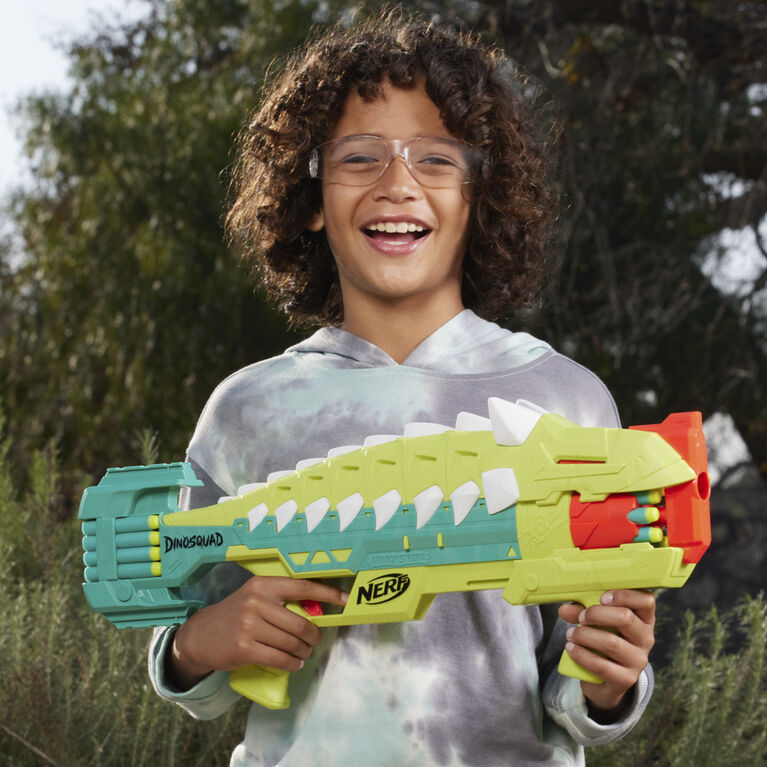 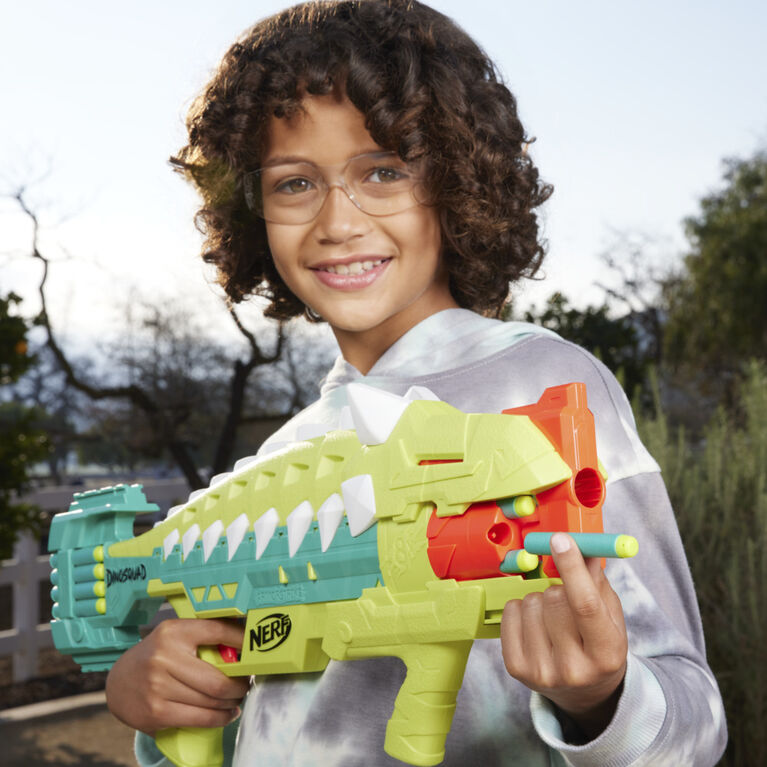 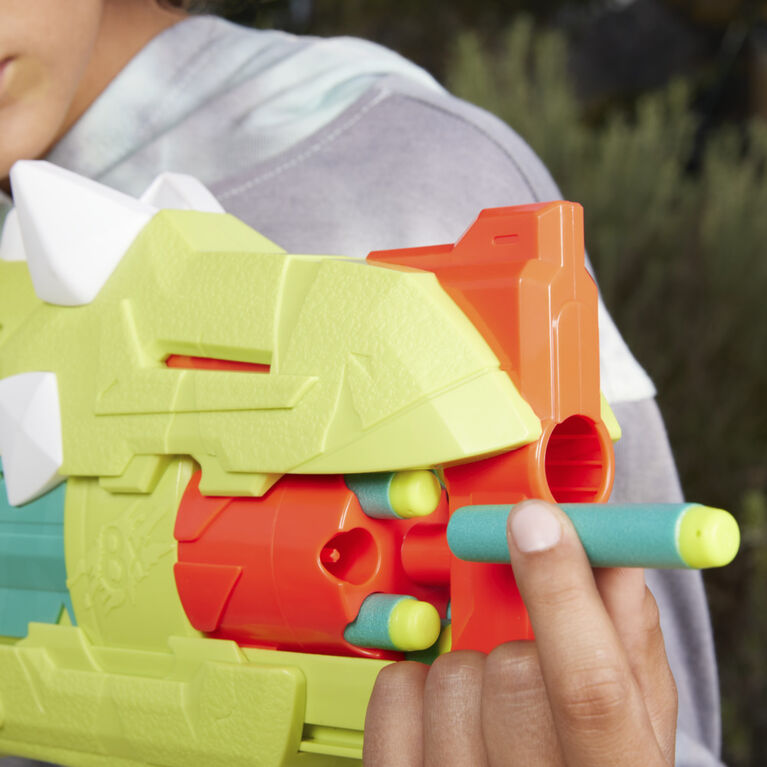 
Team up with legendary dinosaurs as a member of the elite DinoSquad! Harness the extraordinary force of the greatest dinosaurs of all and blast into amazing adventures! Charge into action with the Nerf DinoSquad Armorstrike blaster! It features an awesome dinosaur design, capturing the look of an Anklyosaurus dinosaur. Launch 8 darts in a row from the blaster's 8-dart rotating drum to show your targets that you have plenty of dino-power! Pump the drop grip to prime the blaster and take advantage of its below-the-barrel design to steady your aim. The blaster includes 16 Official Nerf Elite foam darts -- 8 darts to load the drum and 8 darts for reloads. And you can keep those 8 backup darts nearby because the blaster has onboard dart storage. To play, load the drum, move the drop grip backward and forward to prime the blaster, and pull the trigger to unleash 1 dart. Eyewear recommended (not included). No batteries required.