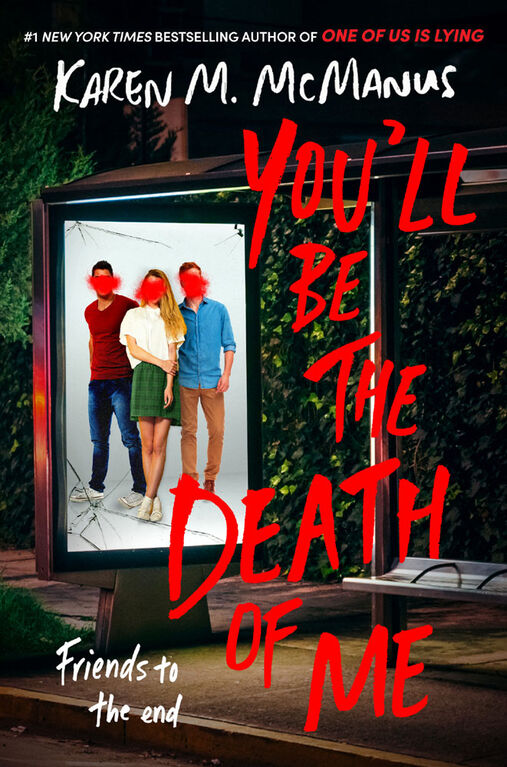 Pinch to zoom
INSTANT #1 NEW YORK TIMES BESTSELLER · From the author of One of Us Is Lying comes a brand-new pulse-pounding thriller. It's Ferris Bueller's Day Off with murder when three old friends relive an epic ditch day, and it goes horribly-and fatally-wrong.

Ivy, Mateo, and Cal used to be close. Now all they have in common is Carlton High and the beginning of a very bad day. Type A Ivy lost a student council election to the class clown, and now she has to face the school, humiliated. Heartthrob Mateo is burned out from working two jobs since his family's business failed. And outsider Cal just got stood up... again.

So when the three unexpectedly run into each other, they decide to avoid their problems by ditching. Just the three of them, like old times. Except they've barely left the parking lot before they run out of things to say. . .

. . . until they spot another Carlton High student skipping school-and follow him to the scene of his own murder. In one chance move, their day turns from dull to deadly. And it's about to get worse. It turns out Ivy, Mateo, and Cal still have some things in common...like a connection to the dead kid. And they're all hiding something.

Could it be that their chance reconnection wasn't by chance after all?

Fans of the hit thriller that started it all can watch the secrets of the Bayview Four be revealed in the One of Us is Lying TV series now streaming on NBC's Peacock!

You'll Be the Death of Me - English Edition

Free Shipping when you spend $49. Shop Toys”R”Us and Babies”R”Us in 1 easy checkout!
Promotion details
Free Shipping when you spend $49. Shop Toys”R”Us and Babies”R”Us in 1 easy checkout!
Offer applies to selected items for delivery by regular standard shipping only and excludes delivery to some remote locations. Up to the maximum of $20 shipping value. Any shipping expense over this $20 per order maximum amount will be charged to your order. Free Shipping applies only to orders with qualifying merchandise greater than $49 and does not apply to gift cards. Free Shipping offer excludes all large SHIP ALONE items, such as; Strollers, Car Seats, Gym sets, houses, large play sets and bikes, all large furniture items and other select items. Toysrus.ca offers "Free Shipping" on select items throughout the site. The shipment of orders to certain remote locations is excluded from these offers. In these instances, the standard delivery charge will be visible during the checkout process. On some products, special handling fees may still apply. If your order contains items that are ineligible for "Free Shipping", you will be charged for those items. Add item to your shopping cart and proceed to checkout to receive discount. While quantities last. Offer valid only while supplies last and not applicable to canceled orders due to out-of-stock merchandise. Discount not applicable with returned merchandise; total discount will be deducted from the value of any returned item to which the discount applied. This offer is not valid on previous purchases. This promotional offer may be modified or terminated at any time without notice. We reserve the right to cancel any order due to unauthorized, altered, or ineligible use of a discount.
Our recommended Age: 14 - 17 years
Our recommended Age

You'll Be the Death of Me - English Edition