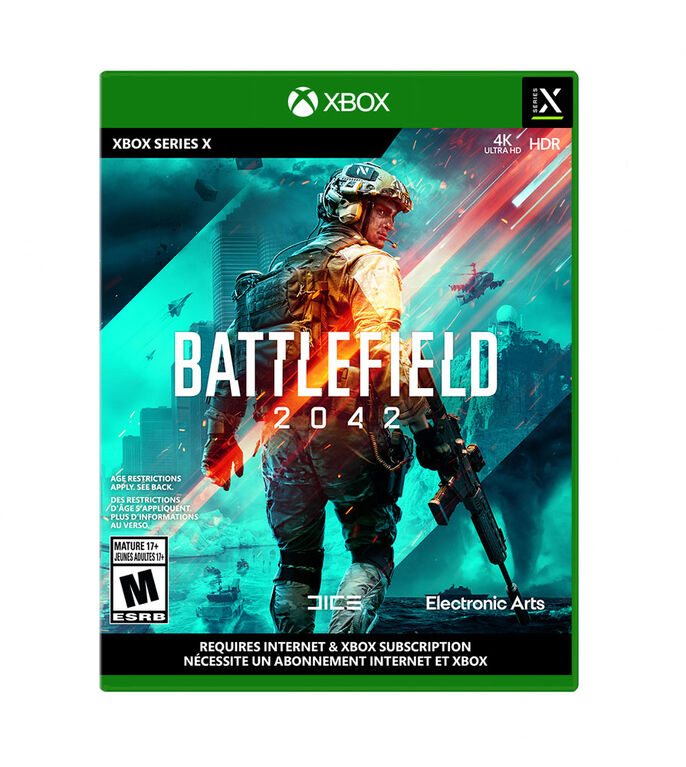 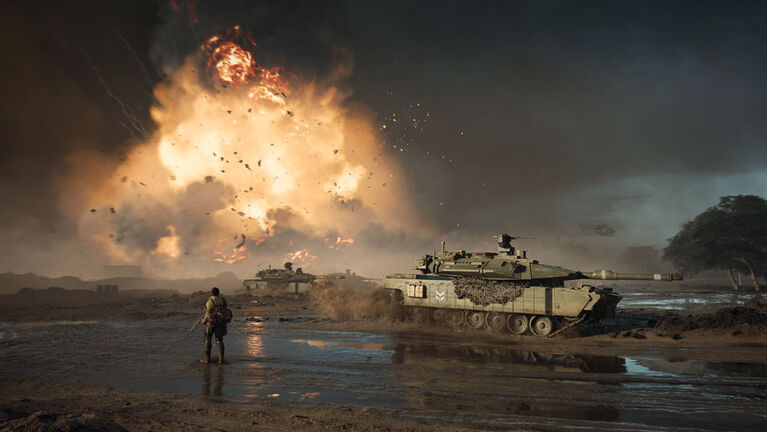 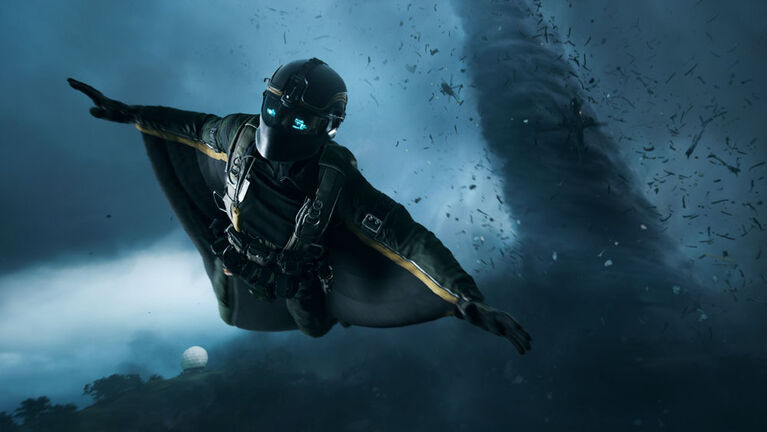 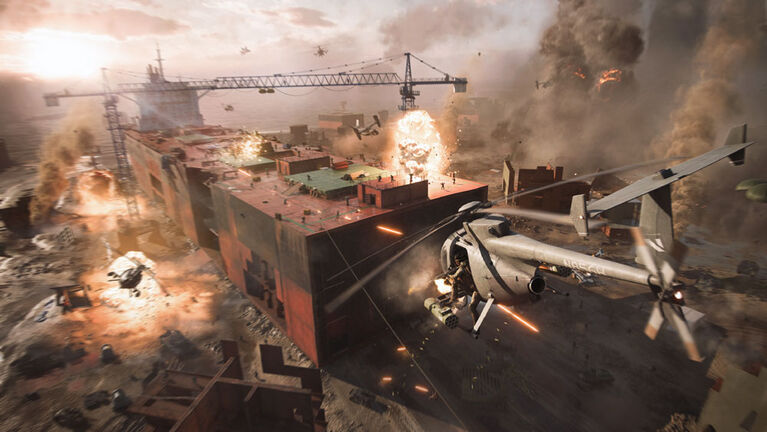 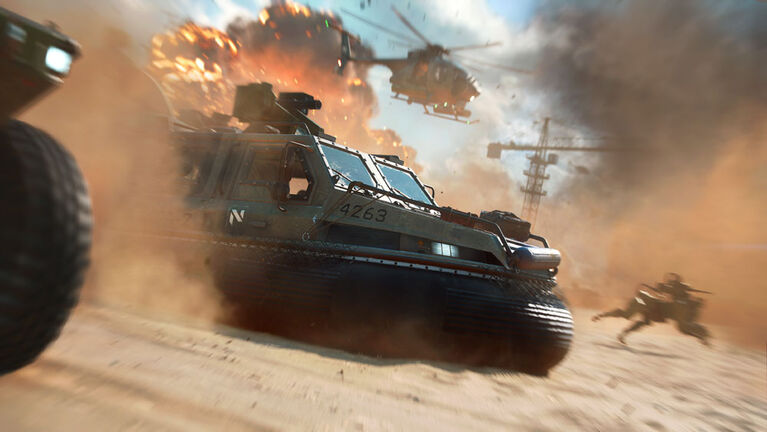 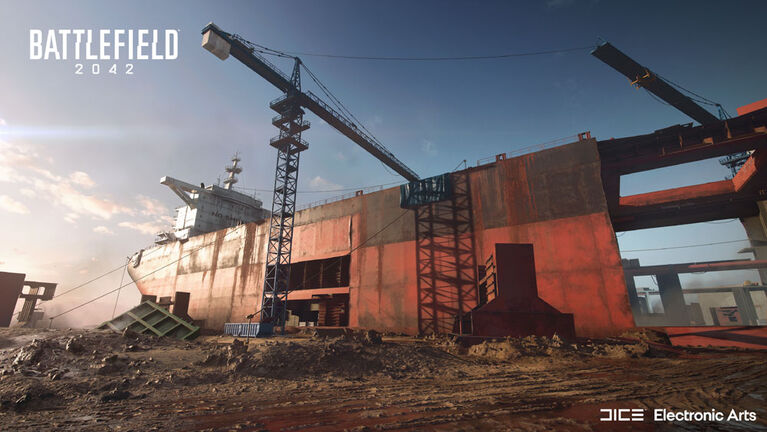 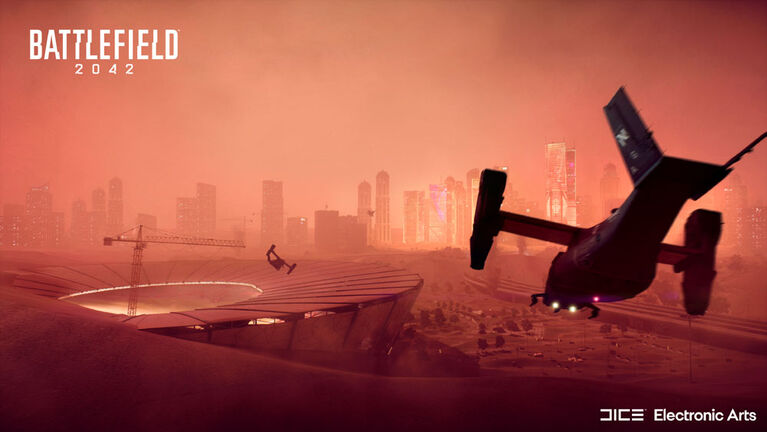 Pinch to zoom
Battlefield 2042 is a first-person shooter that marks the return to the iconic all-out warfare of the franchise. In a near-future world transformed by disorder, adapt and overcome dynamically changing battlegrounds with the help of your squad and a cutting-edge arsenal. Battlefield 2042 brings unprecedented scale on vast battlegrounds across the globe. Players will take on several massive experiences, from updated multiplayer modes like Conquest and Breakthrough to the all-new Hazard Zone.Pre-order Battlefield 2042 now and get:Early Access to Open Beta, Baku ACB-90 melee takedown knife, Mr. Chompy Epic Weapon Charm, Landfall Player Card Background + Old Guard Tag.

Battlefield 2042 marks the return to the iconic all-out warfare of the franchise in a near-future world that's been ravaged by climate-driven disasters, leading to the most severe refugee crisis in human history.

People who have been displaced are called Non-Patriated, or No-Pats, and the soldiers among them are recruited to fight in a global war waged by the US and Russia.

Extreme weather events and resource conflicts have shifted the balance of global power.

The United States and Russia stand at the brink of war, while a mix of Non-Patriated combat veterans form independent groups known as Task Forces. Fight to define the future in this never-before-seen theater of war.