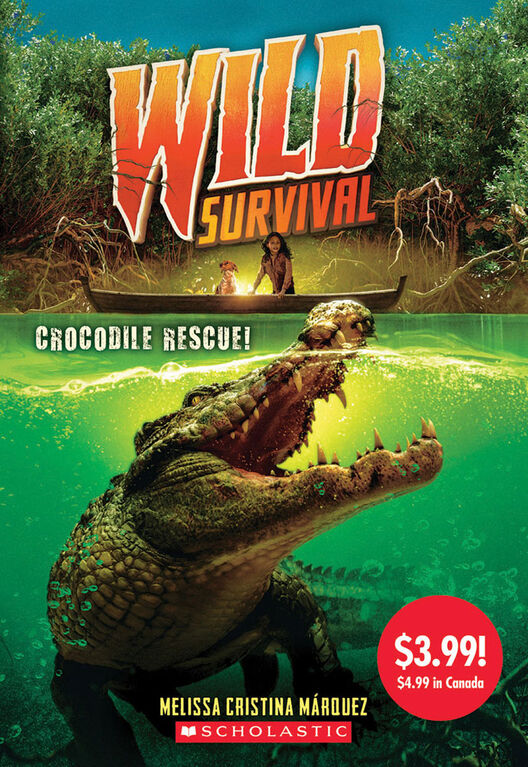 Pinch to zoom
For fans of The Trail, Out of My Shell, and The Honest Truth, Wild Survival is the story of a girl finding her voice... and fightingfor survival.


Twelve-year-old Adriana Villalobos and her older brother Feye travel the globe with their parents, the hosts of a suspenseful nature show called "Wild Survival!" The show features daring animal rescues and the work the family does at their animal sanctuary. They've recently gotten an offer to take the show from YouTube to a TV network, and Adriana is thrilled. So far, she's always been behind the scenes, but now she gets to join the rest of her family onscreen. She can't wait to bring her passion for animals to a wide audience.

Their first stop is the lush mangrove forests of Cuba, where they're going to help rescue an injured crocodile. But things get off to a rocky start when Feye is injured in an accident partially caused by Adrianna. The status of the show is in jeopardy, and Adrianna's parents want her back behind the scenes, or maybe even back at home.

Adrianna is determined to prove herself, and save the show-whatever it takes. Even if that means confronting the legendary Mega Croc of Cuba that's rumored to inhabit the murky waters around their base camp.

Based on the author's real-life wildlife encounters, this middle-grade series will include real animal facts, light illustration of the creatures mentioned in each book, and an Author's Note from Melissa.