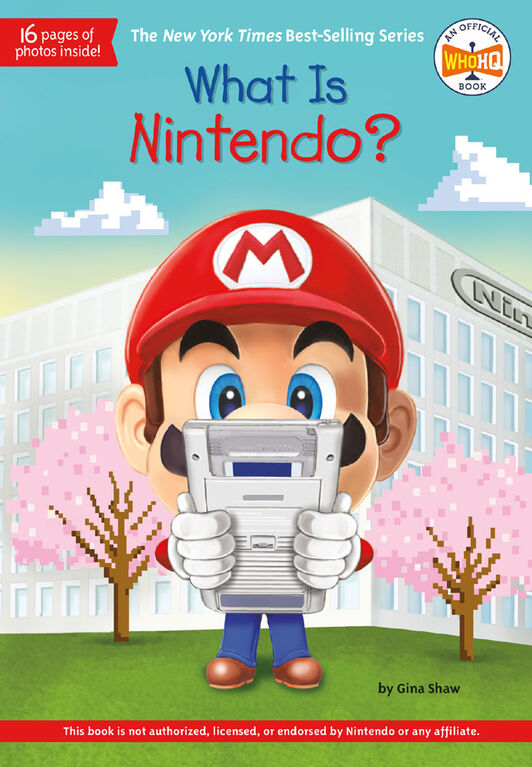 Pinch to zoom
The game is on! Get your hands on this book about one of the most influential companies in the video game industry.

Founded in 1889, Nintendo started out as a small playing card company in Japan. Though the cards sold well, Nintendo really became popular when it began creating toys in the 1960s, and then became internationally renowned after developing video games and consoles in the 1970s and '80s. After introducing the world to some of the best-known and top-selling video game franchises of all-time, such as Super Mario Bros., The Legend of Zelda, Animal Crossing, and Pokemon, it's clear to see why Nintendo is beloved by parents as a company that creates nonviolet, family-friendly entertainment for kids.

With fun black-and-white illustrations and an engaging 16-page photo insert, readers will be excited to read this latest additon to Who HQ!

What Is Nintendo? - English Edition

What Is Nintendo? - English Edition