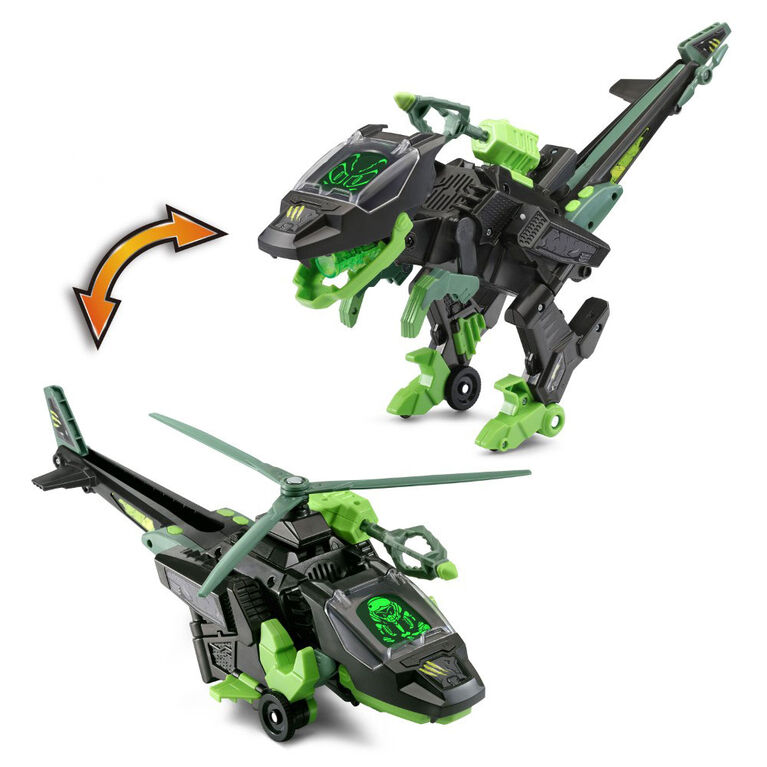 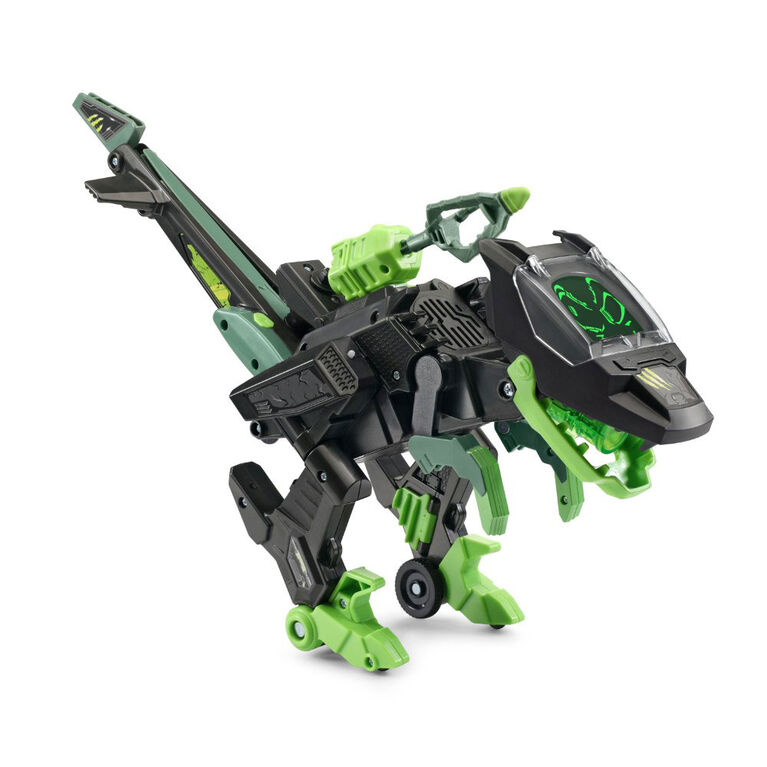 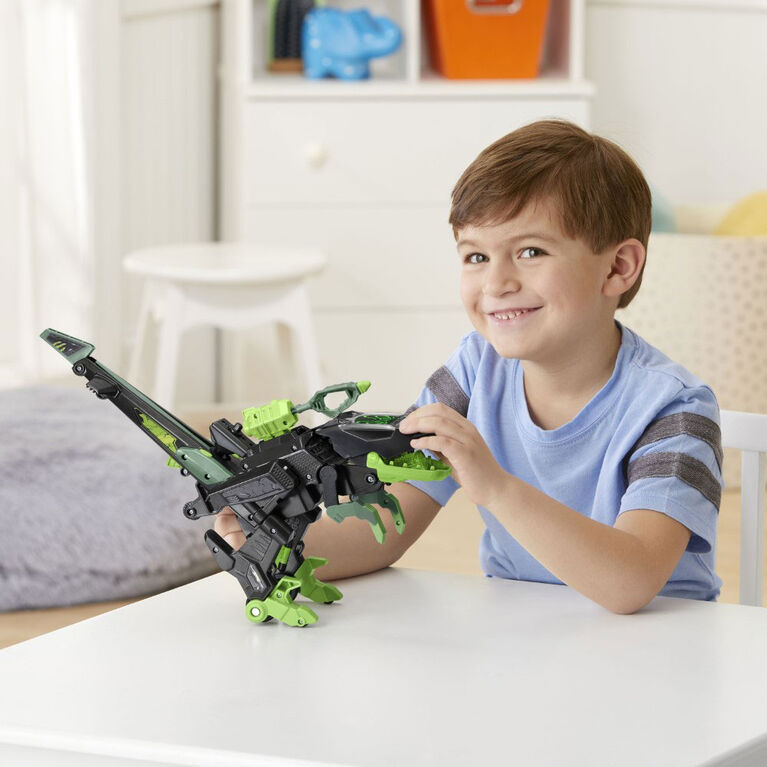 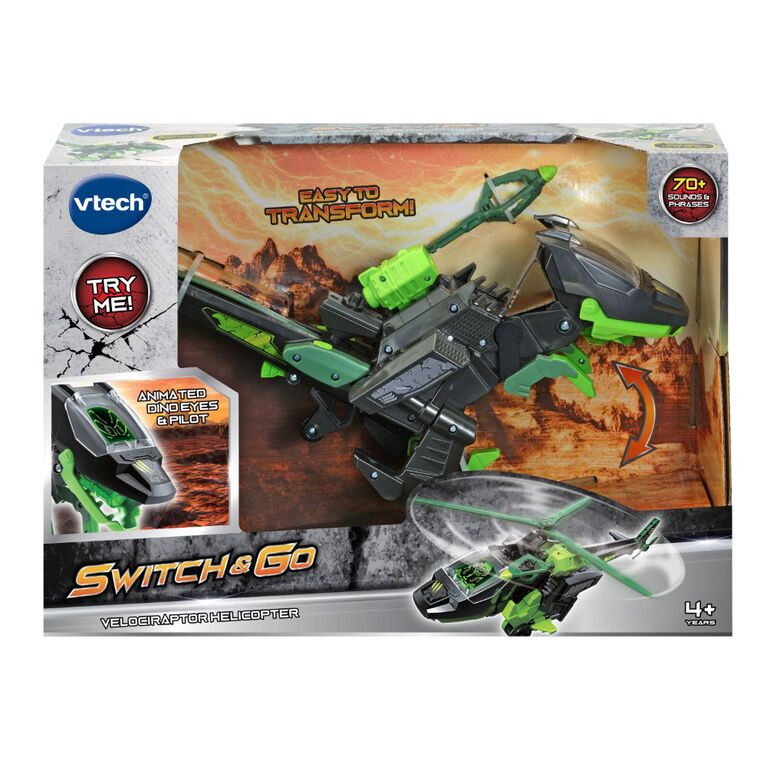 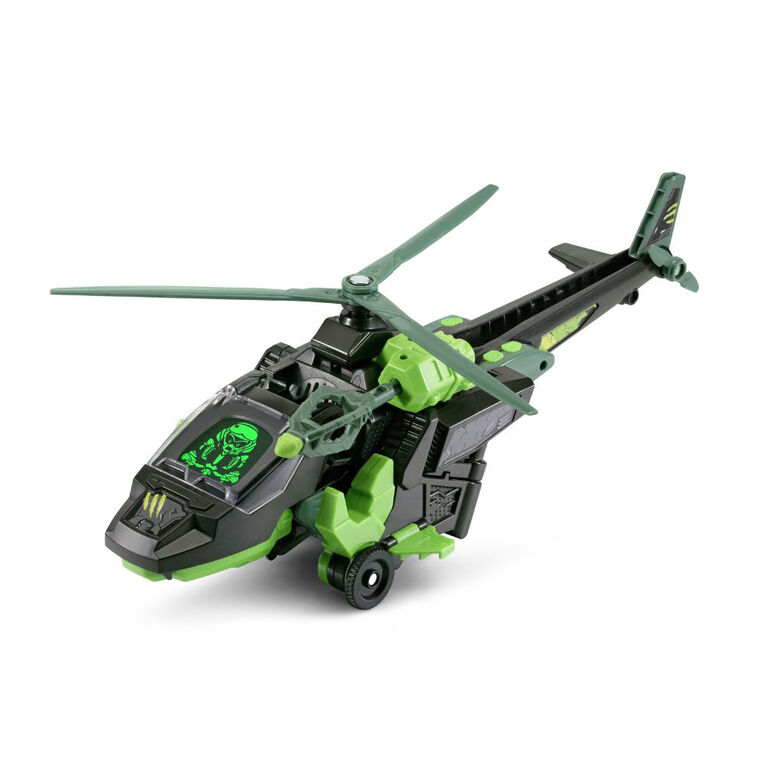 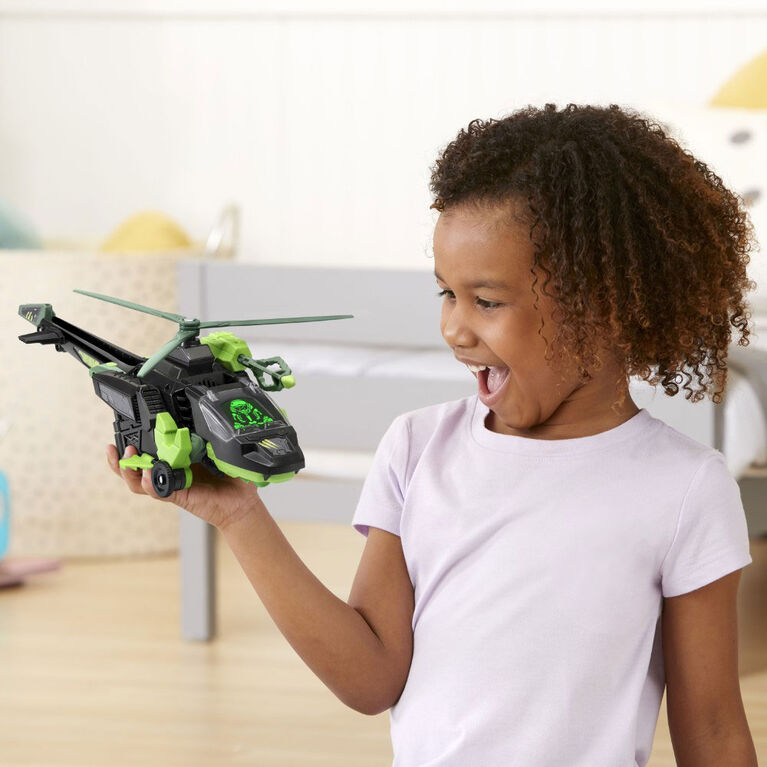 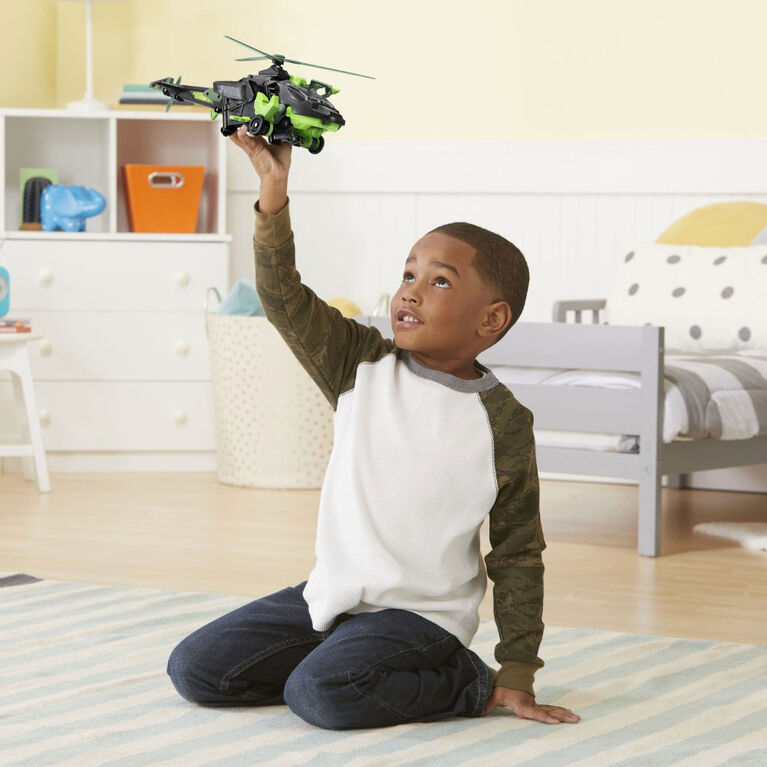 Pinch to zoom
Race and roar into a supercool world where ferocious dinosaurs change into tough vehicles with the Switch & Go Velociraptor Helicopter! The swift, smart raptor inspires imaginative play with animated LCD eyes and dinosaur sound effects and phrases. Launch the rocket claw! Then switch up playtime by transforming the dino into a heroic helicopter with a few simple moves. Watch how the dino eyes on the LCD screen turn into a helicopter pilot and hear how the voice changes, too! Turn on the search light or spin the helicopter's rotor blades for role-play action. Bring your Switch & Go world to life with 70+ responses and sound effects in both modes. Challenge the other Switch & Go dinos to a fearsome match-up. Who is most powerful? Strongest? Toughest? Smartest? Dinosaurs rule! Additional Switch & Go dinosaurs sold separately. Intended for ages 4-8 years. Requires 2 AA batteries. Batteries included for demo purposes only. New batteries recommended for regular use.