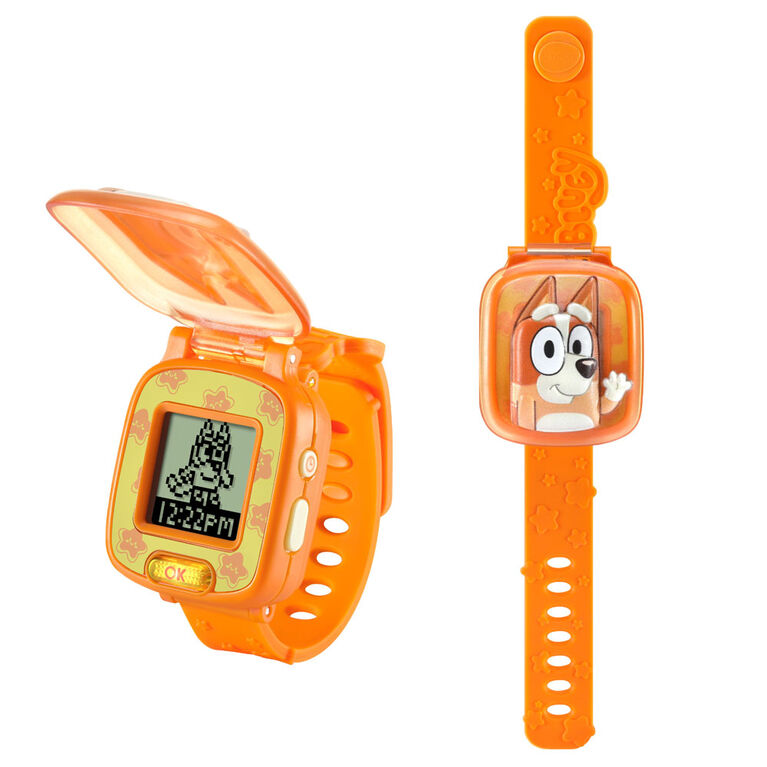 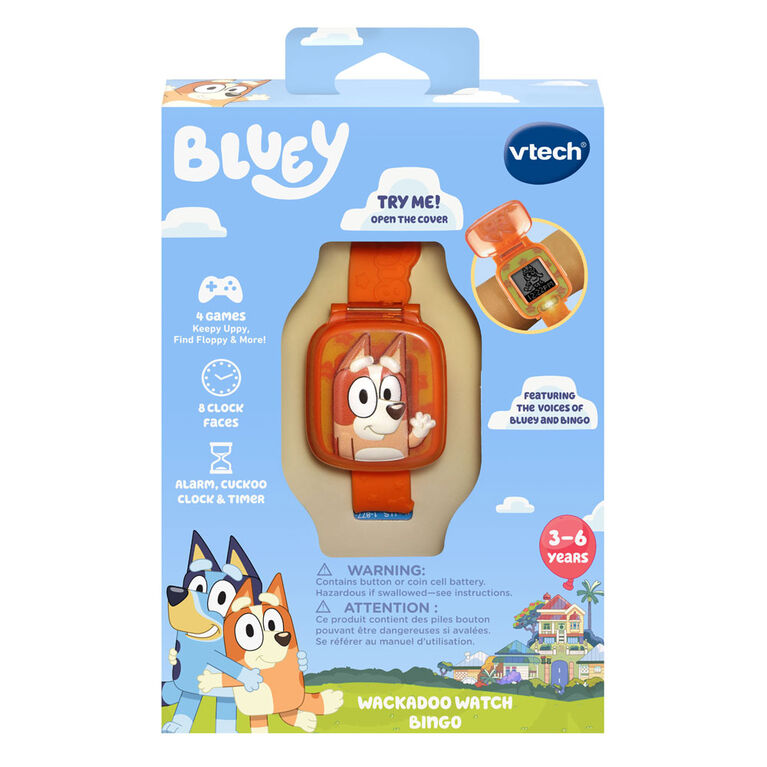 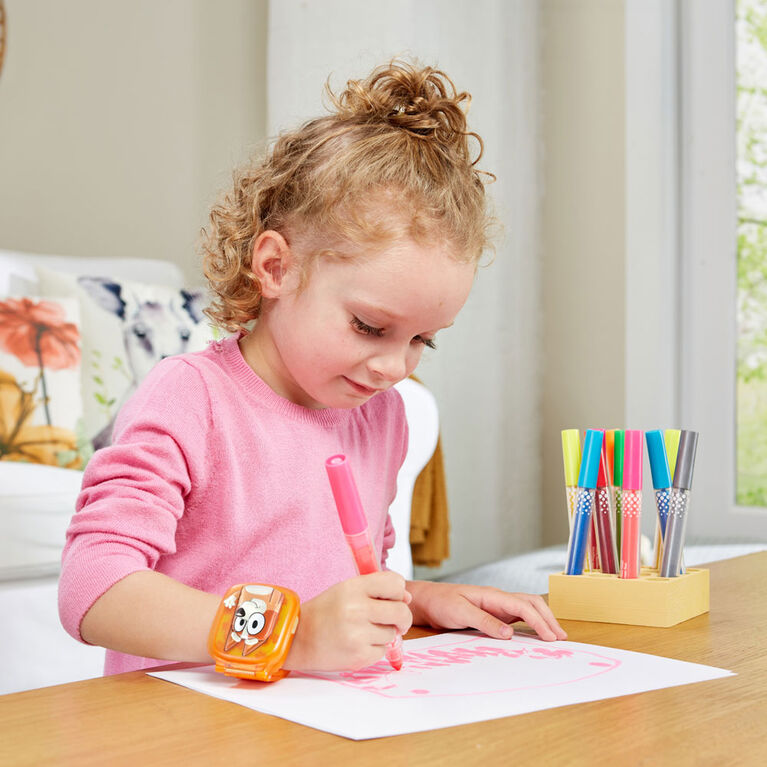 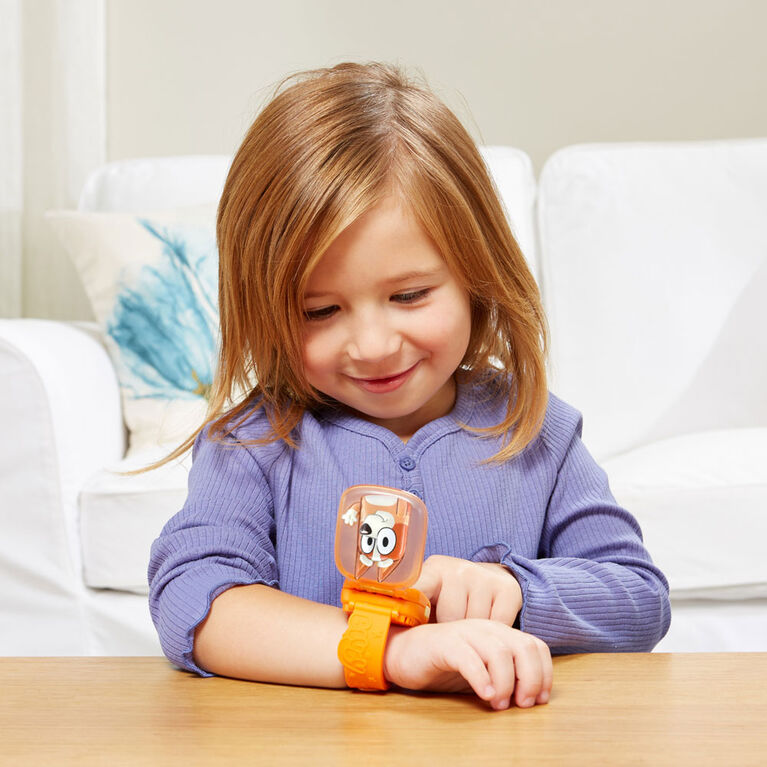 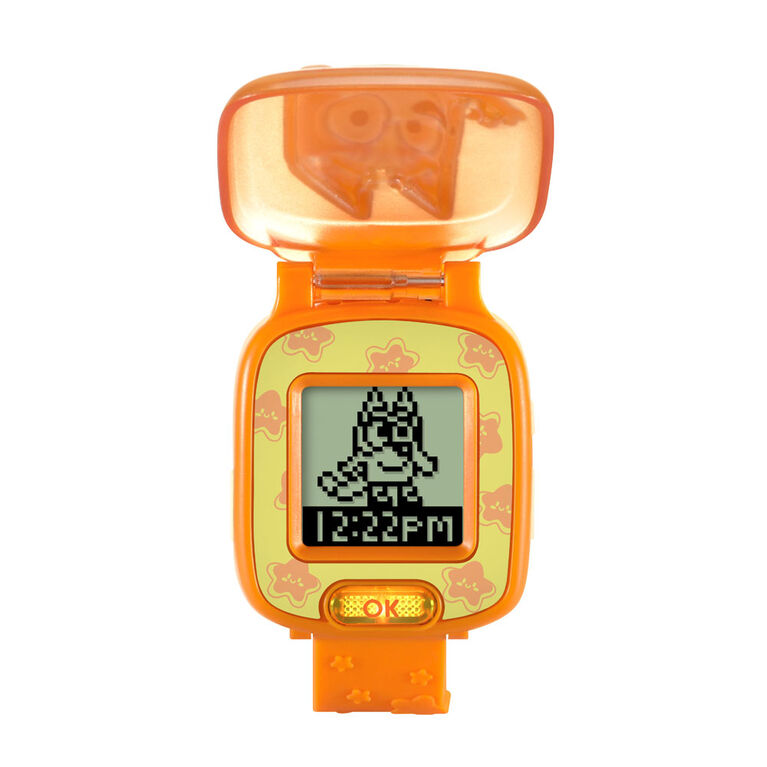 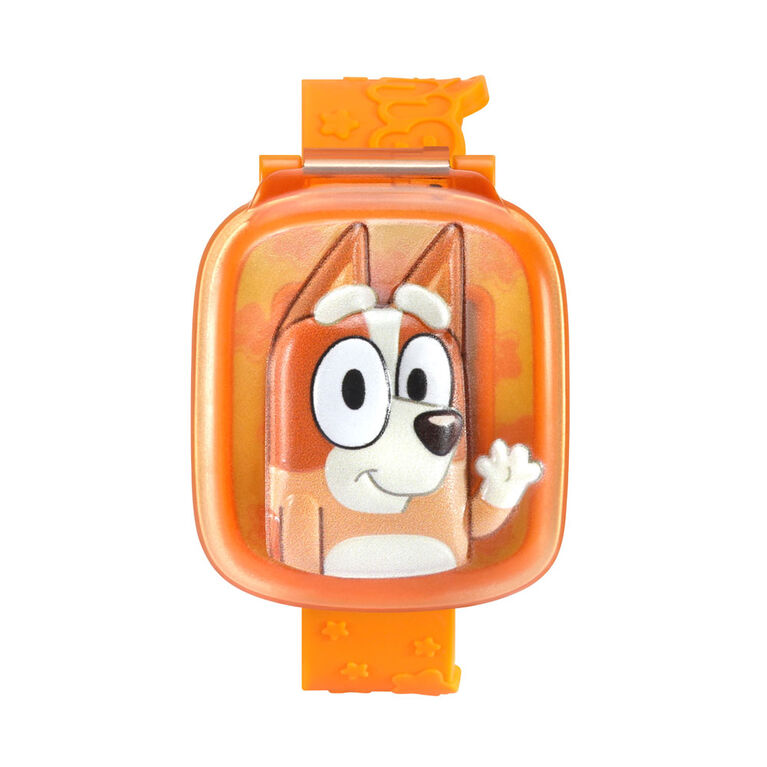 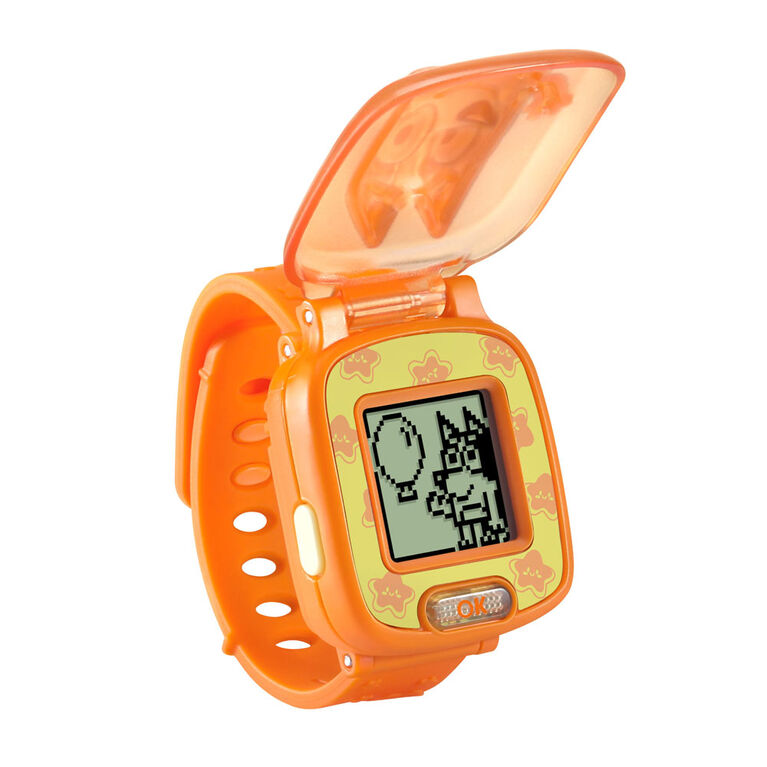 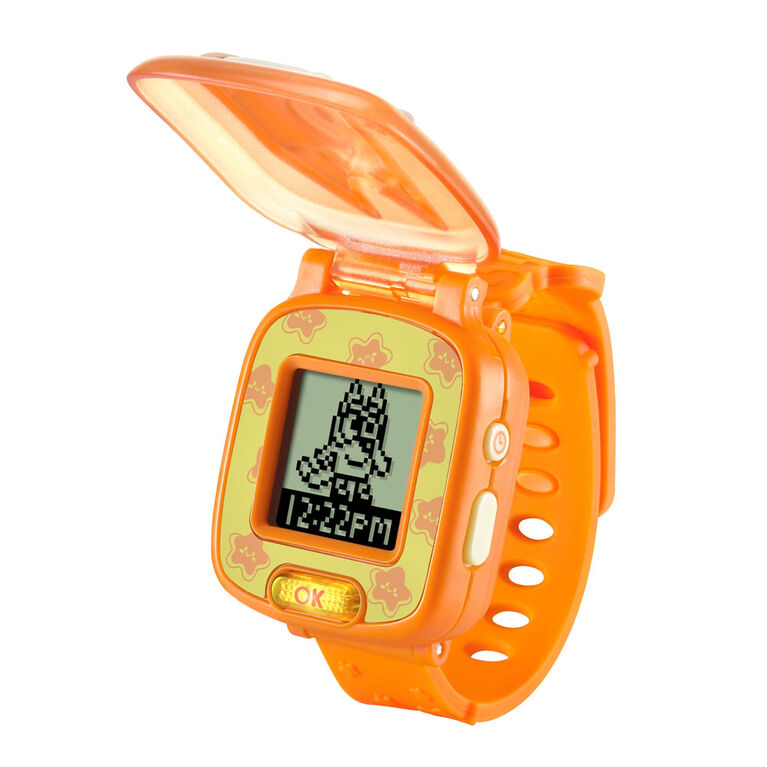 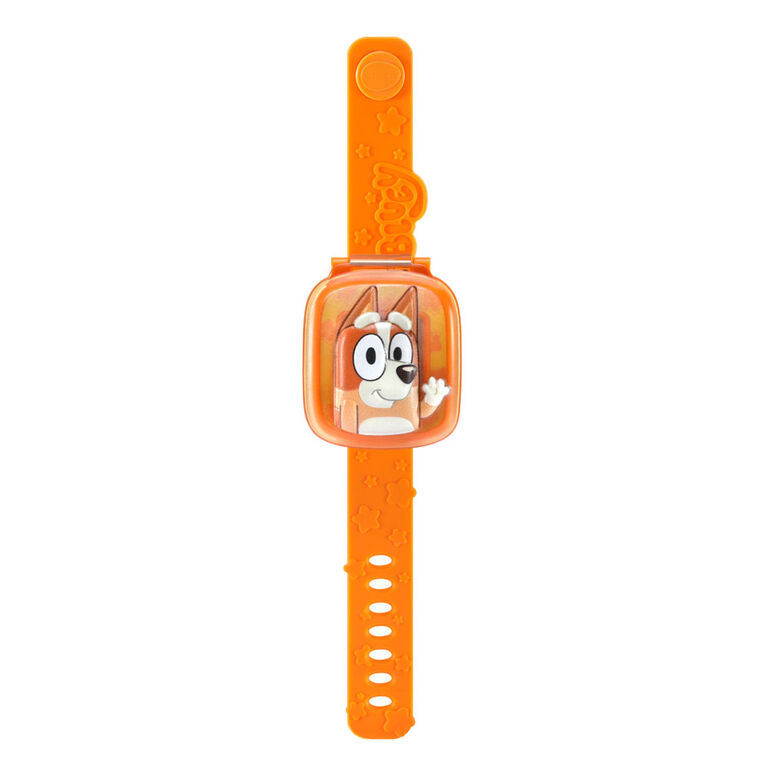 Pinch to zoom
Let's play with Bluey, Bingo and the Wackadoo Watch! This wristwatch for kids featuring Bingo includes eight digital clock faces, time tools and four games. Hear the voices of Bluey and Bingo guide you through games that include characters from the show. Bandit has wound Bingo up like a wind-up toy! Press the left and right buttons to help Bingo avoid obstacles that appear in the classroom. Bluey wants to play a game of keepy-uppy! Help Bluey keep a balloon off the ground by using the left and right buttons. At Hammerbarn, Bluey wants to buy the same thing as Bingo. Match an object with its shadow to find a matching item. See Bingo hide her plush bunny Floppy into one of three chickenrat eggs and mix them up. Watch carefully and choose the egg where Floppy is hidden. Time tools include a stopwatch, timer and alarm. Wackadoo! Intended for ages 3-6 years. Requires 1 CR2450 lithium coin battery. Battery included for demo purposes only. New battery recommended for regular use.