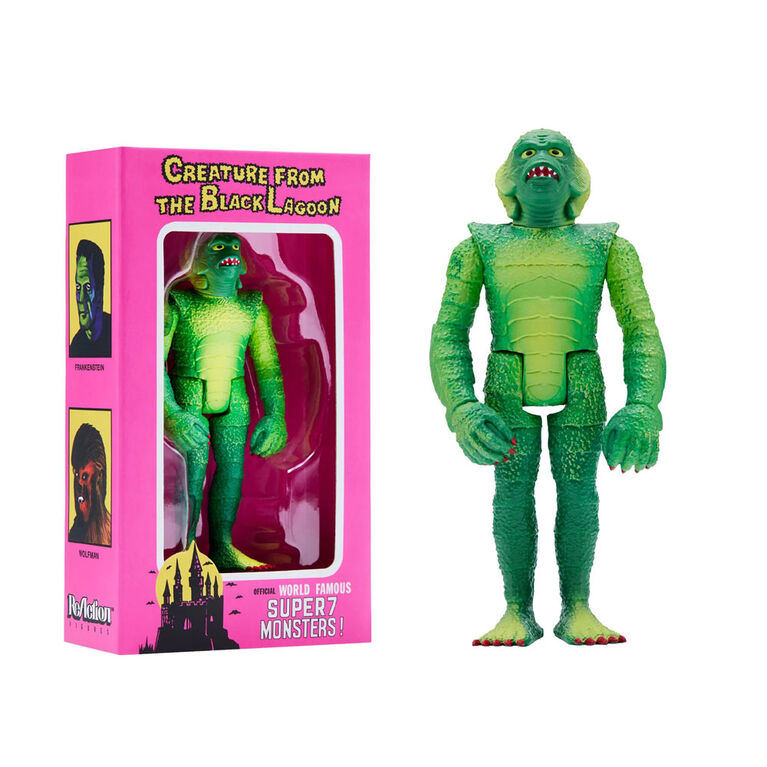 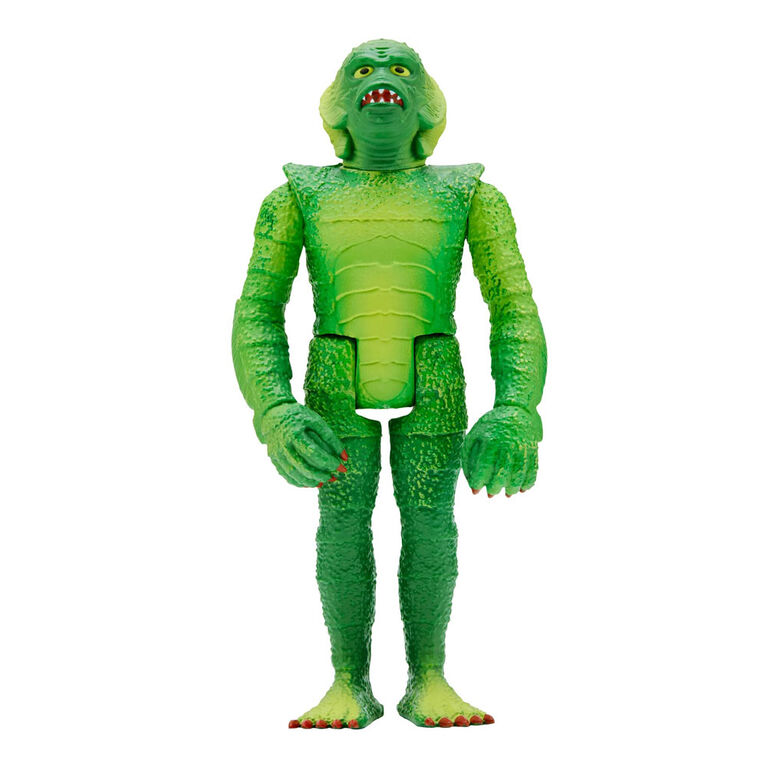 Pinch to zoom
This 3.75" articulated Universal Monsters ReAction figure of Creature from the Black Lagoon is inspired by AHI's World Famous Super Monsters 70s toy line, which introduced some of the first poseable action figures based on movie characters. There never was a female equivalent to the monster in the Creature from the Black Lagoon movies, but the toymakers behind the 1970s AHI's World Famous Super Monsters action figure line released a Creature with a wider waist and torso that became known to collectors as the "female" Creature. While this version is the wide-sculpt Creature, Super7's Boodega "Super" Creatures also come in two unique body types. Boxed in special throwback packaging that pays homage to the vintage toy line, your Creature collection won't be complete without both versions of the AHI-inspired "Super" Creature!