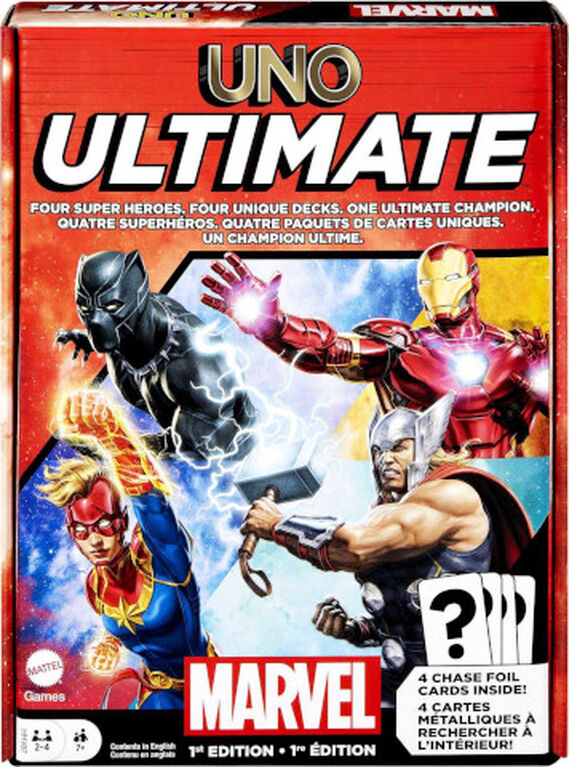 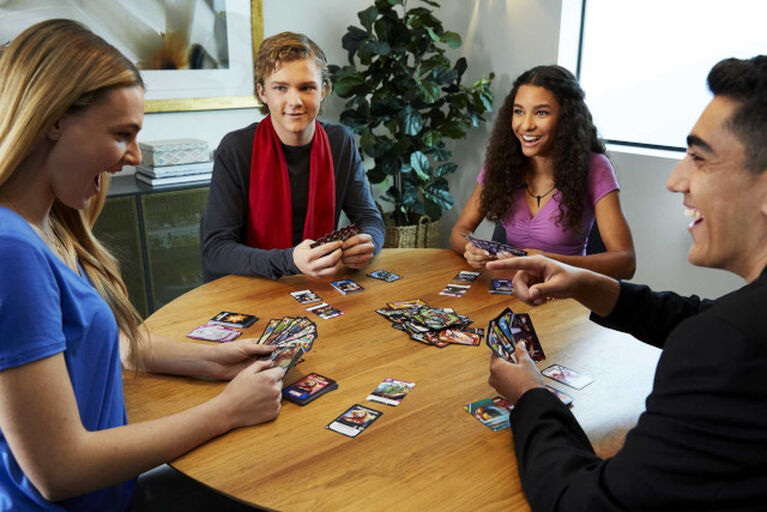 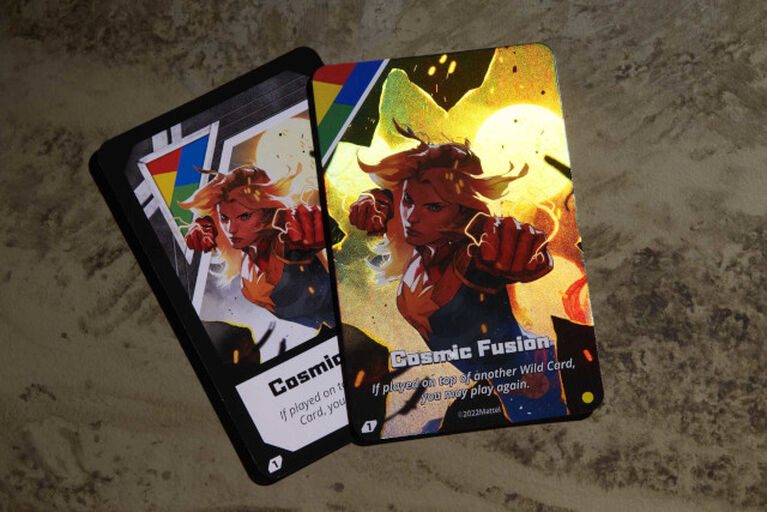 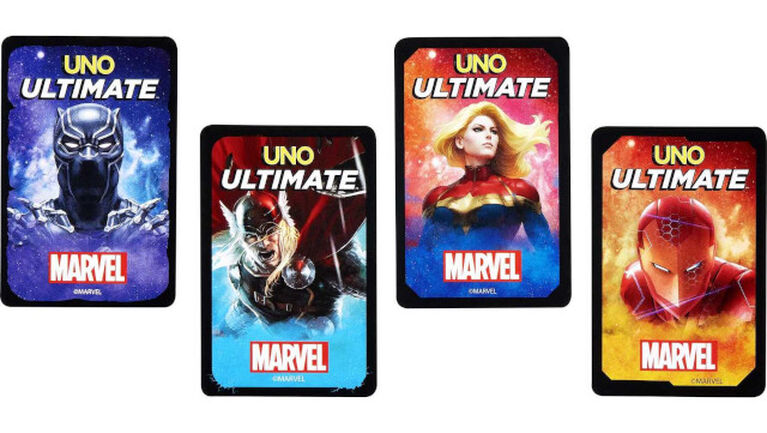 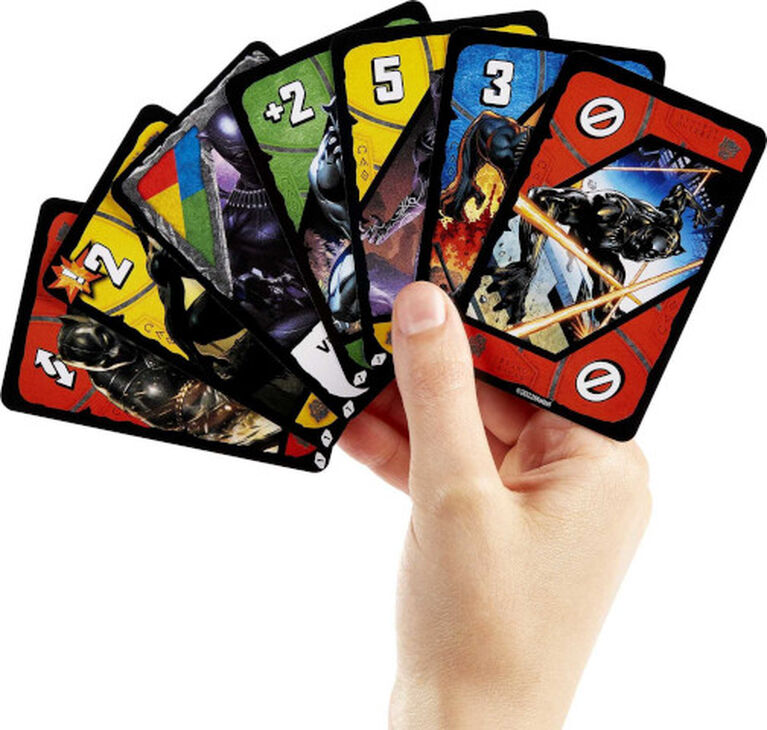 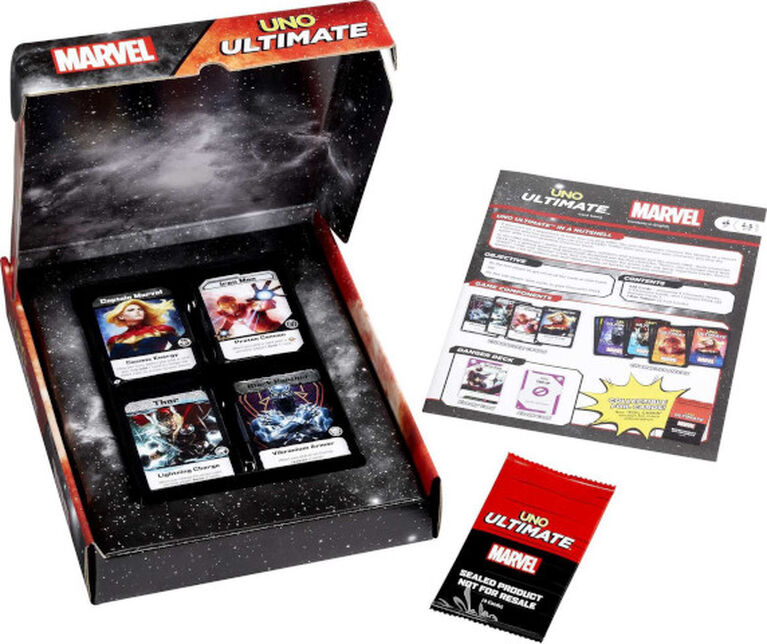 Pinch to zoom
​With this UNO Ultimate card game, players may not be Marvel Superheroes, but they can play like they are! This premium version of UNO features four card decks, each designed specifically for a popular, heroic character. Each player chooses to play as a character who has special powers that they can use on EVERY turn. A Danger Deck holds "Event" and "Enemy" cards to switch the balance of power! Players race to get rid of all their cards just like the classic UNO game, and they can't forget to yell "UNO!" when down to their last one. Unique to UNO Ultimate are TWO ways to win each round as well as four collectible, never-before-seen Foil Cards which players can keep and collect or put in the game itself to spice up the Ultimate deck! The card game makes a great gift for fans of UNO, Marvel and fun on game night. Colors and decorations may vary.