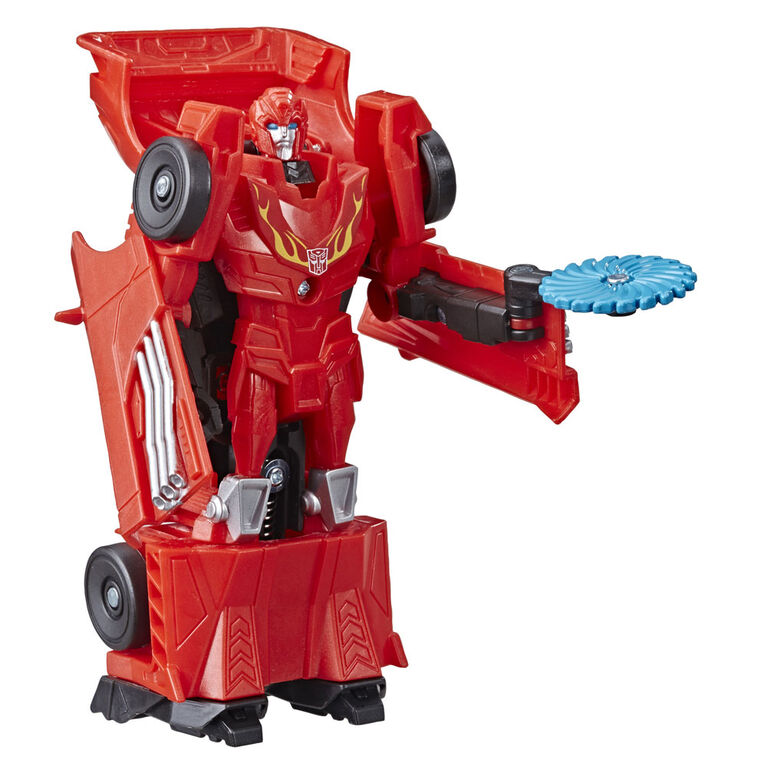 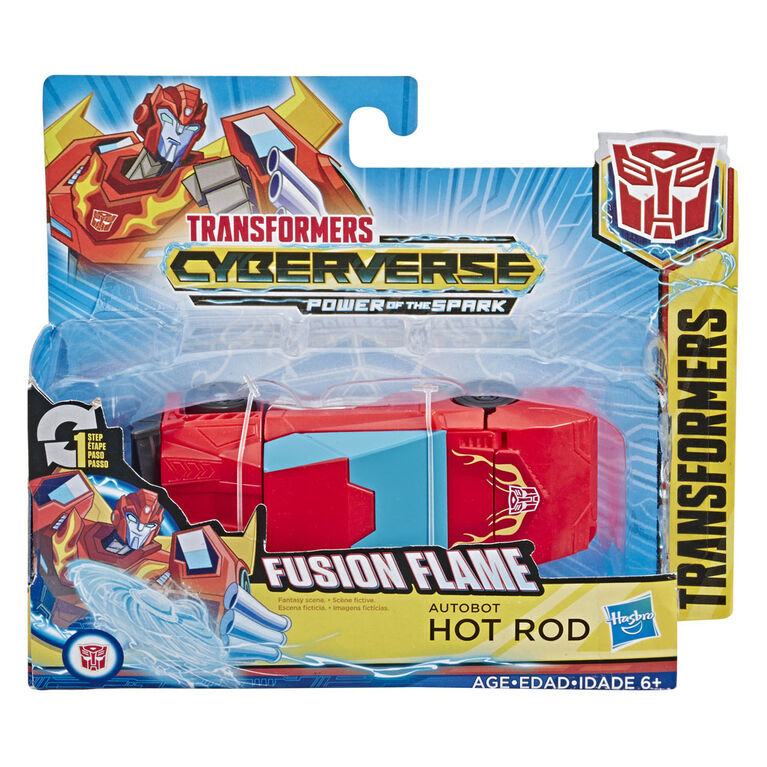 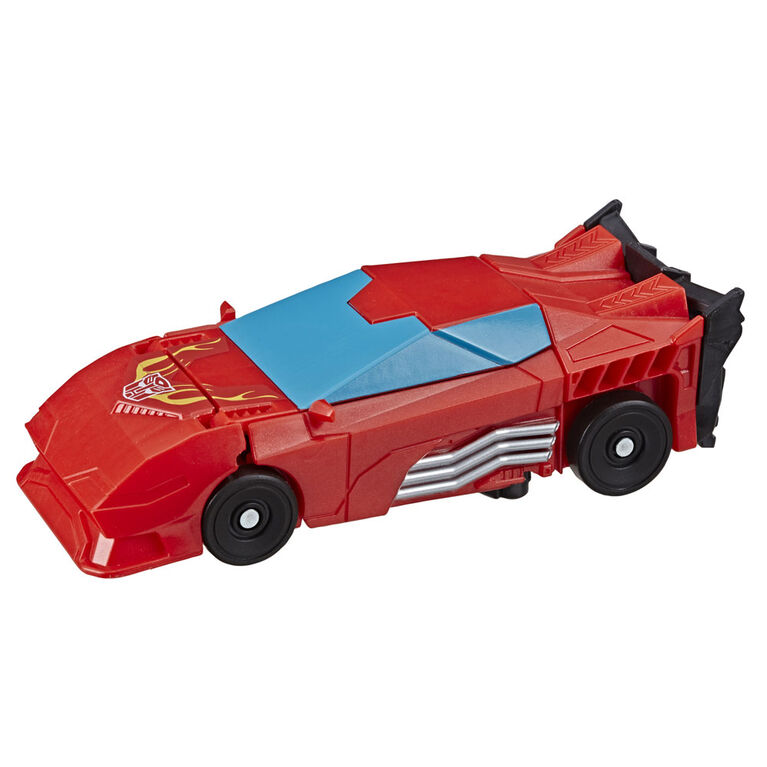 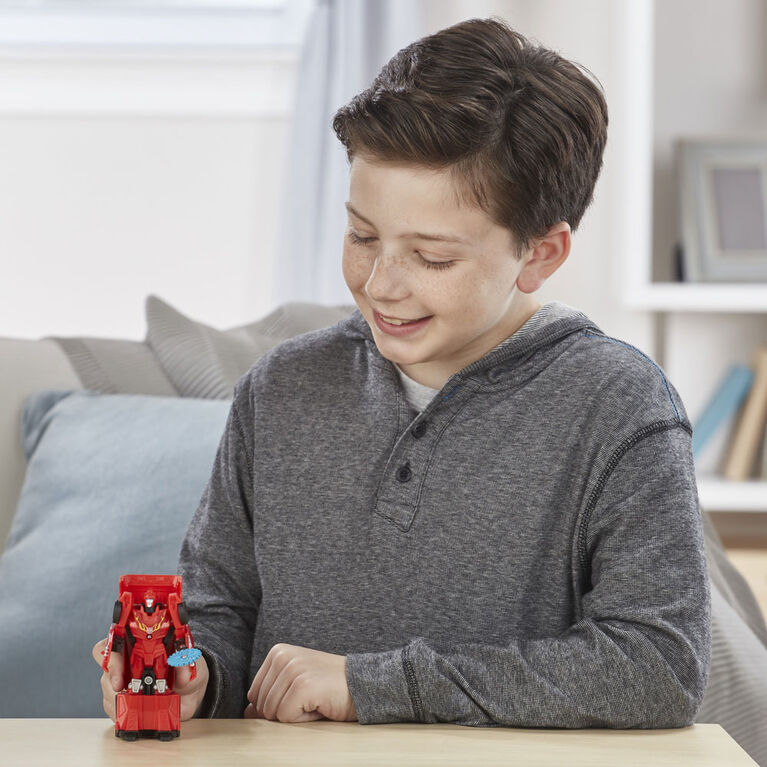 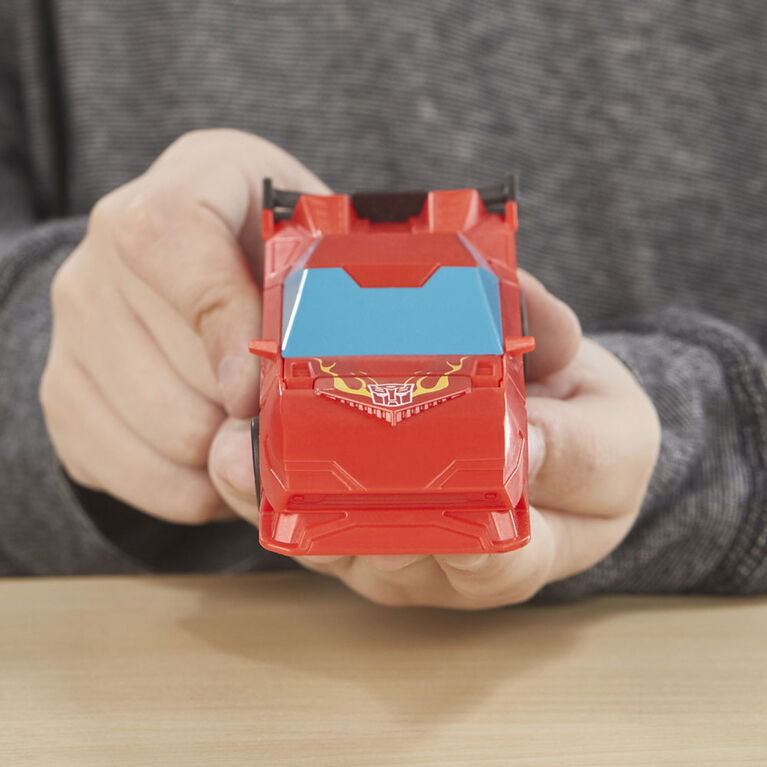 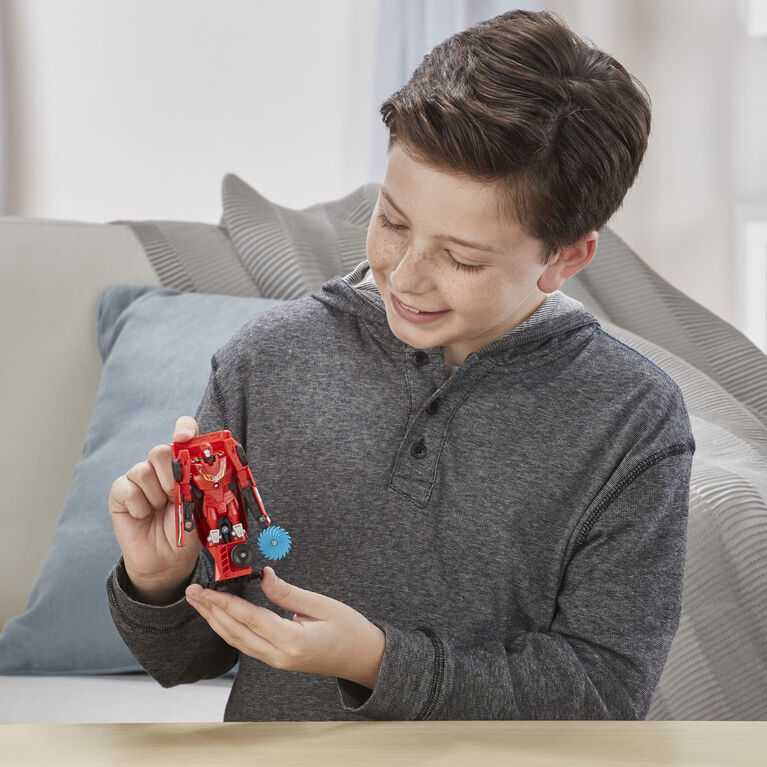 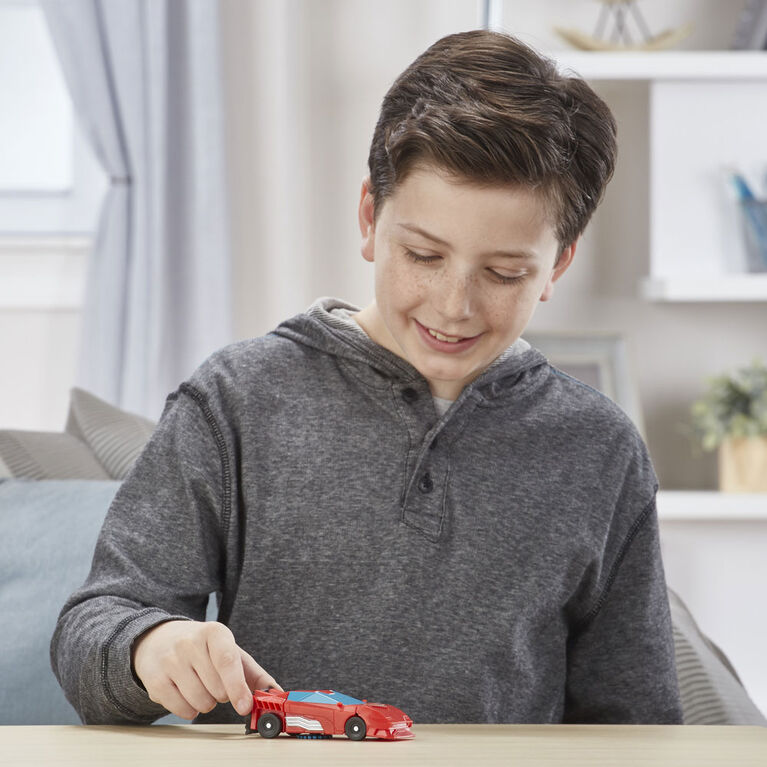 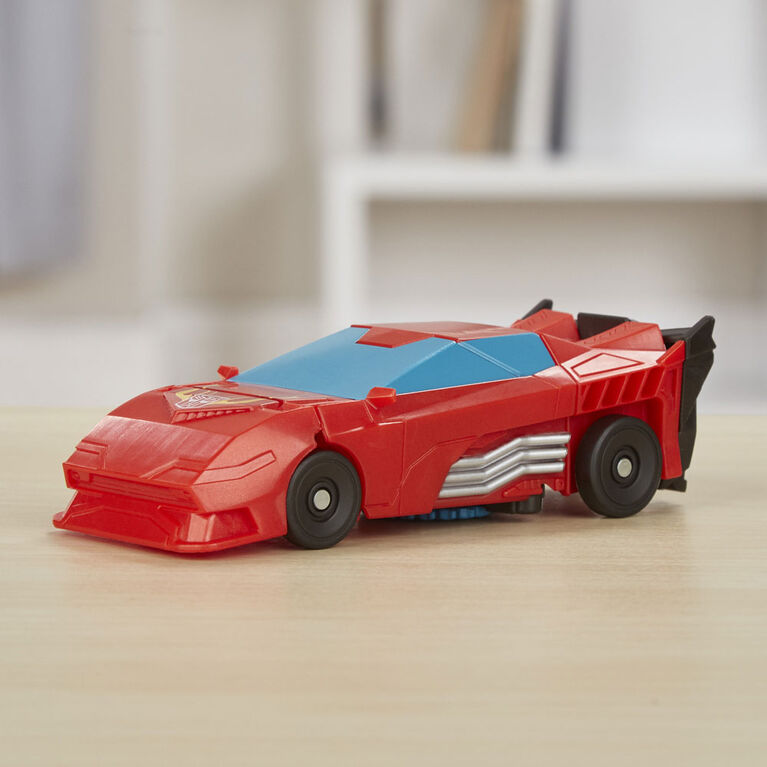 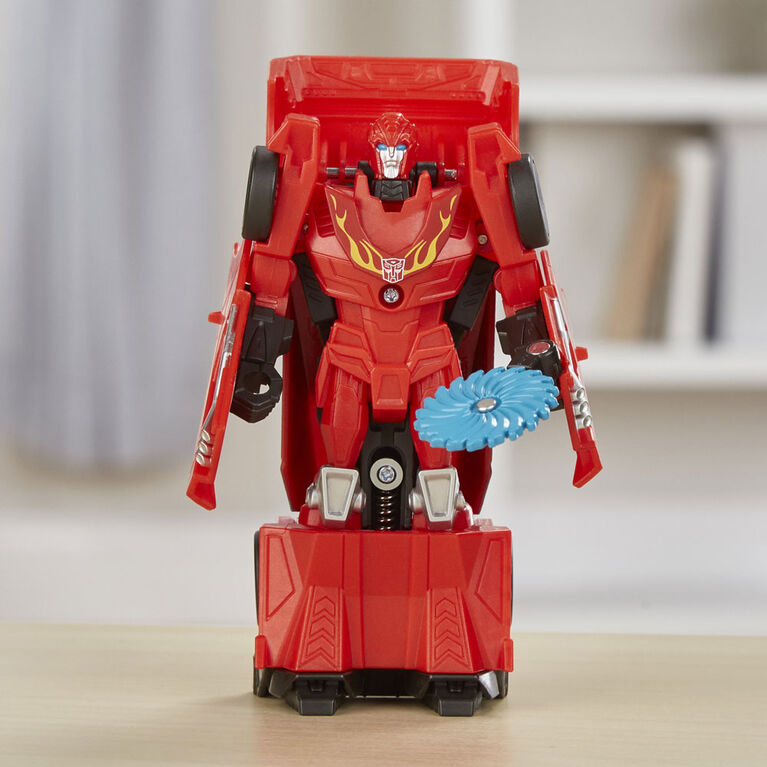 Experience the excitement of quick conversion with figures that change between modes in 1 easy step! Simply convert Autobot Hot Rod figure from robot to car mode in 1 quick step. Conversion reveals the figure's Fusion Flame move! The move can be easily repeated.