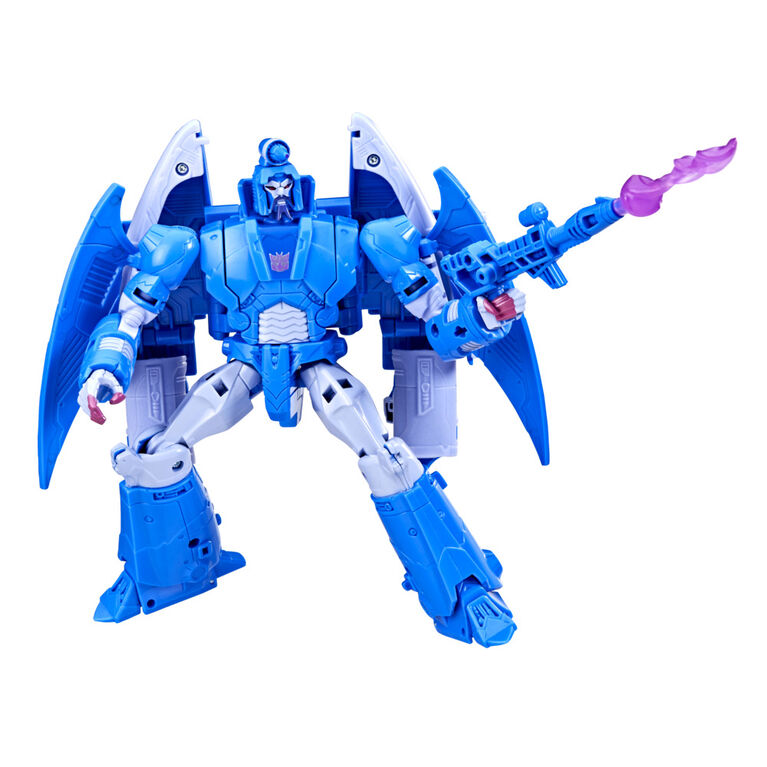 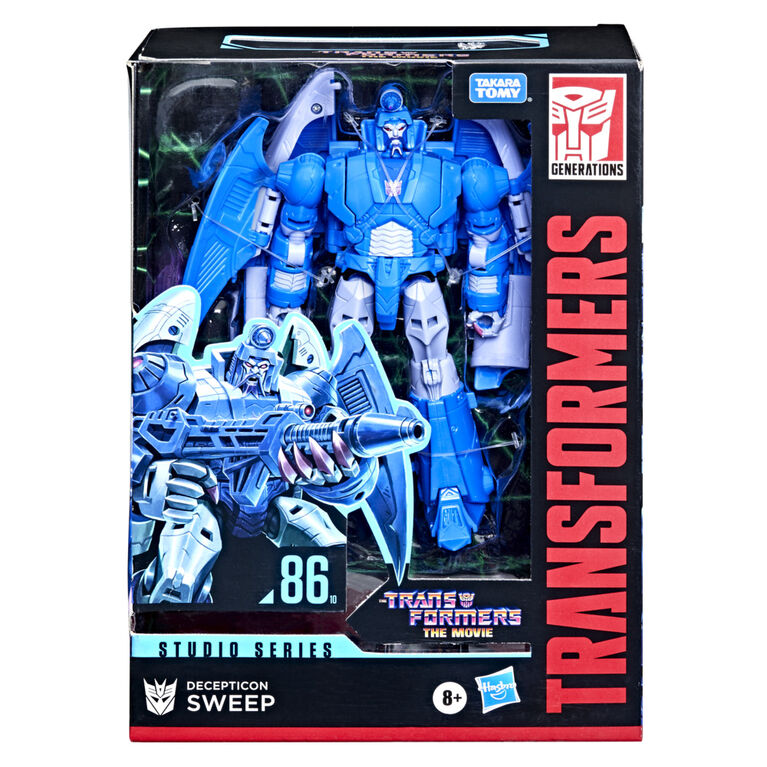 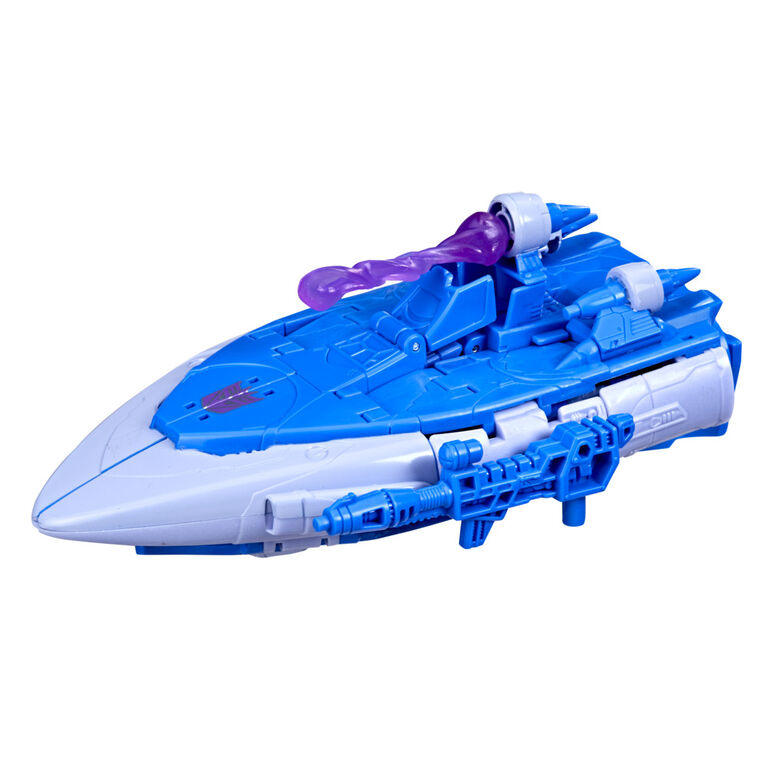 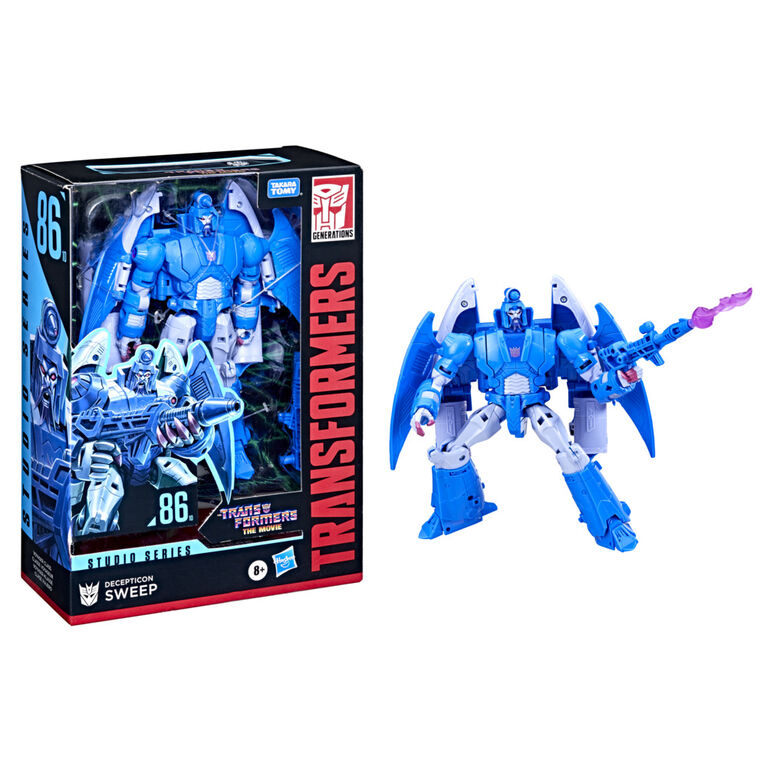 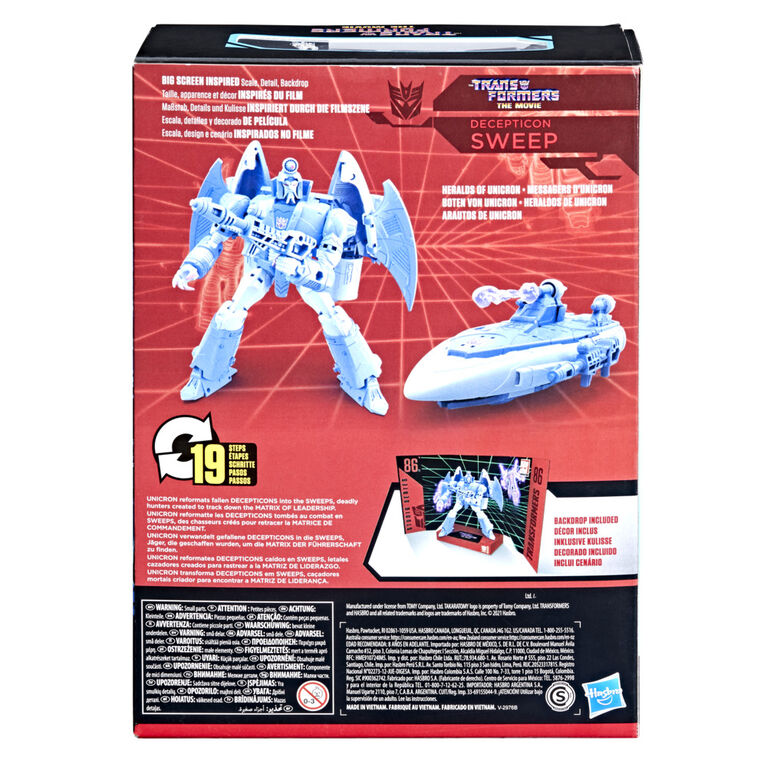 
Studio Series has always allowed fans to reach past the big screen and build the ultimate Transformers collection inspired by iconic movie scenes from the Transformers movie universe. Now, the Studio Series line is expanding to include the epic moments and characters from the classic 1986 The Transformers: The Movie, bringing fans a whole new series of screen-inspired figures to collect! (Each sold separately. Subject to availability.)

This Studio Series 86-10 Voyager Class The Transformers: The Movie-inspired Decepticon Sweep figure converts from robot to Cybertronian hovercraft modes in 19 steps. Remove backdrop to showcase Decepticon Sweep in the Heralds of Unicron scene. In the Heralds of Unicron scene from The Transformers: The Movie, Unicron reformats fallen Decepticons into the Sweeps, deadly hunters created to track down the Matrix of Leadership. Pose the figure out with the included blaster and blaster effect accessories and imagine re-creating this classic movie moment!