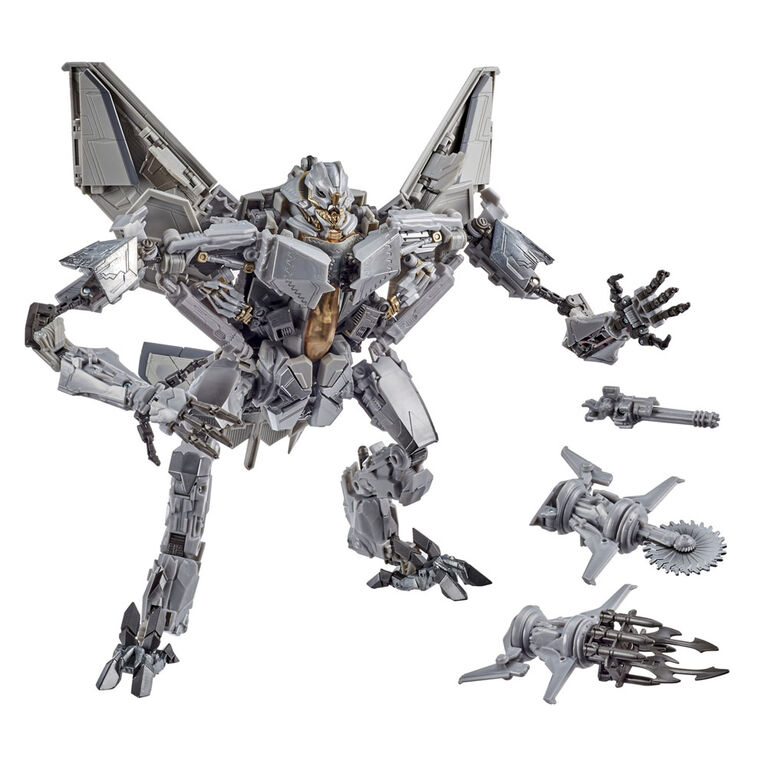 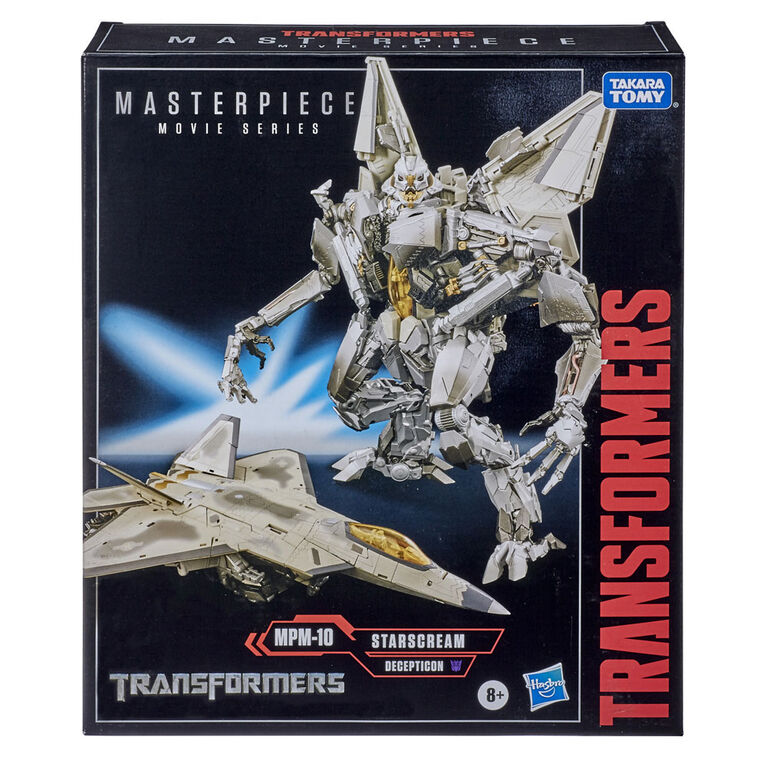 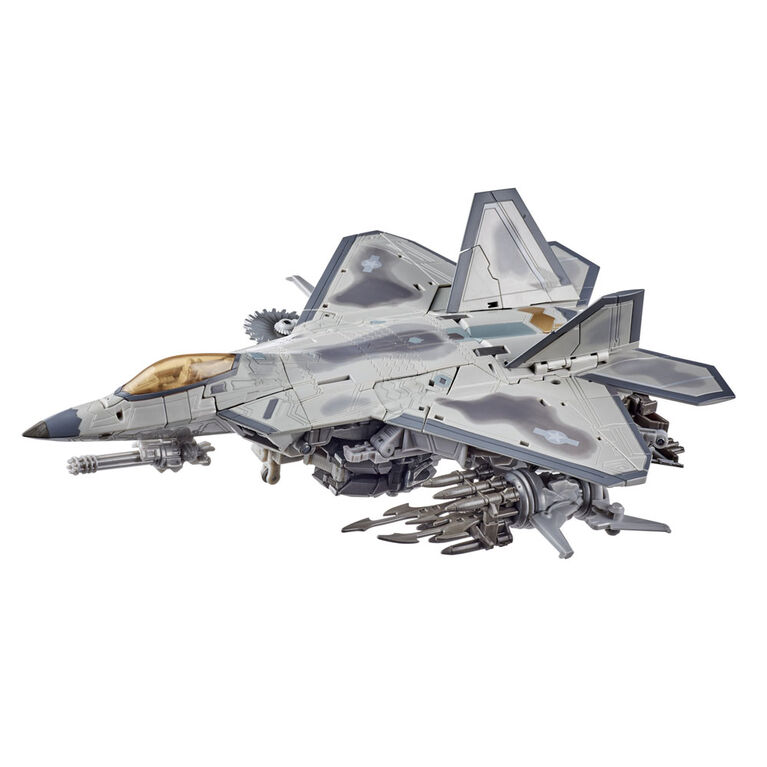 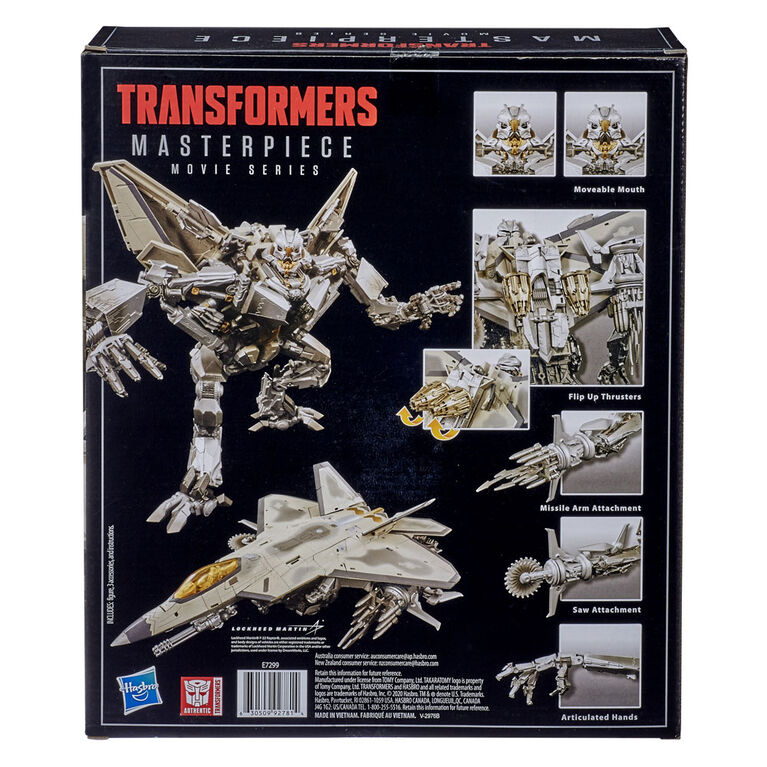 
Modeled after the Transformers live action movies, Movie Masterpiece authentic figures feature film-inspired details and accessories, ideal for displaying on collectors' shelves. This authentic Transformers collectible figure was inspired by the CAD files from the first Transformers film and includes die cast parts and 150 deco ops with more than 50 points of articulation.

In the first Transformers live action movie, Starscream attempts to capture the Allspark, disguising himself as an F-22 fighter jet to launch a surprise attack against Sam Witwicky and the Autobots. This MPM-10 Starscream figure converts from the screen-accurate official Lockheed Martin F-22 Raptor Jet to robot mode in 63 steps. Figure includes highly articulated hands, flip up thrusters, moveable mouth, and missile and saw arm attachments and Gatling blaster accessories.

Look for more Movie Masterpiece figures to reimagine iconic scenes from the Transformers films. Each sold separately. Subject to availability.

Transformers and all related characters are trademarks of Hasbro.
Lockheed Martin F-22 Raptor, associated emblems and logos, and body designs of vehicles are either registered trademarks or trademarks of Lockheed Martin Corporation in the USA and/or other jurisdictions, used under license by DreamWorks, LLC.