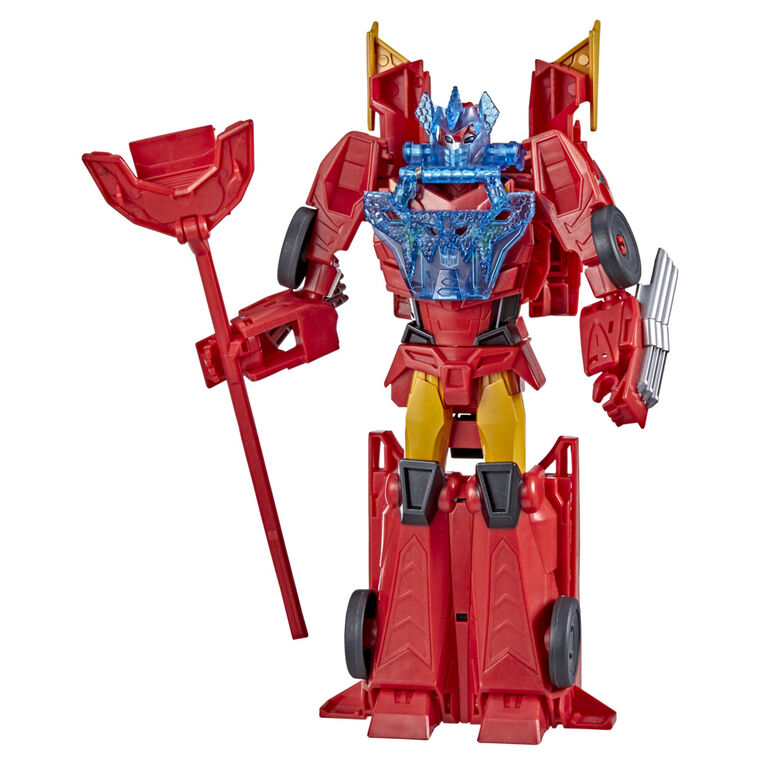 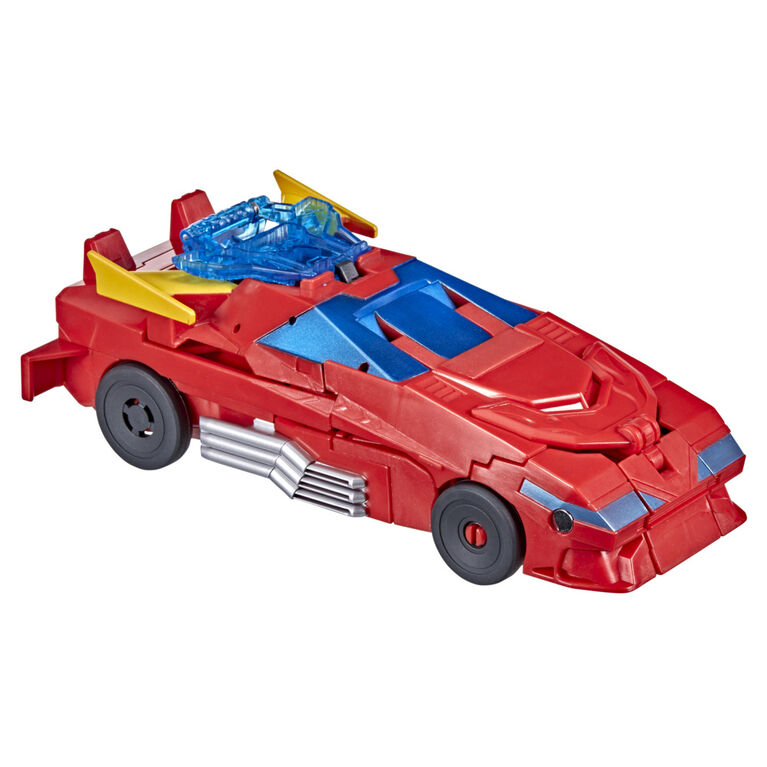 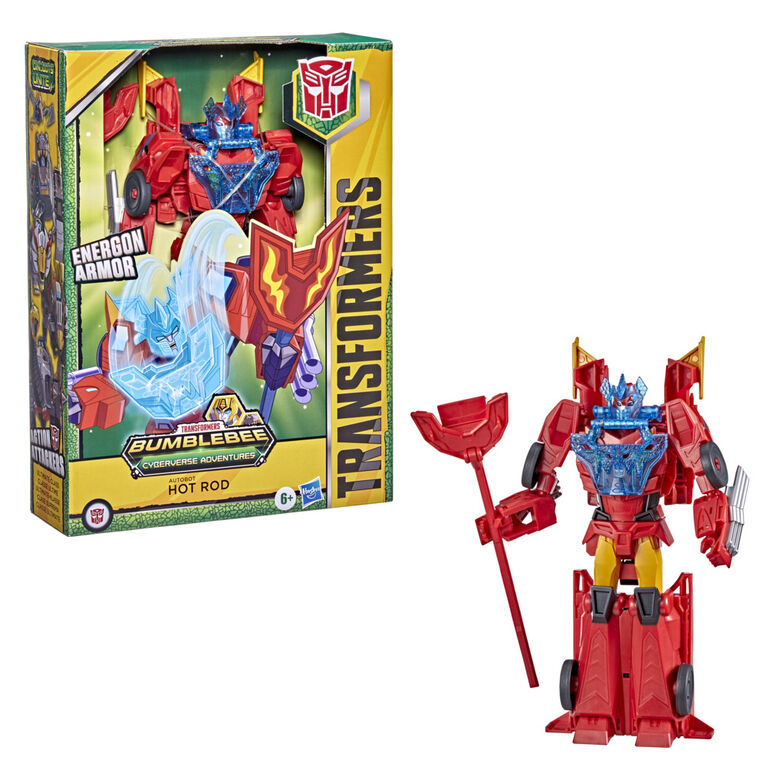 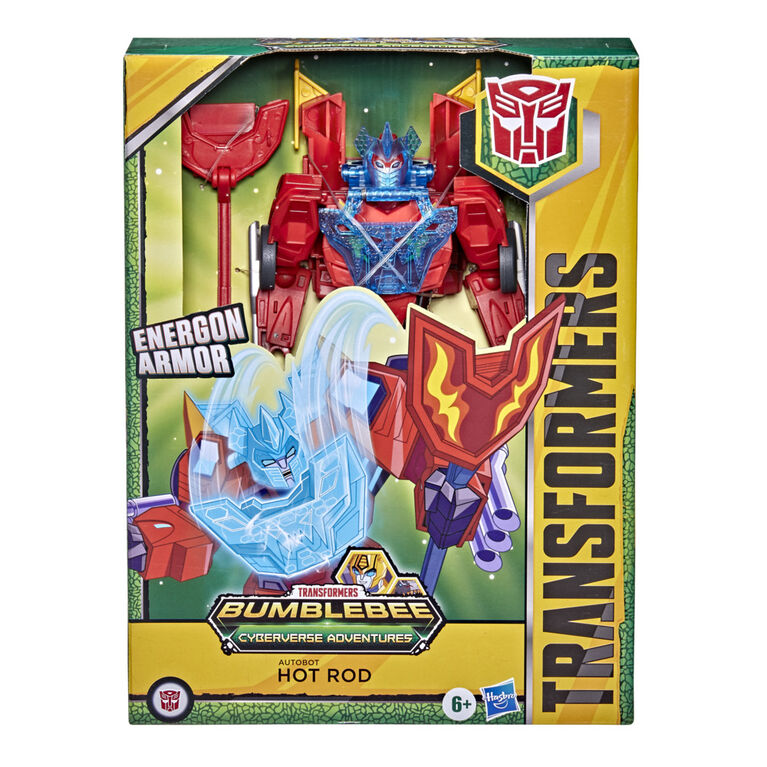 
The war between heroic Autobots and evil Decepticons continues on the Bumblebee Cyberverse Adventures animated series! As a powerful new threat targets Cybertron, it is up to Grimlock and his new friends, the Dinobots, to unite and save the planet! Discover the unique powers and skills of each Bumblebee Cyberverse Adventures character, and see how those powers will be used to defend Cybertron... or threaten it.

Autobot Hot Rod harnesses the power of pure energy for an Energon Armor-Up! Power up the Autobot Hot Rod figure by pressing the level on the figure's feet to automatically attach Energon Armor. Figure converts from robot to racecar mode in 9 steps. Pull out the weapon accessory in the last conversion step to activate the Twist-N-Change feature.