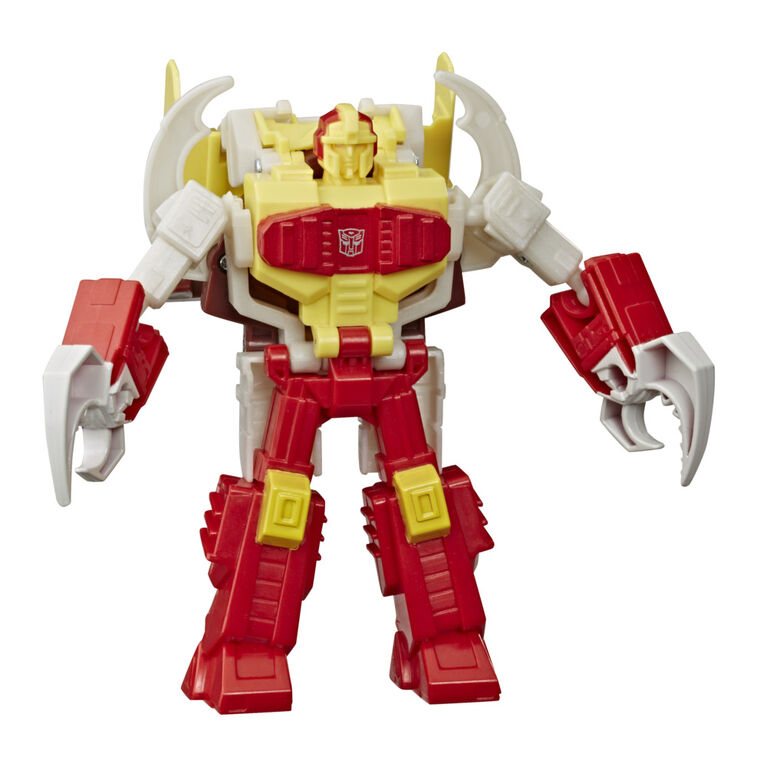 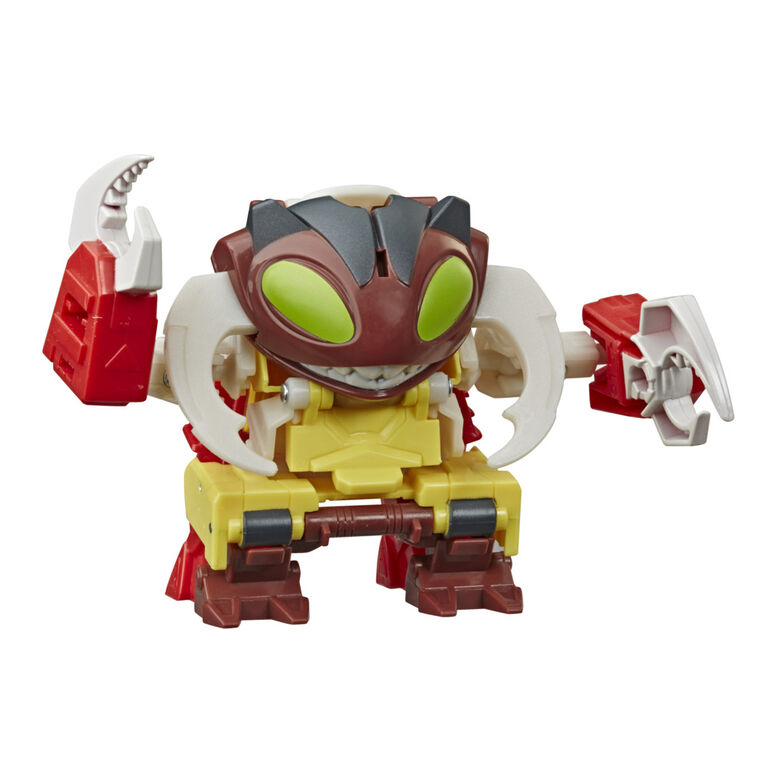 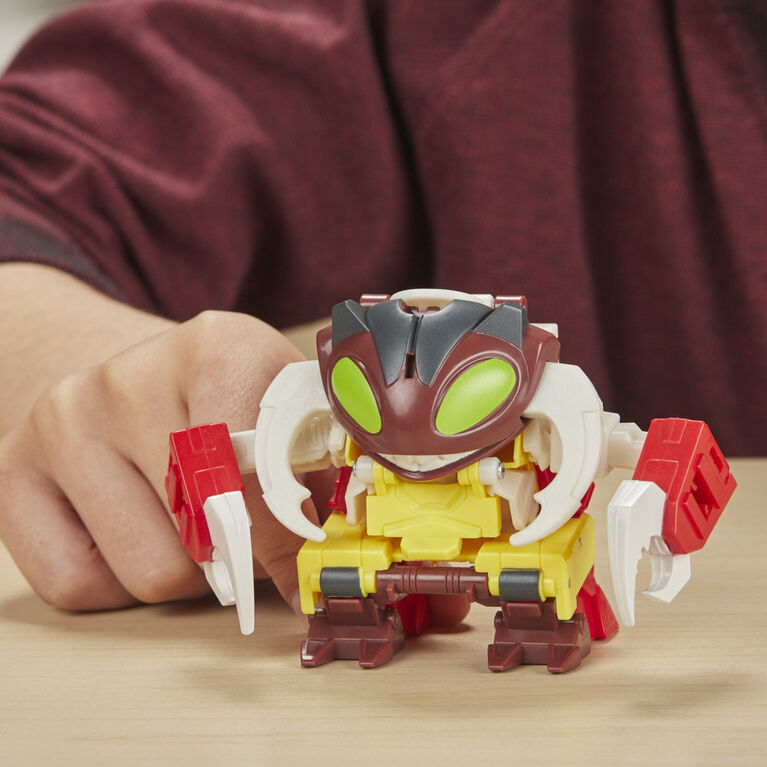 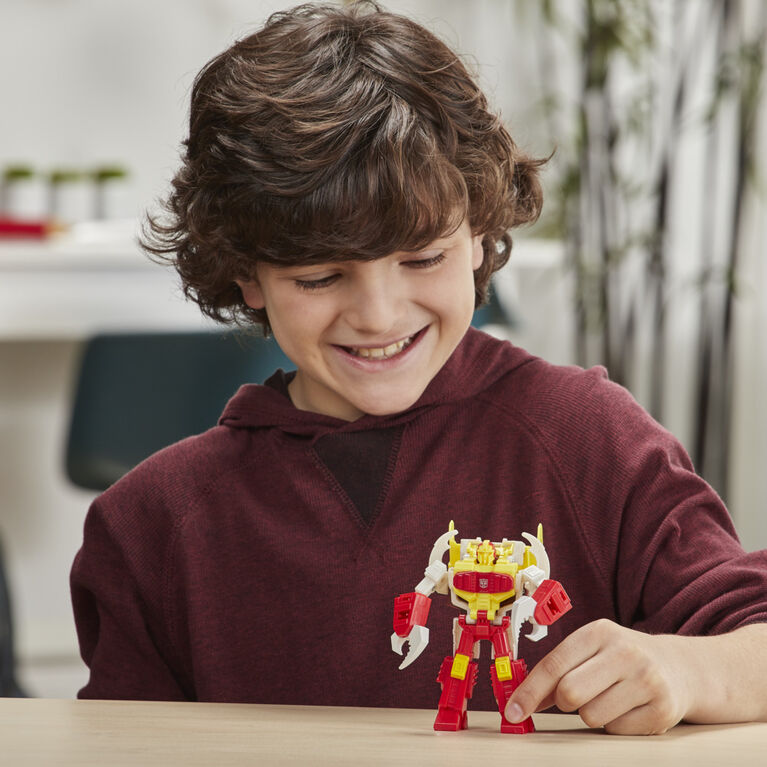 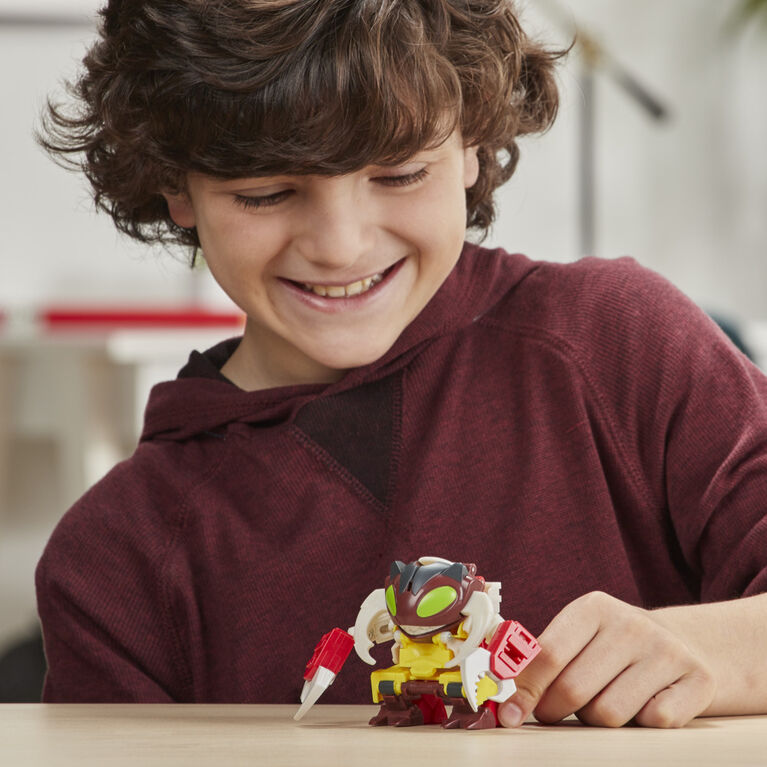 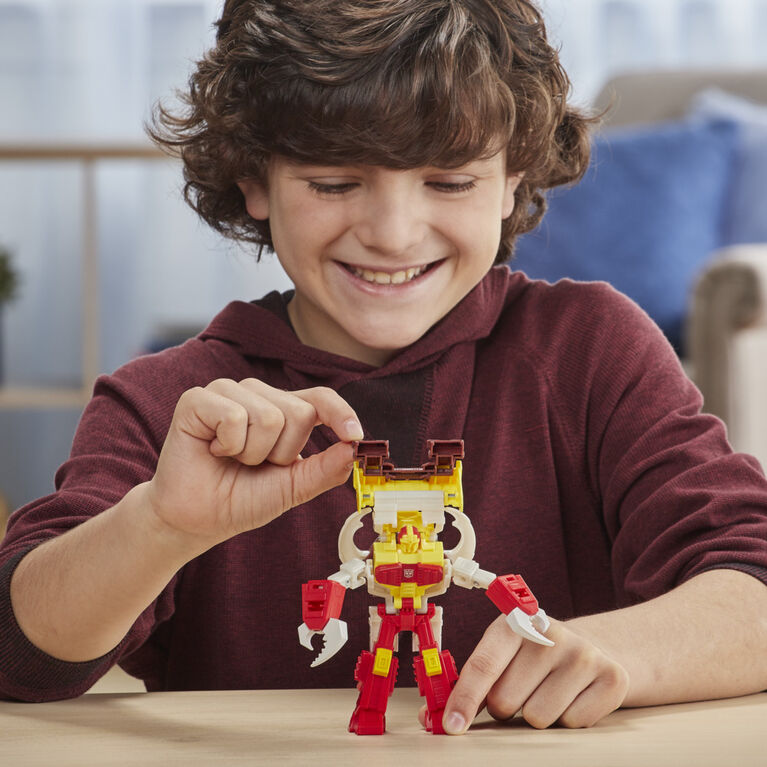 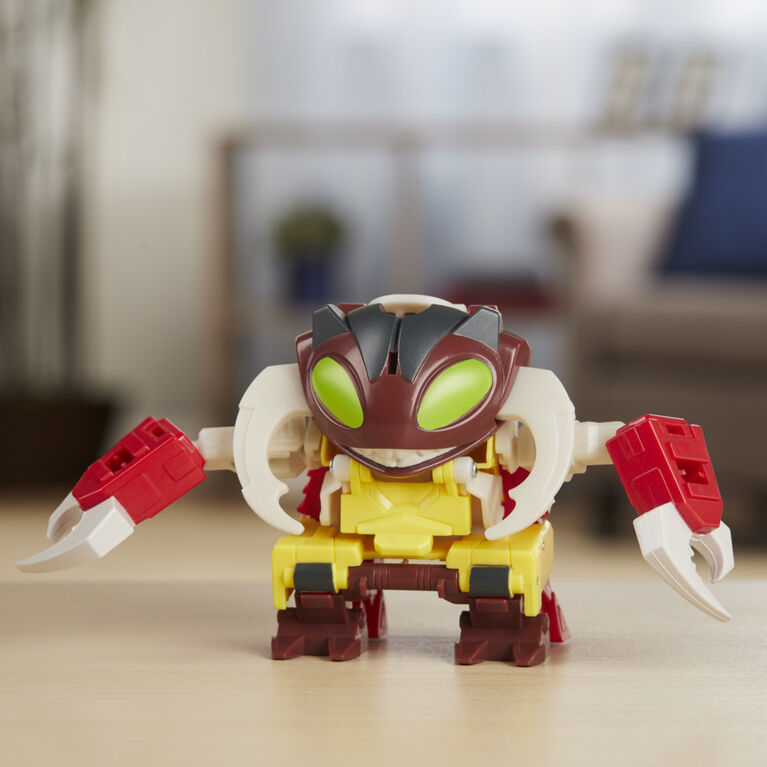 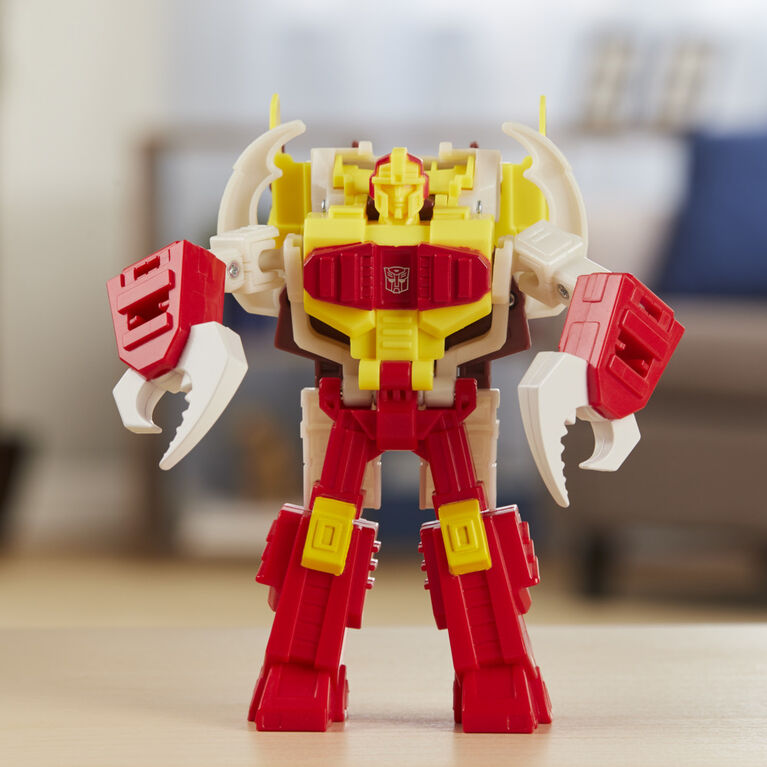 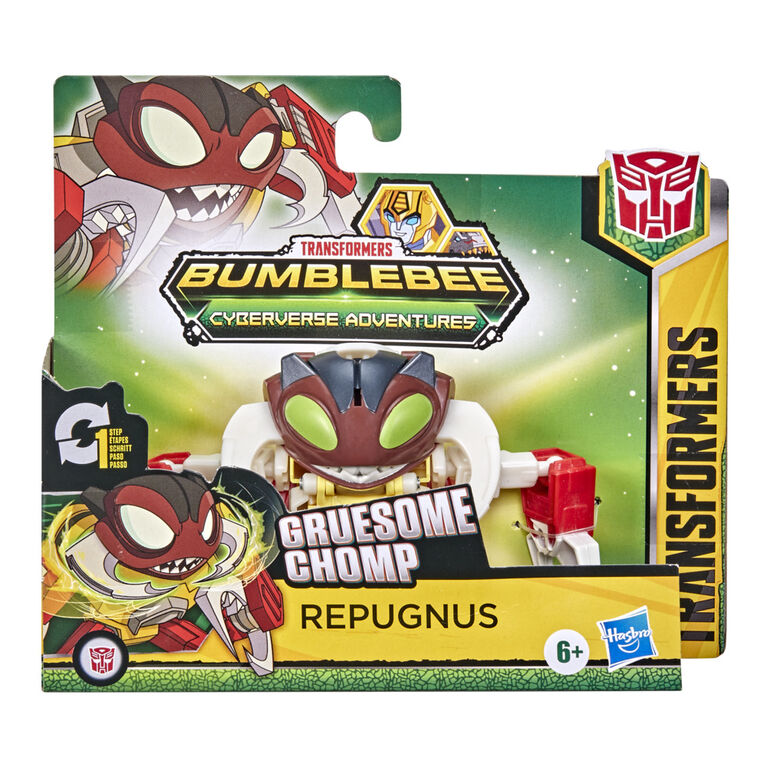 
The war between heroic Autobots and evil Decepticons continues on the Transformers Bumblebee Cyberverse Adventures animated series! As a powerful new threat targets Cybertron, it is up to Grimlock and his new friends, the Dinobots, to unite and save the planet! Discover the unique powers and skills of each Cyberverse Ad.ventures character, and see how those powers will be used to defend Earth... or threaten it.

Experience the excitement of quick conversion with figures that change between modes in 1 easy step! Simply convert Repugnus figure from robot to monsterbot mode in 1 quick step.

Kids can collect other 1-Step Action Attackers figures, each sold separately, to discover the signature attack moves of favorite characters from the Cyberverse Adventures series -- one of the best ways to introduce young kids and new fans to the exciting world of Transformers!